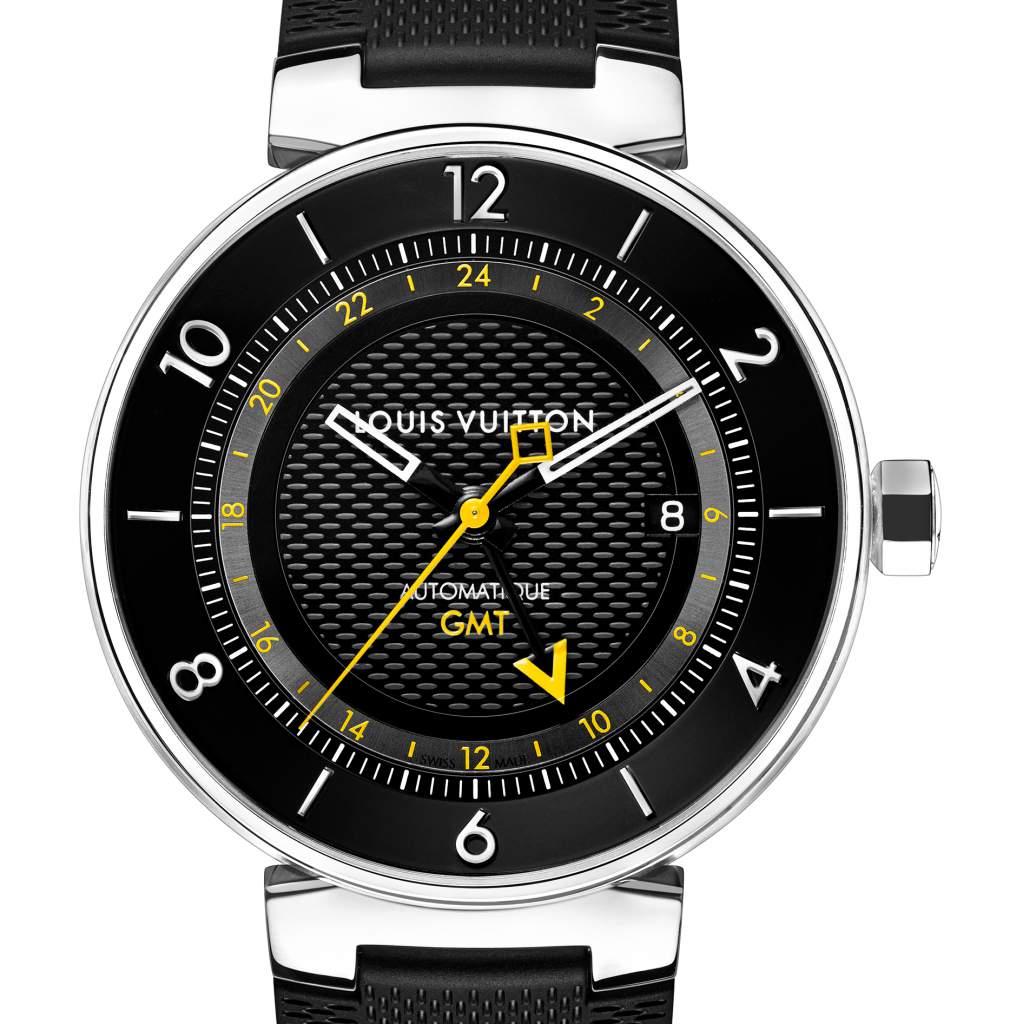 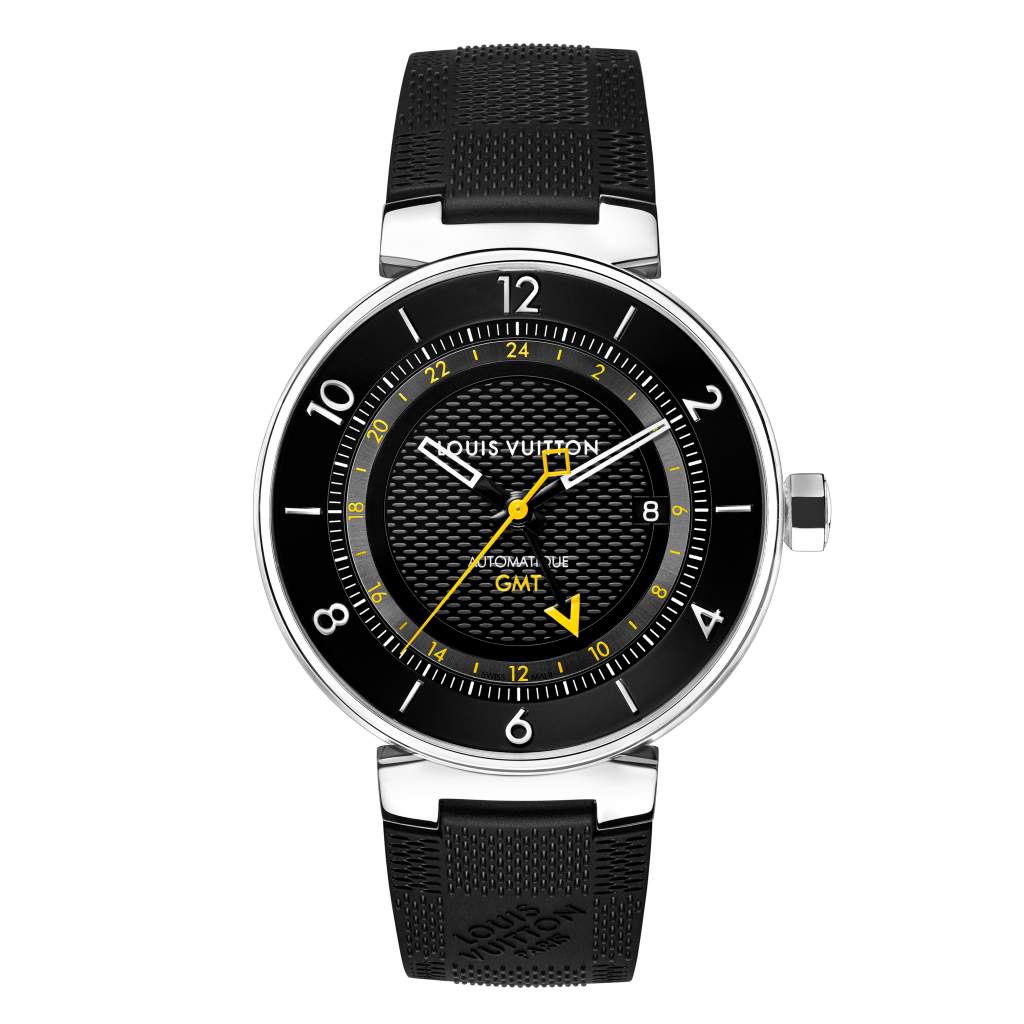 The Tambour Moon GMT represents one of Louis Vuitton’s most cherished themes: travel. That’s why the Tambour Moon gives the GMT function pride of place. This new elegant tool for the modern globetrotter is housed in a 41.5 mm case, available in both satin-brushed steel. It is powered by a self-winding calibre and is available in a choice of sand- blasted matte black dial with a sunburst satin-brushed GMT scale.

At the centre, the rice grain pattern recalls the weave of the Damier Graphite fabric.