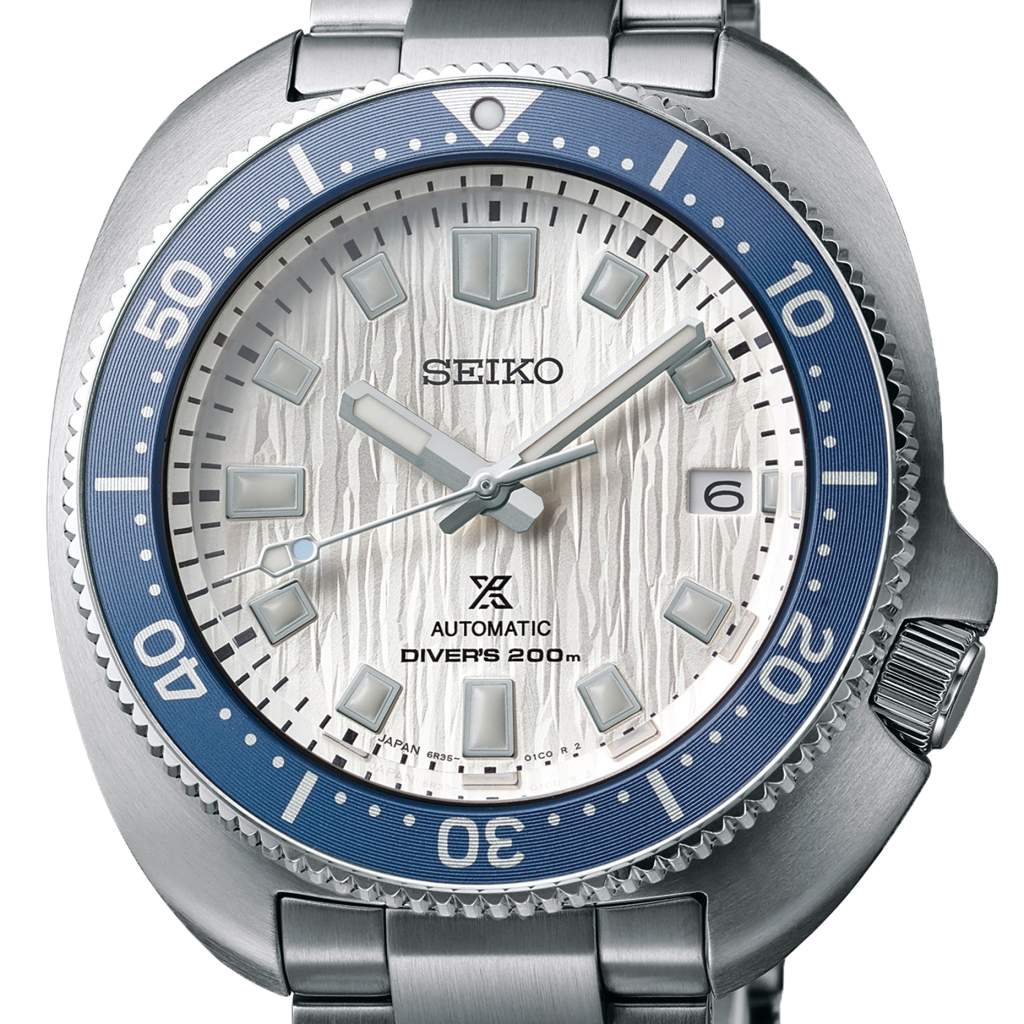 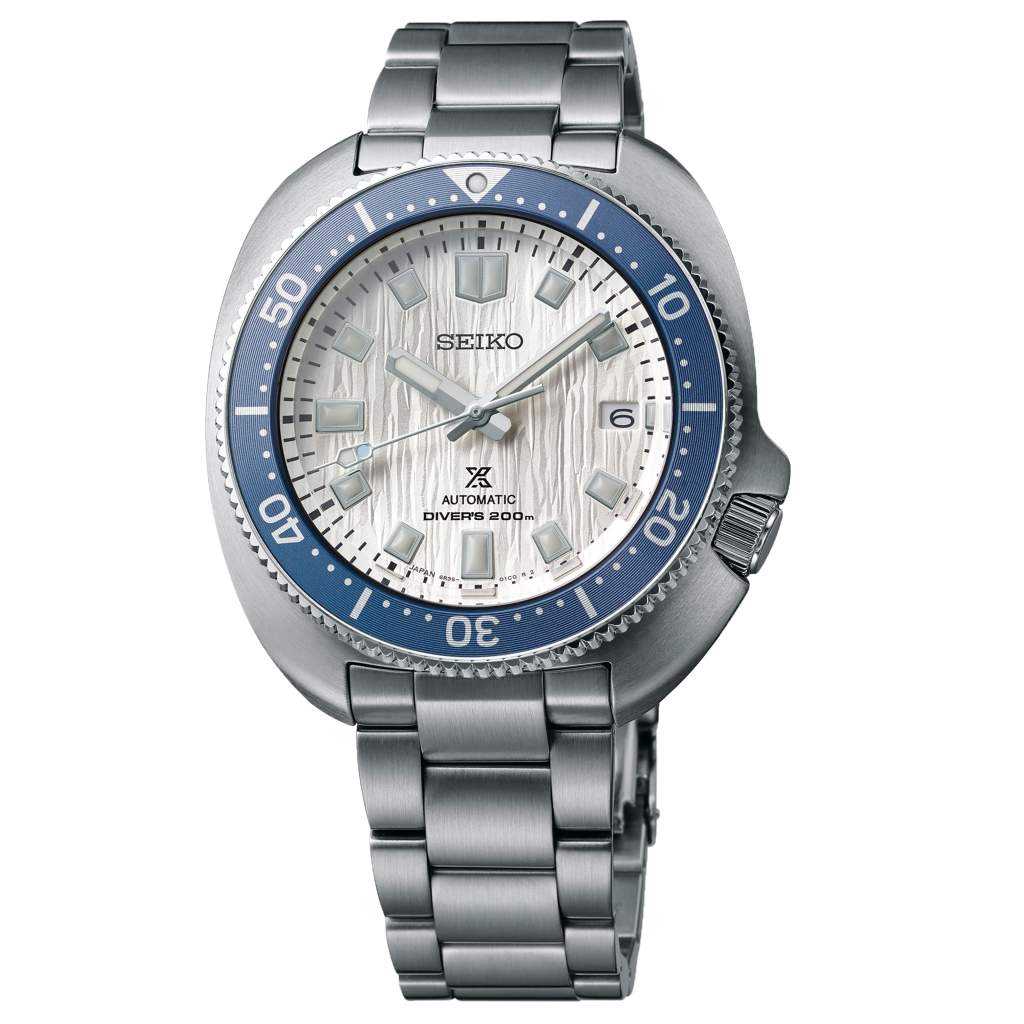 Seiko’s reputation for reliable and durable diver’s watches was forged in the 1960’s and 1970’s when they were chosen by adventurers and researchers on expeditions to the north and south poles. This watch is a modern re-interpretation of the legendary 1970’s diver’s that proved its strength and endurance almost half a century ago, when it was worn by Japanese adventurer Naomi Uemura when he completed a brutal 12,500 kilometer solo dog-sled run from Greenland to Alaska. The original 1970 watch had asymmetrical extension that protected the crown at the four o'clock position. Its solid construction, luminous hands and indexes and 150 meter water resistance were perfect for those who required a timepiece with exceptional strength and visibility.

Today, the 1970 diver’s is re-born with a textured white dial that captures the power and beauty of the glacial seascape of the Artic.

The watch is powered by the tried and trusted Caliber 6R35 which delivers a power reserve of 70 hours. It is 200 meter water resistant and presented on a steel bracelet with secure clasps and extenders. The case has a super-hard coating and the crystal is of sapphire with an anti-reflective coating on the inner surface to ensure high legibility from every angle. All twelve indexes have a generous coating of Lumibrite, as do the hands, to maximize legibility in the dark.

Born in 1941, Naomi Uemura was a university student when he took on the challenge of his first mountain climb. By the age of 29, he had climbed Mt. Kilimanjaro, Mont Blanc and the Matterhorn. In 1970, he became the first Japanese mountaineer to reach the summit of Mt Everest. Just three months later, he reached the top of Denali in Alaska (then known as Mt. McKinley) and thus became the first adventurer in the world to reach the tallest peaks on all five continents. In the winter of 1984, he succeeded in climbing Denali in winter but disappeared forever on the descent. Famed for his modesty as much as his achievements, Uemura was given the National Honor award shortly after his disappearance.