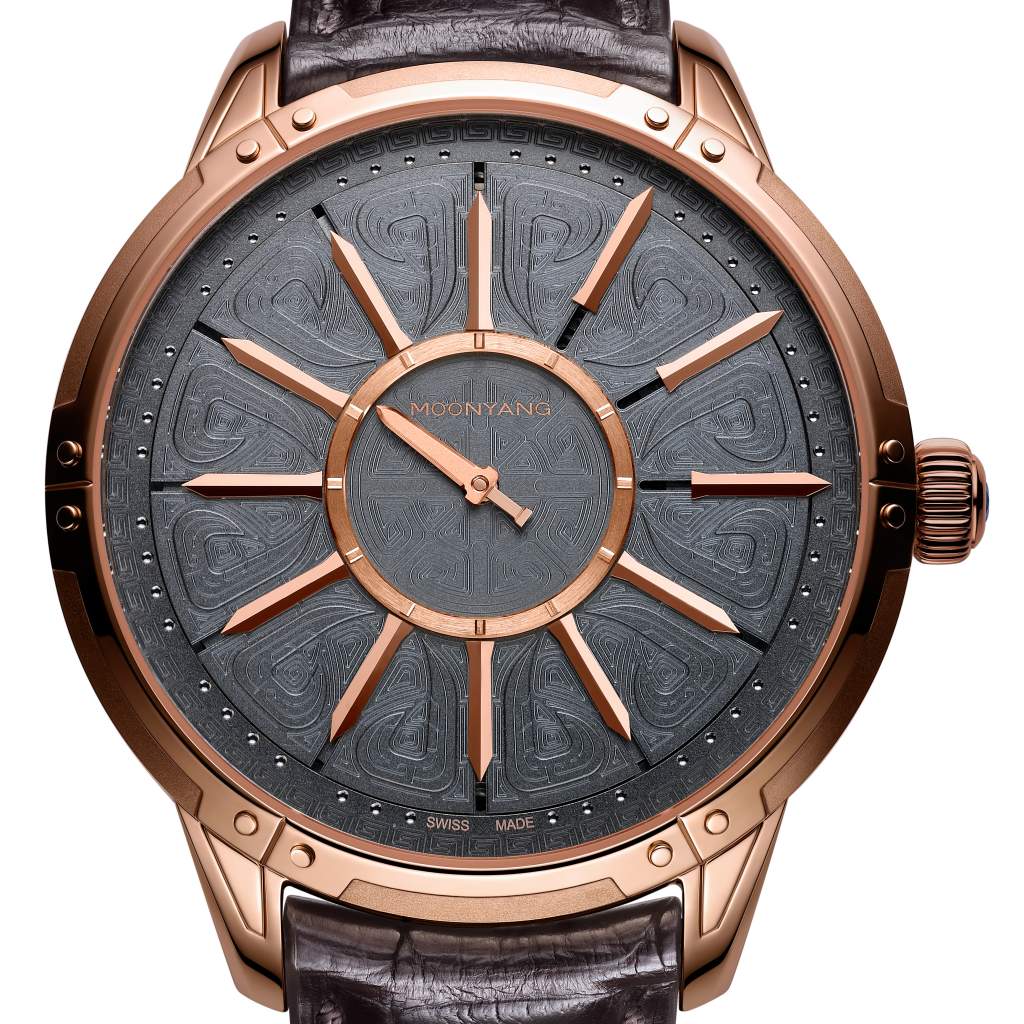 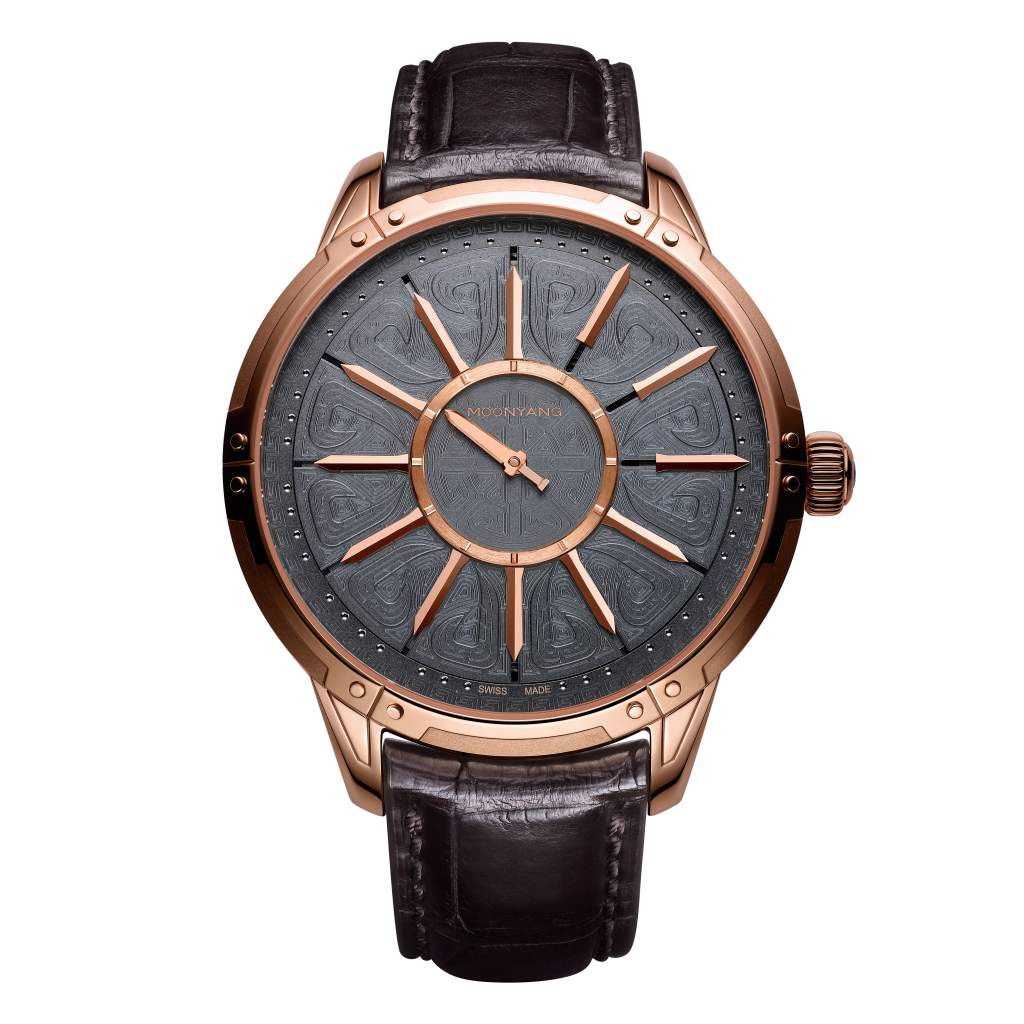 Mooyang designers have long been obsessed with ejection mechanism, the accumulation and instant release of power, especially the instantaneous pop-up ejection. From the perspective of designers, the release and accumulation of power is the most instinctive feature of life and the human’s most primitive pleasure is hidden at the instant ejection moment. Thus, the brand launches the first ejection watch within global scope. The ejection time-display can be said to the innovation worthy of being engraved on every people’s mind throughout the time-display history of the watch. It breaks through people’s traditional cognition habit on time display and ushers in a brand-new time-display method of watch.

The most prominent feature of this watch is that ejection time-display, the concept of Xuan-Yuan Sword and neoclassical style are perfectly integrated on a piece of watch.

As the most symbolic weapon in the era of cold weapons, sword is known as the monarch of hundreds of weapons. It enjoys a high status in oriental and occidental cultural civilizations. As the symbol of glory, sword also represents freedom and strength. The sword is an inextricable part of the hero’s legend. There has existed a tradition of presenting a sword to a hero since ancient times. The sword culture conveys mankind’s heroic feelings.

Jumping H Hands movement is jointly developed by Moonyang brand and Eric Coudray coming from Swiss TEC Co., Ltd. Jumping-hour movement needs to instantaneously burst out massive power in the ejection process, especially at the moment of the jumping from twelve o'clock to one o'clock. The required simultaneous withdrawal of eleven watch hands proposes a great challenge to mechanical structure and power allocation. In order to guarantee the maximized utilization of power and reduce power consumption of ejection motion, engineering and design personnel make strenuous efforts to fundamentally innovate the structure of mechanical movement. Moreover, the ejection distance and strength also need to be regulated in a complex and long-term way.

Complex technique on the dial

Complex technique of the watch signifies great technical difficulty. As the aesthetical and technique component of the watch, this special dial is composed by five-layer independent components and twelve independent indexes. The key part lies in the twelve tracks of election hands which need extremely high processing precision and extremely good surface finish. In order to guarantee stable motion of ejection hands, the cross-section shapes of the track are complex. The surface pattern on the dial is antique-style taotie pattern in ancient times of China. It is characterized by complex texture and great processing difficulty.

Moreover, the shape and precision of ejection track couldn’t be affected in the processing process of surface pattern. Thus, dial manufacturing factory couldn’t independently complete the production of such a kind of dials.

Twelve independent hands respectively pointing to twelve directions are magnificently placed on the dial. The position change of watch hands is used to display time, which manifests Yellow Emperor’s courageous and indomitable demeanor on battlefields flashing with knives and swords and presents the unique radiation sensation in visual effect. For each passing hour, a watch hand ejects and instantly breaks through the original layout on dial, then quickly recreates a new layout on dial. Each hour consequently brings about completely different sensory experience so as to constitute a kind of unique dynamic layout aesthetics, which is exactly the unique feature distinguished from that of other watches.

The emphasis on details is fully manifested in all aspects of the King Arthur watch and ultra-precise grinding techniques are used for hour hand and minute hand. The dial adopts the modeling design of taotie pattern in ancient times, uses the casted-iron texture to restore the distinct outlook in era of cold weapon. The bezel and hinge lug use the armor, rivets and inserted inlaid blocks elements which are inlaid on the case in the form of independent components. The natural sapphire inlaid at the position of crown enriches product connotations in aspects of tactile sensation and sense of values.