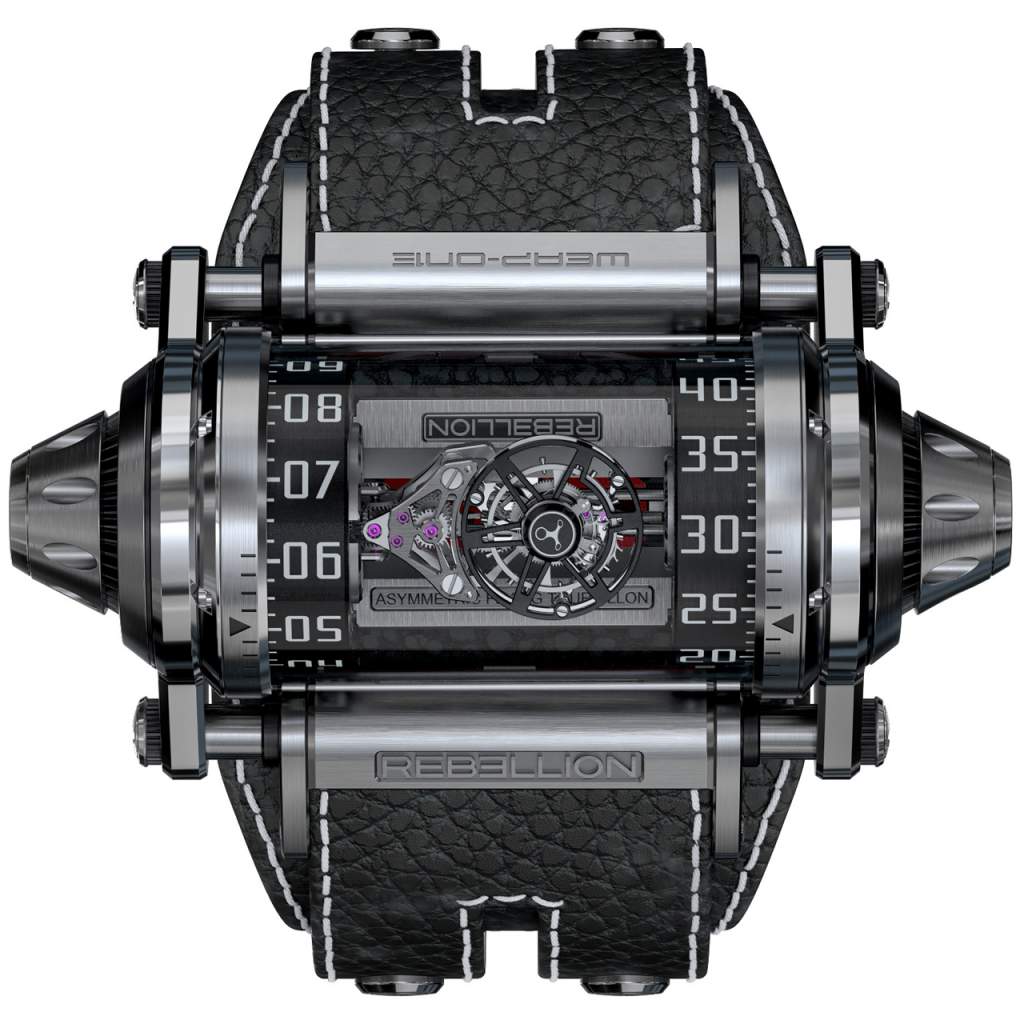 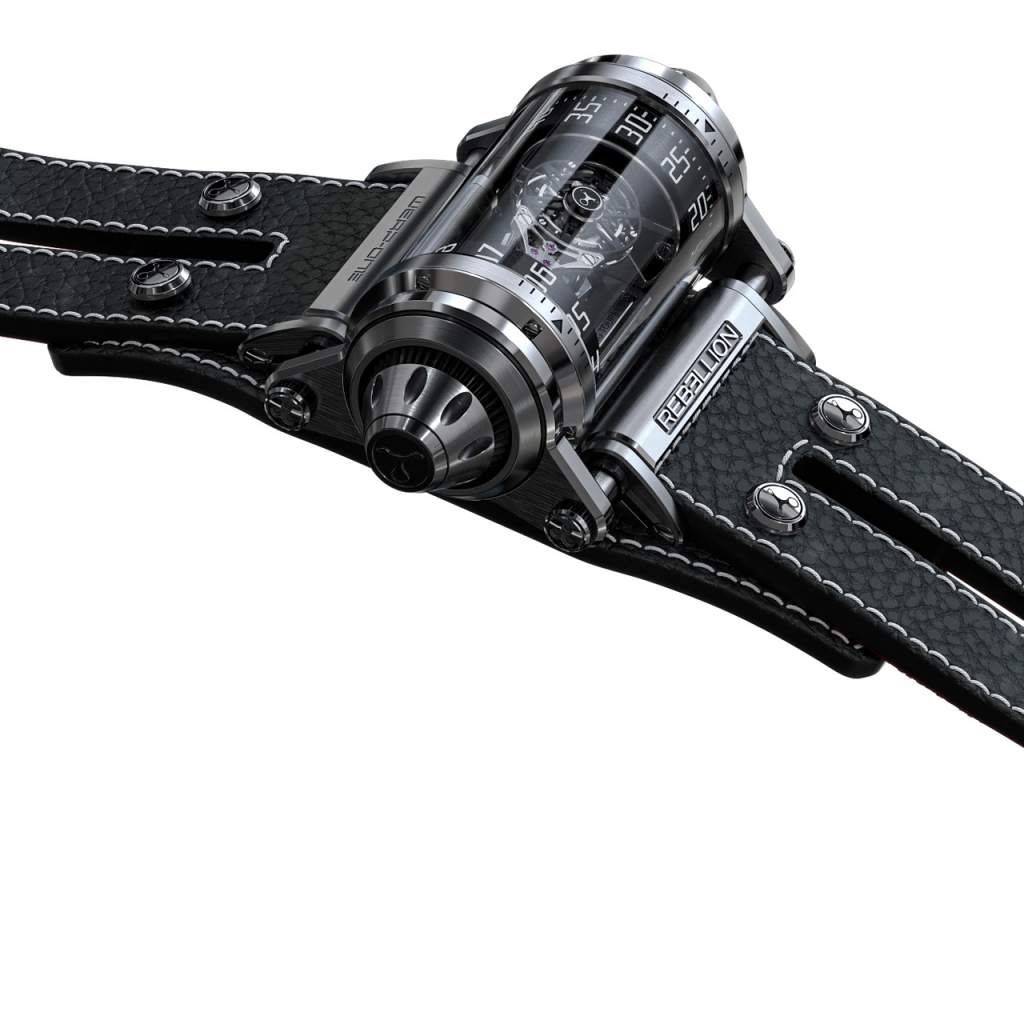 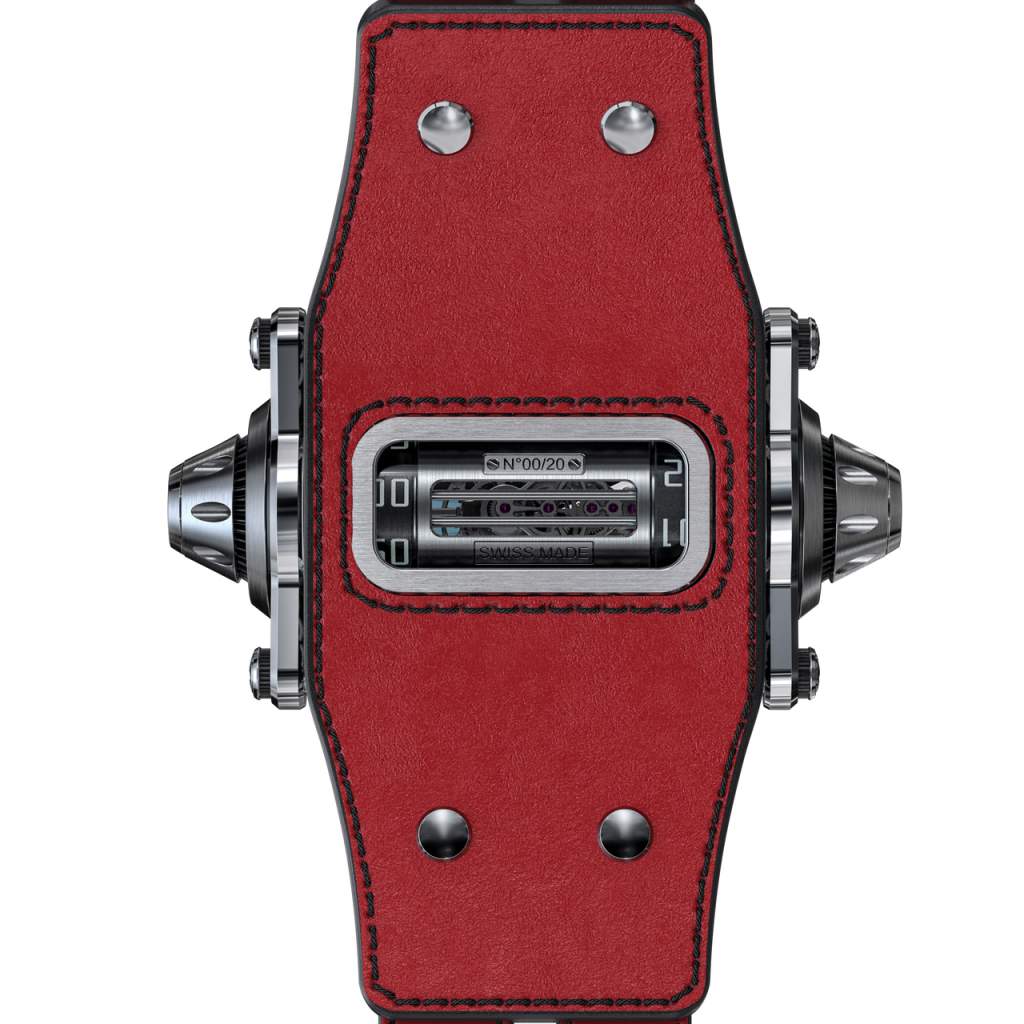 Free from traditional restrictions of form and use, the Weap-One (pronounced similar to weapon) is a piece of mechanical art that breaks the mold.

Suspended between the hour and minute rollers, an asymmetrical, 60-second flying tourbillon rotates on multiple axes thanks to the differing rotation speeds of its base wheels. The first of its kind, the right completes one rotation per minute while the left side completes 0.5 rotations per minute. This difference in speed results in a movement which sees the tourbillon wander throughout the tube’s available space. Designed by Fabrice Gonet and made in collaboration with Concepto, the movement is housed in a sapphire crystal tube which offers maximum viewing.

Integrated into the Weap-One are several pieces of racing technology. Like the wheels of a race car, the rollers and tourbillon-mounted plates rotate at varying speeds. To compensate for this difference in speeds, the movement was developed with two differentials modeled after those found in race car suspensions.  Ten ball bearings have replaced jewels in this piece for additional reduction in rotational friction as well as radial and axial loads.

Two rollers read the time hours on the left and minutes on the right. The numbers and indexes are treated with Super LumiNova® to ensure ease of readability day or night. Finishing the piece is a dual crown system mounted on either side of the movement and fashioned after wheel nuts the left sets the time while the right winds the movement for 50 hours of power reserve.