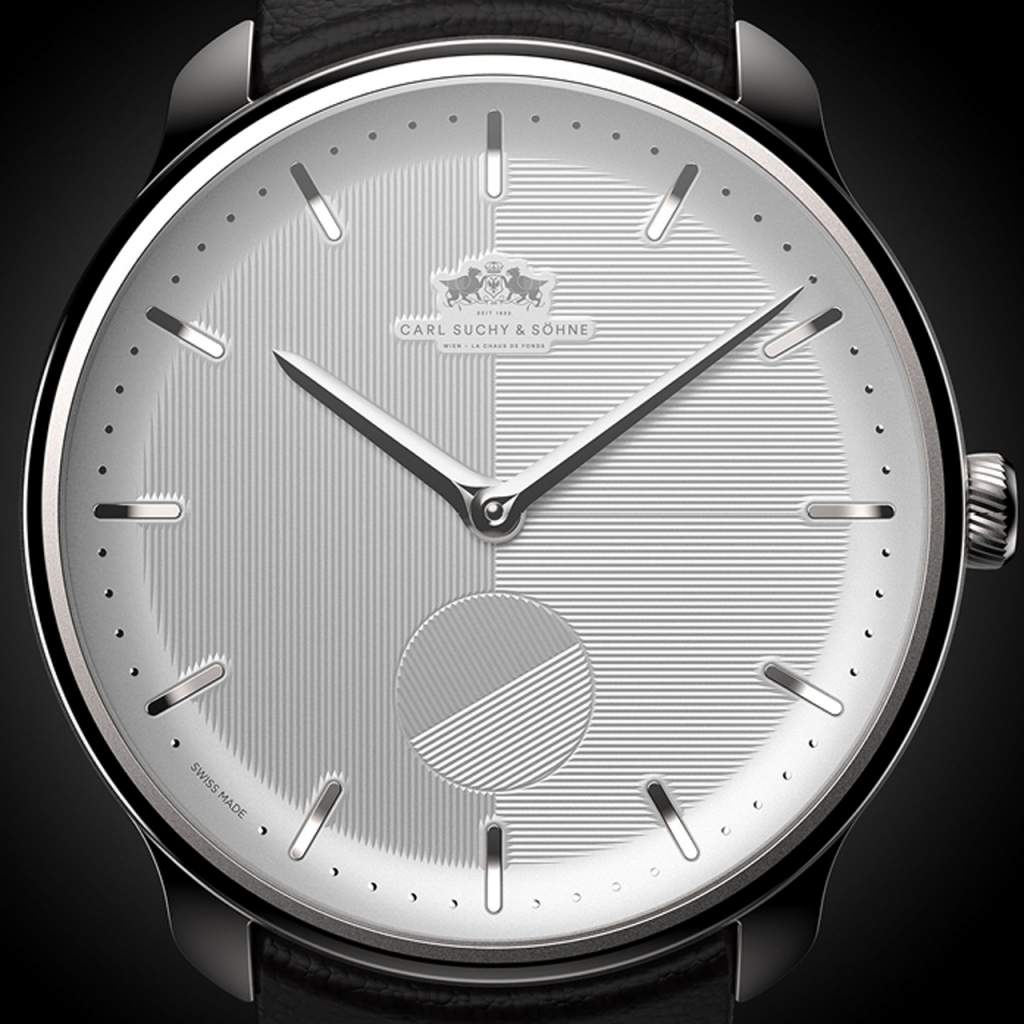 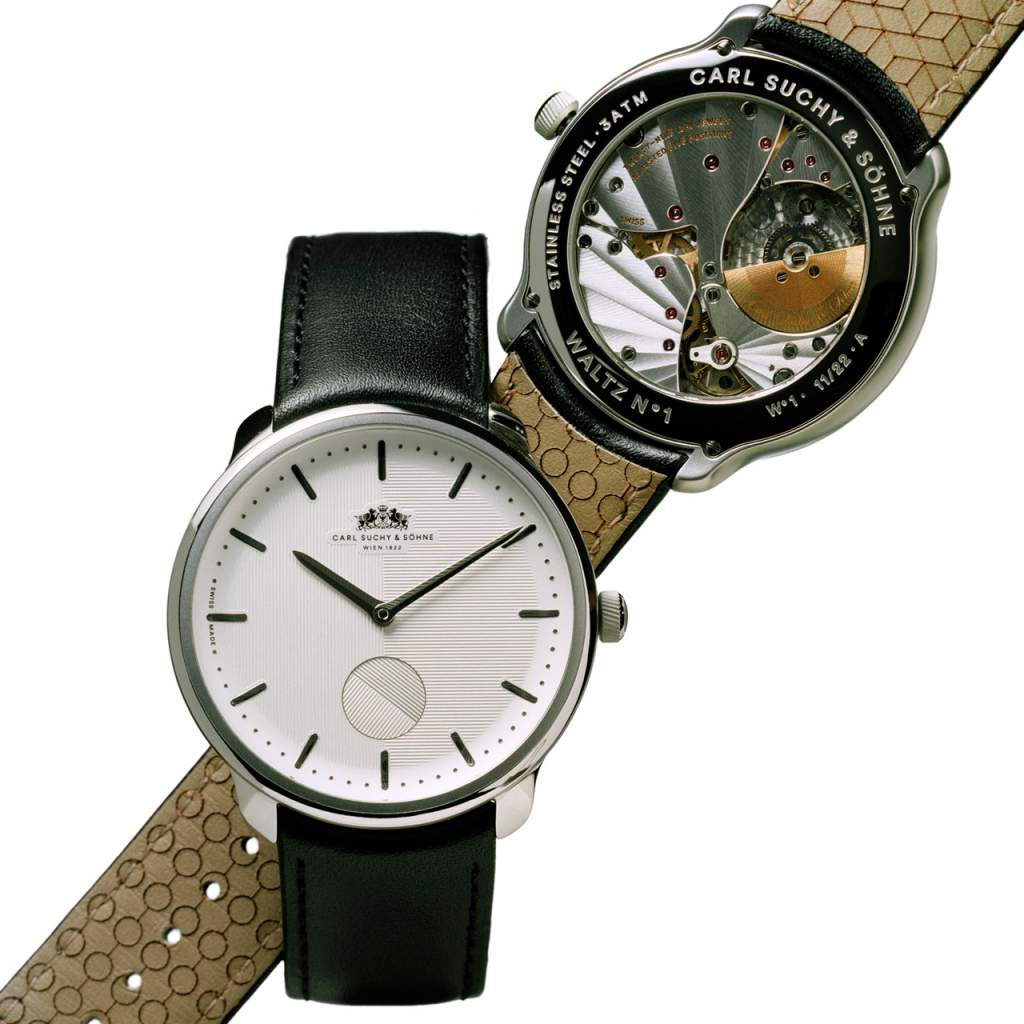 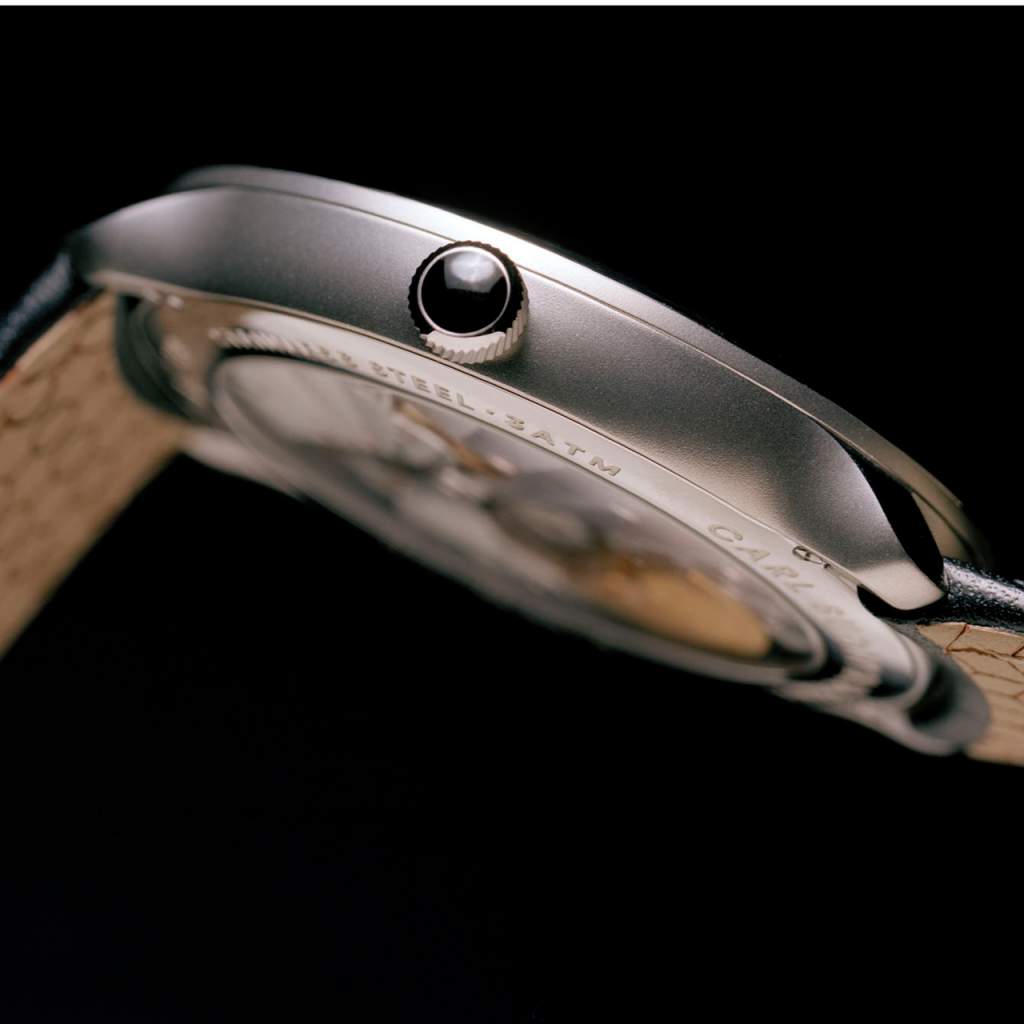 Designed by young up- and-coming designers Milos Ristin (Écal) and Rein Steger (proxi design), the “Waltz N°1” translates traditional elements of Loos’ design into the features of a cutting edge watch combining Viennese elegance and Swiss precision. The watch’s most characteristic feature is the seconds-hand in form of a decorated turning disc, which alludes to the dancing movement of the Viennese waltz and the Viennese laid-back culture, in which the second doesn’t count. Once a minute, the pattern of the disc aligns with the asymmetrical decoration of the dial, closing the movement of the waltz.

Design inspired by Adolf Loos can be found in the sparingly used decoration, the smooth transitions and subtle contrasts of polished and mat surfaces. The subtle elegance emphasizes the high-quality of materials used and outstanding craftmanship. In line with Viennese Jugendstil, the “Waltz N°1” is available in four different colour-compilations consisting of black and white.

By selling directly and not insisting on large margins, the “Waltz N°1” can be sold for a reasonable price. “Carl Suchy & Söhne” relaunched in February 2017 at the Viennese “Looshaus”. The first limited edition of 22 watches is already sold out, the second edition with 50 watches will be finalized in November 2017.