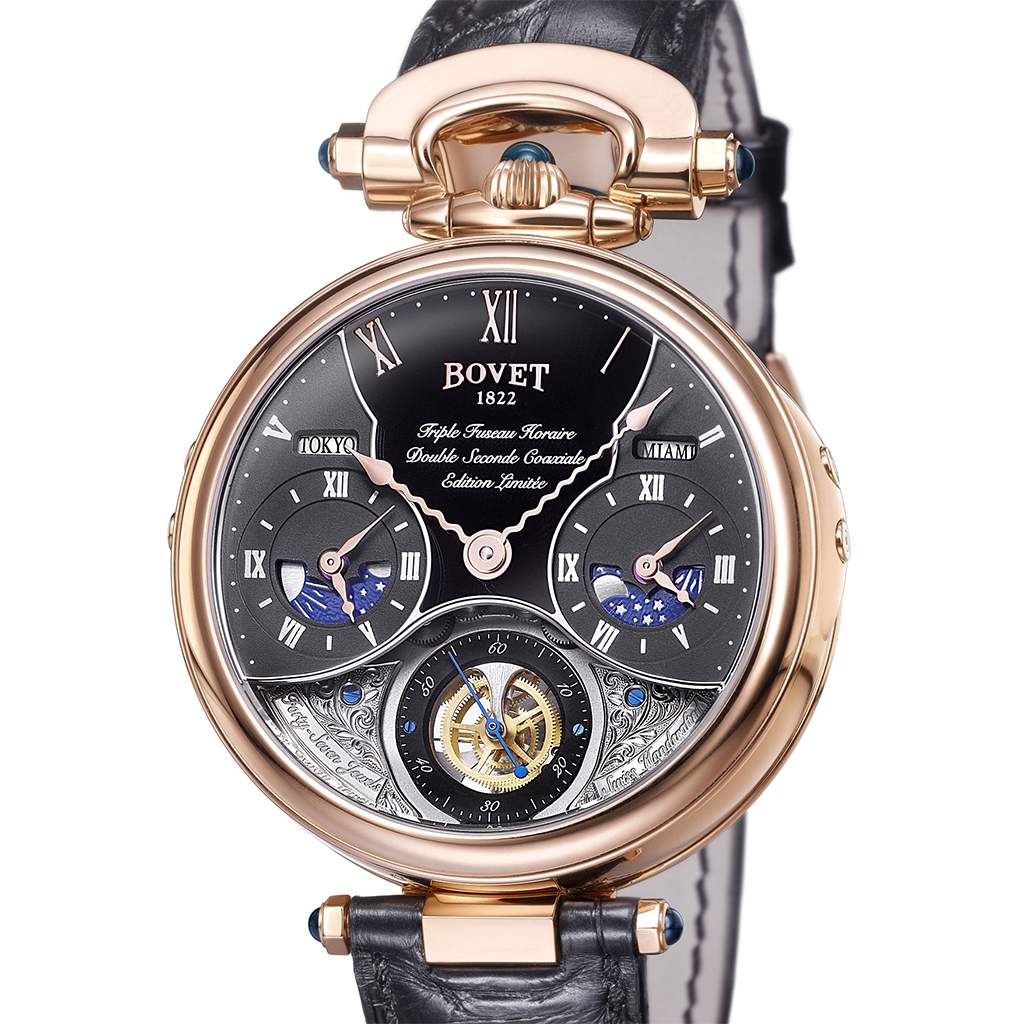 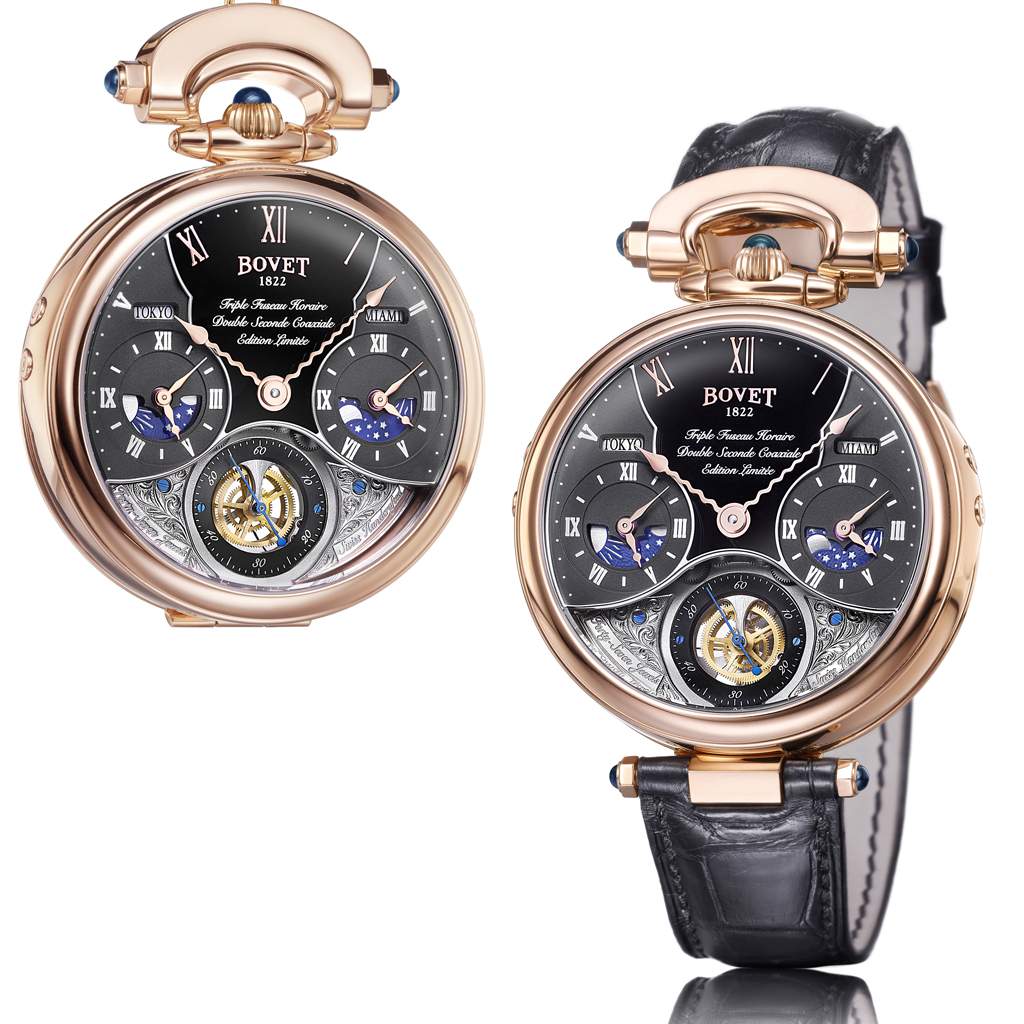 The Virtuoso VI perfectly embodies BOVET’s accomplishments and progress over the last fifteen years. Like the other timepieces in the Complications Collection, the Virtuoso VI is powered by the Calibre à Spécialités Horlogères that was specially designed to incorporate a wide range of complications on either side. On one side, the off-centered hours and minutes dial at 12 o’clock reveals the harmony and symmetry of a movement that melts seamlessly between the dials and the convertible Amadeo® case. On the left of the dial, the power reserve indicator displays what remains of the seven days’ autonomy provided by the single barrel, which maintains the oscillations of the balance at 21,600 vph. Located at 7 o’clock, the balance triangulates in perfect aesthetic symmetry with the center wheel at 5 o’clock and the transparency of the double coaxial seconds, which in this case also features a triple seconds hand on a dial at 6 o’clock. The subject of a patent filed in 2013, the double coaxial seconds mechanism enables the seconds to be displayed on both sides of the movement. The real achievement resides in superimposing two seconds wheels turning in different directions on the same axis.

The double coaxial seconds function and its mechanical choreography draw the gaze to the second face of this timepiece. And here, the collector benefits from yet another patented complication—the Amadeo® case system, which enables the timepiece to be converted into a pocket watch, a table clock or a reversible wristwatch without the use of a single tool.

A simple gesture thus allows the wearer to reveal the side of the timepiece that attests to the resolutely useful—and indeed indispensable—character of its complication. The three time zones of the Virtuoso VI are very distinctly displayed along the horizontal symmetrical axis. Large serpentine hands indicate the local hours and minutes. Two other time zones displayed at 9 and 3 o’clock can be selected from the 24 available. The hours and minutes are complemented by a day/night indicator and an aperture displaying the name of a city within the selected time zone (disk with 24 cities). The travel of the correctors used to modify the times and cities in the secondary time zones have been subtly contained within two prominences placed symmetrically on the sides of the case-side, thus enabling the diameter of the case to be limited to a perfectly proportioned 43.5 mm.

For the Virtuoso VI, the dial-makers also excelled themselves by producing four dials for a single timepiece. The lacquered and matt contrasts on the dial displaying the three time zones occupy two thirds of the movement. They trace a refined curve, which reveals the surface of the plate that has been hand-engraved with the legendary Fleurisanne motif.
This final sumptuously decorated surface brings us to the seconds hand in the center of this enchanting transparency, which invites us to marvel endlessly at the two complementary faces of the Virtuoso VI that, together, resonate in total harmony.