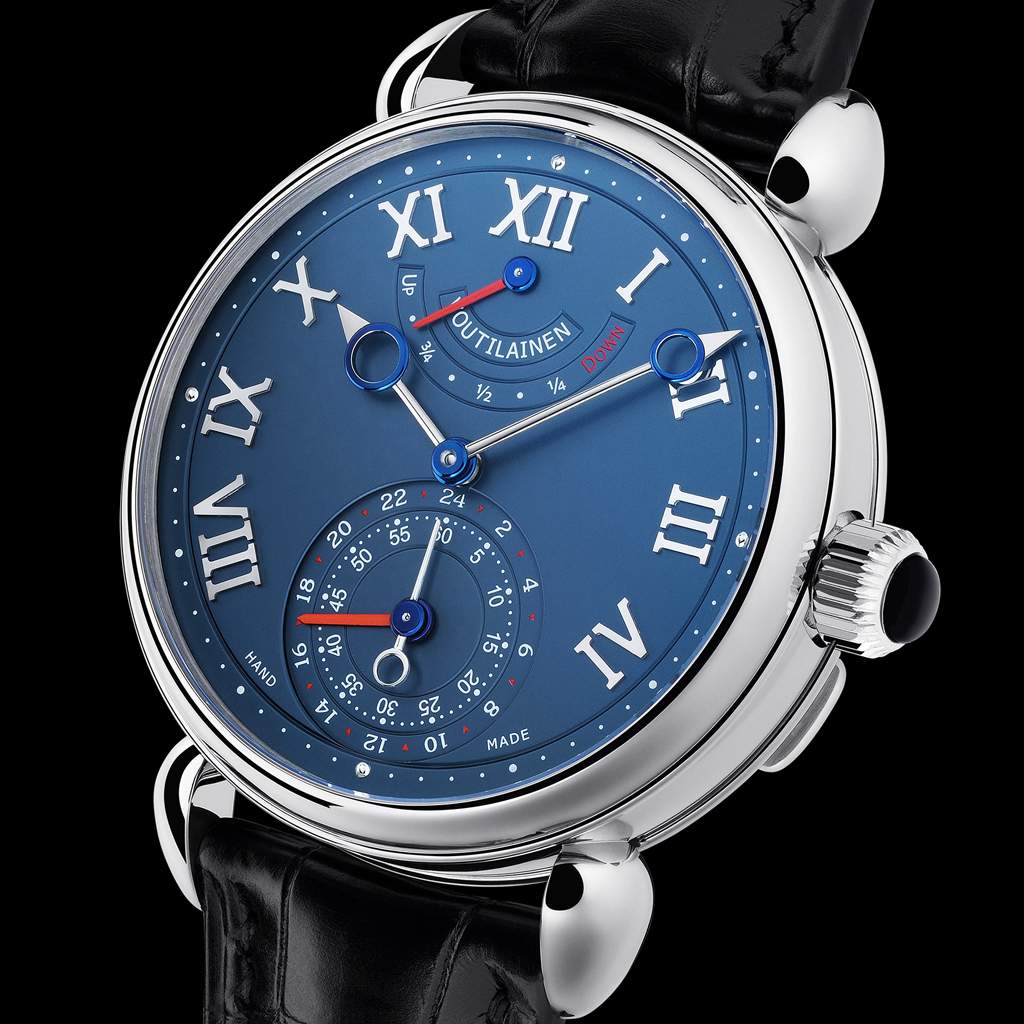 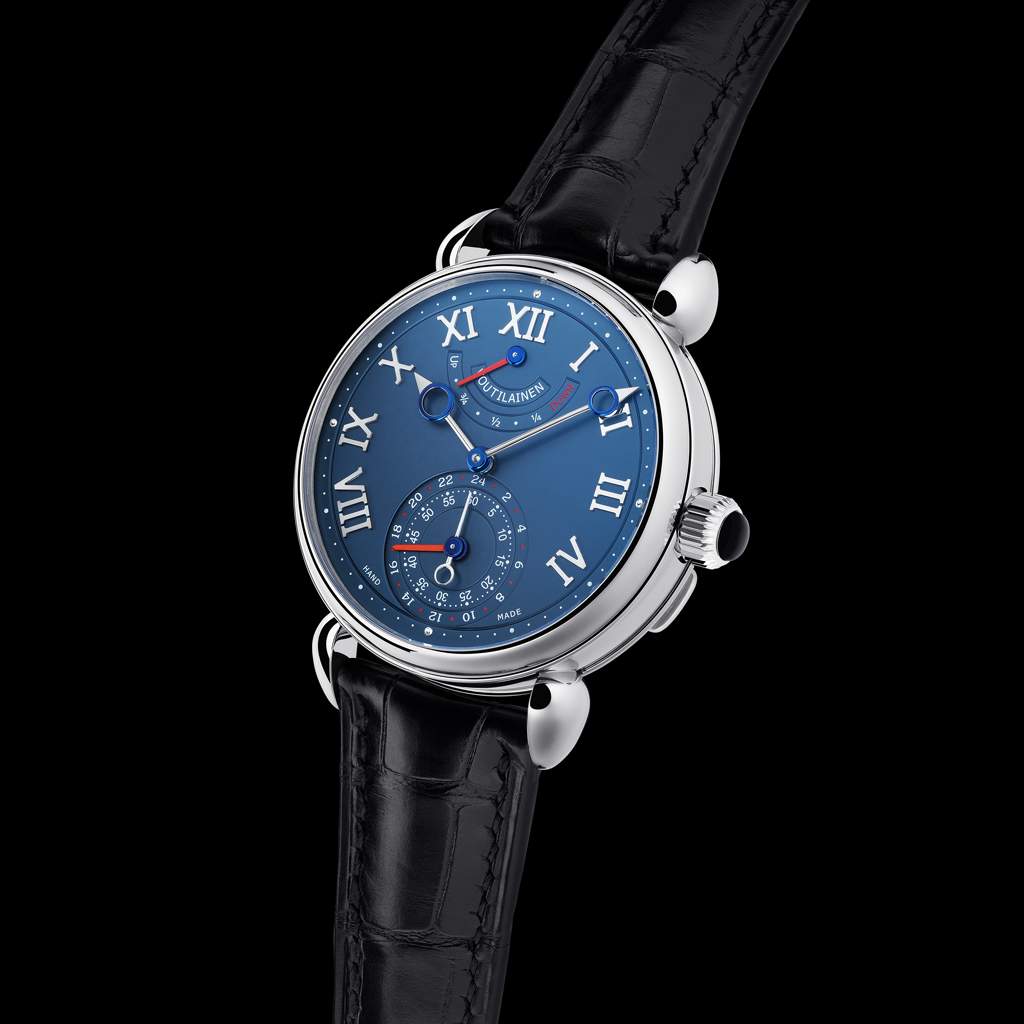 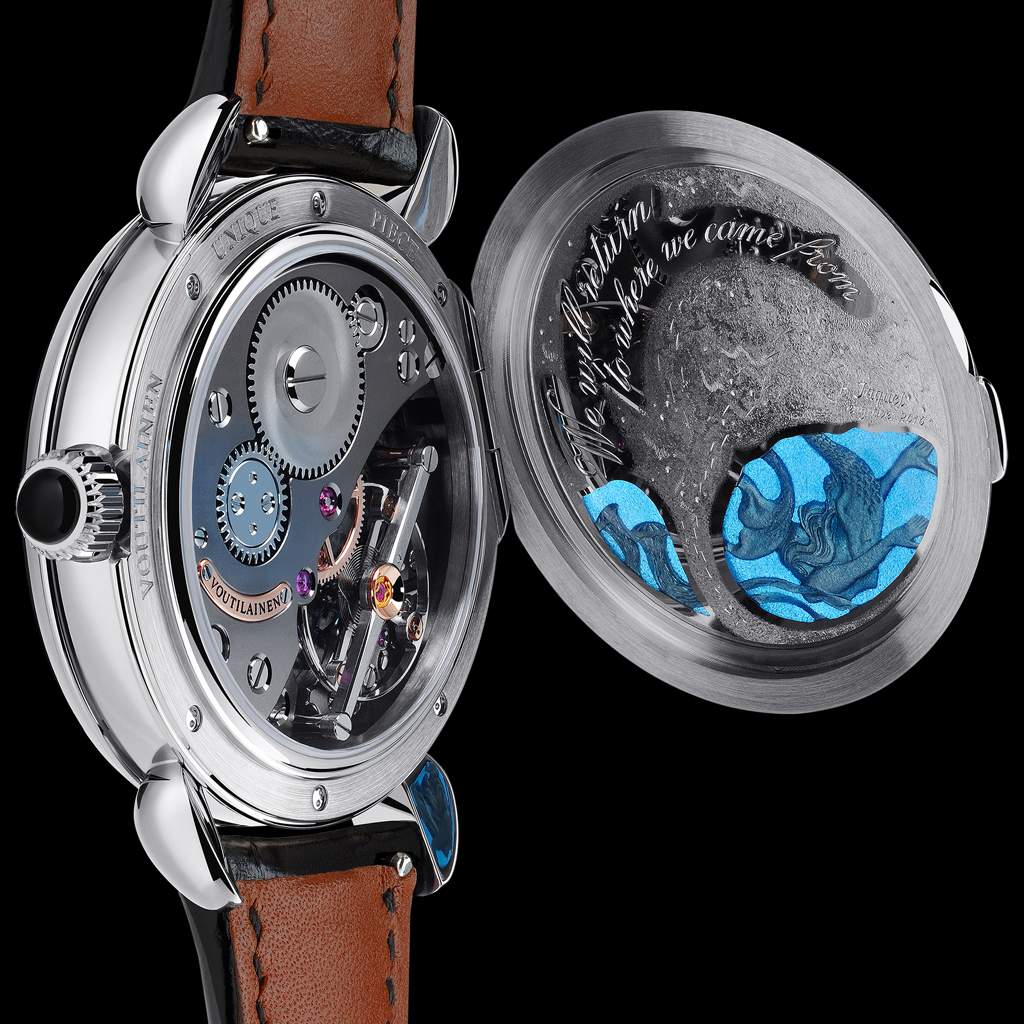 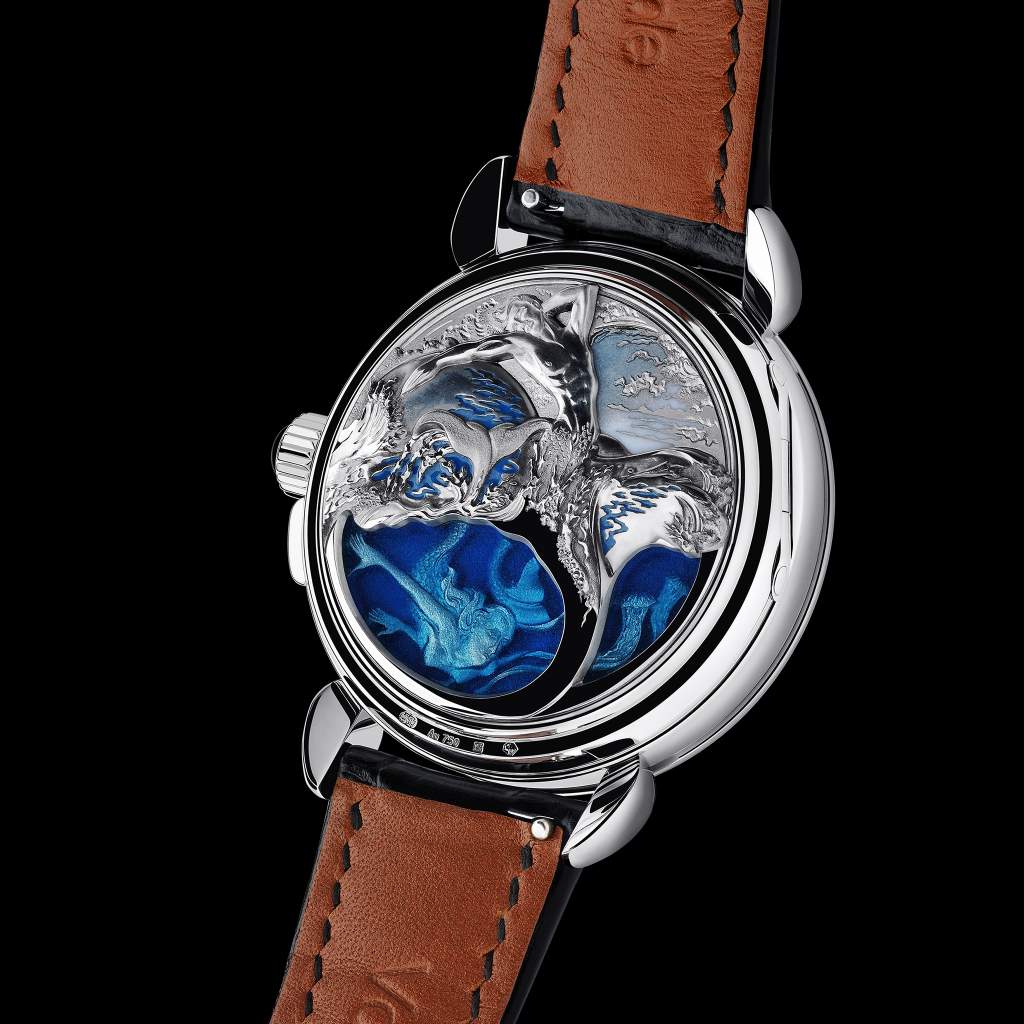 A unique Voutilainen timepiece in the ”Métiers d’art” category

Watchmaker Kari Voutilainen proposes a timepiece with a 24-hour second time zone and retrograde power reserve indicator. The movement, designed and handcrafted, as well as the dial were produced in the master workshop. Crafted in German silver, the topflight mechanism comprises no less than 250 components and 28 jewels. It cleverly allows the crown to adjust the second time zone so that it advances by the hour rather than rotating freely, thus maintaining accuracy with regard to local time. While the sapphire crystal makes it possible to admire the traditional finishing of the movement with Côtes de Genève decoration and hand-chamfering, the dial also boasts refined elegance. The GMT embraces the small seconds at 6; while the retrograde power reserve indicator is positioned at 12 o’clock.

“Never before have I produced such a complicated piece”. For Swiss master engraver Eddy Jaquet, production of this unique watch will remain forever in the forefront of his memory. In addition to the various engravings on the pivoting white gold lid (several layers of successively cut and sculpted precious metals), the Voutilainen Vingt-8 GMR which he handled also boasts another, equally demanding, decorative technique: enameling.

Specialist Inès Hamaguchi was responsible for the delicate enameling work that would create the aesthetic effect desired by Eddy Jaquet, a design with two silhouettes on both sides of the sea’s surface. While the traditional technique of champlevé enameling was called on to represent the sky and the sea foam, a unique, very complex method known as plique-à-jour was used to feature the sea itself in which a mermaid can be seen on both sides of the lid.

This timepiece, thanks to the juxtaposition of the engraving and various enameling techniques, including the plique-à-jour as a decorative element, represents a benchmark in watchmaking.

While the two artists maintain a veil of secrecy surrounding the creative process - “an experimental approach”, they claim -, Eddy Jaquet and Inès Hamaguchi admit that a series of discussions between their two workshops in the Neuchâtel canton were necessary before arriving at the final result. A painstaking and patient joint effort to produce an unparalleled effect, close to stained glass, of both movement and depth.

Of the twelve Voutilainen Vingt-8 GMR pieces in the limited edition collection, only one watch will have an engraved and enameled lid, exceptional for the complexity of its manufacture.