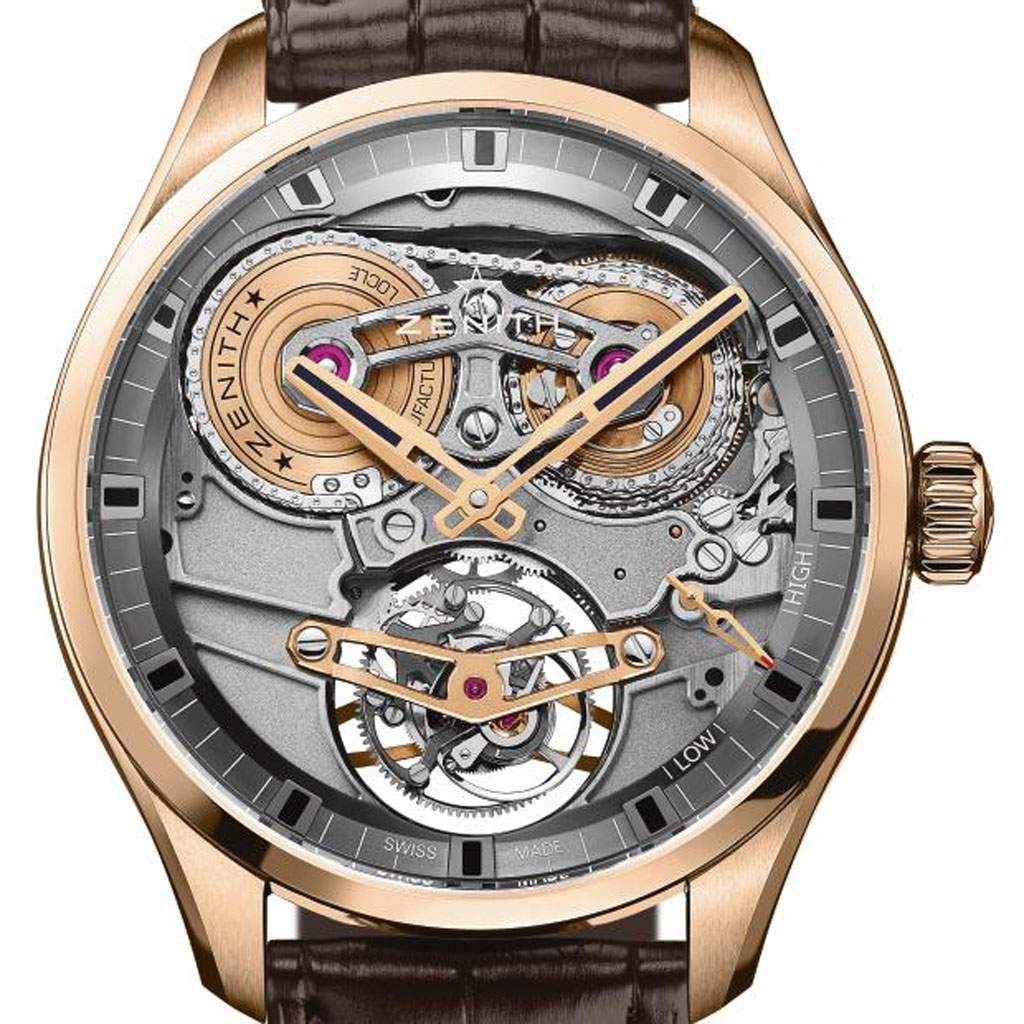 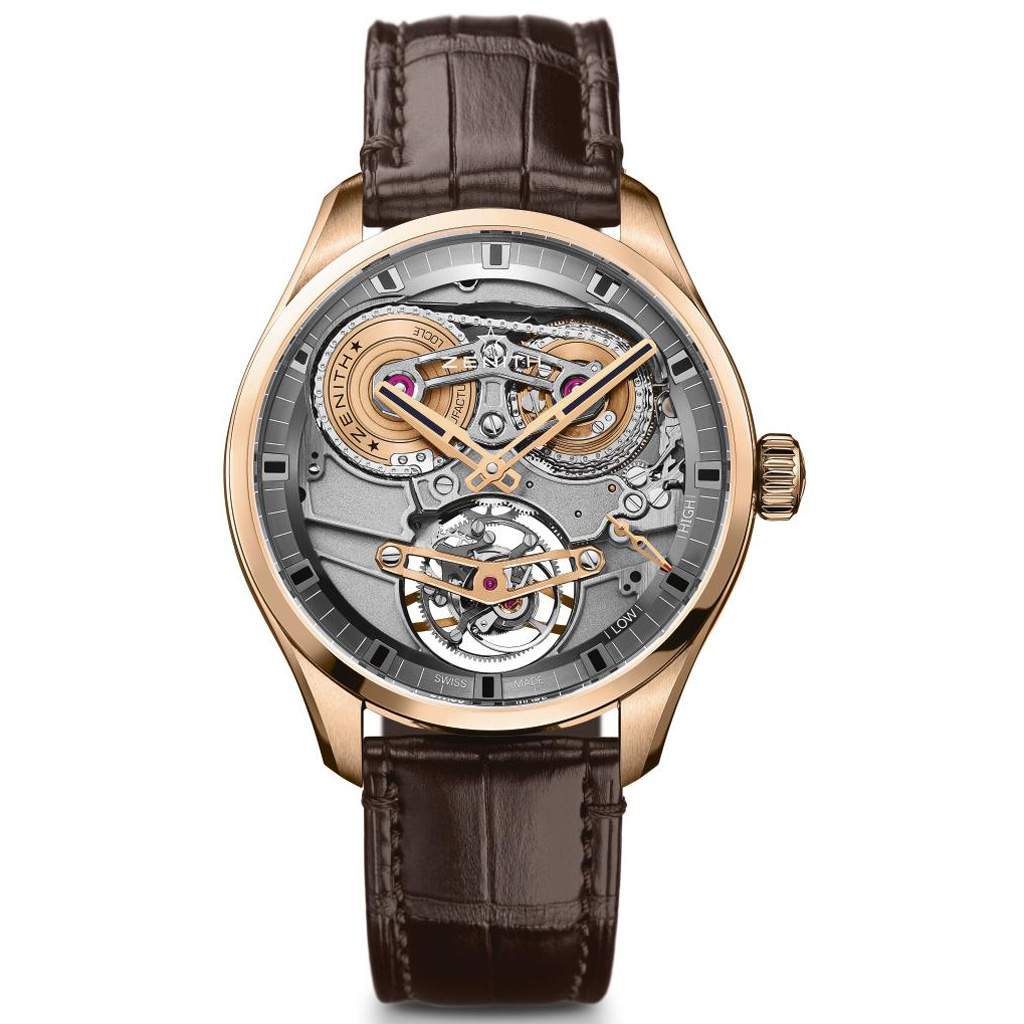 Eloquently expressing the comprehensive manufacturing expertise cultivated by Zenith, the Academy Tourbillon Georges Favre-Jacot flaunts its mechanism in an entirely transparent manner. Its rose gold case houses a new El Primero movement equipped with a tourbillon as well as a fusée and chain transmission system. These two horological complications, both specialities of the brand with the guiding star, are thus united for the first time in a Zenith high-frequency movement. The dial-free hand-wound El Primero Calibre 4805 provides a perfect picture of its magnificent mechanisms and its powerful architecture. An authentic technical and aesthetic feat stemming from a lengthy process of research and design affording an unprecedented view of the movement structure.

The manufacturing expertise of Zenith and its resolutely future-oriented mindset are entirely in tune with the genetic heritage cultivated by the Maison for more than 150 years. Zenith’s brilliant founder, Georges Favre-Jacot, instilled a pioneering spirit into the firm by creating one of the first industrial watch manufacturing facilities in 1865. This resolutely technical approach driven by a sense of daring has now given rise to the Academy Tourbillon Georges Favre-Jacot watch, issued in a 150-piece limited edition. Haute Horlogerie meets modernity in this remarkable fusée and chain tourbillon model, equipped with the new high-frequency El Primero Calibre 4805, entirely developed and produced in-house by Zenith. While its famous name and its fast cadence of 36,000 vibrations per hour recall the legendary chronograph created by Zenith in 1969, this original new ‘engine’ also features a majestic tourbillon coupled with a fusée and chain transmission system linked to the barrel so as to ensure constant force.

A fascinating compendium of watchmaking technologies, this 807-part hand-wound movement is composed of modern, well-structured lines. The dial-free Academy Tourbillon Georges Favre-Jacot with its generously sized 45 mm-diameter rose gold case turns the spotlight on its tourbillon placed at 6 o’clock and on its fusée and train transmission system between 10.30 and 1.30. Secured to the mainplate by polished screws, three bridges support the fusée and barrel arbors, while the tourbillon carriage performs one rotation per minute. The more than 50-hour power reserve is displayed between 4 and 5 o’clock by a red-tipped hand moving between “High” and “Low” indications. Visible both on the display side and through the sapphire crystal case-back, the mainplate and bridges alternate sandblasted, hand-chamfered and straight-grained finishes.


Water-resistant to 50 metres, the Academy Tourbillon Georges Favre-Jacot is fitted with a perforated rubber strap secured by a rose gold triple folding clasp and issued in a 150-piece limited edition. A new chapter in the Zenith saga is thus being written in unmistakably modern ink.