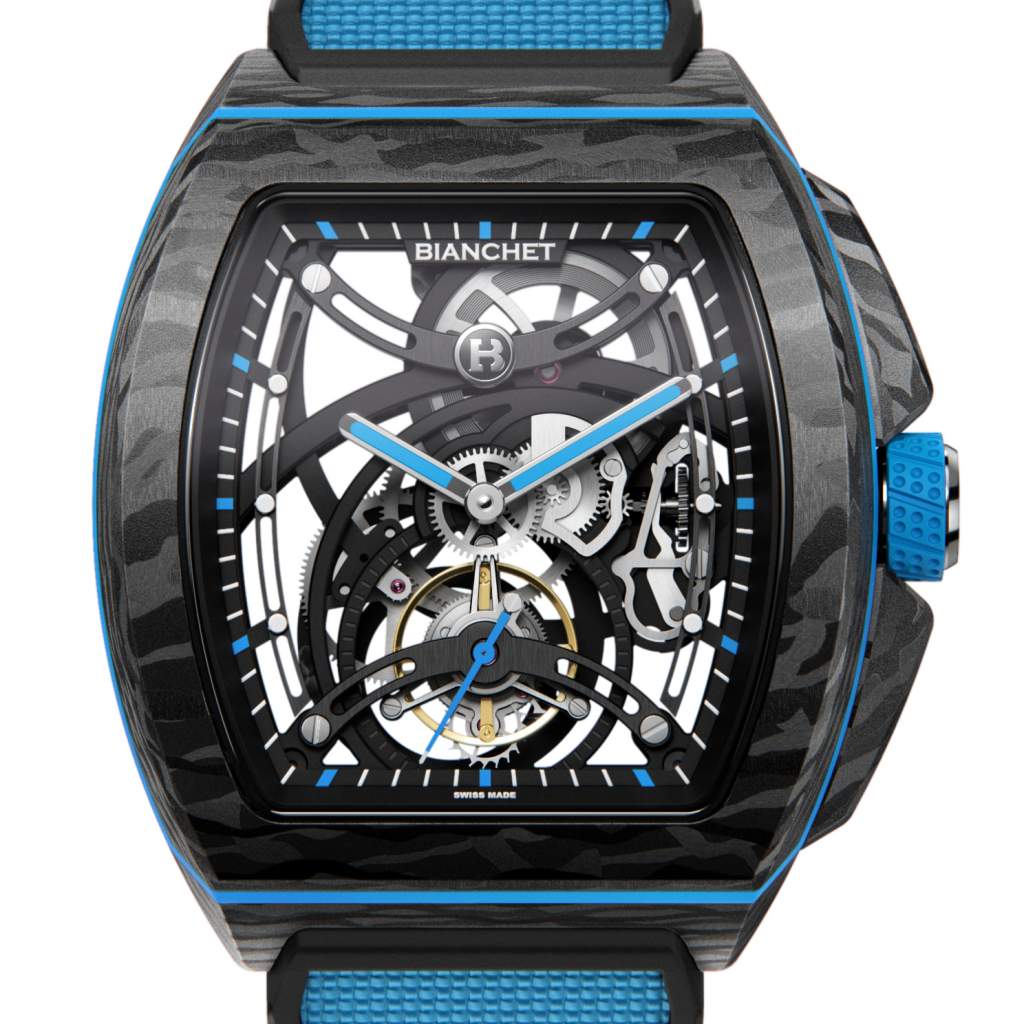 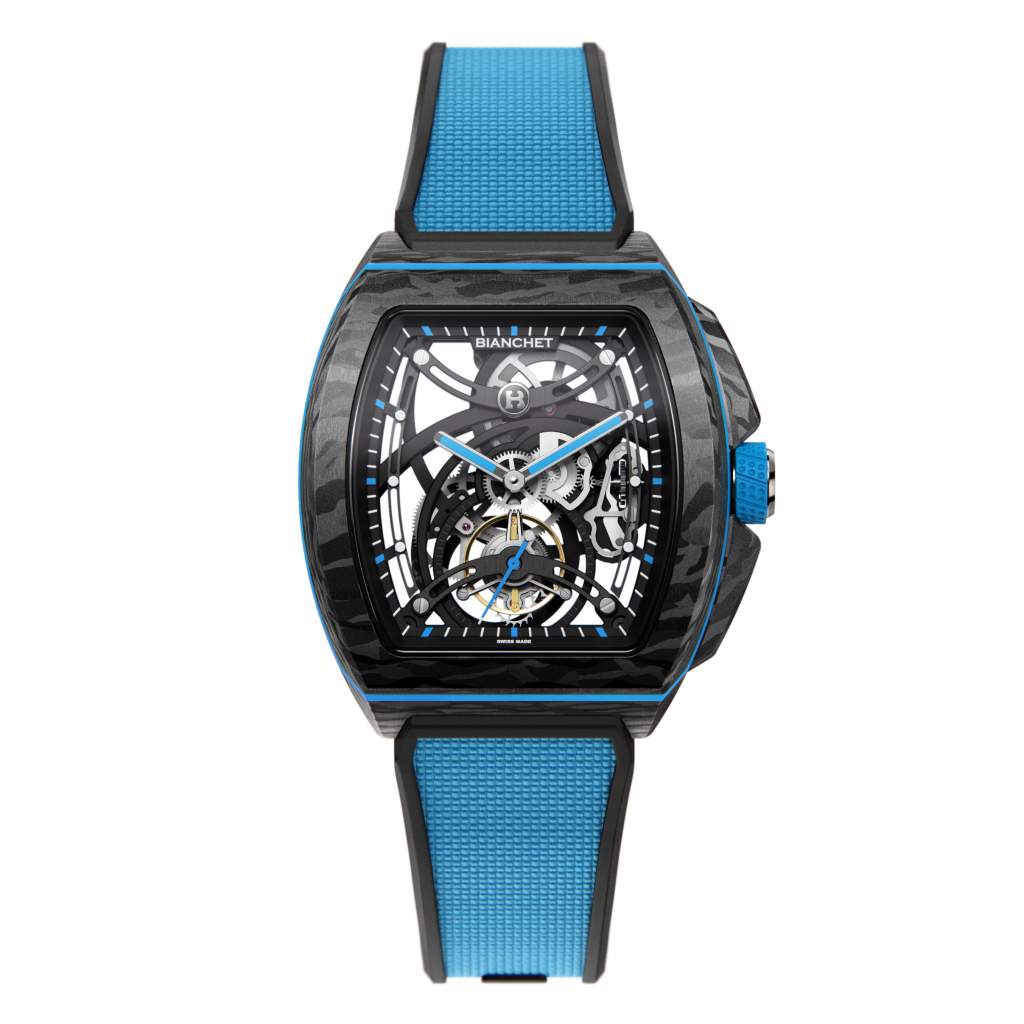 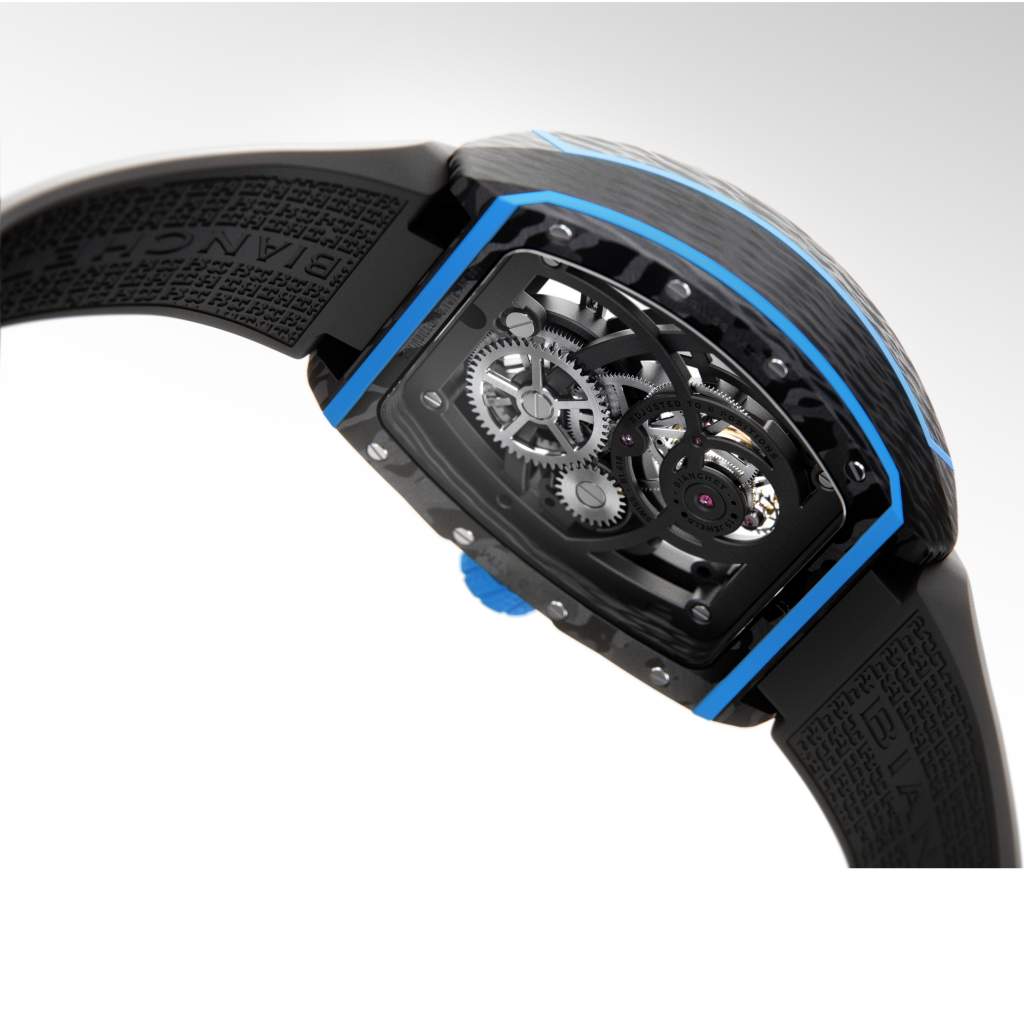 Inspired by 1.618, the divine proportion

Bianchet creates a modern timepiece inspired by the Fibonacci Golden Ratio 1.618, by applying the mathematical ratio that underlies the beauty of the universe to the design of the Tourbillon B1.618 Openwork.

The three parts of the tonneau case - the back, middle and bezel - relate to one another respecting the divine proportion, which is highlighted by colourful rubber lines. Likewise, the movement architecture has been built drawing interlacing circles and spirals, whose correlations are based on the golden ratio 1.618. This results in the purity of the case lines and the overall equilibrium of the movement.

The ratio of harmony

The Golden Ratio, also called “divine proportion”,  found in the structure of subatomic particles, omnipresent in the natural world and in the shape of the galaxies, has inspired the work of mathematicians, biologists, artists, musicians, architects, psychologists, and even economists, for centuries like no other number. It played an incredible role in human history and the universe at large, and it is said by many to open the door to a deeper understanding of beauty and spirituality.

After many years of personal research on the golden number, Bianchet founders, fascinated by its capacity to create harmony, equilibrium and beauty when applied to design, chose to make it the foundation of their modern, yet timeless, watch collection.

A sensuous marriage of carbon, rubber and titanium

The hand-finished barrel-shape case is crafted from a handmade, void-free carbon composite, made of carbon fibres and titanium particles, which shimmering reflection reveals under the light. Soft rubber lines bring a sensuous touch, while adding elegance to the slightly curved case.

The intertwined openwork plates and bridges of the tourbillon movement are shaped from titanium and finished by hand. In a game of transparencies, the superposition of structural and aesthetic elements create both an ethereal and strong architecture.

The manual-wound 60 second tourbillon movement B1.618 features 105 hours of power reserve (+/- 5%) and beats at 21600 vibrations per hour. Adjusted to 6 positions, it stands at an average precision rate of -2 sec to +6 sec per day and can be provided with a COSC certification on request. The tourbillon cage bridges are crafted from titanium, providing both a non-magnetic and resistant framework. Lubricants have been loaded with diamond nanoparticles to avoid friction risks and enhance accuracy.