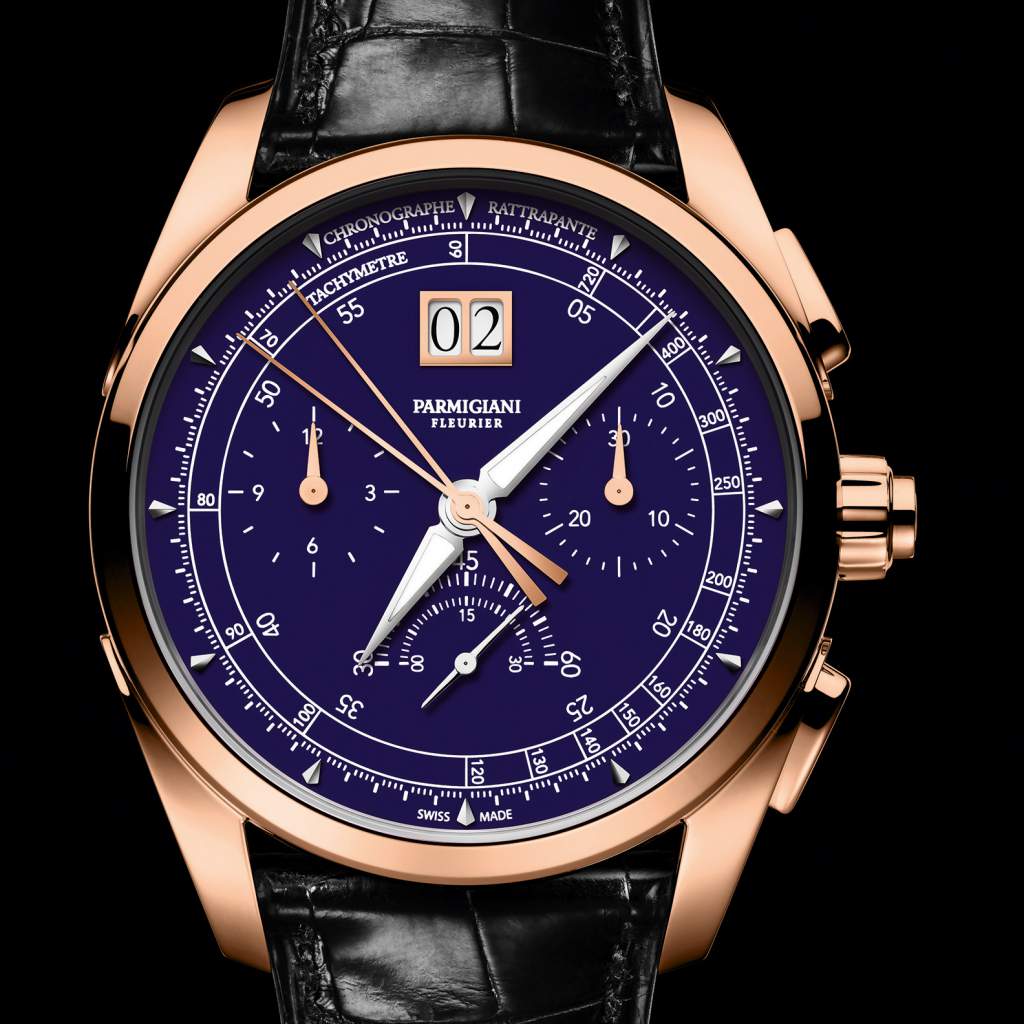 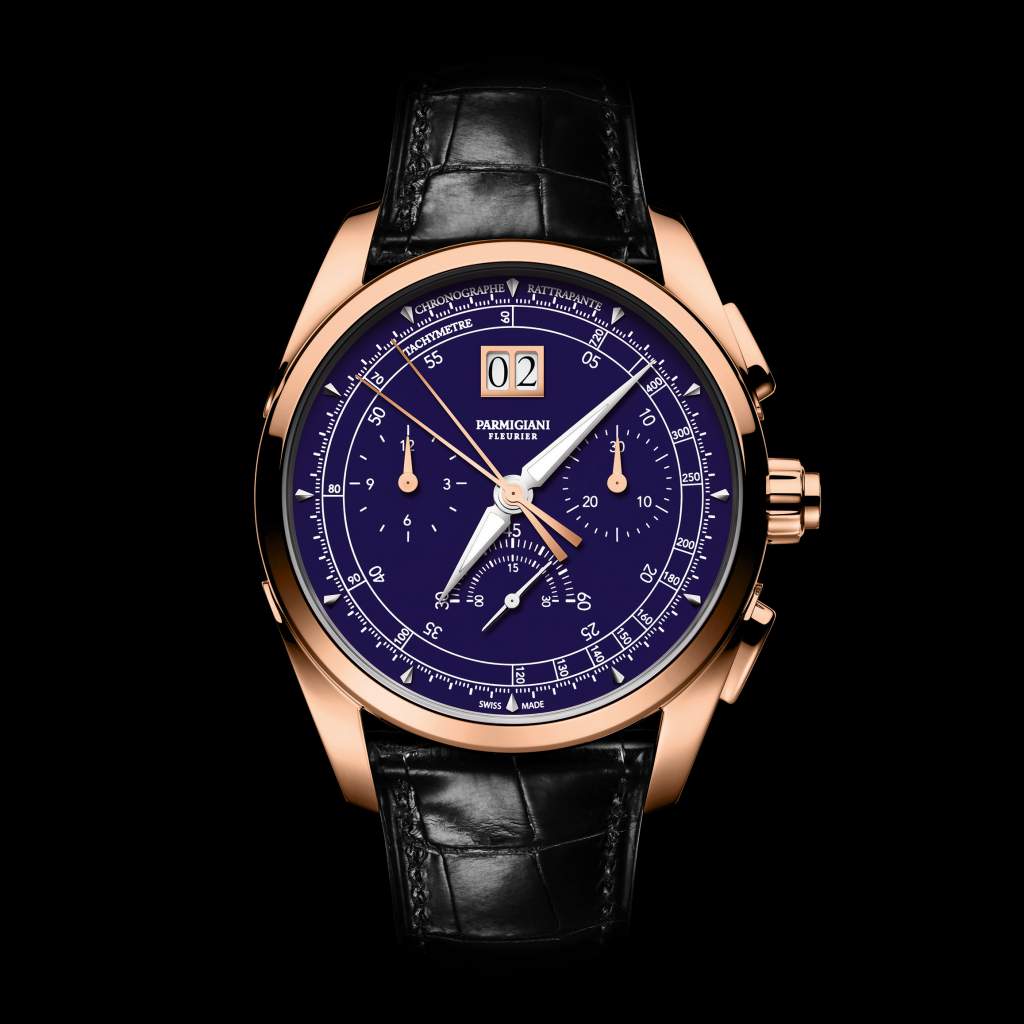 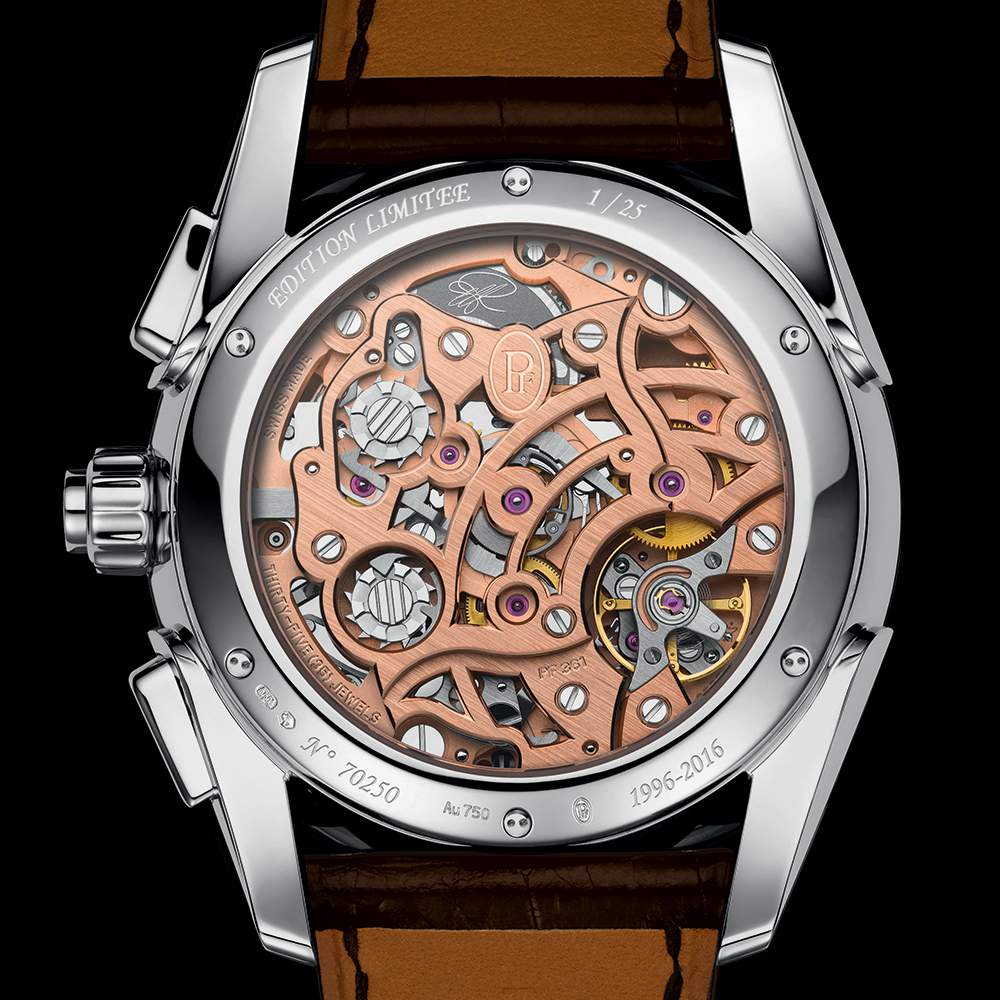 To mark its 20th anniversary, Parmigiani Fleurier is unveiling the Tonda Chronor Anniversaire, its new integrated chronograph movement, a feat of watchmaking that very few of today's manufactures are capable of achieving. With its first Anniversary model featuring a gold movement, Parmigiani Fleurier pays tribute to the tradition of the chronograph.

"Since the very start of our watchmaking adventure, the idea of creating an integrated Chronograph has always been close to my heart. This dream became a reality on the eve of our 20th anniversary, and this is no coincidence – it is a reflection of our development as a manufacture. To successfully create an integrated chronograph, one must first master its imposing, meticulous assembly of constituent parts; not just their manufacture, but also their operation and function at the heart of a calibre; one must appreciate both their limits and potential. For this reason, an integrated chronograph is necessarily the work of an experienced manufacture. The Tonda Chronor Anniversaire is a reflection of 20 years of work."
Michel Parmigiani

An integrated chronograph is the Holy Grail for a watch manufacture, as it is one of the complications requiring the most skill to create on an industrial scale. The chronograph relies on kinematics with a chain of actions, each one determining and triggering the next, and each sequence precisely synchronised and adjusted. Even the tiniest imperfection has a knock-on effect, travelling down the line like a series of dominoes, disrupting the entire movement.

Prestigious, requiring technical excellence, the integrated chronograph says a great deal about the potential of Parmigiani Fleurier's manufacture. It harks back to the watchmaking expertise that enabled its creation; it reminds us that a manufacturing process is truly exceptional when it employs years of accumulated knowledge. It paves the way towards an era when the watchmaker, the technician and the craftsman walk side by side.

The basic rule was the following: no additional module. Each element had to be integrated to the movement and restricted to a single main plate. The creators started with a blank sheet and after a careful research and development stage, they drew up and optimized the first integrated chronograph of the Parmigiani manufacture. This manually wound movement includes a chronograph, a split second function and a large date, all on the same main plate.

The movement PF361 encloses many cutting edge developments designed to increase its reliability which are the demonstration of a watchmaking industry at the height of its talents.

The higher the oscillation frequency, the more accurate the chronograph. A frequency of 5 Hertz, very rare for such a calibre, means that the chronograph's seconds hand makes ten jumps or steps per second, thus enabling a precision to the 10th of second. Its rate is influenced by external factors, such as gravity or impacts, to a lesser degree and the hand moves with a gentle fluidity, unlike the more staccato movements of a chronograph with a lower frequency.

The movement is organised around a central column wheel which is the nerve centre of the chronograph, the part which synchronises all its elements. This component is more difficult to create and more precious than a simple cam, and lends the movement an elegance that can only come from this level of expertise. The column wheel is also perceptibly smoother when operating. This is referred to as a chronograph's activation ergonomics. This movement has two column wheels, one to govern the chronograph, the other to drive the split second function in perfect synchronism.

The vertical clutch is very difficult to create, but technically more accurate than its sister, the horizontal clutch. The action of this device boosts the accuracy of measurements by enabling the chronograph to start up both immediately and without the slightest initial jolt.

With the double attachment point on the cross-through bridge, the component regulating the movement, the balance, is more stable and robust. Its operation is not disrupted following an impact, a desirable attribute since the chronograph is, above all, a piece of sports equipment. On the other hand, this cross-through bridge has been designed so that its height can be adjusted, to adapt it very precisely to the rest of the movement. The precision of the assembly is thus complete.

Perfectly integrated into the Tonda Chronor Anniversaire's PF361 movement, this complication enhances the chronograph with its potential to measure split times. Its principle rests on an additional hand known as the "split second hand" which sits on top of the central chronograph seconds hand, or "trotteuse", and is permanently linked to it (when started, stopped and reset). However, once the central seconds hand is running, if the additional push-piece for the split second on the crown is activated, the hand stands out: it stops, while the central seconds hand continues to run. After reading this split time, pressing the push-piece on the crown again will bring the split second hand back in line with the central seconds hand, to continue running alongside it. This manoeuvre can be repeated as many times as is necessary.

The split second hand is driven by the movement's second column wheel, using a mechanism which indexes it to the chronograph's central seconds hand and releases it for the split timing measurements. This complication requires a second kinematic chain, in addition to that of the chronograph, which presents a major challenge for adjustment.

Lastly, this movement comprises a Large Date which is also integrated into the movement, rather than added to a additional module. The purpose of this development is to keep the movement as slim as possible, whilst retaining technical reliability.

Managing to insert a large date into a calibre with an integrated chronograph is a logistical challenge, considering the spatial constraints involved. The creators of the watch therefore maximised the usable surface to create the perfect space to house the 13 mm discs. The large date appears at 12 o’clock, behind a double counter with gold appliques.

The launch of this first integrated chronograph coincides with the 20th anniversary of the Parmigiani Fleurier brand. Christened "Tonda Chronor Anniversaire", this first model in a long future line comprises a gold movement to highlight its prestige. Every aspect of working with gold during a manufacture process was complicated. Gold sticks to the tools; it is malleable and easily deforms; all the machines must be completely recalibrated and each cutting parameter needs changing. Successfully manufacturing a movement this complex from gold demonstrates an imposing level of expertise.

Its decoration, no less technical, required more than 50 hours of work for each unit. Each movement has bridges which are cut concentrically from the balance, with the latter framed as the epicentre of the fresco. These bridges are openworked to reveal the mechanism which beats at its surface, and the two symmetrical column wheels parallel to the crown's staff. This assembly is enhanced by the sandblasted satin finish, while the internal angles on the bridges play with the light, accentuated by the gold's reflections.

The Tonda Chronor Anniversaire with gold movement is available with either a white gold or rose gold case, each of which will be produced in a limited run of 25 pieces to mark this anniversary.

The dials feature "grand feu" enamel in two shades to match the choice of case. The first is white, one of Parmigiani Fleurier’s specialities, with the flawless, luminous texture that only enamel can bestow. The second is a deep blue which changes with the angle, turning a dark purple in some lights. This colour, called "Bleu Roi" (royal blue) is a new addition to Parmigiani Fleurier’s very rich palette of colours, and has been specially developed for the Tonda Chronor Anniversaire.

Another special design feature, the ardillon buckle takes the shape of Parmigiani Fleurier’s iconic lug. This development celebrates the Anniversary piece with an aesthetical wink to the brand’s origins and will be pursued on many other models to come.

Finally, as a grand exclusivity for this Anniversary model, Michel Parmigiani’s signature is featured on the barrel’s drum and surrounded by a myriad of lug shapes, representative of Parmigiani Fleurier’s watch profile. This signature and the elements surrounding it were not engraved but on the contrary brought out, meaning that the whole surface surrounding them was lowered with a laser, allowing the emblems to stand emphasized. This constellation of symbols is unveiled gradually behind the openworked gold movement, as the barrel spins gently on its axis.