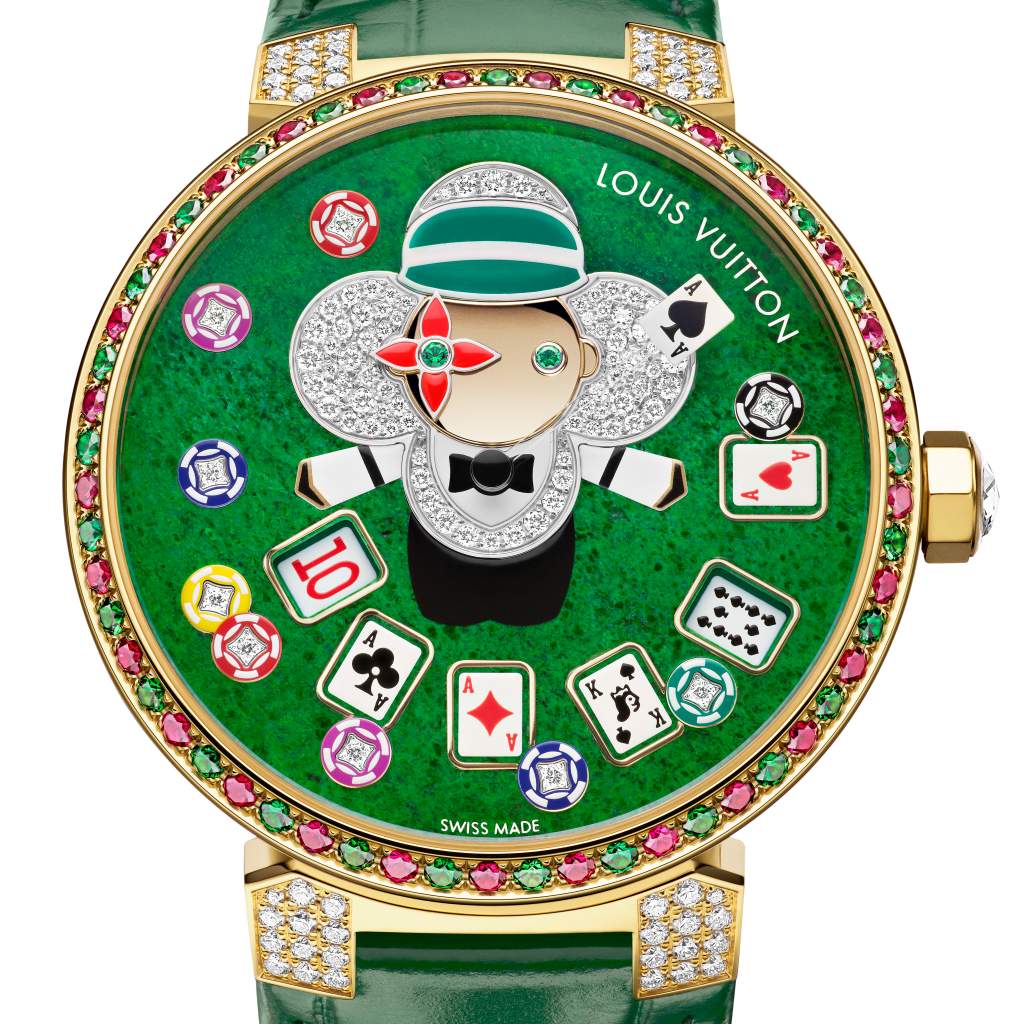 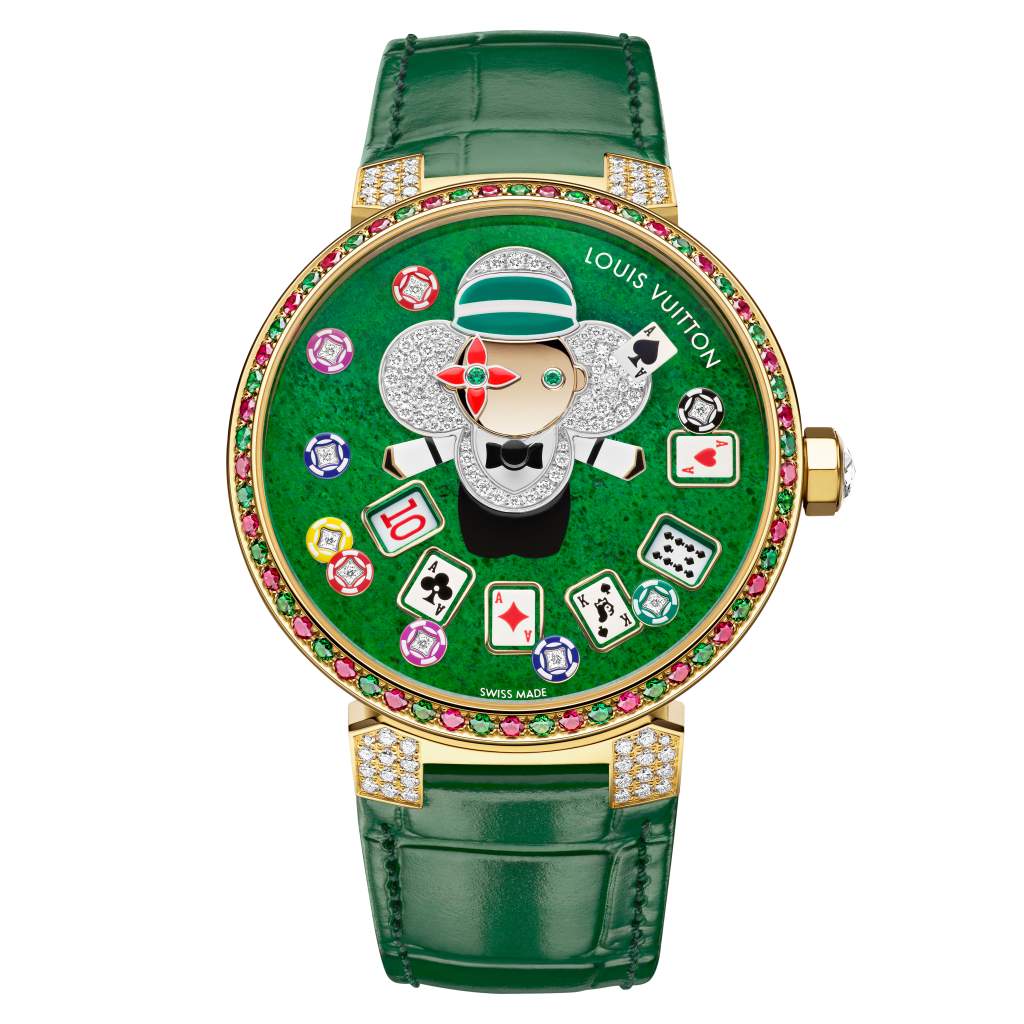 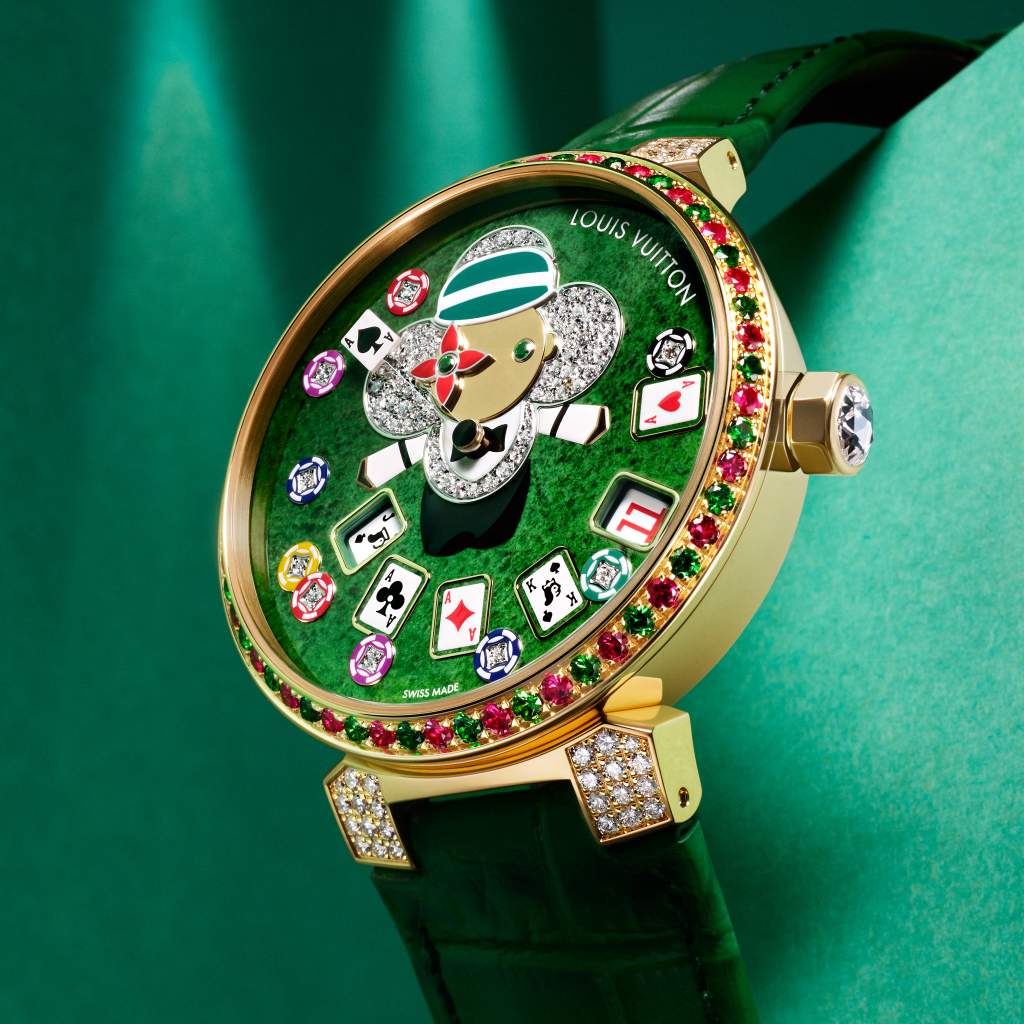 In the Tambour Slim Vivienne Jumping Hours watch, Vivienne orchestrates the hours with her fingertips. Every sixty minutes, the numeral indicating the hours instantly changes places, teleporting in turn to the two windows located between the hands of the mascot. Each new appearance of the hour marks the arrival, in the second aperture, of a symbol evoking the theme of the watch: the casino. A first in the history of modern watchmaking, a wristwatch houses an alternating jumping hours mechanism: the caliber LV 180.

The revolutionary hour display uses a Maltese cross with several teeth, combined with a multi-level cam and a ruby ​​feeler. Much more efficient than the system of star wheels and jumper springs, this complication notably ensures better energy efficiency, greater precision in the display of the hours and the jumping of the hour, as well as an extended longevity of the movement.

This yellow gold version reveals the mascot as a casino croupier, dealing the cards on a Skarn carpet. Extremely rare in the world of watchmaking crafts, this elegant deep green stone symbolizes the emblematic table in gaming rooms.

In other words, to the simplicity advocated by traditional watchmaking wisdom, the jumping hour display of the new timepiece deliberately favors complexity.