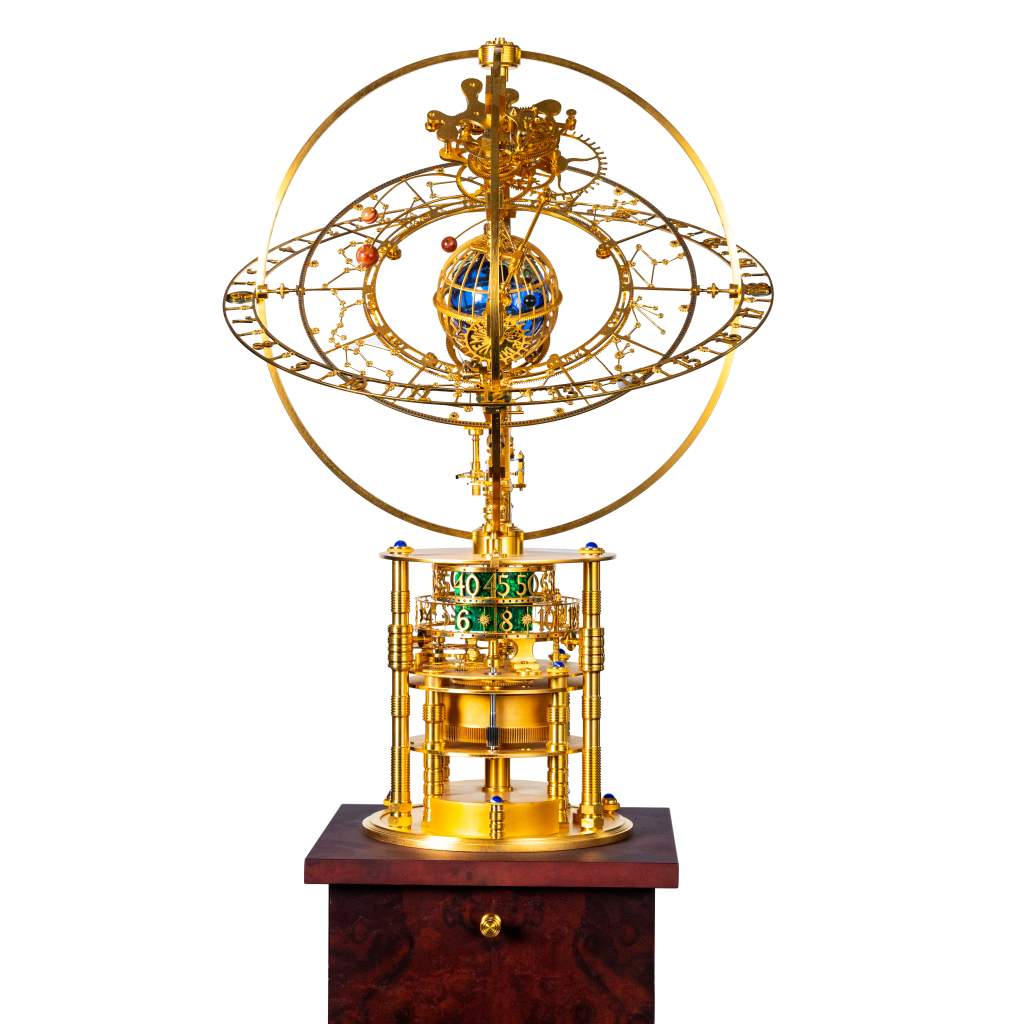 Svemir combines for the first time ever two astronomical models in one clock.

20 years after the creation of the GPHG, a clock, the origin of the watchmaking in the world is presented to the Jury.

Geocentrism places the earth in the center, orbited by the sun, the moon and the rest of the planets.

During the 16th century, the Copernican Revolution replaced this concept by heliocentrism, in which all planets and their moons revolve around the sun.

Inspired by the construction of an armillary sphere, the geocentric model in "Svemir" consists of a globe surrounded by rings. In a cage of meridians, the earth rotates around its axis in 24 hours.

The earth equator lies on the same level as the skeletonized static disk with a division into 24 parts. Positioned as the celestial equator, it shows the hour and the world time, as the division runs concentrically to the earth's meridians.

The ecliptic ring represents the assumed path of the sun in the geocentric model as it appears from the earth. The seasons, the months, the zodiac signs with their start and end dates, the highest and lowest positions of the sun as well as equinoxes can be read on its 12 segments.

The sun is represented as a white ball that moves under the current date by 1/365 per day along the ecliptic ring. The moon moves by jumping one division every day. It shows the moon phase, solar eclipses and tides (correction every 128 years).

The heliocentric model diagonally above the globe consists of its own sun and six planets.

All six planets are mounted on a common axis inclined by 23.5 degrees relative to the axis of the earth. They revolve around the fixed sun visible below.

The clock shows hours and minutes and provides the energy for all of the above functions.