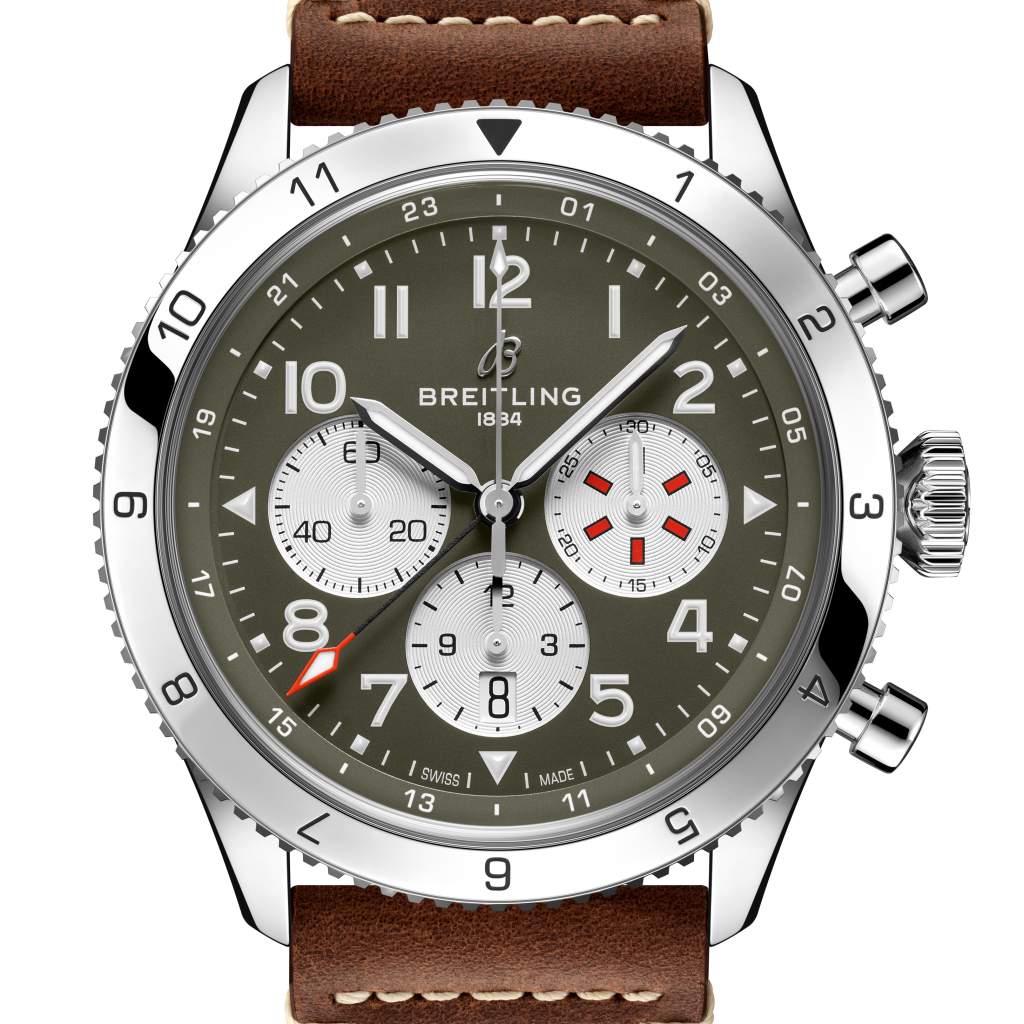 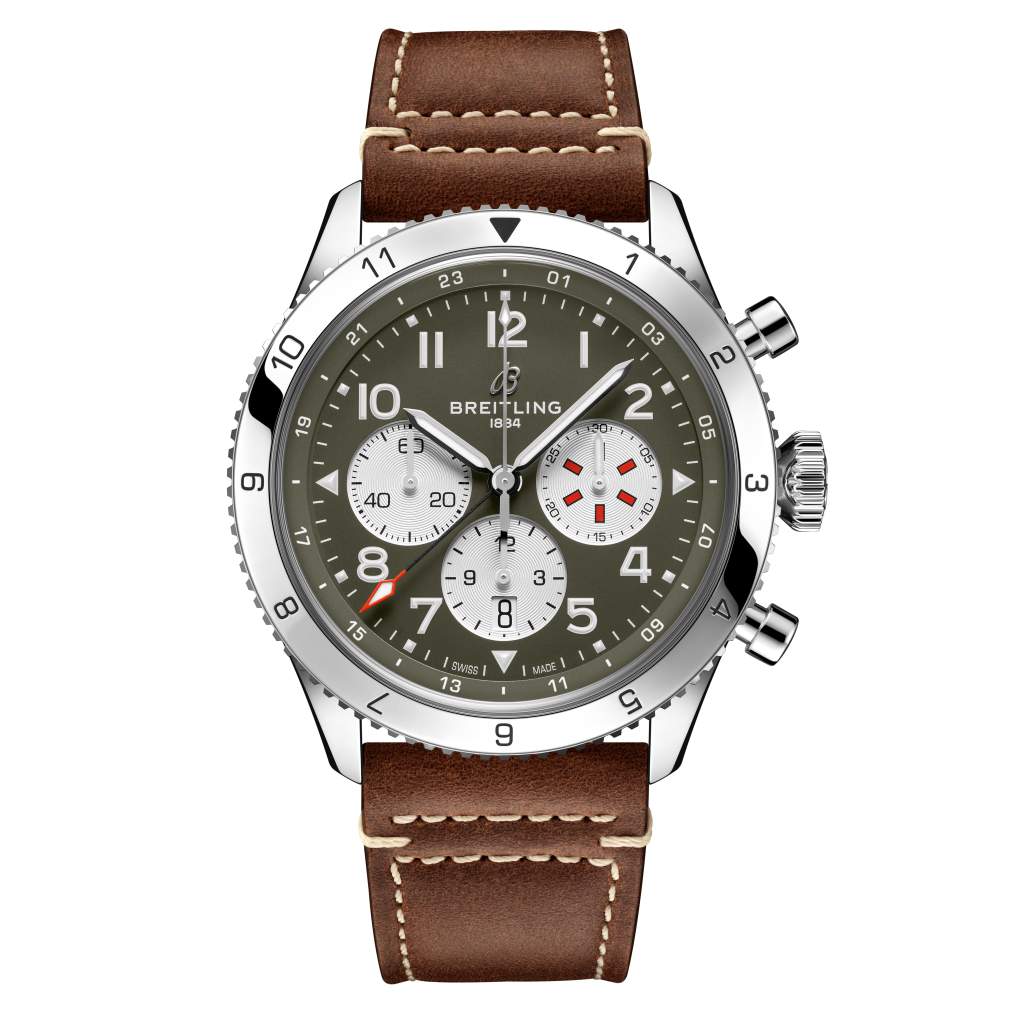 From brave first takeoffs to the birth of commercial air travel, Breitling’s history is inseparable from that of flight. In the 1930s, Breitling’s Huit Aviation department made its name inventing precision cockpit clocks. Two decades later, it introduced yet another novel flight instrument, this time in wearable form: the Ref. 765 AVI. That pioneering pilot’s watch provided the technical backdrop for today’s Super AVI, a collection inspired by the rugged spirit of famed early aircraft. The Super AVI Curtiss P-40 Warhawk honors one of those legends. Conceived as a pursuit aircraft, the Curtiss P-40 Warhawk first flew in 1938 and quickly proved itself as a master of agility. It wasn’t just the plane’s capacity for pulling jaw-dropping turns that gave it an in-flight edge, its robust structure meant it could tolerate harsh weather conditions and even many mid-air collisions. The Warhawk’s defiant shark-mouth nose art sealed its reputation as the rebel of the skies. As a true pilot’s watch designed to withstand the rigors of a vintage cockpit, the Super AVI Curtiss P-40 Warhawk features large, highly legible Arabic numerals on the dial and bezel. Its sturdy case measures 46mm and the oversized crown sits at 3 o’clock. Knurled bezels provide optimal grip and top-stitched calfskin straps give a nod to the seams found on classic flight gear. Pilots and other travelers will appreciate the ability to track a second time zone using the 24-hour marking on the inner bezel and the red-tipped GMT hand. The engine of the Super AVI is the COSC-certified Breitling Manufacture Caliber B04 movement, which provides approximately 70-hours of power reserve