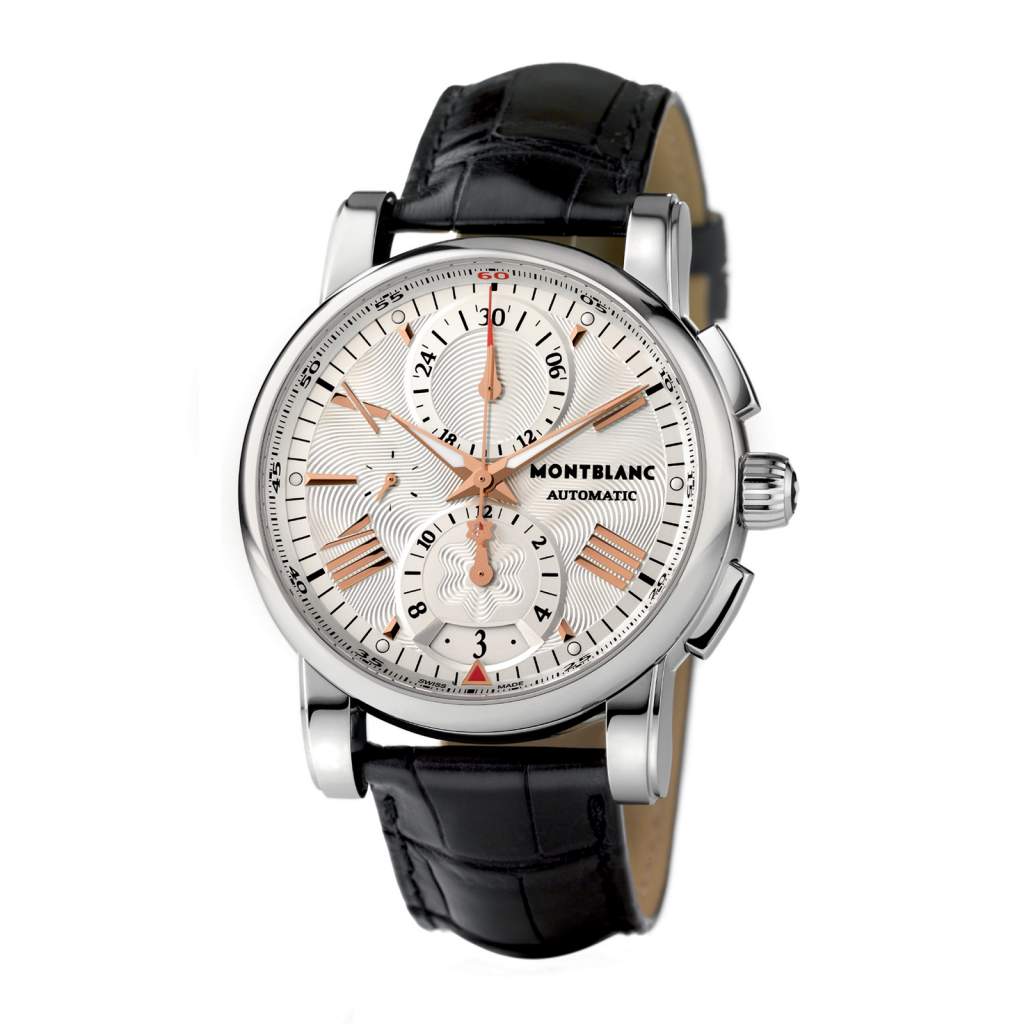 Elegantly austere design distinguishes the Montblanc Star 4810 as a modern watch line in Montblanc's collection. This line was augmented a year ago with the introduction of the Montblanc Star 4810 Chronograph, a new model that instantly attracted a great many watch lovers and admirer of the Montblanc brand. This new chronograph's strong popularity isn't so very surprising because not only the ability to measure brief intervals of elapsed time has numbered among the most avidly coveted complications on the watch market during the past several years but with this model Montblanc's watchmakers offer the ideal combination of perfect functionality and beautiful design. This watch's popularity has now prompted Montblanc to launch another new model, which innovatively recombines the attractive elements of previous variants.

The new chronograph is the most beautiful embodiment of the “less is more” principle of design which distinguishes all of the timepieces in the Montblanc Star 4810 collection. And this “time-writing” debutante proves that small changes can have very big consequences. For example, instead of hands, indices and Roman numerals made of gleaming silver, these three organs on the new version with a polished stainless steel case glow with the warm hue of red gold, which lends an attractive “retro” touch to this timepiece's modern styling. These red gold elements also create a striking contrast with the pale dial, where incident lights seem to dance atop a grooved guilloche pattern. This noble guilloche décor forms Montblanc's familiar emblem at the “6 o'clock” position: concentric waves spread across the dial from this epicenter, elegantly reiterating the logo's stellar contours.

Design as an Expression of Quality
The high-quality stainless steel case incorporates readily operable rectangular push-pieces at the “2” and “4” to control the chronograph's functions. Fluting along the crown's flanks makes it easier to grasp this amply dimensioned component which, despite its large size, doesn't uncomfortably prod the back of the wrist. A narrow, high-gloss-polished, 44-mm bezel surrounds an arced, doubly antireflective pane of sapphire crystal, beneath which the generously proportioned dial provides plenty of space for a diverse array of indicators. Two large subdials for 30 elapsed minutes and 12 elapsed hours, plus a big date window at the “6,” accentuate the watch's vertical axis, which is continued by the wristband. Off-center scales for the chronograph's elapsed-time counters, which broaden continually from the dial's center toward the bezel, are particularly eye-catching details. By contrast, the indicator for the continually running seconds, with its sestet of slender ten-second indices, seems petite and discreet at the “9 o'clock” position. A trio of hands sweeps their arcs above the dial: the chronograph's elapsed-seconds hand has a red tip at one end and a pierced Montblanc emblem serving as a counterweight at the other end, while the hour-hand and minute-hand are designed in classical dauphine shape.
© Fondation du Grand Prix d'Horlogerie de Genève