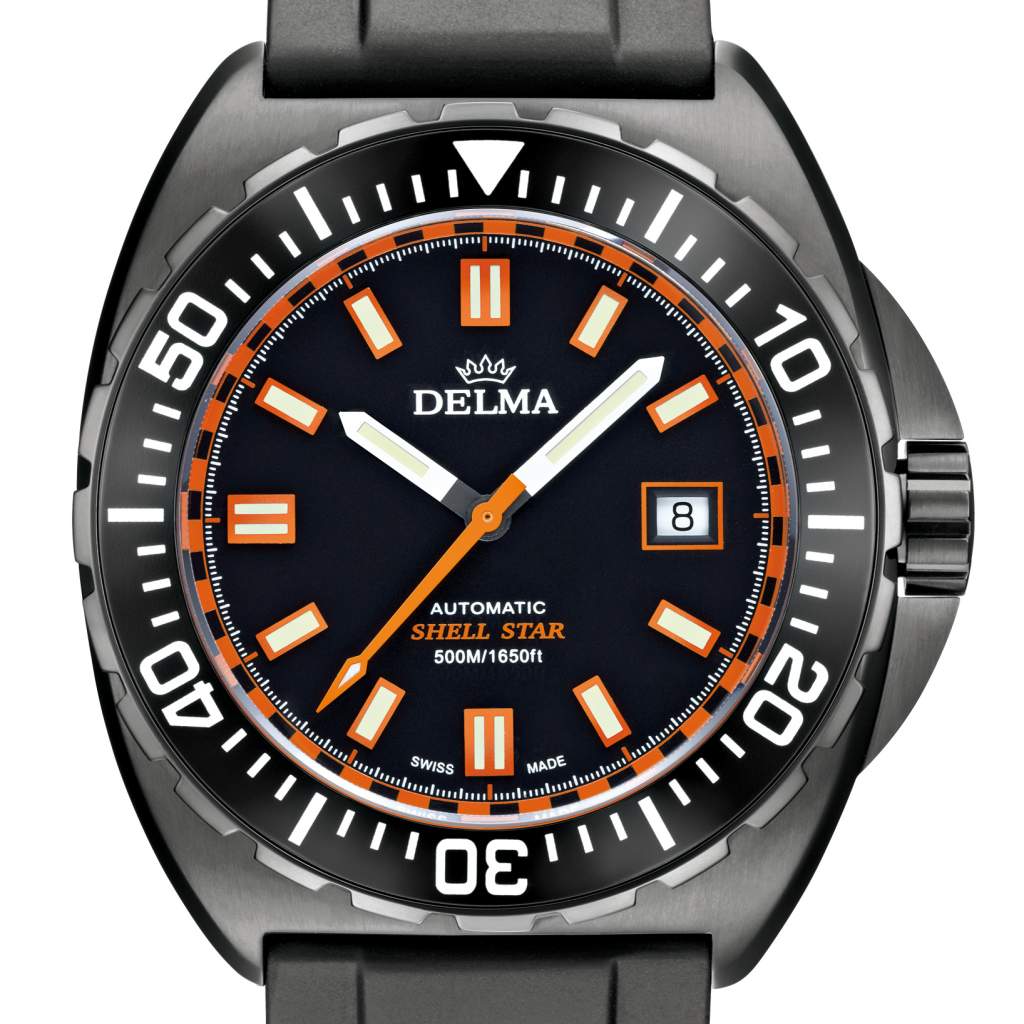 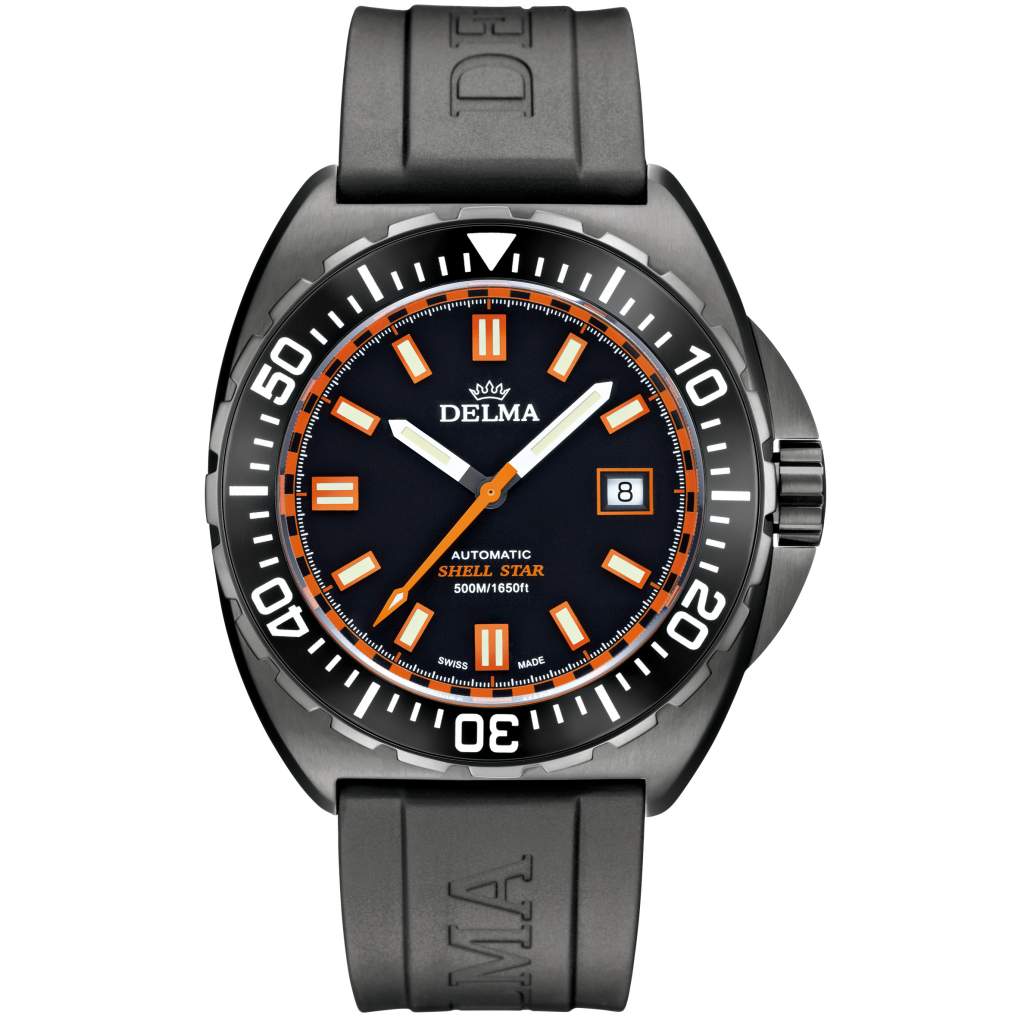 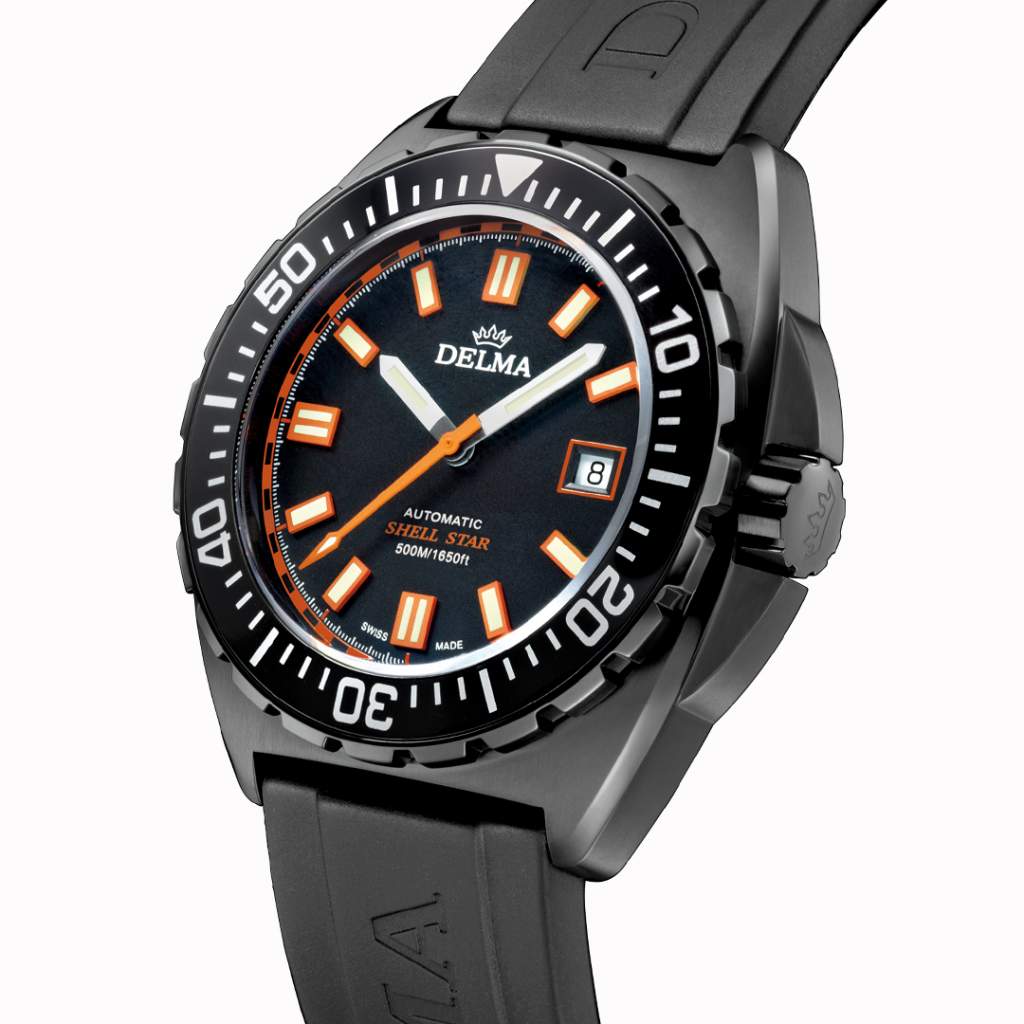 Inspired by the world’s best free divers, the Delma Shell Star Black Tag is rimmed in black to reflect the excitement and adventure that awaits divers as they explore unknown depths. The motivation behind the Black Tag is derived from the tireless quest of free divers to reach a tag at a designated depth, capture it, and triumphantly surface with it. Just as it is every divers’ goal to capture that tag and emerge on top with it, the Black Tag will encourage a fortunate few to pursue and achieve unimaginable deeds.

The tradition of the Shell Star goes back to 1975 when Delma’s first professional divers’ watch was launched under this name. The model became a landmark for the company and served as an archetype for many other divers’ watches over the next decades to come. In 2016, the Shell Star has been revived with greater water-resistance and helium valve preserving the distinctive look of the original model.

Designed for the boldest divers, the Delma Shell Star Black Tag features a black Diamond Like Carbon (DLC) coating, which approaches the hardness of a diamond for ultimate imperviousness. The DLC coated case with a 44mm diameter, the crown protection and the helium valve combine durably to make this watch a tool for extreme professionals. The characteristic unidirectional bezel with a minute scale helps the timing of decompression phases.