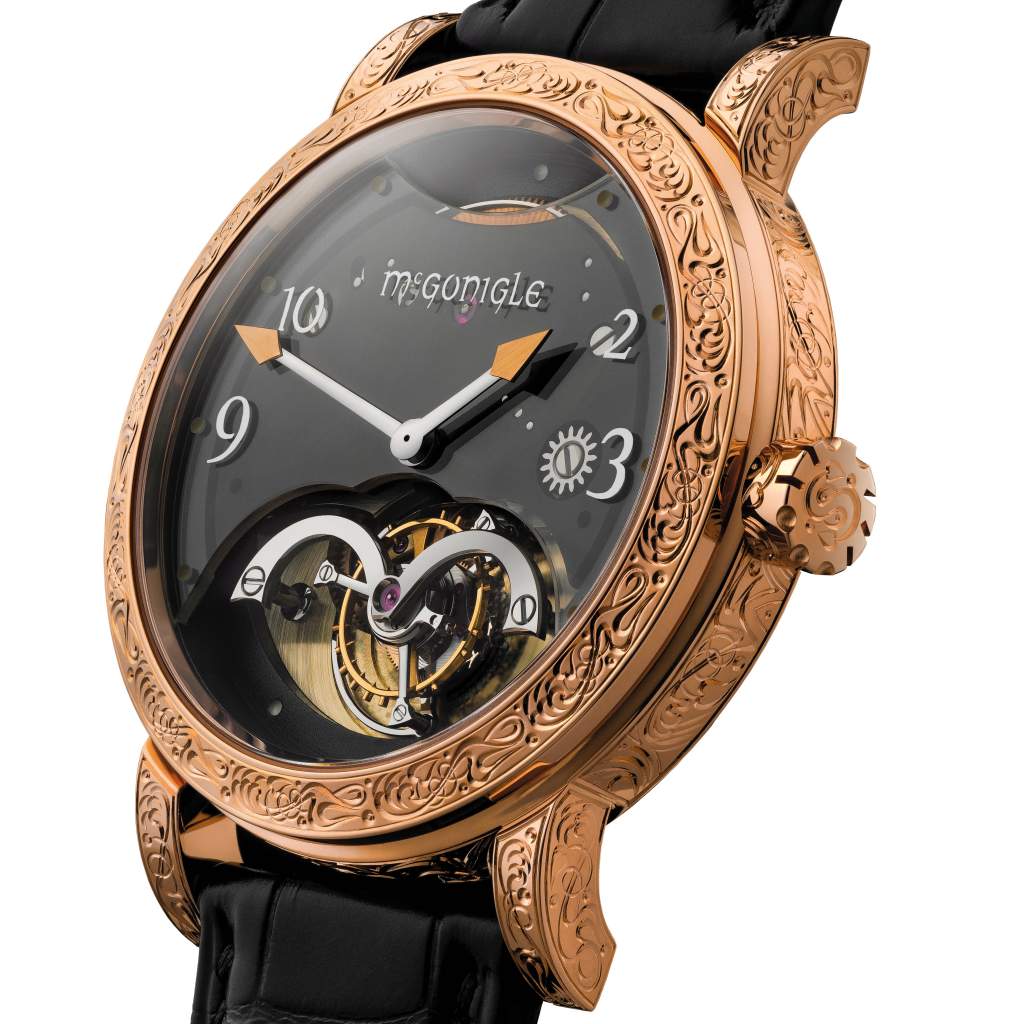 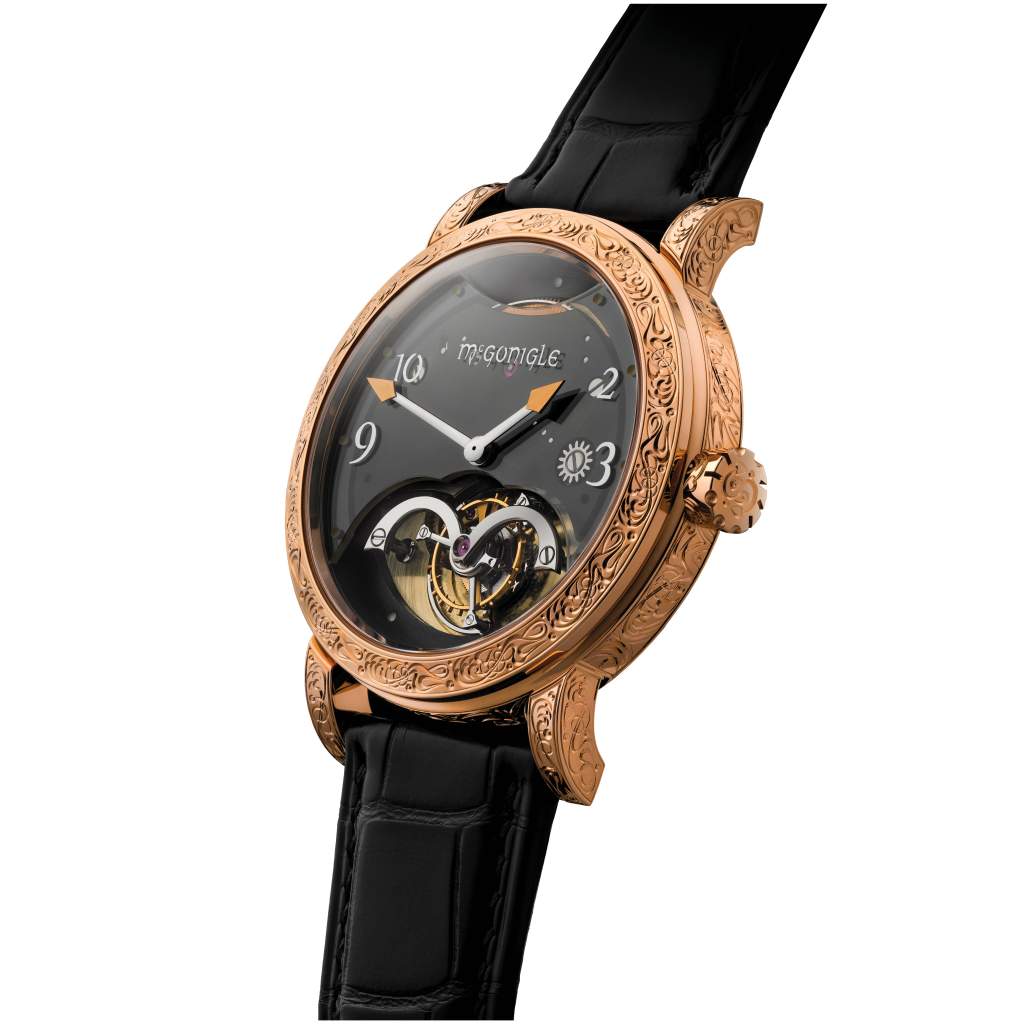 Sétanta, is our engraved Tourbillon. Named after the Irish mythological demigod, also known as Cú Chulainn, from which the inspiration for the engraving design came.

While the tourbillon mechanism holds a free sprung balance, which apart from the technical advantages, gives a lighter and cleaner aesthetic. In fact the design of the watch as a whole was carefully considered so as to draw the observer's eye to the cage and it's mesmeric beat.

As with all my timepieces, I have drawn inspiration from my Irish culture and heritage. This project presented some real challenges. I didn’t want to engrave the case using one of the often used floral or geometric designs. Instead, I saw this as an opportunity to tell a story through the engraving itself and specifically, a story from Irish mythology.

When I approached Frances McGonigle, she suggested the Irish epic, Táin Bó Cúailnge (or The Cattle Raid of Cooley), where Cú Chulainn almost single-handedly held off the armies of Connacht.

The results from her designs and the engraving work of Madame Rothen-Rebetez are truly breathtaking.