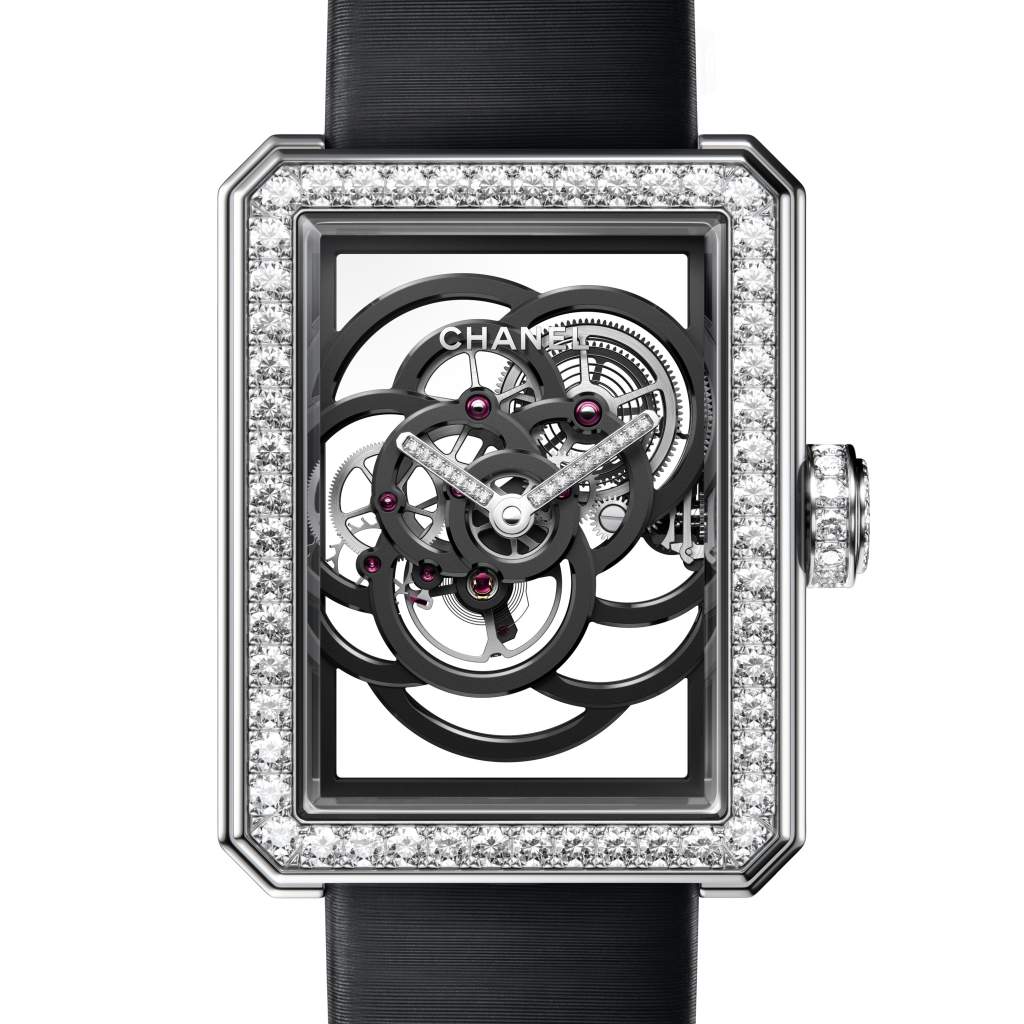 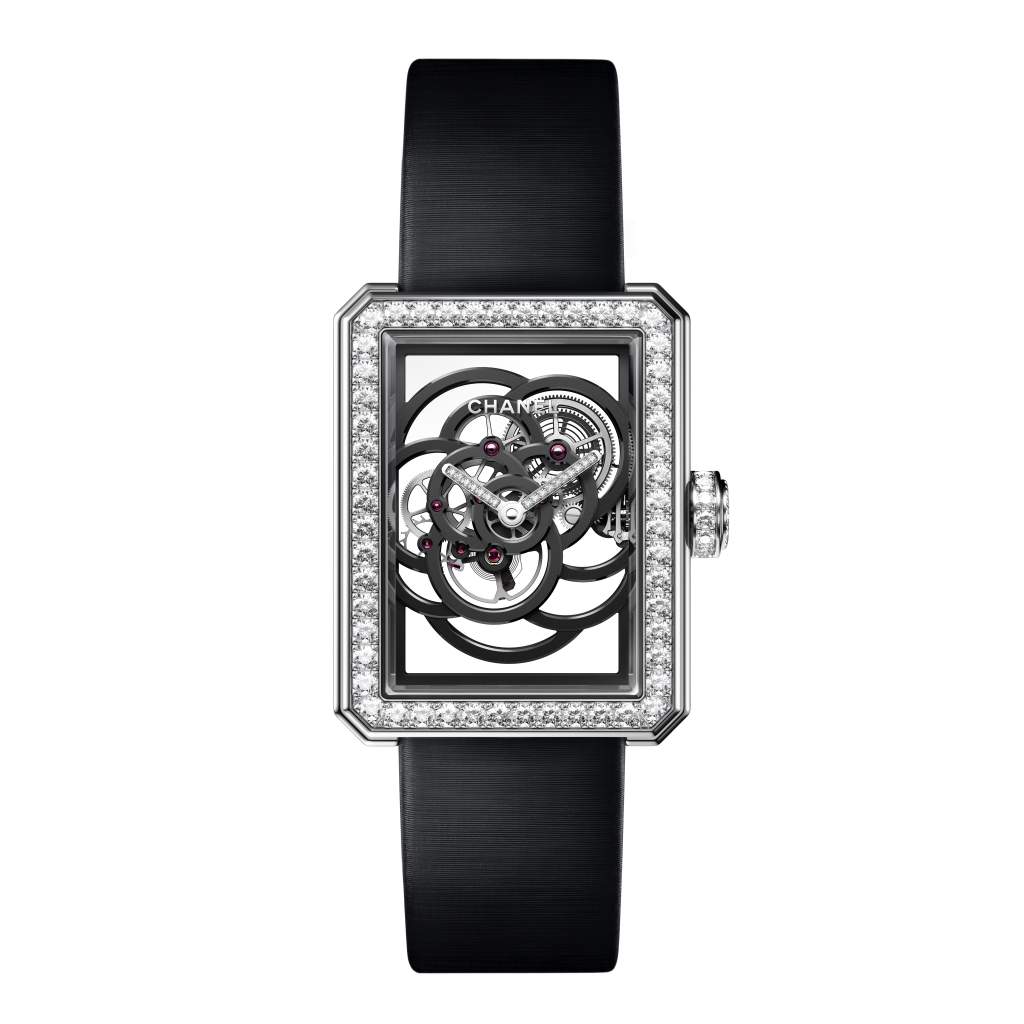 This year, to mark the 30th anniversary of the Première watch, CHANEL expands once again the parameters of its exclusive vision of Fine Watchmaking, presenting the Première Camélia Skeleton.

This exceptional piece is equipped with the second in-house CHANEL movement, the Caliber 2, whose ethereal geometry sketches out the shape of a Camellia flower. The complication of this movement was in the arrangement of all the different mechanisms, which had to be positioned so that only the three-dimensional form of the camellia flower would be visible. This skeleton movement in deepest black, unique in its genre, thus incarnates one of the iconic symbols of the House.

Envisaged by the Studio of Creation at Place Vendôme, before being designed, developed, controlled and assembled by the Swiss Manufacturer Châtelain, the Calibre 2 illustrates – in its genes and design – the absolute liberty of the House’s Studio of Creation.