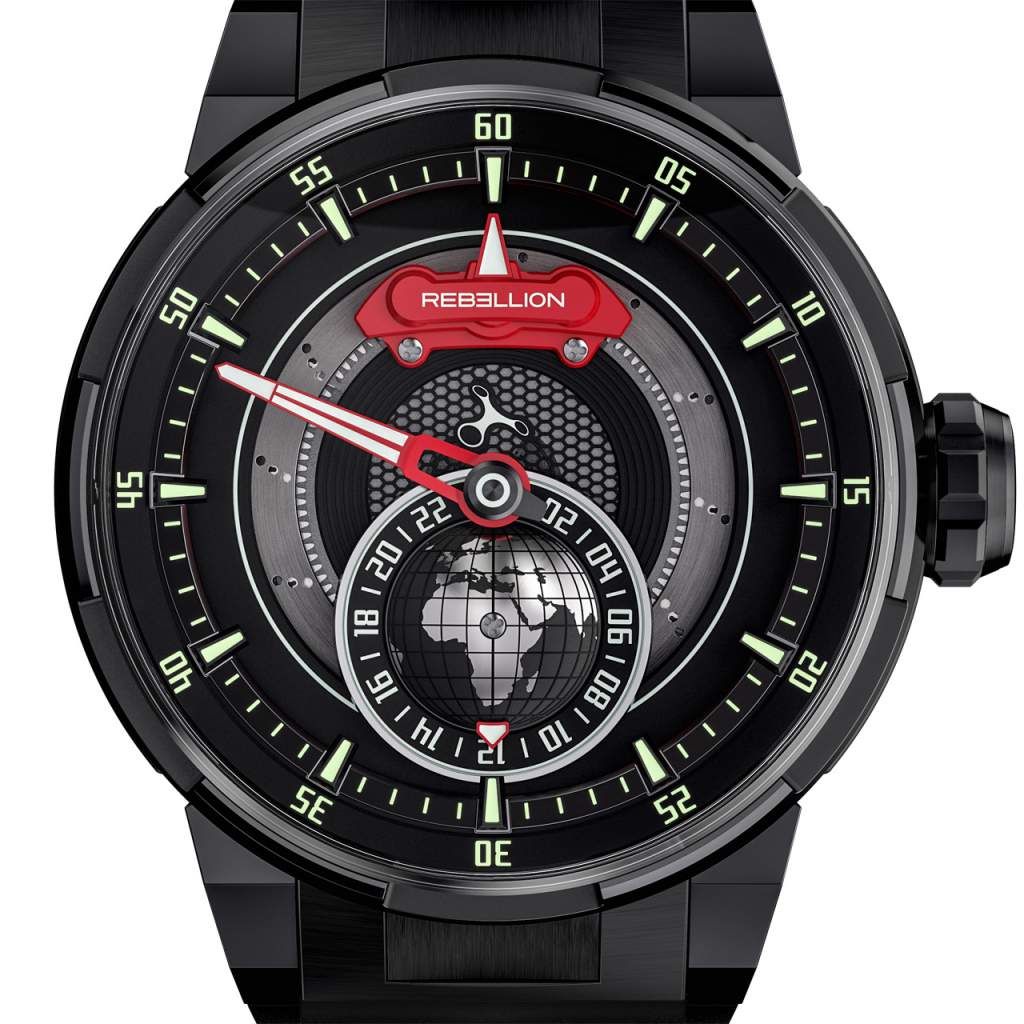 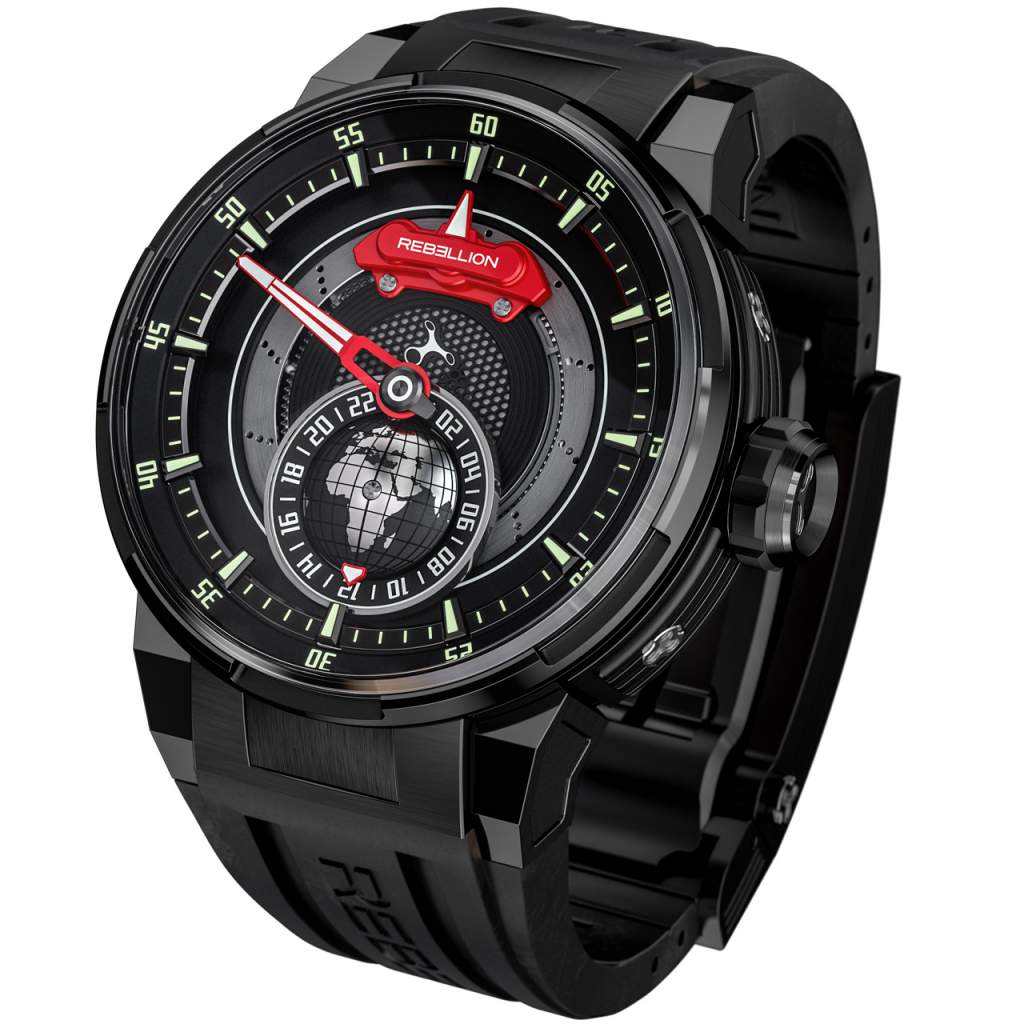 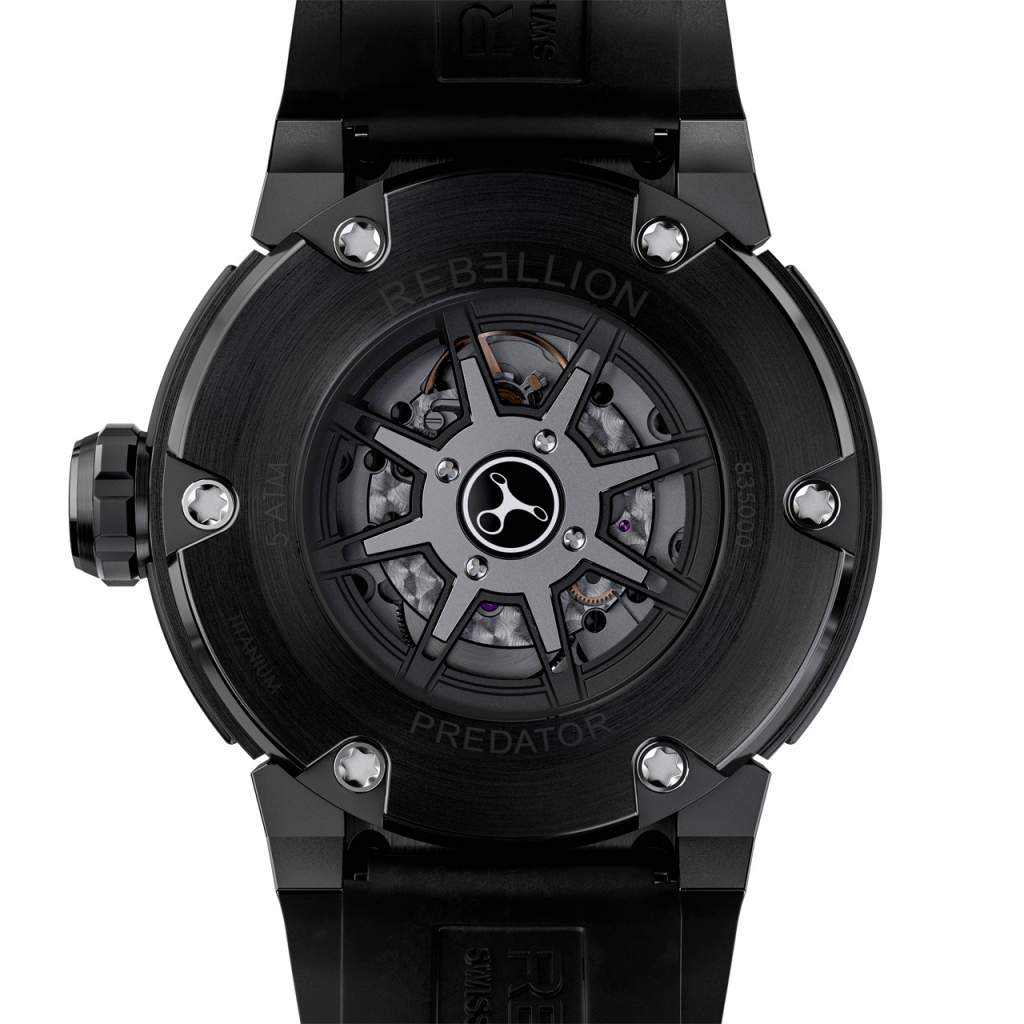 Inspired by the brakes of modern sports cars, the Predator 2.0 GMT is the ultimate technical and aesthetic fusion between racecars and fine watches. Composed of a brake disc and caliper combination with GMT indicator, the dial of this REBELLION is truly unique.

At the heart of this automatic GMT is a REBELLION proprietary movement. Developed in collaboration with Telos Watch and based on a Swiss Made movement. Just like a planet orbiting the sun, the 24-hour time zone indicator revolves around its own axis and the central axis of the movement. Customizable, it is adorned with a magnificent globe. In Daytona or at Le Mans, checking the hour in another time zone has never been so easy.

Across the dial is the hour hand. Composed of a red caliper and white arrowhead, it orbits over the signature brake disc in classic REBELLION style while an independent needle circumnavigates to show the minutes. Finishing off the movement is a unique oscillating mass fashioned in the likeness of a car rim. Thanks to its advanced automatic engine, a fully fueled GMT provides 42 hours of running.