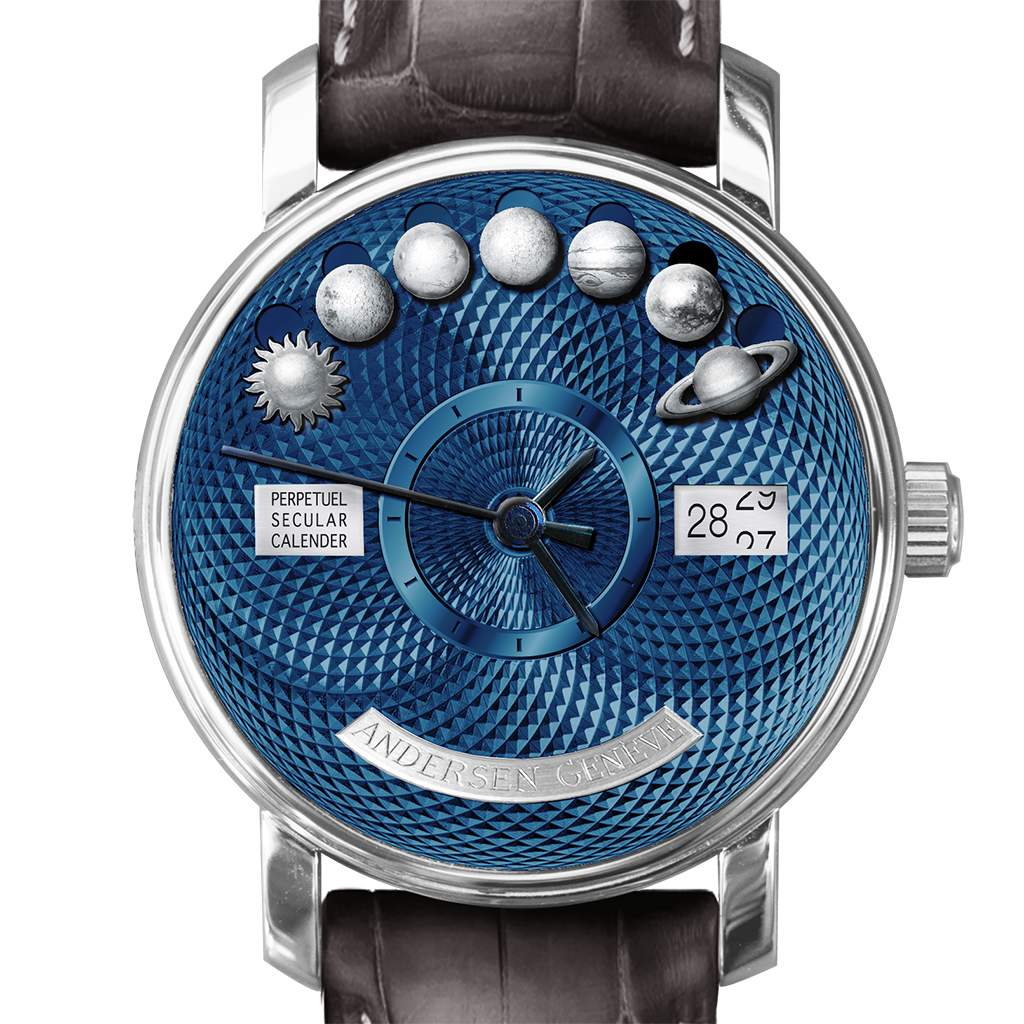 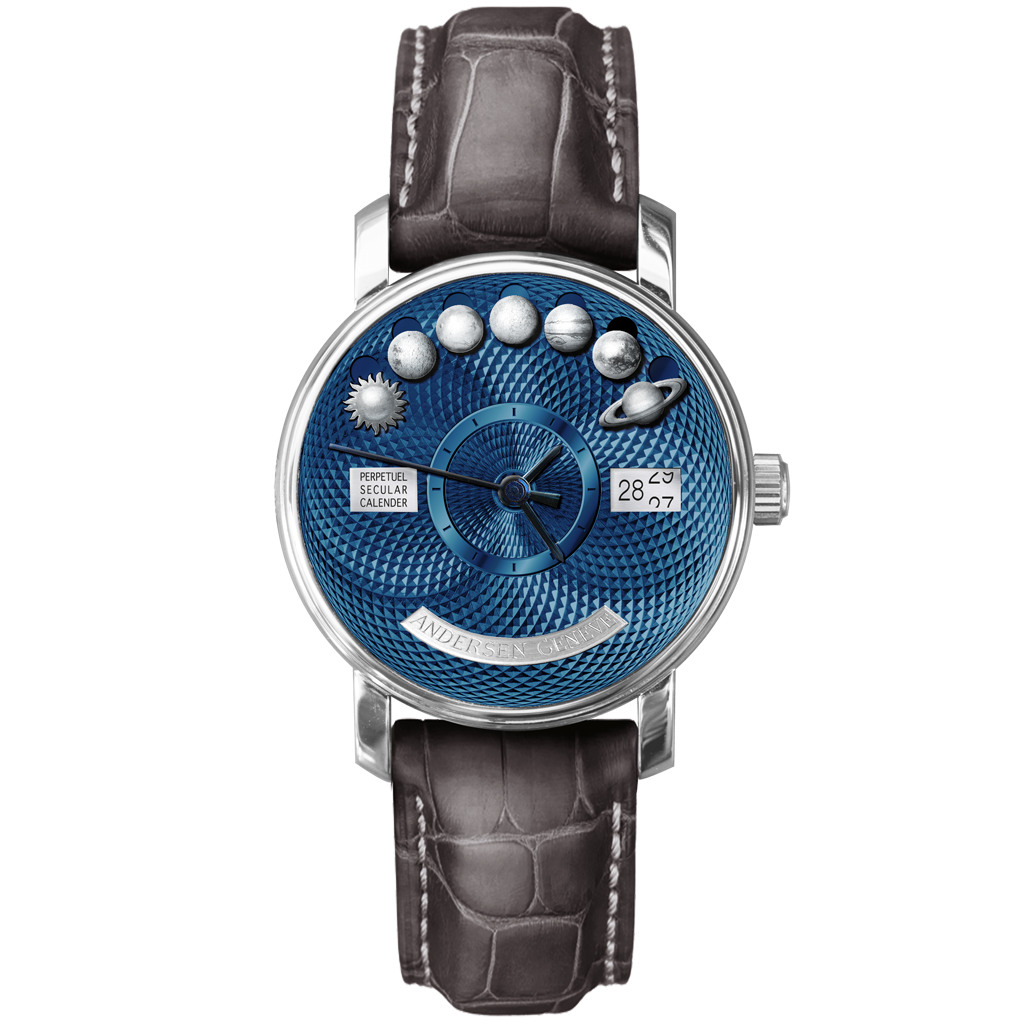 To celebrate the 20th anniversary (1996-2016) of this iconic watch, ANDERSEN Genève adds one more complication to the “Perpetuel Secular Calender”: The seven days of the week will be displayed on the dial with hand engraved white gold buttons. The buttons represent the sun, the moon and five planets. The complication is made readable with seven small apertures to indicate the current day (one of the aperture being marked with a dot to indicate the current day of the week). The names of the days are named after contemporary deities, a system introduced in the Roman Empire during Late Antiquity. It starts with the Sun for Sunday, and then the Moon, Mars (Ares), Mercury (Hermes), Jupiter (Zeus), Venus (Aphrodite) and finally Saturn (Cronos) for Saturday.

On the front dial, the date is displayed at three o’clock. The aperture shows the current date in the middle and also lets appear the previous and the following dates as a symbol of continuity. The day of the week is indicated by a dot behind the sun, the moon, or one of the five planets. They are in white gold hand-engraved by a master engraver; the “ANDERSEN Genève” logo too.

The “Perpetuel Secular Calender” 20th Anniversary carries ANDERSEN Genève’s DNA adorned by watch collectors: a very sober and classy watch case in platinum with aesthetic simplicity. The front dial is made of exclusive "BlueGold" that ANDERSEN Genève has been mastering for decades. It is a 21ct gold with iron elements in it. Once heated the gold gets an exclusive blue colour that reflects light in a very special way. No two dials get out of the oven with the same colour making every dial unique. The hand guilloché “Diamond” motive empowers light reflexion too, it is an extremely difficult texture to handcraft. Under certain angle, it lets appear an “8” or “∞” motive on the dial that empowers the philosophy of this timepiece that is manufactured to tell days, date, month and time correctly for centuries.

On the back of the watch, under a sapphire glass, the “Perpetuel Secular Calender” indication will be displayed with three counters and blued hands indicating Months, Years and Leap Years. The module developed and assembled by ANDERSEN has been continually optimised since ANDERSEN Genève’s first Perpetuel Secular Calender wristwatch  20 years ago, in 1996. The specific dial displayed is programmed for 400 years; afterwards a new dial must be provided with the future years indication from 2400 to 2800…and so on.

Under the sapphire glass, a "BlueGold" ring around the dial will let the watch collector have his desired text hand engraved. Bespoke options have been offered by ANDERSEN Genève since the beginning in the early 80’s. The watch collector can make his timepiece unique.

No compromise is made on quality. Therefore, every component of this watch is yes manufactured in Switzerland, whether in the atelier, in Geneva or Neuchâtel, with the help of passionate high-end craftsmanship.

The “Perpetuel Secular Calender” 20th Anniversary is manufactured in a limited edition of 20 timepieces in platinum only. It celebrates 20 years (1996-2016) of perpetuel secular calender wristwatches developed, manufactured and assembled by ANDERSEN Genève.