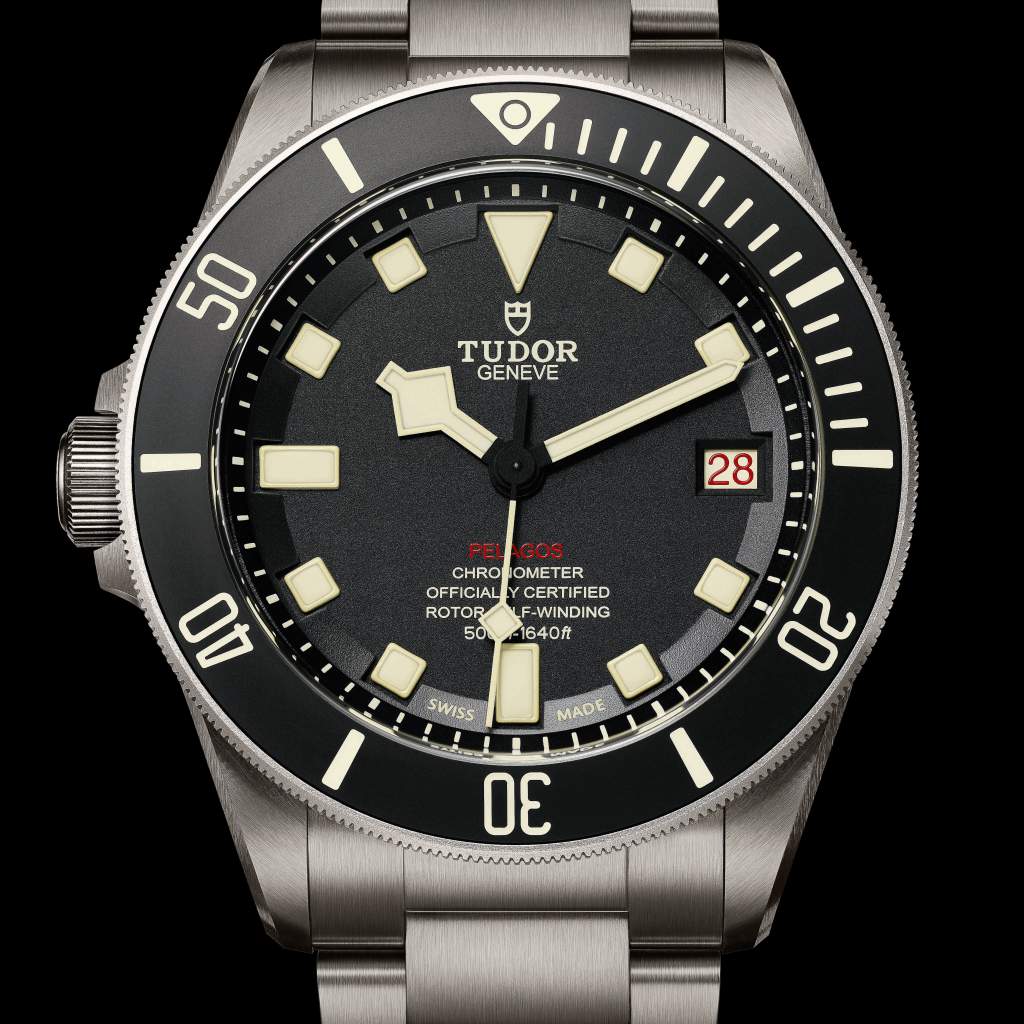 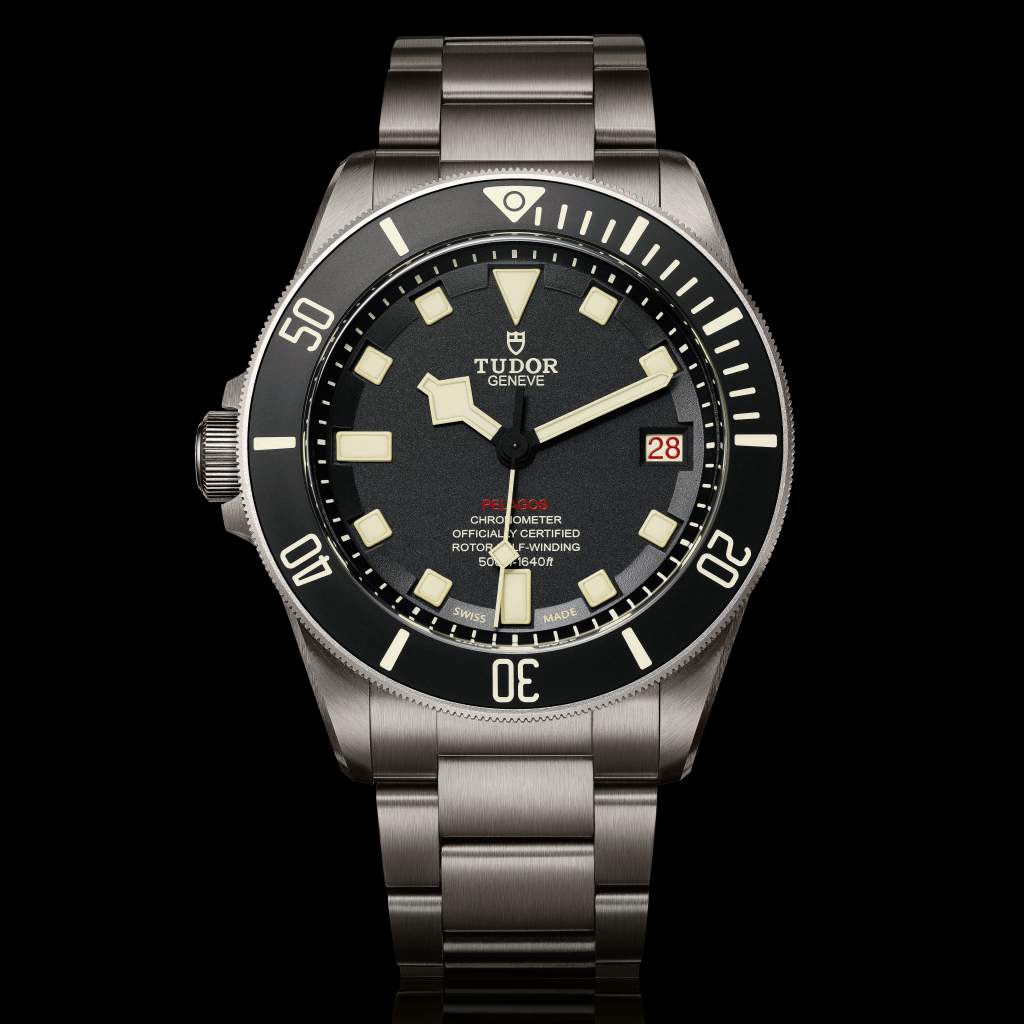 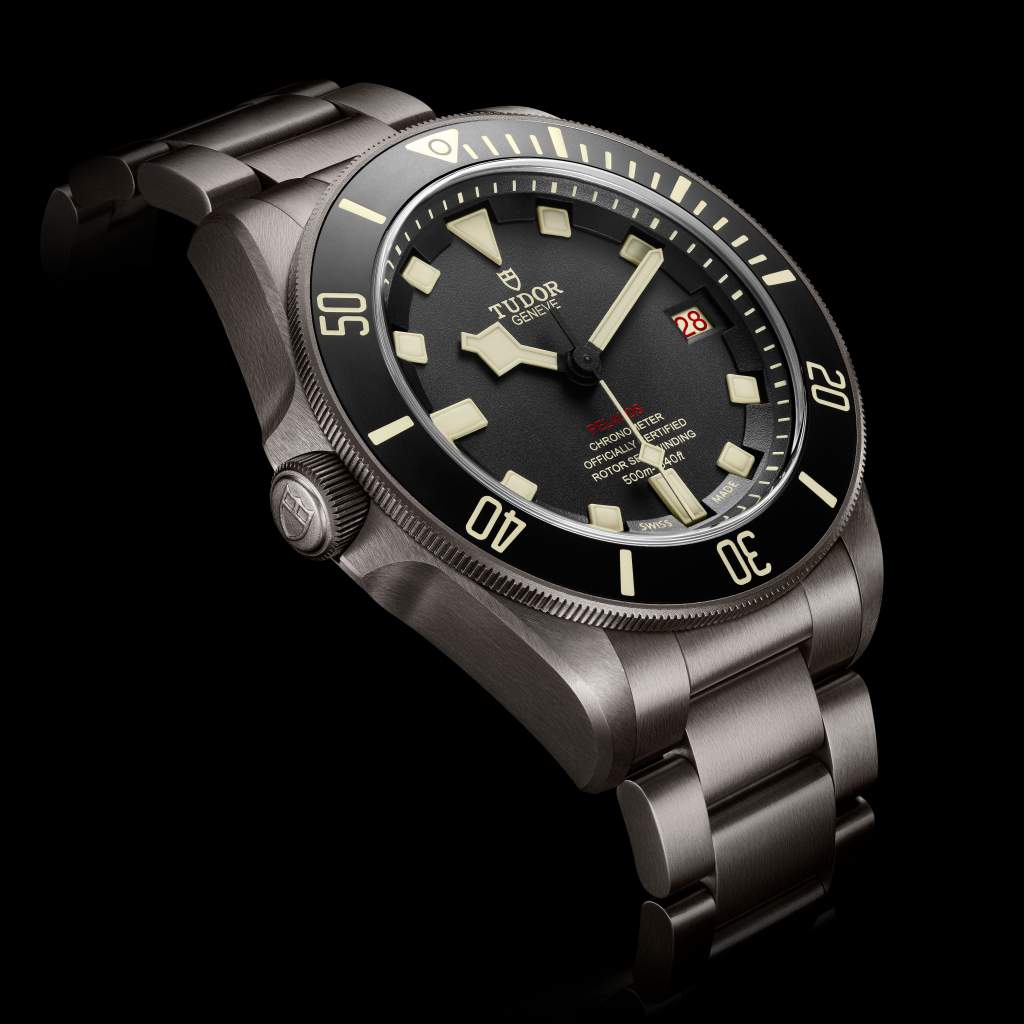 In a nod to its past, TUDOR is offering its famous Pelagos model in a "left-handed" version, with its winding stem on the left of the middle case so that it can be worn on the right wrist. TUDOR had already produced watches of this type at the specific request of diving professionals, for example for the French Navy during the 1970s. Divers' watches, intended to be worn specifically on the right wrist, require specific ergonomic characteristics. Before the advent of this watch, left-handed divers could be seen wearing their watch turned upside down on their right wrist and were only able to use the elapsed-minute calculating function, leaving the dominant hand free to access the winder. The introduction of this new model into the Pelagos line, named LHD for Left Hand Drive, means that TUDOR is able to offer a complete range of technical divers' watches at the same time as bringing a little-known part of its product development history to light.

In keeping with the finest traditions of giving tool-watches dedicated reference numbers, Pelagos LHD is produced as a numbered series. Each model has a unique production number engraved in large Arabic numerals on the case back. This is a first for TUDOR.

The dial of this new Pelagos watch has been reworked with beige luminescent markings and the name "PELAGOS" in red at 6 o'clock. The calendar disc, in beige too, also comes in a new design, with its numbers displayed in alternate colours: the even days are displayed in red and the odd in black. This aesthetic detail, nicknamed "roulette" by collectors, was especially characteristic of TUDOR divers' watches with its dial and "snowflakes" hands that first appeared in reference 7021 in 1969. In the same vein, the unidirectional rotatable bezel in ceramic has beige luminescent markings to match those of the dial.

TUDOR MT5612-LHD Manufacture movement with winding stem on the left

This is a specific variant of the TUDOR manufactured movement developed for the Pelagos LHD model. Displaying hours, minutes and seconds functions, it bears the reference MT5612-LHD, where "MT" stands for "Mouvement TUDOR". In 2015, TUDOR announced its first mechanical movement to have been developed, manufactured and assembled in-house. A high-performance calibre of superb precision and proven robustness, it offers a 70-hour power reserve, meaning that the wearer can, for example, take off the watch on Friday evening and put it on again on Monday morning without having to rewind it. Beating to a frequency of 28,800 beats/hour or 4 Hz, it is regulated by a variable inertia oscillator with a silicon balance spring and held in place by a traversing bridge, a guarantee of its robustness. Furthermore, it is certified by the Swiss Official Chronometer Testing Institute (COSC) in positions in which it is worn with the winding stem on the left.

The Pelagos model is also characterised by its titanium bracelet with a steel folding clasp equipped with a sprung self-adjustment mechanism developed and patented by TUDOR. This ingenious system enables the automatic adjustment of the bracelet when diving, by contracting when the diving suit is subjected to compression at depth, thus reducing thickness and, conversely, by expanding when the pressure lessens as the diver comes back up again. An additional black rubber strap with an extension link so that the watch can be worn with all types of diving suit is also included.

Titanium’s natural qualities explain its choice for the case and bracelet of the TUDOR Pelagos. Light and only 60% of the weight of stainless steel for the same volume, it is also very resistant to the corrosion caused by seawater. The matt appearance of its entirely satin finish, its technological overtones and its colour all serve as an excellent means of communicating the technical vocation of this watch in terms of its design. Like its case and bracelet, the TUDOR MT5612 movement with which the TUDOR Pelagos is equipped also has matt finishings sand-blasted, machine-tooled or with a sunray finish suggestive of robustness, precision, reliability and a high level of technological expertise.

The waterproofness of the Pelagos model is guaranteed up to 500 metres (1,640 ft) and has been systematically tested to 125% of its capacity, that is, to 625 metres (2,050 ft). This extreme waterproofness is coupled with an automatic helium escape valve, an indispensable device designed to safeguard the watch during "saturation" dives. This diving technique involves saturating the bodies of divers with a mixture of helium and oxygen gases, enabling them to alternate periods of underwater activity with periods of rest in a hyperbaric chamber so as to avoid very long phases of decompression during the dive. The helium atom is the smallest gas particle in existence. It manages over time to penetrate the inside of a watch in spite of its waterproofness. In this case, the automatic helium escape valve enables the helium gas to escape from the watch freely during the decompression phase much shorter than the immersion without damaging it during the dive. Without this type of system, the excessive pressure created inside the watch by the presence of a large number of helium atoms would cause it to explode during decompression.