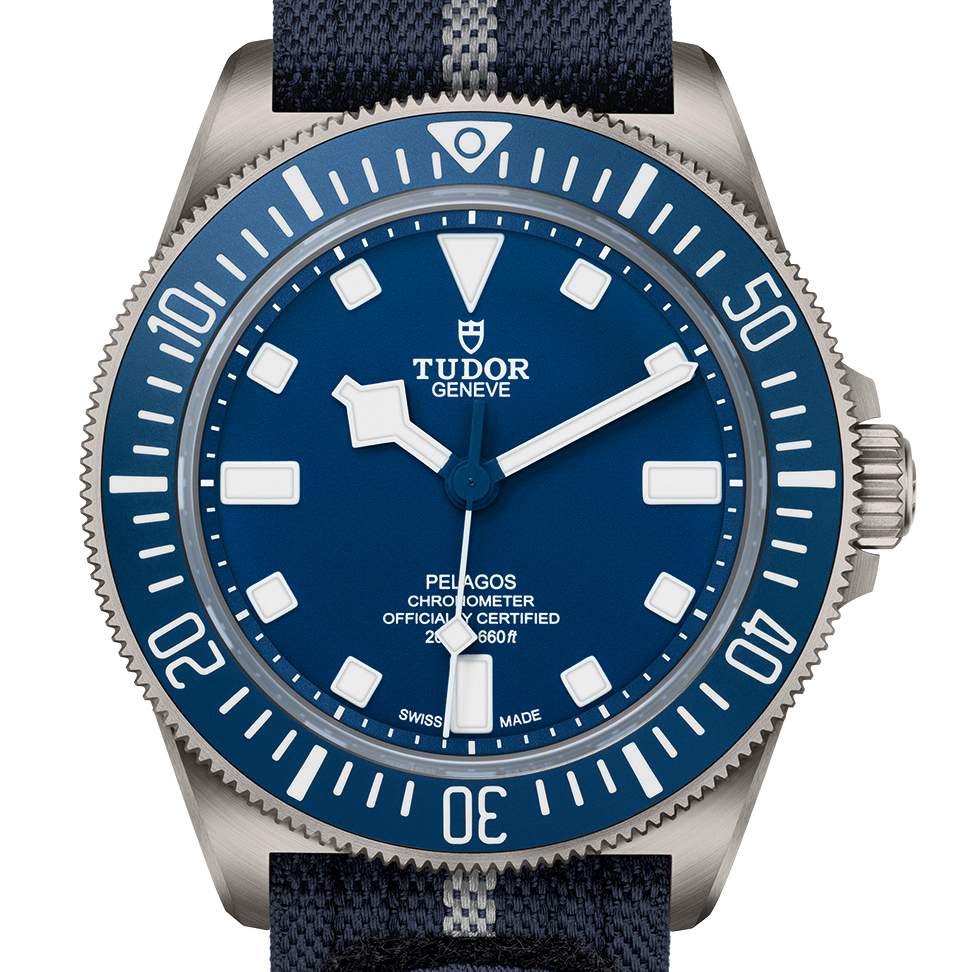 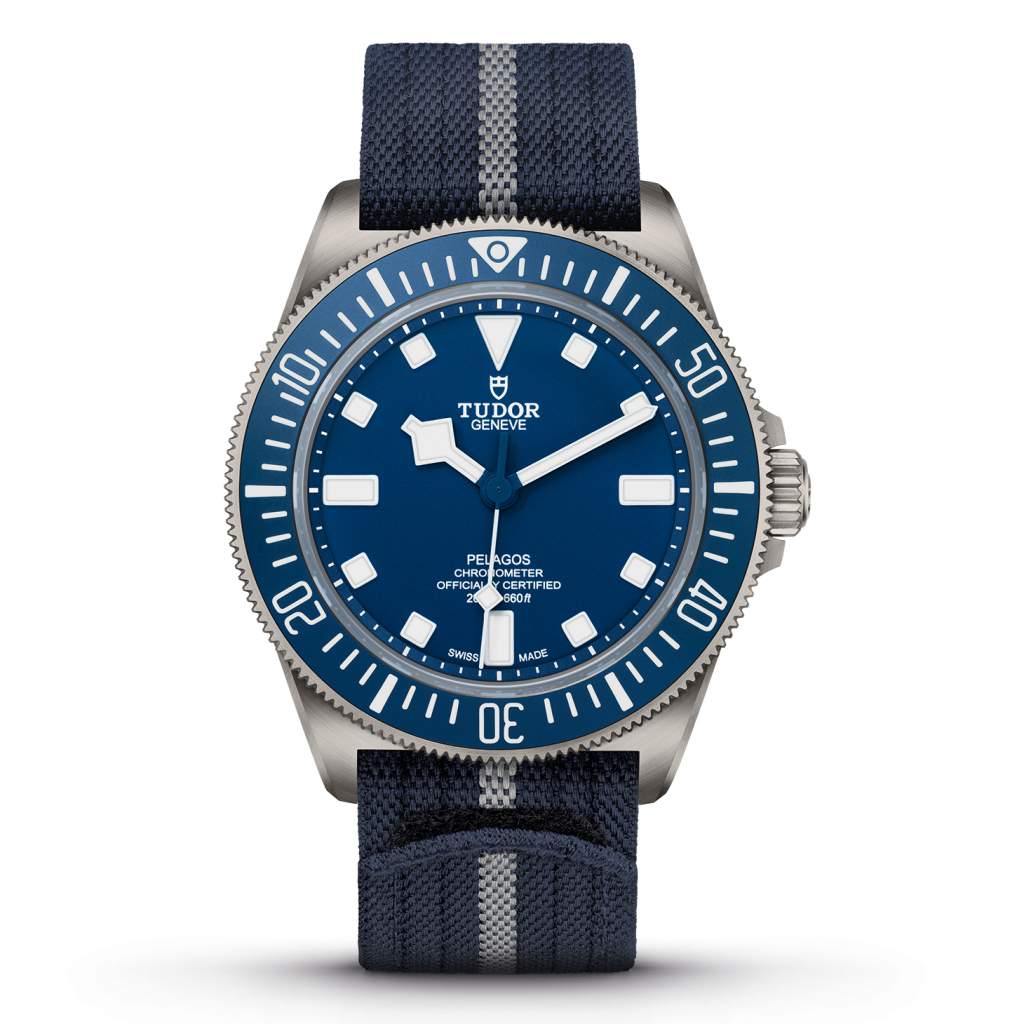 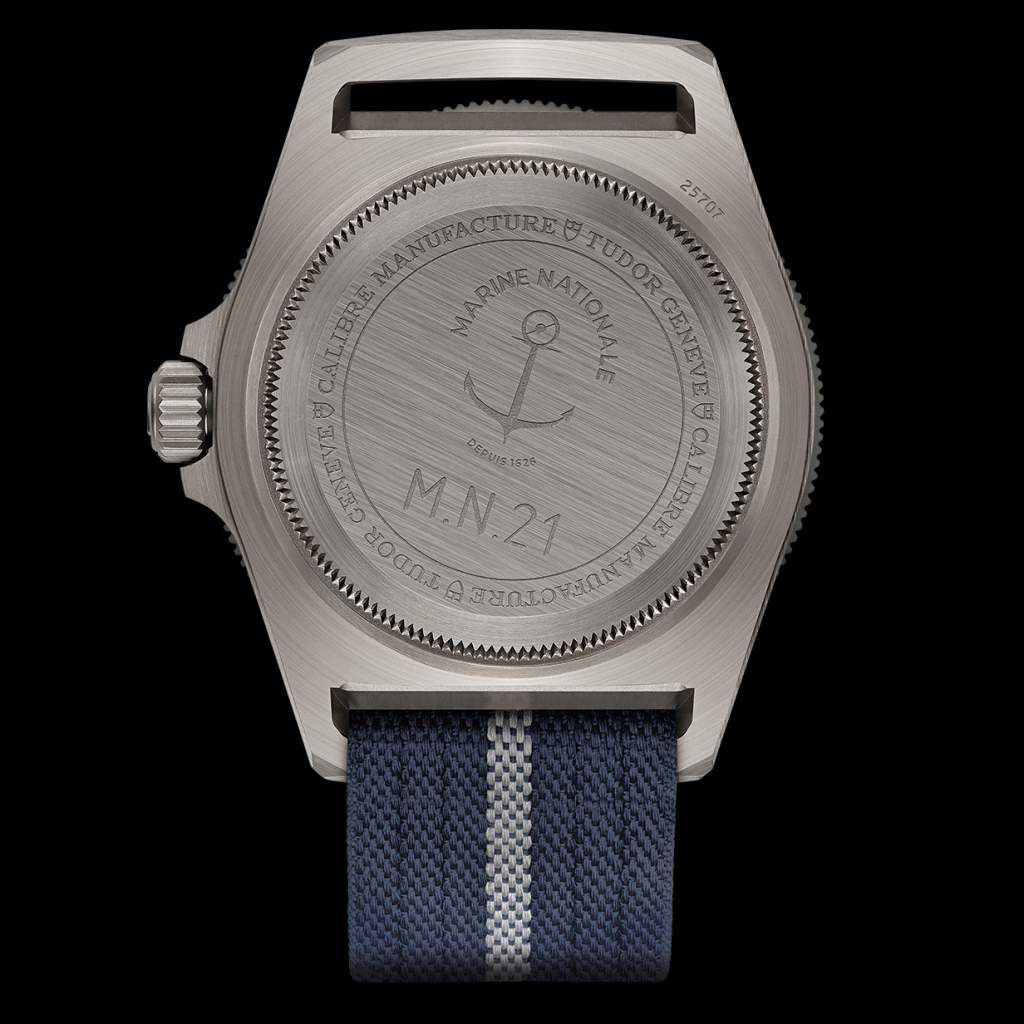 Developed to a set of unique specifications created in collaboration with a specialist unit of the FrenchNavy, the Pelagos FXD model was designed for underwater navigation and is optimised for professional use.

A UNIQUE SET OF SPECIFICATIONS

Developed in conjunction with the French Navy's combat swimmers, the Pelagos FXD model is based on a set of specifications that are as precise as they are demanding. For this reason, it includes many functional features that are new to TUDOR, such as its fixed strap bars that are machined into the main body of the 42 mm titanium case for increased robustness and reliability. Shaped as an extension of the lugs, they are key to the model's characteristic silhouette.

Another feature specific to this model is the 120-notch rotating bezel. Bidirectional with retrograde graduation from 60 to 0, it does not correspond to the ISO 6425:2018 standard of divers' watches, but instead meets the specific needs of the method known as “underwater navigation”, one of the specialities of combat swimmers.

Underwater navigation consists of reaching a precise location by sea, without surfacing, by following a meticulously planned route. Divers carry out this underwater navigation in pairs, connected to one another by a strap known as a "life line", and complete a series of straight swims guided by a magnetic compass. They swim at a constant speed for a set time in each section, completing as many sections as necessary whilst timing each one exactly. This navigation entails restarting a countdown at each change of course. The anticlockwise graduation and luminescence of the bezel of this model make it easy to set up and monitor each countdown, by aligning the time set for the section to be covered on the bezel with the minute hand. When the minute hand arrives opposite the triangle, the team changes course and the diver in charge of timing begins the next countdown. The model has also been fitted with a large bezel ring, which exceeds the diameter of the case for optimum grip, even with neoprene gloves and hands that are numb from long dives in cold water.

In aesthetic terms, the Pelagos FXD model is inspired by the TUDOR divers’ watches historically used by the French Navy. It is navy blue in colour and has the characteristic square hour markers and angular hands, known as Snowflake, introduced by the brand in 1969 to increase the intensity of the luminescence of its watches in poor light conditions. It also features a rotating bezel with a sand-blasted ceramic insert with luminescent material. Its 42 mm titanium case is waterproof to 200 metres and is entirely satin-brushed to produce a matt effect to limit light reflections. To highlight the watch's official character, its case back bears the logo of the Marine nationale (French Navy) brand composed of an anchor topped with a sailor’s hat, as well as a historically inspired engraving of "M.N.21" for “Marine nationale 2021".

A BRACELET WOVEN IN THE FRENCH NAVY'S HERITAGE

Historically, the French Navy had TUDOR watches delivered without bracelets and then fitted them with their own straps, handmade or otherwise. Two strap types appear to have been particularly used over the years: black straps made from a single piece of braided nylon, and, less commonly, handmade straps made from parachute elastic, which could be recognised by their green colour and yellow or red central thread. It is to the latter, ultra-functional relics inextricably linked to French military divers, that the fabric strap of the Pelagos FXD pays tribute.

The single-piece fabric strap is one of the hallmarks of TUDOR, which in 2010 became one of the first watchmaking brands to offer it with its watches. Woven in France on 19th century Jacquard looms by the Julien Faure company in the St-Etienne region, its manufacturing quality, robustness and comfort on the wrist are unique. For the Pelagos FXD model, a new, highly technical strap construction was developed by TUDOR and Julien Faure, adapted here to the rustic nature of the French Navy divers' work. Made up of a 22 mm navy blue polyethylene woven ribbon with a silver central thread, a titanium "D" buckle and a self-gripping fastening system, it adapts to different wrist sizes and is very comfortable to wear.

By notable coincidence, Julien Faure, a family firm created in 1864, has for many years woven decorative ribbons exclusively in its workshops, bearing the names of French Navy ships and forming an integral part of the legendary bachi, the red pompom hat worn by French sailors and quartermasters.

An additional one-piece rubber strap with an embossed motif and buckle is also included with the Pelagos FXD. It is the first time that this very supple, comfortable strap has been offered by TUDOR.

The Manufacture Calibre MT5602 that drives the Pelagos FXD model displays the hours, minutes and seconds functions. It has the finish typical of TUDOR Manufacture Calibres: its rotor in tungsten monobloc is openwork and satin-brushed with sand-blasted details, while its bridges and plate have alternate sand-blasted, polished surfaces and laser decorations.

Its build has been designed to ensure robustness, longevity, reliability and precision, as has its variable inertia balance, which is maintained by a sturdy traversing bridge with a two-point fixing. Together with its non-magnetic silicon balance spring, the Manufacture Calibre MT5602 is certified as a chronometer by the Official Swiss Chronometer Testing Institute (COSC), with its performance going beyond the standards set by this independent institute. In fact, where COSC allows an average variation in the daily running of a watch of between -4 and +6 seconds in relation to absolute time in a single movement, TUDOR insists on between -2 and +4 seconds’ variation in its running when it is completely assembled.

Another notable feature is that the power reserve of the Manufacture Calibre MT5602 is "weekend-proof"; that is to say about 70 hours, which enables the wearer to take the watch off on a Friday evening and put it back on again on Monday morning without having to reset it.