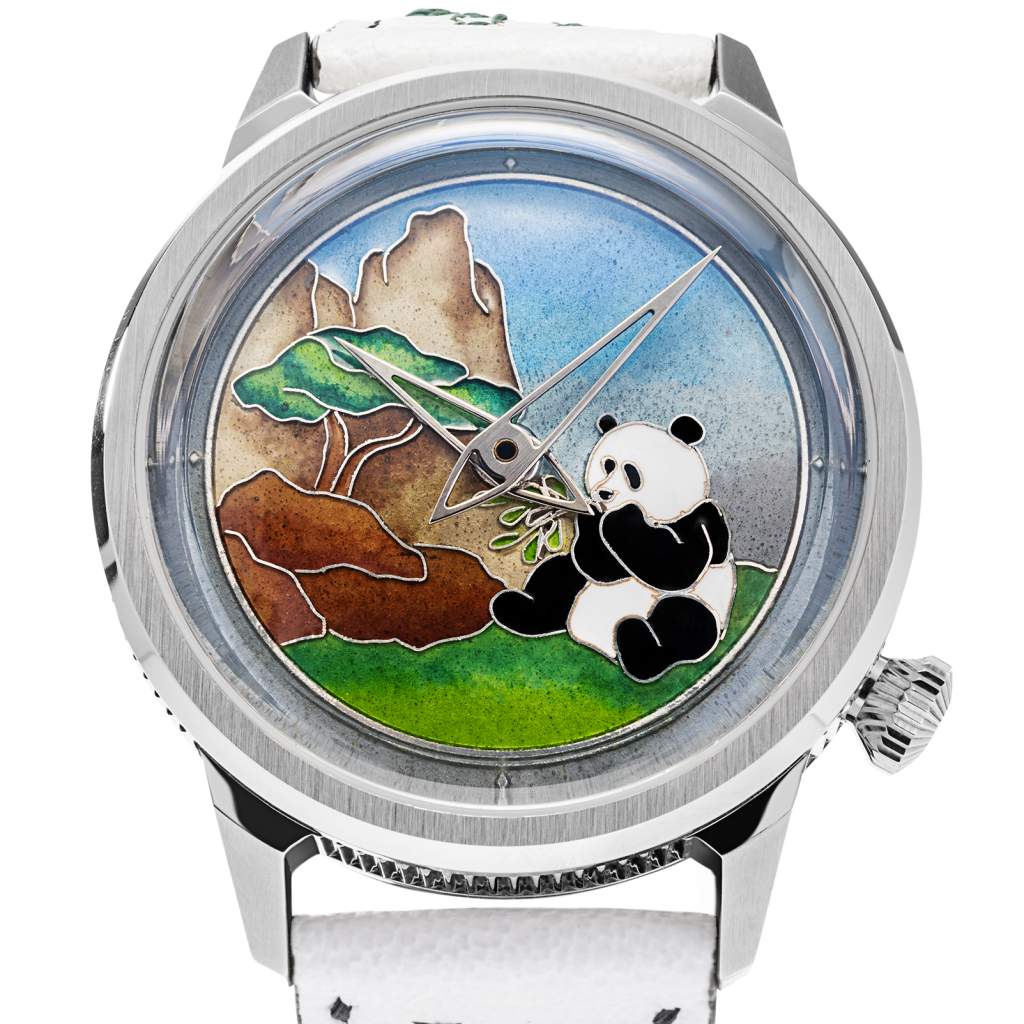 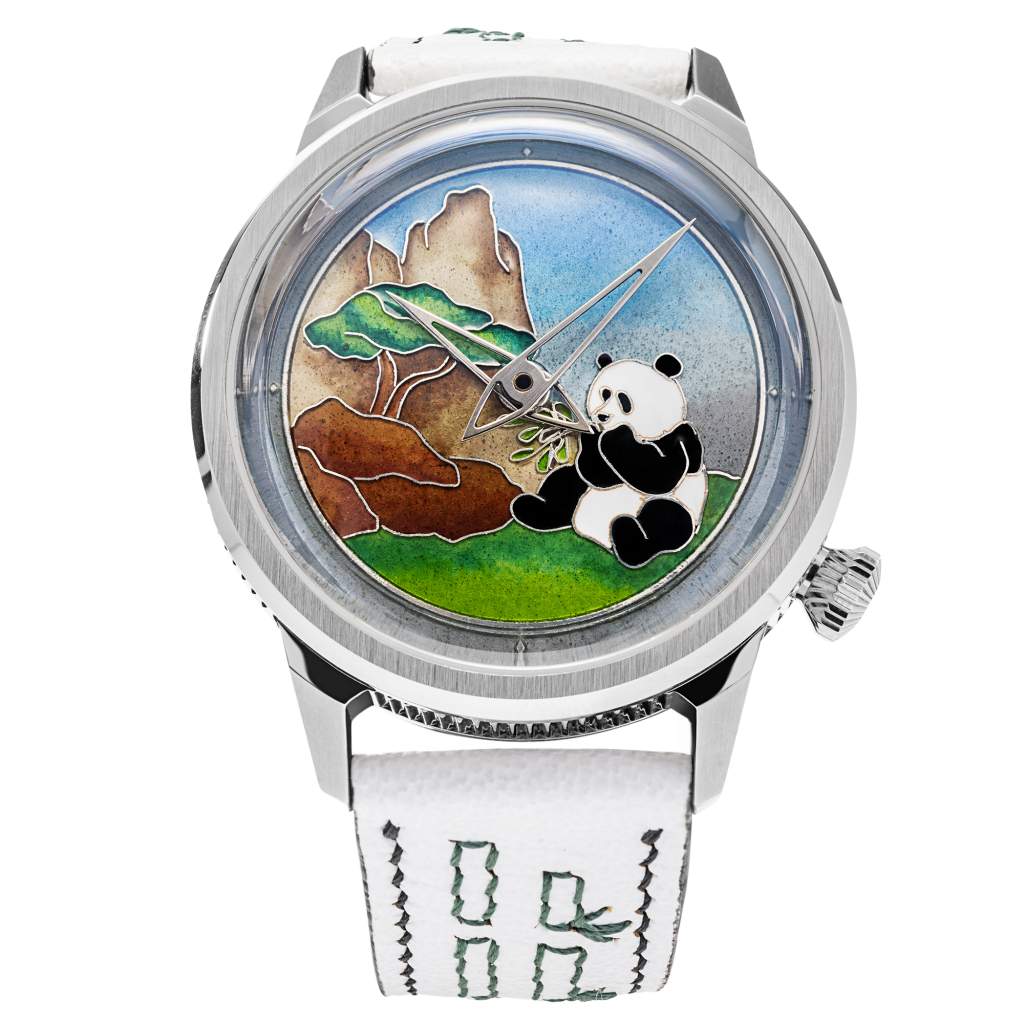 The “Panda” is a tribute to the first ever Panda cub born in Singapore named Le Le.

He was born on Aug 14 after seven attempts by his parents to conceive over a period of 9 years in Singapore.

The Panda, as a symbol, is deeply entrenched in the eastern culture, representing peace, luck and wisdom, they are well loved and are currently classified as endangered animals.

The artwork on the watch dial shows the Panda in its natural habitat the bamboo forest enjoying the bamboo shoots around it. The Cloisonné enameling technique is used here, with gradient work carefully applied to produce the various color tones.

The straps feature traditional bamboo inspired design, it is fully hand stitched and crafted in Singapore.

The dials, straps and watch assembly are all done locally in Singapore, and represent the brand’s second attempt at a Métiers d’Art watch.

Feynman Timekeepers is a small independent watch-maker based in Singapore, with just 5 years in existence. We create compelling timepieces, each challenging conventional aesthetics.