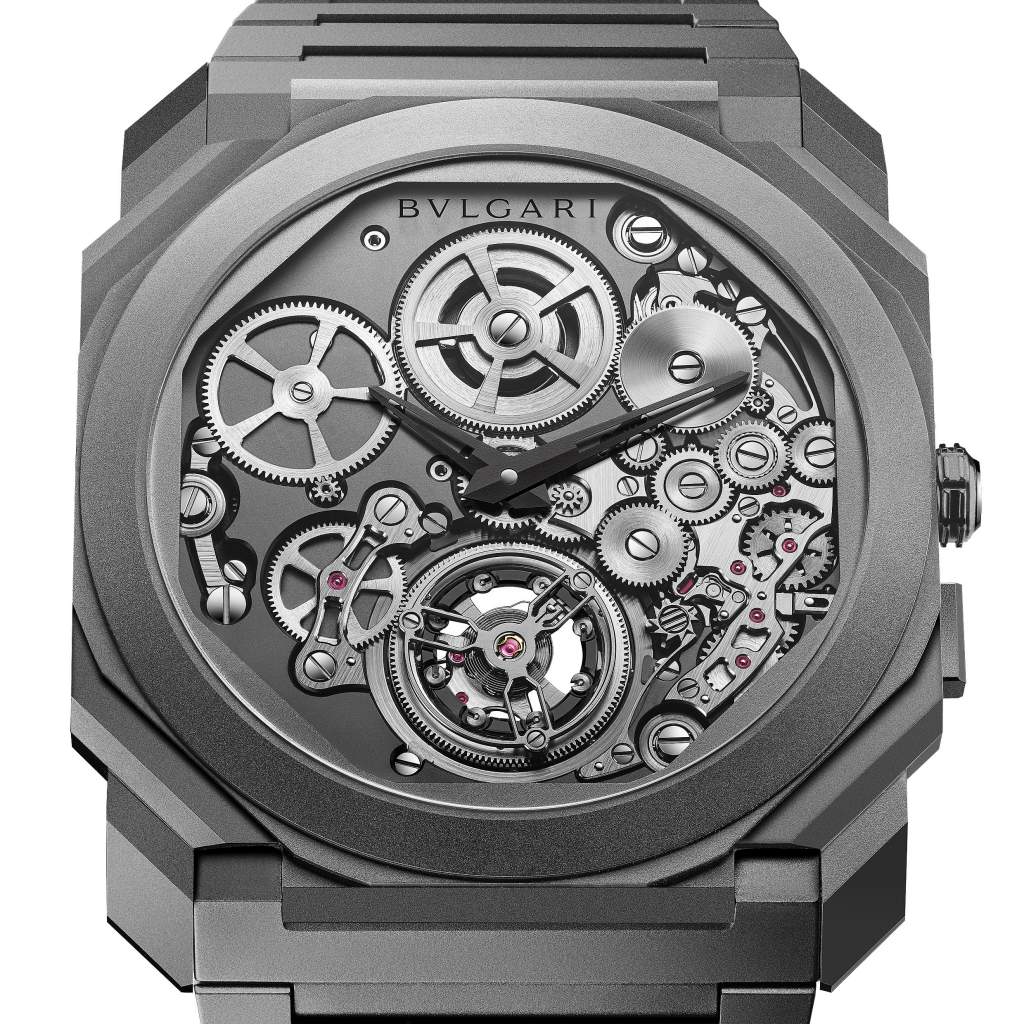 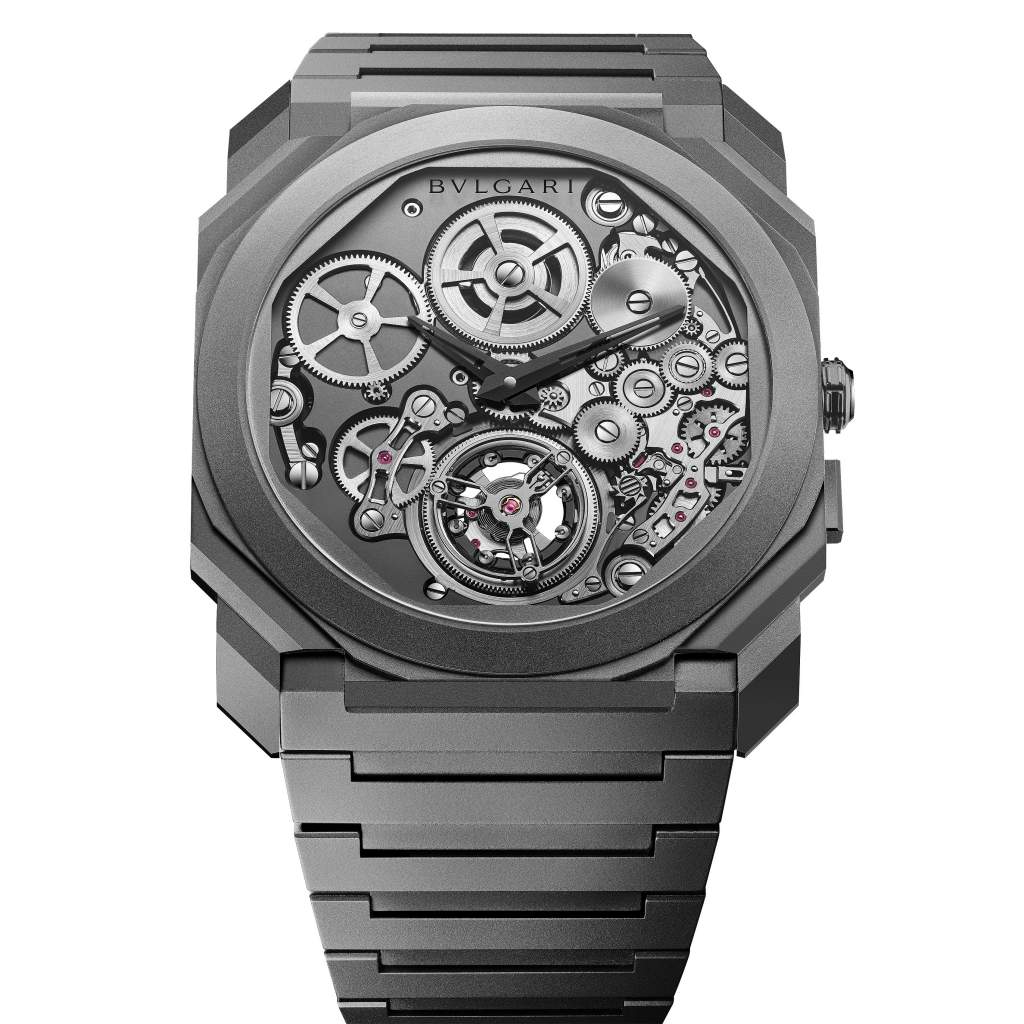 Working on the basis of the Finissimo Tourbillon movement launched in 2014, this new development – Calibre BVL 288 – handles automatic winding via an innovative and attractive peripheral oscillating weight positioned on the back of the movement. It is made of white gold and aluminium, two metals whose contrasting density enables the circular weight to oscillate in a particularly regular manner. The movement also incorporates a flying tourbillon equipped with a ballbearing system contributing to the reduced thickness.

Measuring just 1.95mm thick and endowed with a 52-hour power reserve, Calibre BVL 288 Finissimo is housed in a sandblasted titanium case revealing the entirely openworked skeleton movement displaying all its internal organs. Octo Finissimo Automatic Tourbillon also indicates the hours, minutes and small seconds. An opening on the back of the watch, depicting the stylised motif adorning the entrance of the boutique on the Via Condotti in Rome, provides a chance to admire both the tourbillon and the oscillating weight in action. In just 3.95 millimetres, Octo Finissimo Tourbillon Automatic redefines the frontiers of Haute Horlogerie.