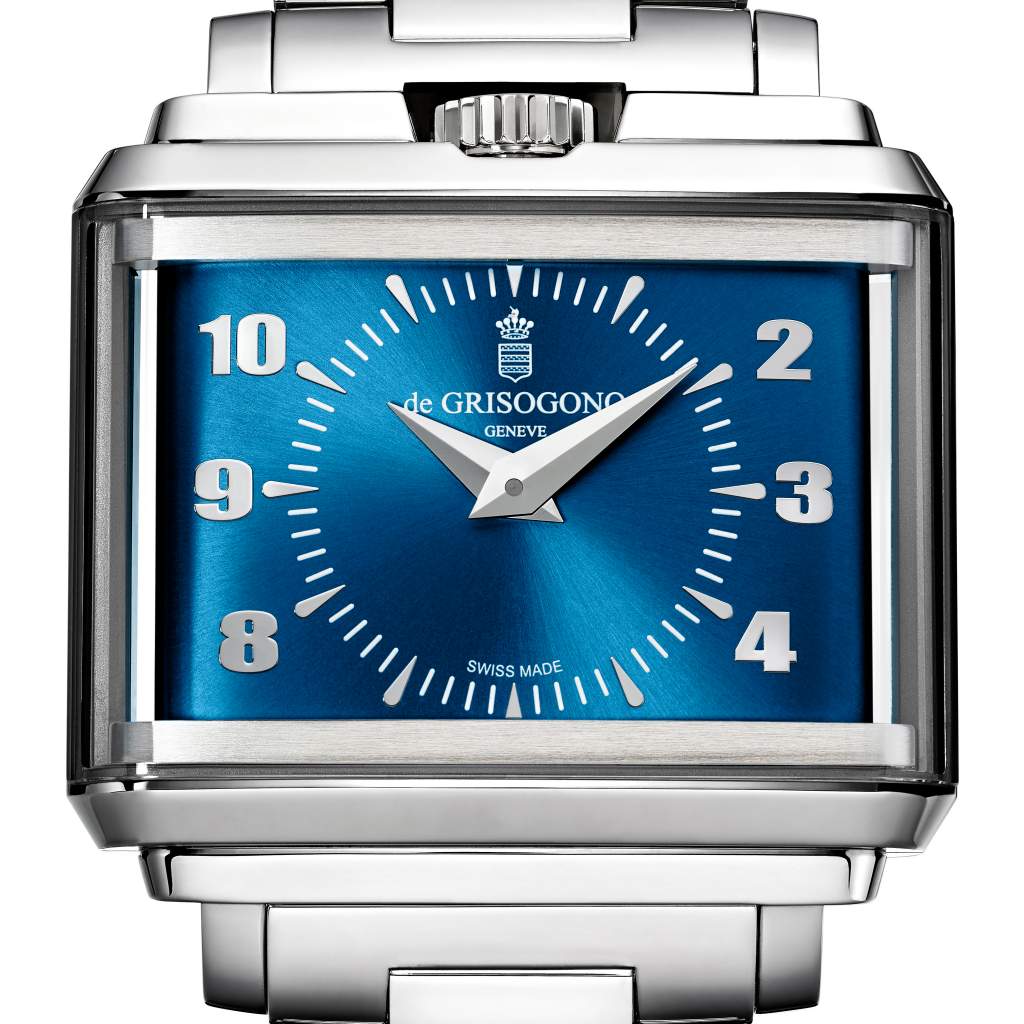 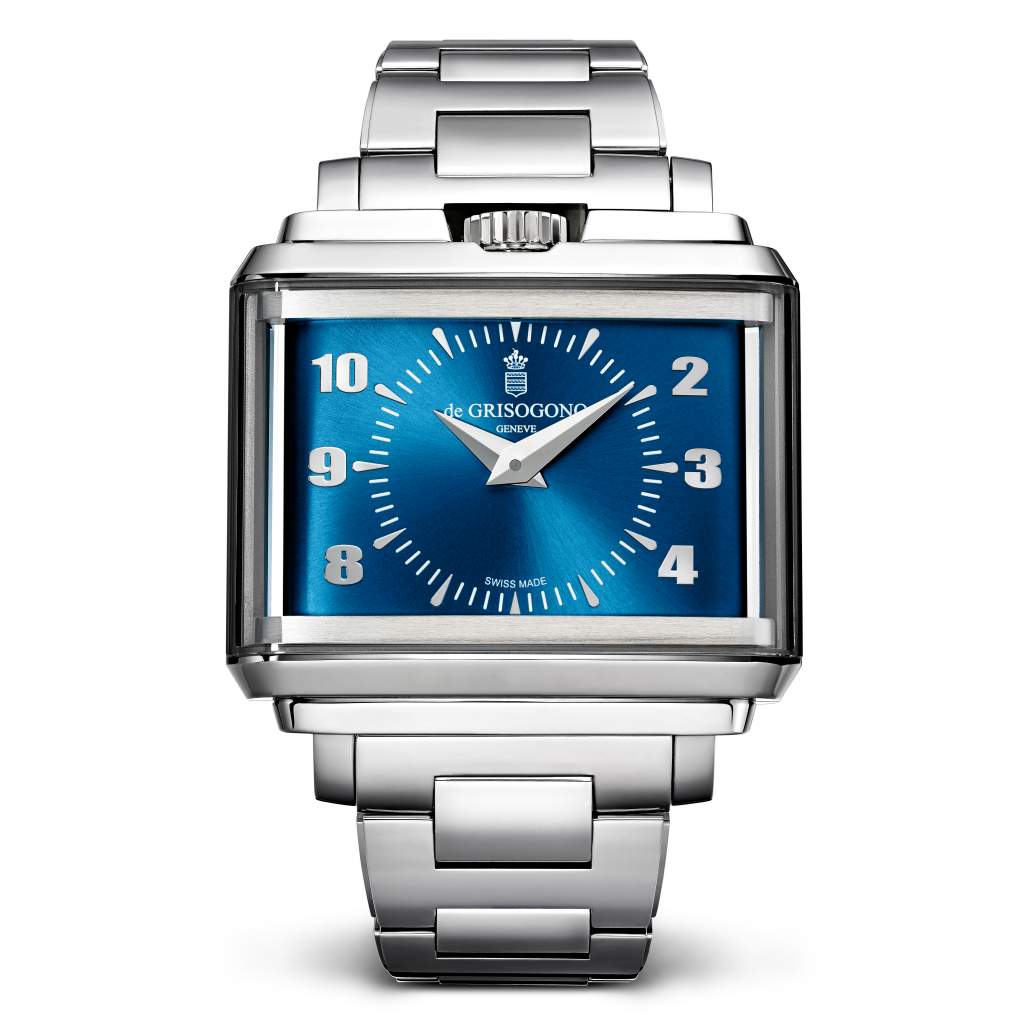 Be they devotees of non-ostentatious watches proclaiming their authenticity, or modern gentlemen looking for a well-made and elegant timepiece, the New Retro Steel 44mm makes a natural fit on their wrist.

Its rectangular case epitomises the perfect balance between minimalist architecture and controlled volumes. Roundness and angles combine to create a unique geometry, that of the NEW RETRO. In keeping with watchmaking traditions, it has been crafted in white or rose gold, welcoming complications and diamonds. Today, the NEW RETRO STEEL 44MM displays the steely side of its nature, appearing attired in a luminous, gleaming shade of grey synonymous with the most timeless metal of them all.

Previously fitted with leather straps only, the NEW RETRO STEEL 44MM now shows up in an all-steel version. In its 316L alloy, the non-magnetic and non-allergenic metal reveals its true robustness, framing a dial glowing in sunburst satin-finish steely blue.

With its streamlined design and generous dimensions, this is a watch for every circumstance. An elegantly minimalist model exuding a simple, self-evident style equally suited to a black-tie red-carpet event, a helicopter flight preceding a freeride descent, a barber’s appointment, a cocktail in an art gallery or a dinner with friends in Porto Cervo. Urban, relaxed, sporty and understated, the NEW RETRO STEEL 44MM will naturally become a fixture on your wrist.

While losing nothing of its elegant soul, its trendy spirit instilled with a vintage touch, it flaunts its minimalism all the way through to its price.

NEW RETRO, a watch collection that honours the past while creating the future.

Exuding a subtle blend of modern touches and a vintage feel, this is a watch composed of tradition and vision. An alliance between opposites. The clean-cut, simple lines of a wide rectangular-shaped case, balanced by gently curving rounded angles. A minimalist watch whose complexity lies in its case construction composed of two perfectly matching domed sapphire crystals, bound by a slender gold ribbon. A watch with peerless allure. Initially introduced in a soberly elegant two-hand version, it has since been adorned with snow-setting and then with baguette-cut gems. Its rectangular silhouette is interpreted in a large-sized 50.6 mm x 44.1 mm format, as well as a more androgynous 42.3 mm x 39.6 mm variation.

For its first horological complication – a skeleton tourbillon –, the NEW RETRO TOURBILLON chose to cultivate the non-conformist de GRISOGONO attitude with an exclusive movement featuring an unusual construction: curved right the way through to its bridges, based on a subtle interplay of symmetry and asymmetry, contrasting materials as well as transparency.

de GRISOGONO continues to focus on setting a daring stage for its movements with its second complication, the NEW RETRO POWER RESERVE. The in-line movement is skeletonised and offers pleasing transparency, held by its stylised rhodium-plated anthracite bridges characterised by a structure reminiscent of vintage car grilles: the 48-hour power reserve appears to be suspended at 12 o’clock. Finally, the NEW RETRO DOUBLE JEU by de GRISOGONO has diverted the oscillating weight from its primary function. Driven by a quartz movement, the watch flaunts its playful spirit through stylised 3 and 9 o’clock numerals pivoting with each flick of the wrist, driven by a half-moon oscillating weight.

Loyal as ever to its philosophy of daring to create shapes highlighting functions, of developing original complications and of playing with aesthetic codes to magnify the art of time measurement, de GRISOGONO continues to break free of existing conventions.