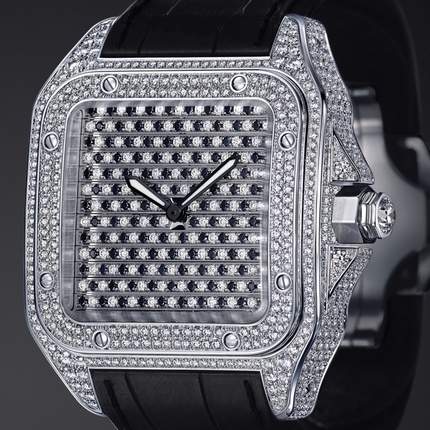 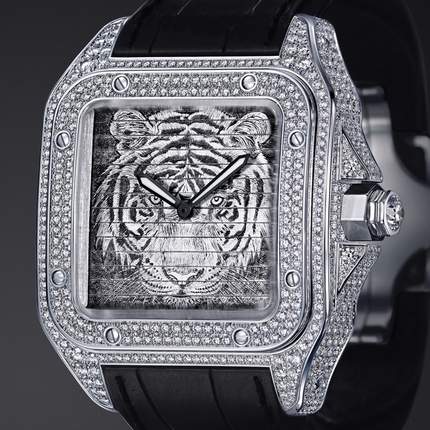 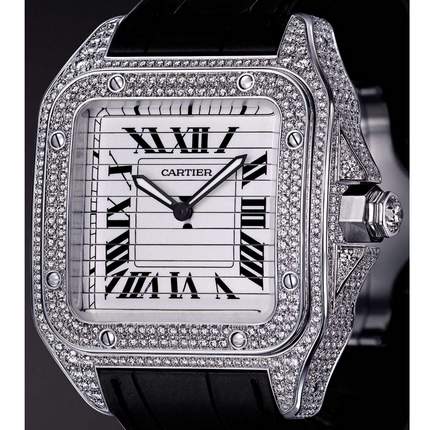 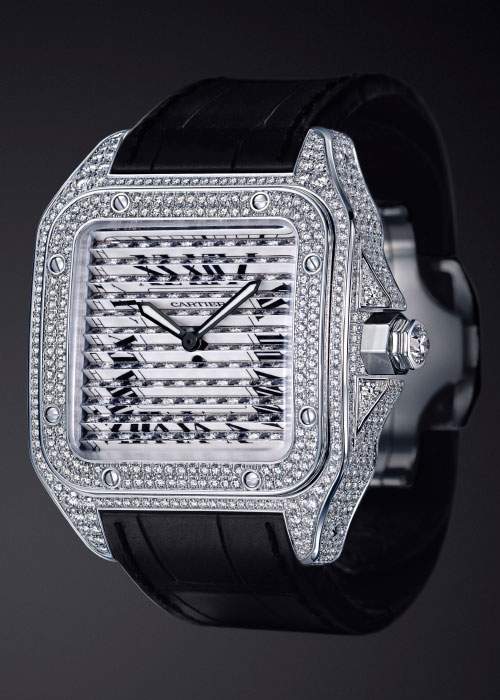 A 3-D watch, a visionary timepiece

In a true illustration of watch-making innovation, this extra-large Santos Triple 100 model combines a rotating-dial mechanism with a skeleton movement for the very first time; with a simple turn of the winding crown, a spectacular display of hidden faces unfurls. A work of art entirely set with precious stones, this numbered edition limited to 20 timepieces brings time to life in images, furnishing it with a magical and hypnotic hue. Place of origin: The R&D unit of the Cartier Manufacture developed this mechanism, which is in the process of being patented, after many months of research. Manufacturing secret: Mobile prisms in 18 carat, white gold, activated simultaneously by means of the crown, are driven by a system of miniature gear trains that causes the prisms to swivel gradually in one direction or the other, revealing three different dial faces.  Sequences: The three different dial faces appear in succession: from a classic face featuring 12 Roman numerals, to a face completely paved with round diamonds and black sapphires in a marvellous jeweller's chessboard, followed finally by a face engraved with a tiger's head, which required over 40 hours' work and meticulous attention to detail. Gears: The mechanism of this extraordinary version of the Santos Triple 100 is combined with a Manufacture-crafted, mechanical, skeleton movement with manual winding, which has been decorated by hand and assembled at the Cartier Manufacture. The watch also boasts a double-barrel movement equipped with a 72-hour power reserve, which can be observed through its transparent case-back.