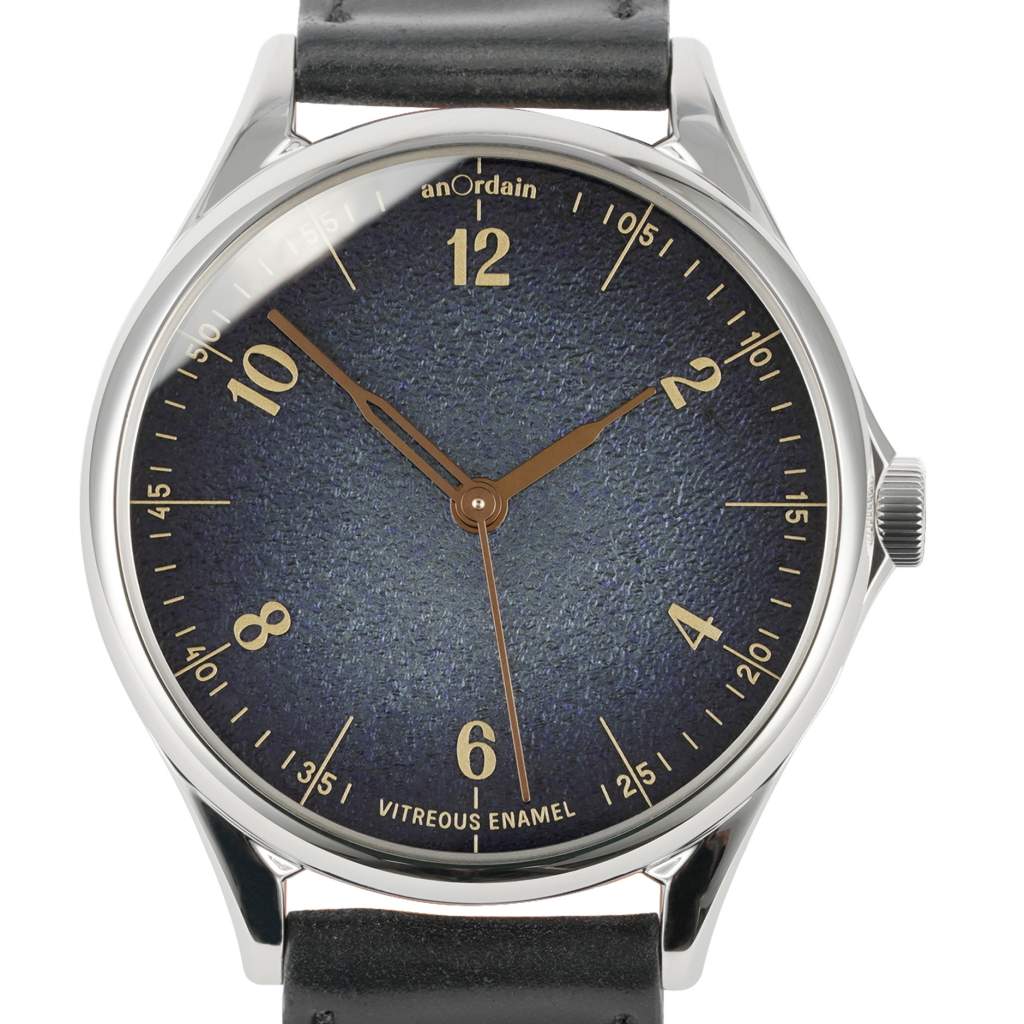 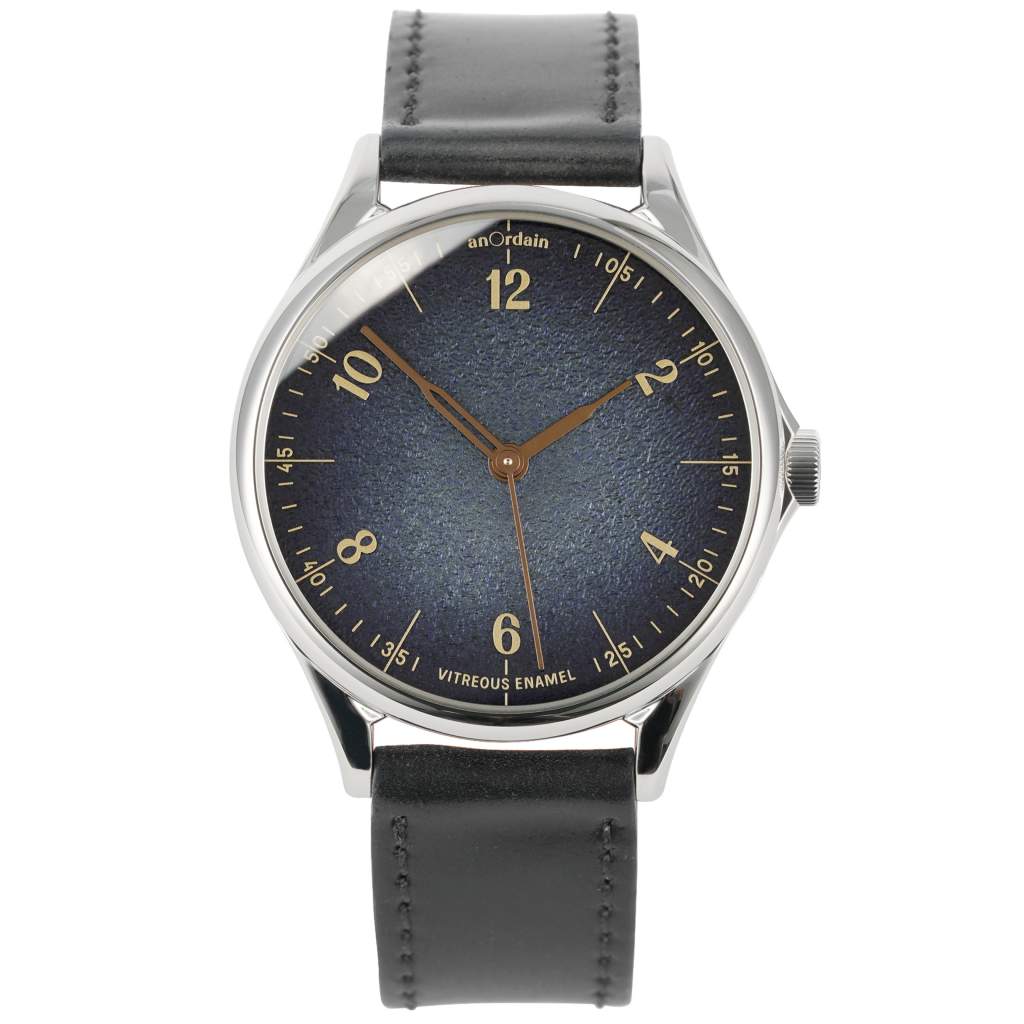 We have chosen to enter the second iteration of our first watch, the Model 1 Payne’s Grey Fumé, into the Challenge category. This watch not only demonstrates our ability in enamelling and watch design, but it also showcases an entirely new enamelling technique that we discovered and developed in-house.

To create this dial, enamel is layered onto a domed, hand-hammered silver disc to create a colour gradient, or fumé effect. The enamel depth ranges from 0.4 to 0.15mm in depth; working at these incredible levels of precision requires great skill to prevent cracking.

Based in Scotland, anOrdain specialises in grand feu enamel and is an exciting example of one way in which watchmaking could develop around the World. Eight years ago, there were essentially no horologists of working age in Scotland. In the past year, we have  welcomed two new watchmakers, who are graduates of The British School of Watchmaking in Manchester and École Technique Le Locle in the Jura region, taking the total to 4.

Our three original enamellers, all trained jewellers, spent three years before we launched learning the art of dial enamelling. Today, three years after launch there are 18 of us here in Glasgow, including the typographer who creates each number and letter you see on our dials, and a fourth enameller, who is also a trained glass artist.

AnOrdain is all about fusing designing and making, hence our motto: Old Crafts, New Hands. Working in-house with our young team and using a simple ETA movement, we have been able to produce these remarkable enamel watches at a price that is accessible to a new generation of watch enthusiasts, and we feel the GPHG award would help us continue our work!