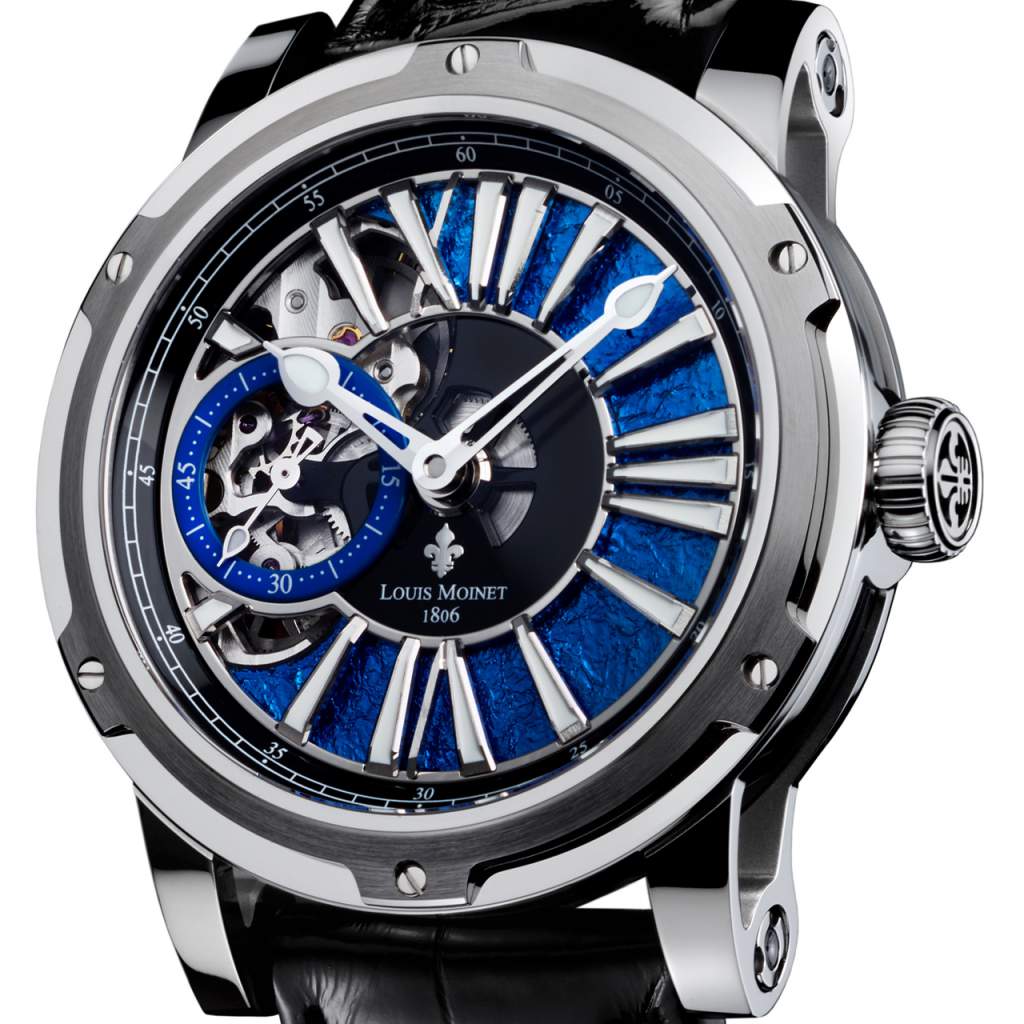 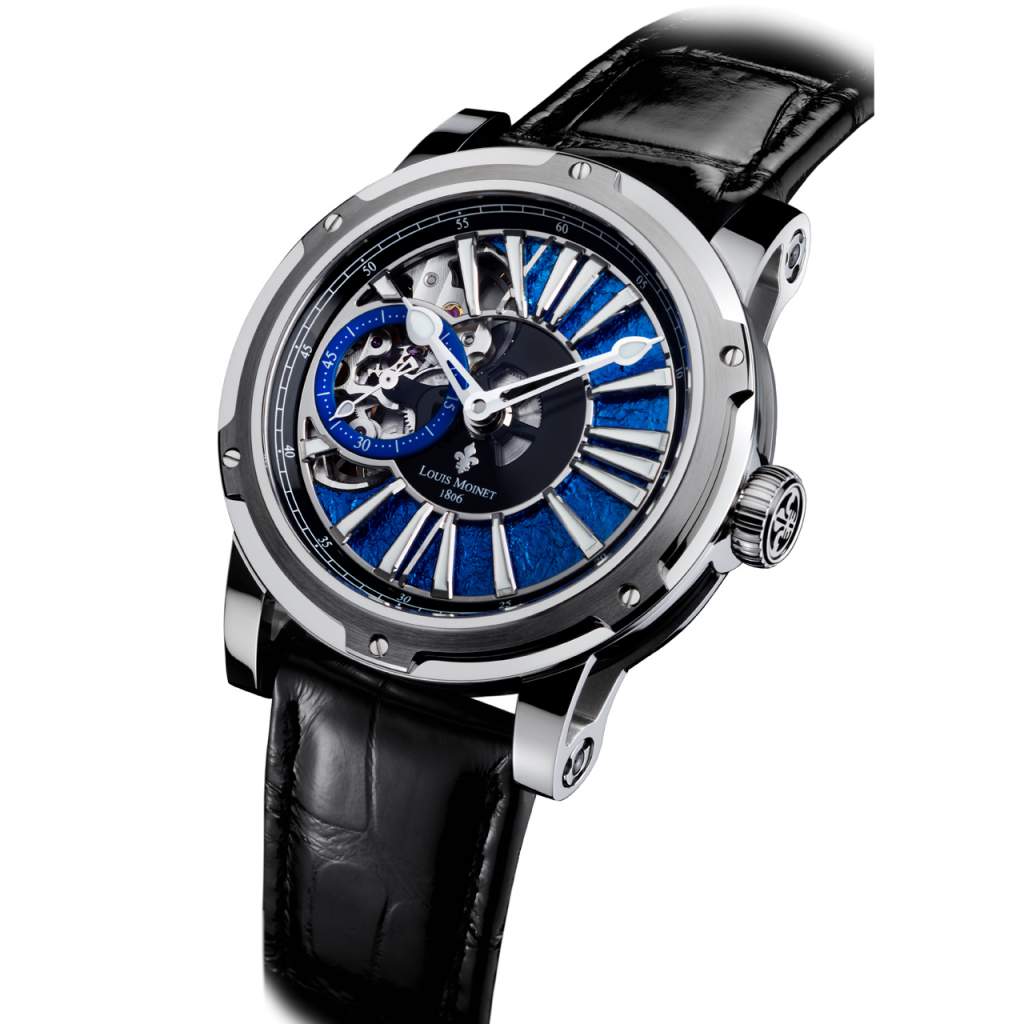 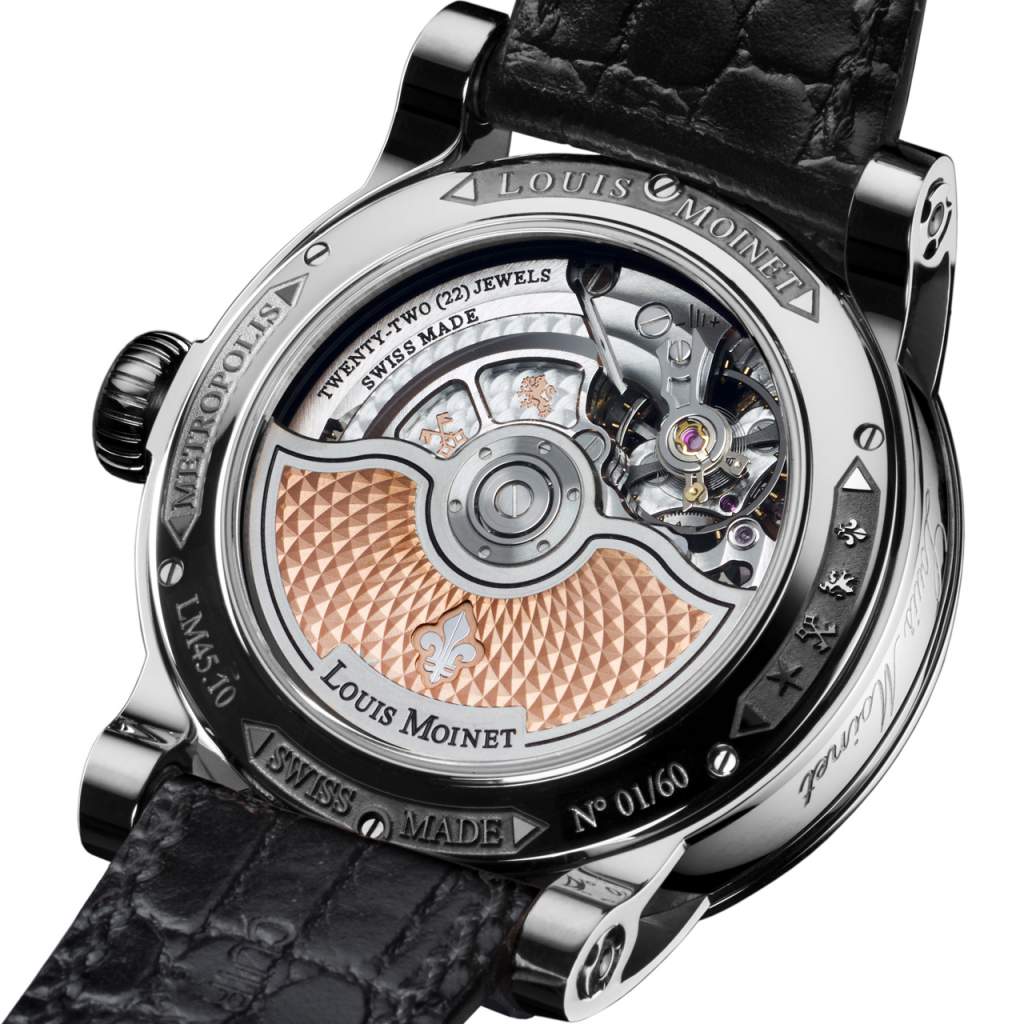 What makes the beauty of an object? Its design… Right, that was an easy answer. But if look closely, what is hidden behind the word “design”? Like in architecture, watchmaking uses shapes, proportions, perspectives, empty and full parts, layers and steps, in order to create a three dimensional object. This is what Louis Moinet tends to do with the Metropolis Magic Blue.

“The aim is to capture the spirit of Louis Moinet himself (1768-1853) and embody it in an urban, modernistic rendition. Simply put, it’s a union of the visionary talent of the inventor of the chronograph and high frequency with a contemporary work of architecture. Metropolis is a city watch", explains Jean-Marie Schaller, CEO Ateliers Louis Moinet. "Its ethos combines ergonomics with design, and function with style. We’ve broken free of neoclassical conventions and adopted a committed, contemporary approach that’s unlike anything we’ve ever done before”.

The design of the Louis Moinet Metropolis plays on three levels of skeletonization: on the hour markers, on the dial, and on the lugs and vertical bridges. As said, this watch does plays a lot with proportions, shapes, voids and structures. First its case. A 43.2mm steel case, with a brand new style for the brand, dubbed Neo.  Everything is built around two vertical bridges running through the timepiece, securing the strap at each end of their lugs – the latter incorporating the third and final openwork finish on the watch. The bridges hold the movement’s housing, topped by the bezel and its six screws – another of Louis Moinet’s hallmarks. The case remains well proportioned (short and curved lugs) and perfectly wearable on a daily basis. It comprises no fewer than 55 parts.

Then comes the dial. Again, the wish of Louis Moinet has been to create a sensation of light and lightness, even in a bold design. The brand uses for the first time Roman numerals, but not in a simple, stamped way. To bring depth, these hour markers are suspended mid-air. Each marker is linked to a central ring and a dark grey flange made from neoralithe, an innovative material chosen by Louis Moinet for its transparency and purity. Each marker is also highly decorated, with a diamond-cut, satin-finish section that reflects light. Underneath this complex aerial structure is a partially opened magic blue plate, which, between 8 and 10 brings a view on the balance, the escapement and the bridges that hold them in place. The Magic blue is owned outright by Louis Moinet, its composition a closely-guarded secret. Far more than just a colour, it provides depth and focus going far beyond a mere variation in shade. The end result is that the “Magic Blue” Metropolis is redolent with a unique emotion, at once intense and gentle.

What about the movement? The Louis Moinet Metropolis is a three-hander (hours and minutes on the central axis, small second at 9). Unique to the brand (proprietary movement), developed and manufactured by Louis Moinet, the LM45 caliber is a modern automatic movement, with 4Hz frequency and 48-hour power reserve. Classical specs-wise, but the beauty comes from the decoration. Côtes de Genève, diamond-cut angles, engravings, circular-grained wheels, and pearling. The rotor, also beveled on the angles, shows a nice concentric version of the Clou de Paris pattern. The movement measures 30.4mm, meaning that it fills rather well the large case.

The Louis Moinet Metropolis Magic Blue is secured to the wrist by a qualitative hand-sewn Louisiana alligator leather strap with alligator lining, and a folding clasp decorated with Louis Moinet symbol, the Fleur de Lys.