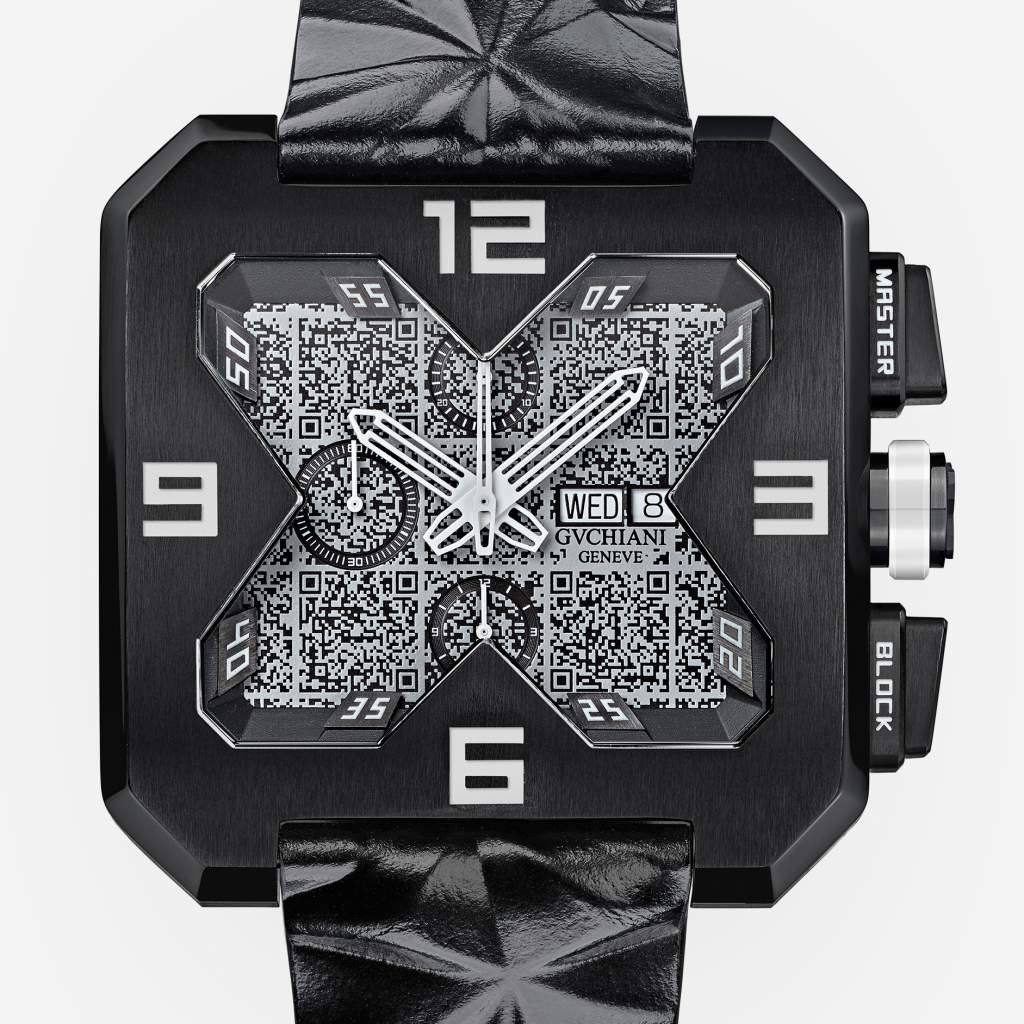 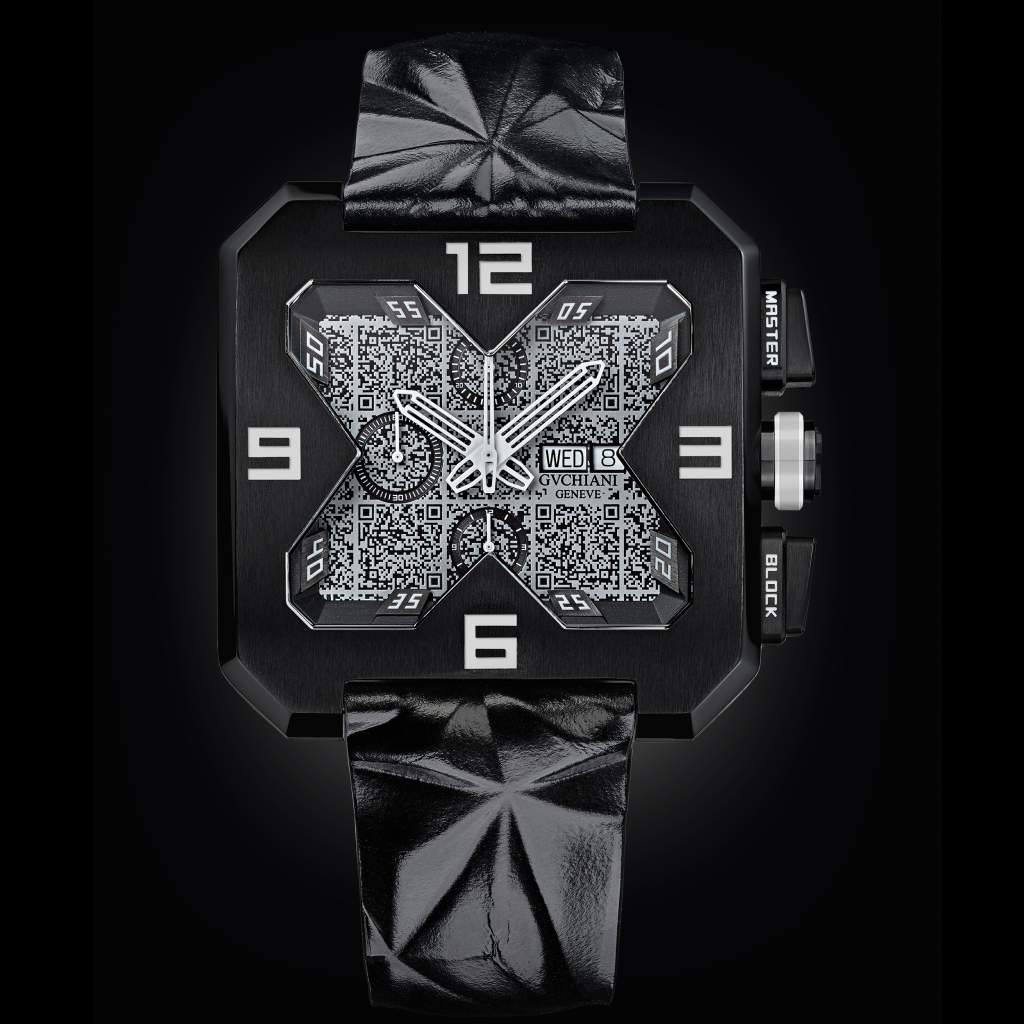 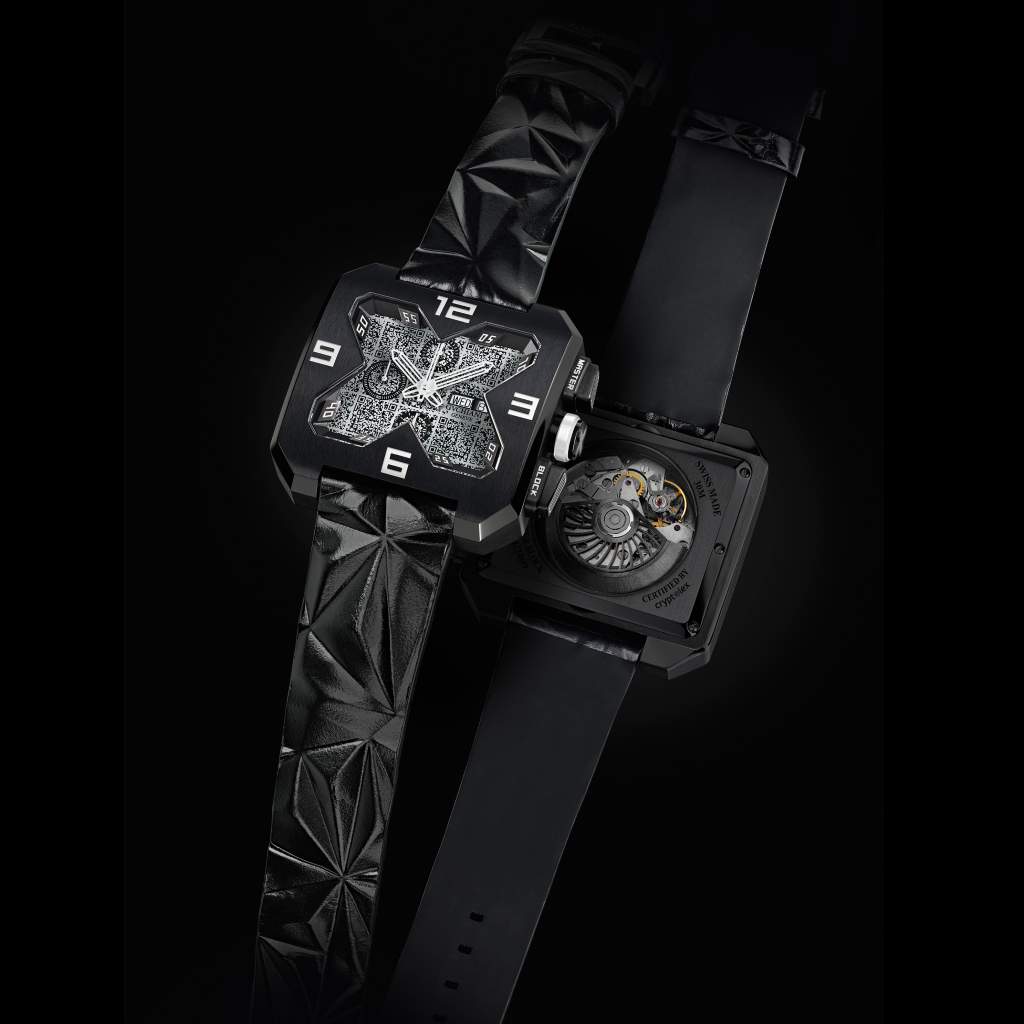 It is truly a world premiere. Now, a mechanical watch won’t simply tell the time, it will also leave an irrefutable mark in History. GVCHIANI and Cryptolex have joined together to develop a watch called Masterblock, which pays homage to the technologies of Bitcoin and the Blockchain.

This 100% Swiss Made mechanical watch gives a new dimension to the 12th Art. Never, in the history of timekeeping, has a luxury watch been created from A to Z in the Blockchain, thereby characterising the singular DNA of each piece. Thus, a watch, even part of a series, becomes as unique as its owner. Unique since this luxury watch is protected by a Blockchain-based certificate issued by Cryptolex. The launch of the exceptional Masterblock will be held on Thursday, June 14, 2018 in Geneva, Switzerland.

In 2015, the founders of Gvchiani and Cryptolex joined forces to create a watch that is unrivalled, as much in its form as in its technology, by integrating the symbolic essence of Bitcoin and the Blockchain. The result is the remarkable Masterblock. In order to keep up with our new era that offers this technological revolution, the choice to create an unusual design with a strong visual identity was easily made. Its rectangular form and bold dimensions make Masterblock a chronograph that attracts attention at first glance. Each Masterblock’s exclusive address on the Blockchain is inscribed on the dial. Whatever the position of the pointers, one of the four QR Codes remains permanently and completely readable. This also allows the wearer to use the Masterblock as a “paper wallet”.

Description of the product

Creativity and originality are the characteristics of GVCHIANI timepieces. Beyond its atypical appearance in the shape of a “Block” made of DLC titanium, the outline of the “X” reflects the monetary code of Bitcoin (XBT). The leather bracelet represents the decentralized network of the “Chain”. The Sellita automatic chronograph calibre SW500 features a power reserve of 48 hours, with hands displaying hours, minutes and seconds as well as a day and date indicator. The black oscillating weight is specially personalised.

The X engraved on the crown, emphasised by a ring of titanium, attracts both attention and curiosity. The case, featuring the raised numbers of 3, 6, 9 and 12, is water resistant to 30 metres.

Adding to its technical prowess is the curved sapphire crystal in the form of an X.

•    Each Masterblock will have its own Blockchain address.

•    Each step in its production will be engraved in the Blockchain, thus providing the entire history of each Masterblock.

•    Each Masterblock is linked to the preceding Masterblock, thus creating another link in the chain.

The Masterblock comes in a limited edition, numbered from 0000 to 2009, the year Bitcoin was launched. While 2008 watches will be sold on the website, www.masterblock.ch, two exceptional timepieces will be put up for sale at auction: the number 0000, named “Genesis”, and the number 2009, named “Satoshi” in honour of the creator of Bitcoin.

About the creator Shant Ghouchian

A descendant of generations of artisans and artists, Shant Ghouchian followed in the footsteps of his ancestors, and studied decorative arts in Geneva. He put his knowledge and skills to work for four years at Patek Philippe. Soon, however, his desire for independence pushed him to launch out on his own. In 2008, armed with his passion and a wealth of experience, he created a company specialising in stone setting, which he named Jewelry and Watch Settings (JWS). Recognized for his talent and skill by the biggest names in fine jewellery and timekeeping, success was not long in coming.

Cryptolex was founded by Alec Avedisyan, an EPFL engineer and crypto-prophet, and Vicken Bayramian, a legal expert specialising in trading raw materials and in the Blockchain. For them, the Blockchain technology is the greatest revolution since the creation of the Internet. Cryptolex uses Blockchain in the most innovative and reliable ways to achieve the best results in many domains, among them watchmaking and trading. Cryptolex’s slogan “Post Tenebras Cryptos” illustrates the Geneva identity of the two founders.