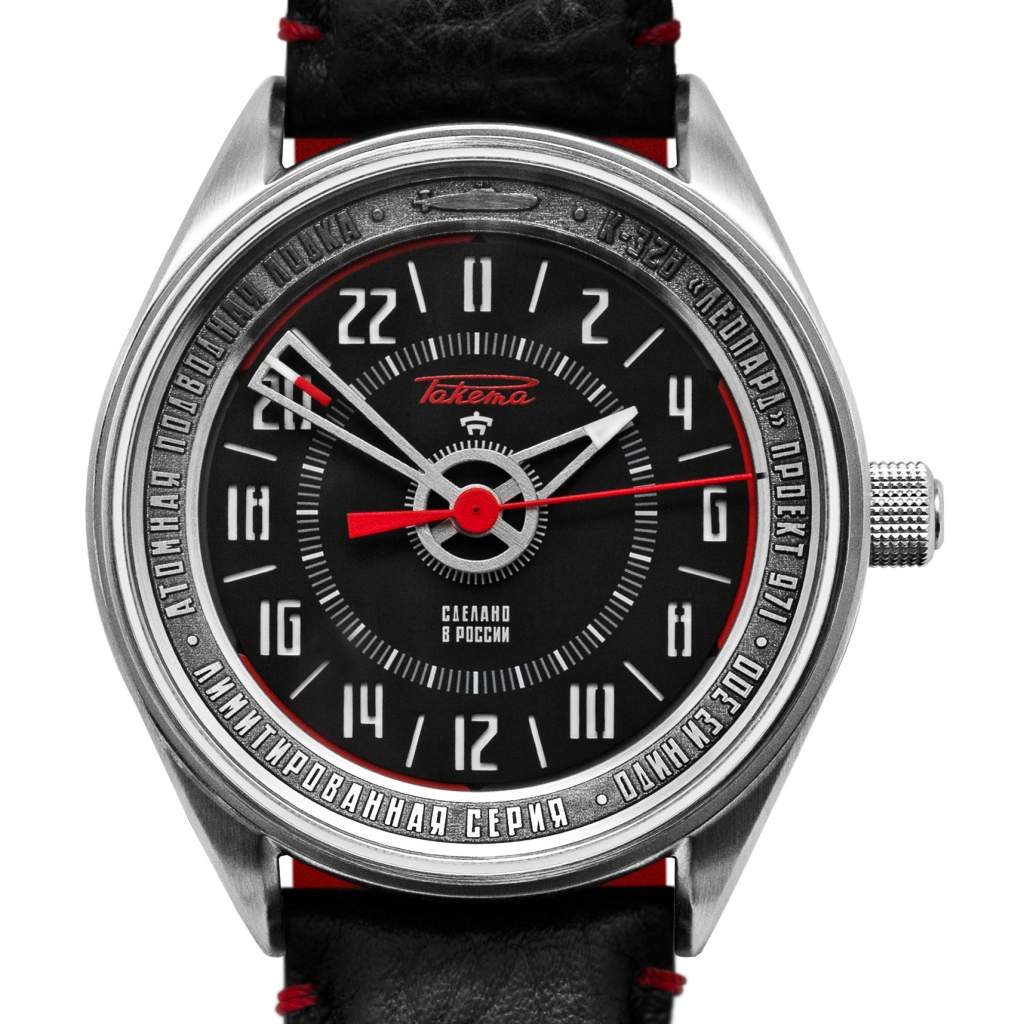 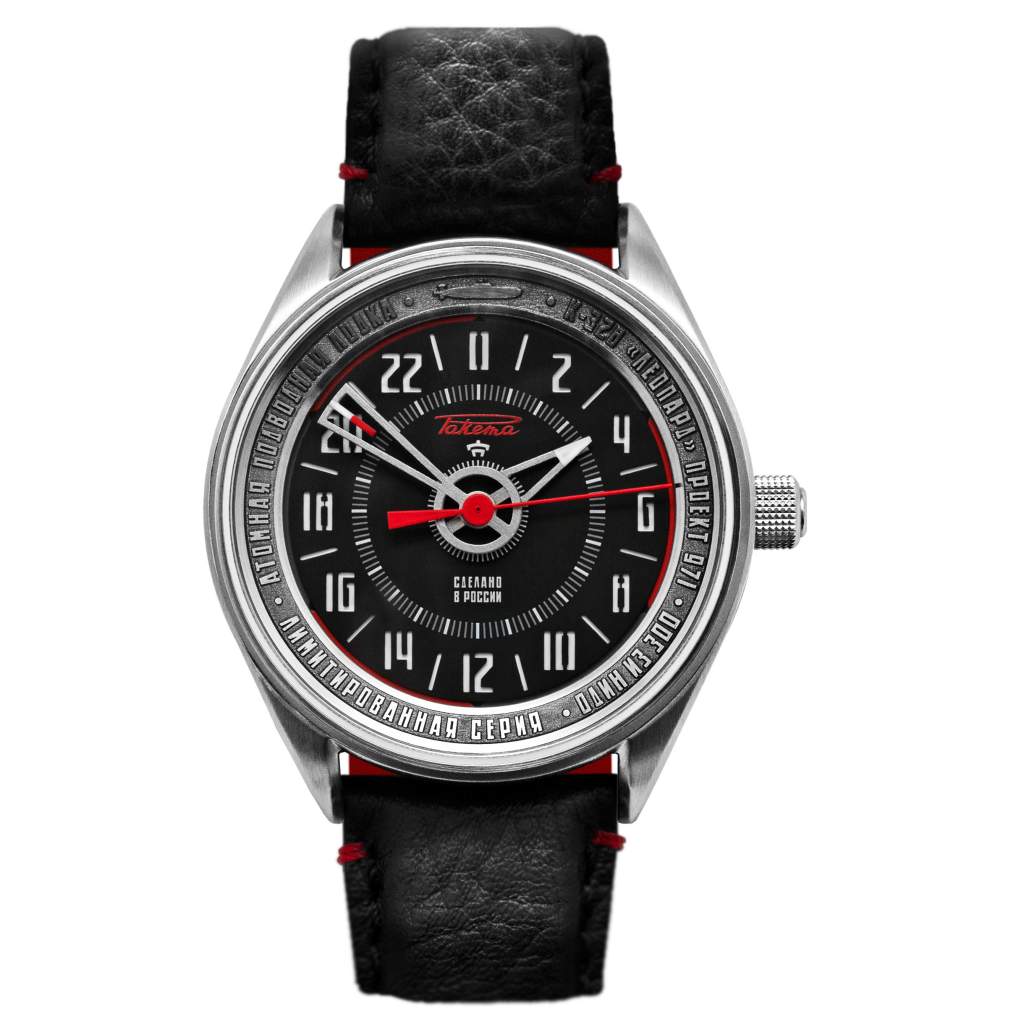 A true submariners’ watch on your wrist!

A watch with a true submariners’ DNA.

To produce this new 24 hour watch for Russian submariners, the Raketa Watch Factory used original metal from the Russian submarine “Leopard” (Akula class). This exceptional watch was developed with the help of Captain Valery Dyakonov who knows this submarine very well: he supervised the pre-launch stages of the Leopard, conducted its sea trials and was its first commander until 1996. He now lives in Saint-Petersburg next to Raketa. When presented with the first sample of this watch, he said: “This is the first time in many years that I have touched my Leopard submarine and I will now keep it with me forever!”

A watch that exemplifies the historic link between Raketa and the sea.

The Raketa Watch Factory is located in Saint-Petersburg, on the shores of the Baltic sea, and it therefore always had a strong tradition of making watches for Soviet seamen and submariners. Living underwater for many months, Soviet submarine crews needed a sturdy watch with a robust 24-hour movement to allow them to distinguish day from night. The Raketa “Leopard 24” watch model continues Raketa’s tradition of making such specialized 24 hour watches for submariners.

A watch made out of the Akula Class “Leopard” submarine.

“Akula” class nuclear powered submarines (their Soviet/Russian designation is “Shchuka-B”) first entered service in the Soviet Navy in 1984 and immediately positioned themselves as one of the most advanced submarines in the world in quietness and survivability. To this day these silent submarines still command respect in the oceans. Each Akula Class submarine has its own name: the metal used in the Raketa watch comes from the “Leopard K-328” submarine which took part in numerous operations around the globe. The metal was officially given to the Raketa Watch Factory by the shipyard that is currently conducting the overhaul and modernisation of the Leopard submarine (each watch is delivered with a certificate authenticating the origin of the metal). This metal comes from an exterior part of the Leopard’s hull.

A watch which is a new reference among Russian submariners.

In addition to the bezel made from a metal part of the “Leopard” submarine, the Raketa “Leopard 24” model is also a submariner’s watch by design and functionality:

- Its hands replicate the design of the hands in the control panels of the submarine;

- These hands are powered by a Raketa 24 hour automatic movement (Raketa 2624А caliber) that allows submariners to distinguish day from night during their long underwater missions;

- The dial and hands are luminescent to allow submariners to read the time in the dark;

- 6 lines (in red and grey colours) divide the perimeter of the dial into 6 quarters (4 hours each) allowing each crewmember to keep count of his watches/shifts in the submarine;

- The automatic movement has a bi-directional rotor which doubles the winding-up efficiency of the watch (which is particularly useful in the cramped conditions of the submarine);

Every watch is delivered with a certificate authenticating the origin of the Leopard metal, with the official insignia of the Leopard submarine, with an additional rubber band and a branded spring bar tool to easily change the straps.

This watch is produced in a limited series of 300 pieces.