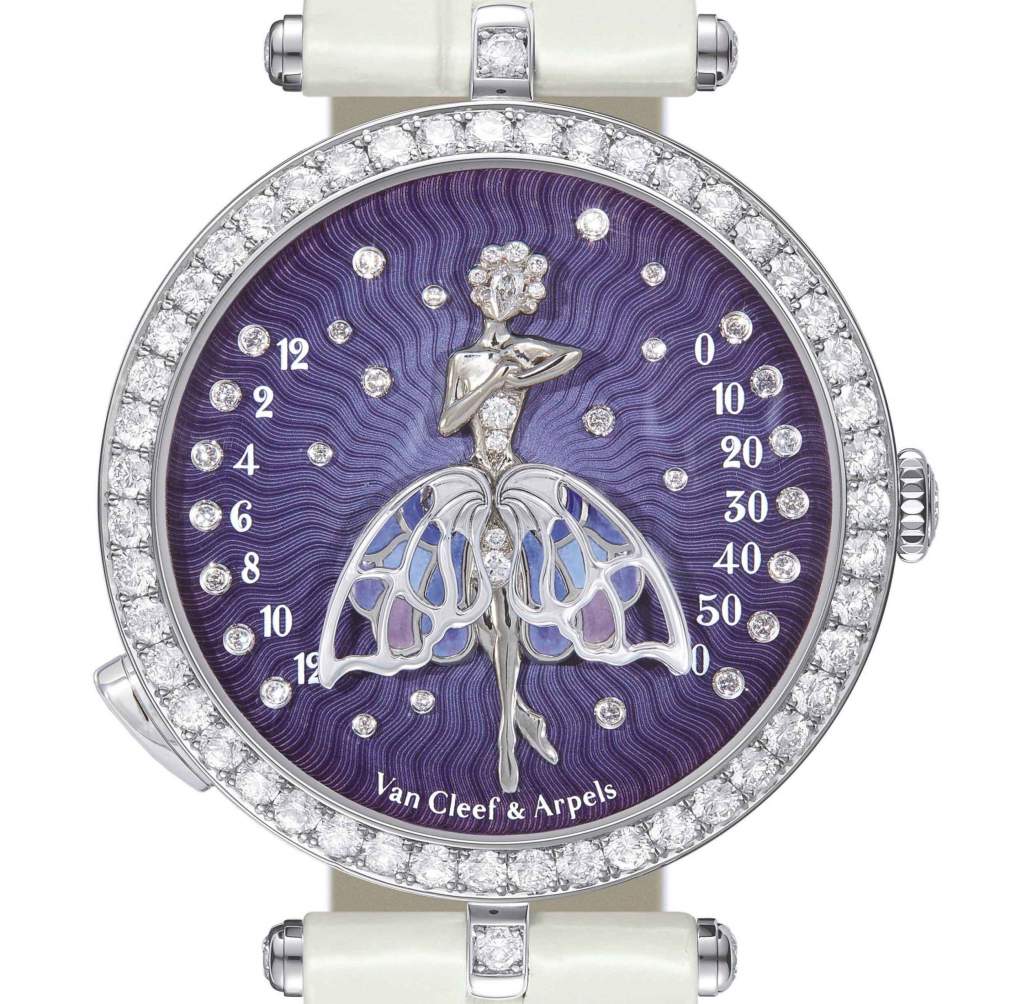 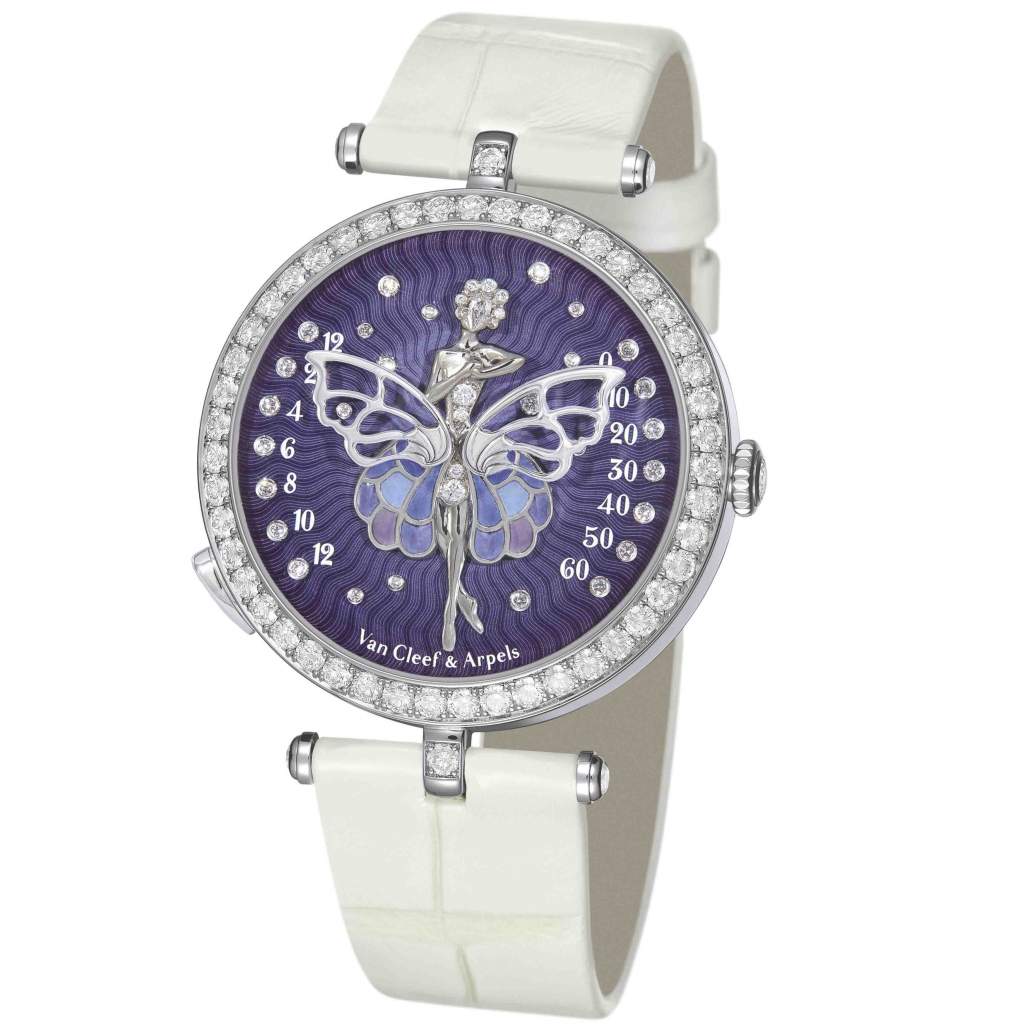 Inspiration: the grace of Van Cleef & Arpels’ ballerinas
Six years after launching the Poetic Complication Féérie watch, Van Cleef & Arpels revisits the grace of the female form in 2013 with the Lady Arpels Ballerine Enchantée timepiece. Half-dancer, half-butterfly, she perpetuates the tradition of ballerinas and fairies to which the Maison is so attached. It dates from the 1940s, when Van Cleef & Arpels developed a reputation for these playful yet graceful clips, which immediately began to draw the attention of collectors. Louis Arpels (one of Estelle Arpels’ brothers) – who was settled in New York at that time – was a passionate devotee of dance, a passion he had shared for several years with his nephew Claude. At his prompting, the Maison created a multitude of ballerinas inspired by legendary personalities such as La Camargo, the 18th century dancer, or the well-known Russian prima ballerina Anna Pavlova. Their slender forms – captured in an infinite variety of poses – are adorned with costumes and headdresses of precious stones, while single rose-cut diamonds represent their faces.
The duet between Van Cleef & Arpels and the world of dance continued thanks to an encounter which has gone down in the Maison’s history. In New York, Claude Arpels met the well-known choreographer George Balanchine and invited him into the boutique on 5th Avenue. Their shared passion for gems blossomed into an artistic partnership which resulted in a new Balanchine ballet entitled Jewels. Inspired by emeralds, rubies and diamonds, it was first performed in New York in April 1967.
The dance theme still exerts an influence over the Maison today. The fairies and ballerinas created since the 1940s have now been joined by enchanting nymphs, nereids and lady butterflies, like the Notte Azzurra clip from the collection Bals de Légende (2011). In 2013, for its new Lady Arpels Ballerine Enchantée watch, Van Cleef & Arpels has drawn inspiration from a quote by Anna Pavlova which echoes the imagery of the Maison: ‘‘I’ve been dreaming that I was a ballerina, and that I was spending my whole life dancing as lightly as a butterfly…’’

Savoir-faire: lightness and depth
A true miniature figurine, the golden ballerina is sculpted in relief and set with diamonds, emphasizing her waist and face. The layered veils of her tutu, light and transparent, create the magic of the piece. While an inner corolla of champlevé enamel clothes the dancer, the outer veils – like a pair of openwork wings – come to life to display the time. This elegant tableau stands out against a guilloché background, whose radiating motif adds to the dial’s vitality. Several layers of translucent Grand Feu enamel are then applied to lend depth and brilliance to the ensemble.

A double retrograde movement with time on demand
With this double retrograde movement with time on demand, the Maison once again emphasizes its poetic vision of time. On a watch with a retrograde display, the hands – instead of turning about an axis – trace an arc before returning to their initial position to begin another cycle. Here, when the user presses a button at the 8 o’clock position, the ballerina’s tutu comes to life. The veil indicating the hours rises first, followed by the second veil which positions itself against the minute scale. They remain in place, enabling the time to be read, then return simultaneously to their initial positions. One of the feats of this complication lies in its fluid movement: the ballerina appears to move her wings with grace and poise.
For the Lady Arpels Ballerine Enchantée timepiece, the Maison was inspired by the mechanism of a piece from its watchmaking heritage: the Magicien chinois pocket watch from 1927. At the push of a button, the figure indicates the hours and minutes by raising its arms. The retrograde display, which lends a playful quality to telling the time, has today become emblematic of the Van Cleef & Arpels’ Poetic Complications collection.