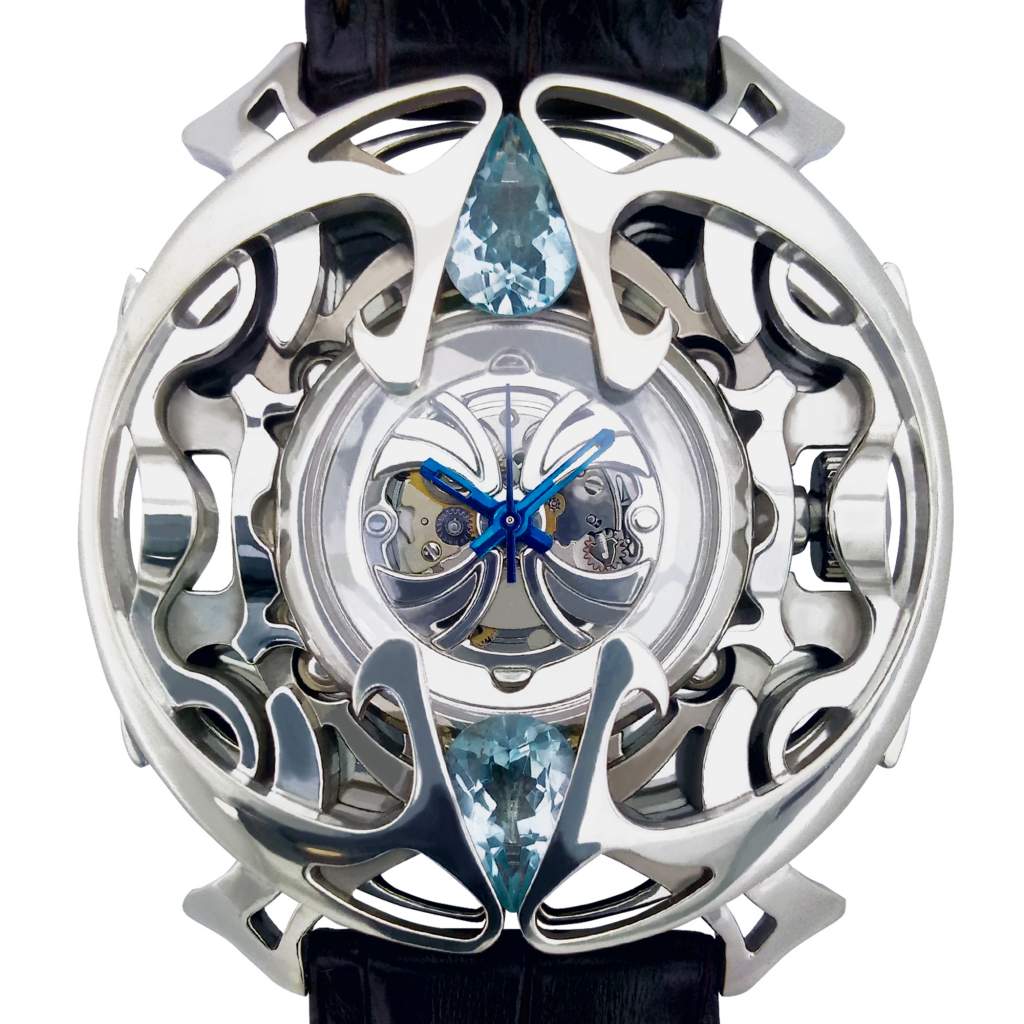 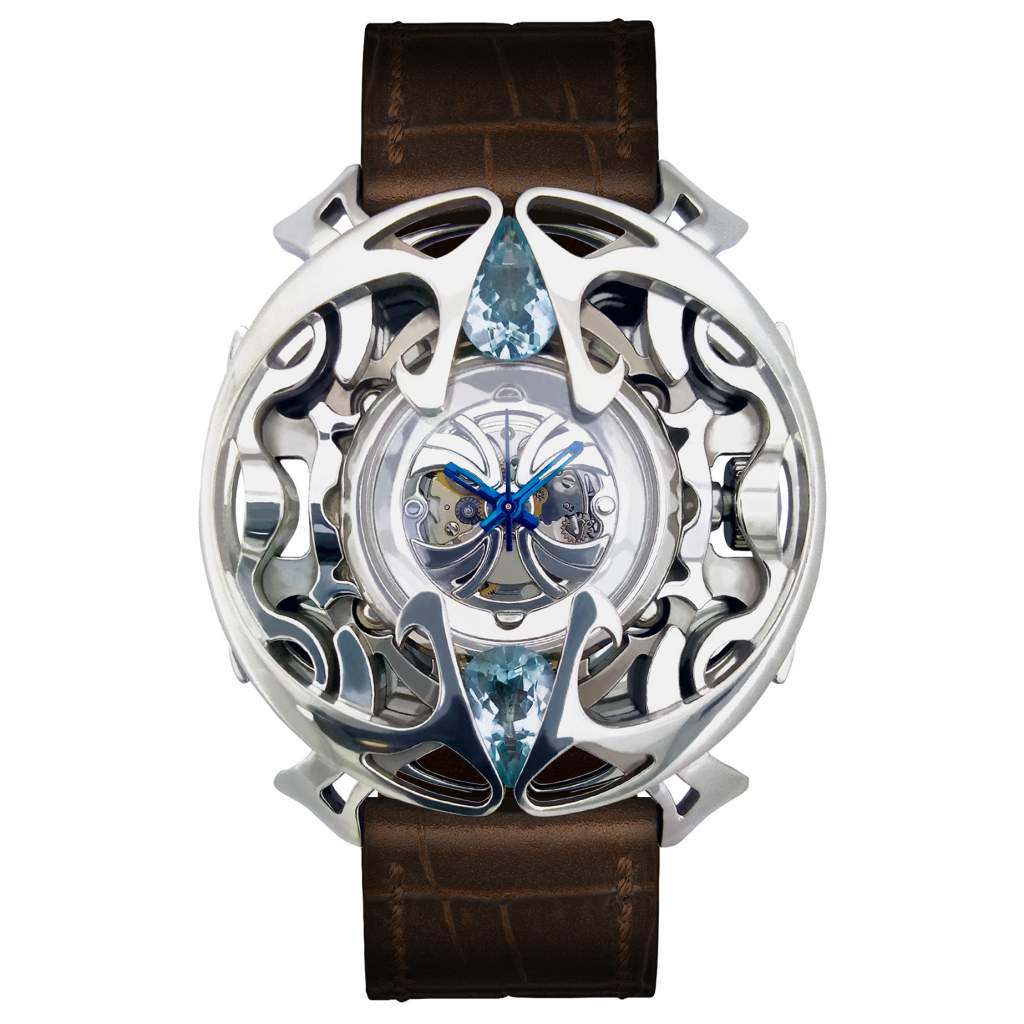 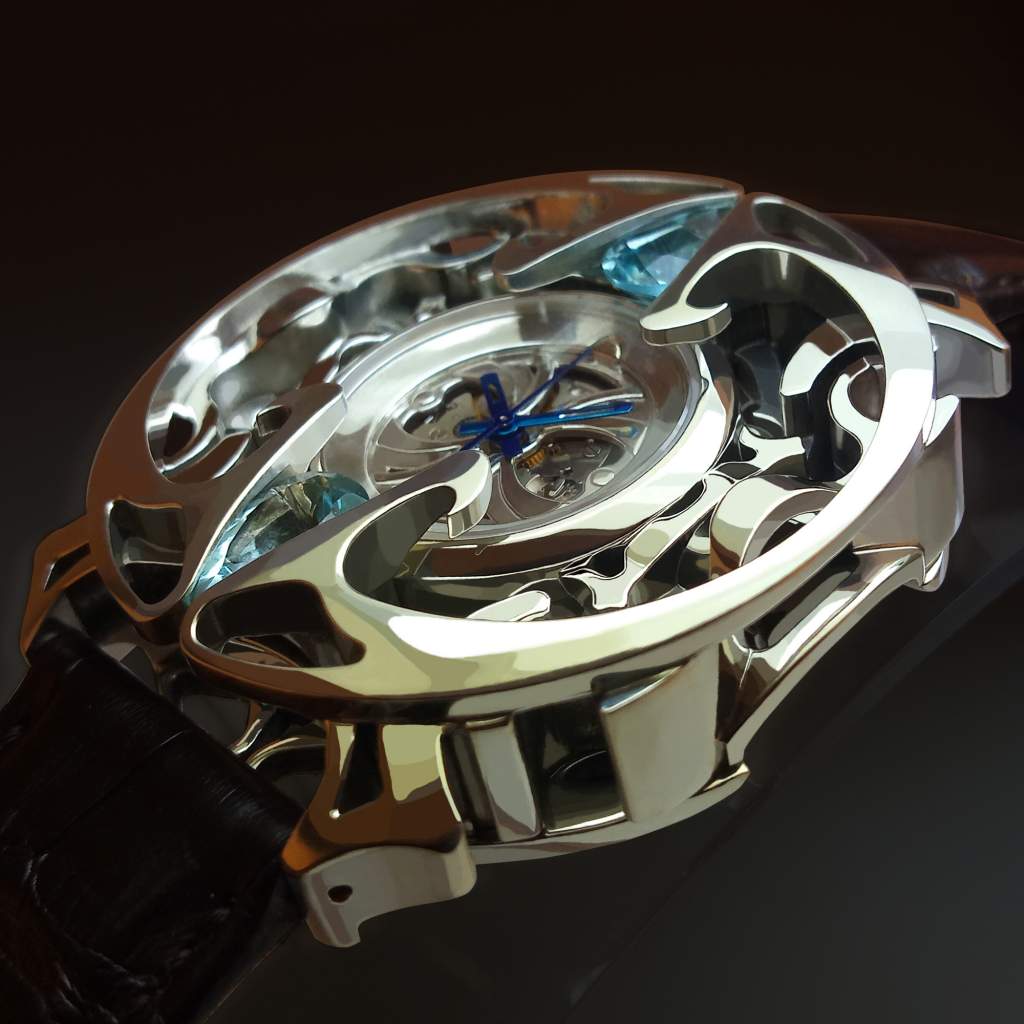 It was in a small workshop nestled in the heart of the medieval city of Cordes-sur-Ciel, in the South of France, that Khumeia was fashioned.

Designed like a talisman, the Khumeia watch is a sketch of adventure inspired by the richness of various universes. Art, Heroic Fantasy, Magic, Reverie, ... it appeals to everyone's imagination.

Its name, "Khumeia", comes from the ancient Greek "χημεία" which means "art of melting and alloying metals". It refers to the origins of Alchemy and also to the method of manufacturing the watch.

Indeed, the case, the middle, the back, the dial and the buckle are artisanally crafted using the ancestral technique of lost wax casting. First drawn, the model is then materialized in wax. Trapped in plaster, the wax heated at high temperature disappears to leave behind the imprint of the sculpture. Then comes the time to pour the molten precious metal into the plaster. A few moments later, the premises of the future watch appear. The exciting work of craftsmanship continues and once Khumeia's curves achieve a mirror effect, the assembly of the different parts can begin.

Two calibrated and non-set precious stones crown the dial. This feature allows the future owner, if he wishes, to have his watch personalized by choosing the type of gemstones. Here it is two blue topazes from Brazil.

The time measurement is ensured by the robust movement of the famous Swiss watch manufacturer ETA SA: the 2671. It is a mechanical and automatic movement whose reliability is well established. It is proposed here in a Côtes de Genève finish.

A magnificent bracelet from the Camille Fournet workshop in Paris completes the set.