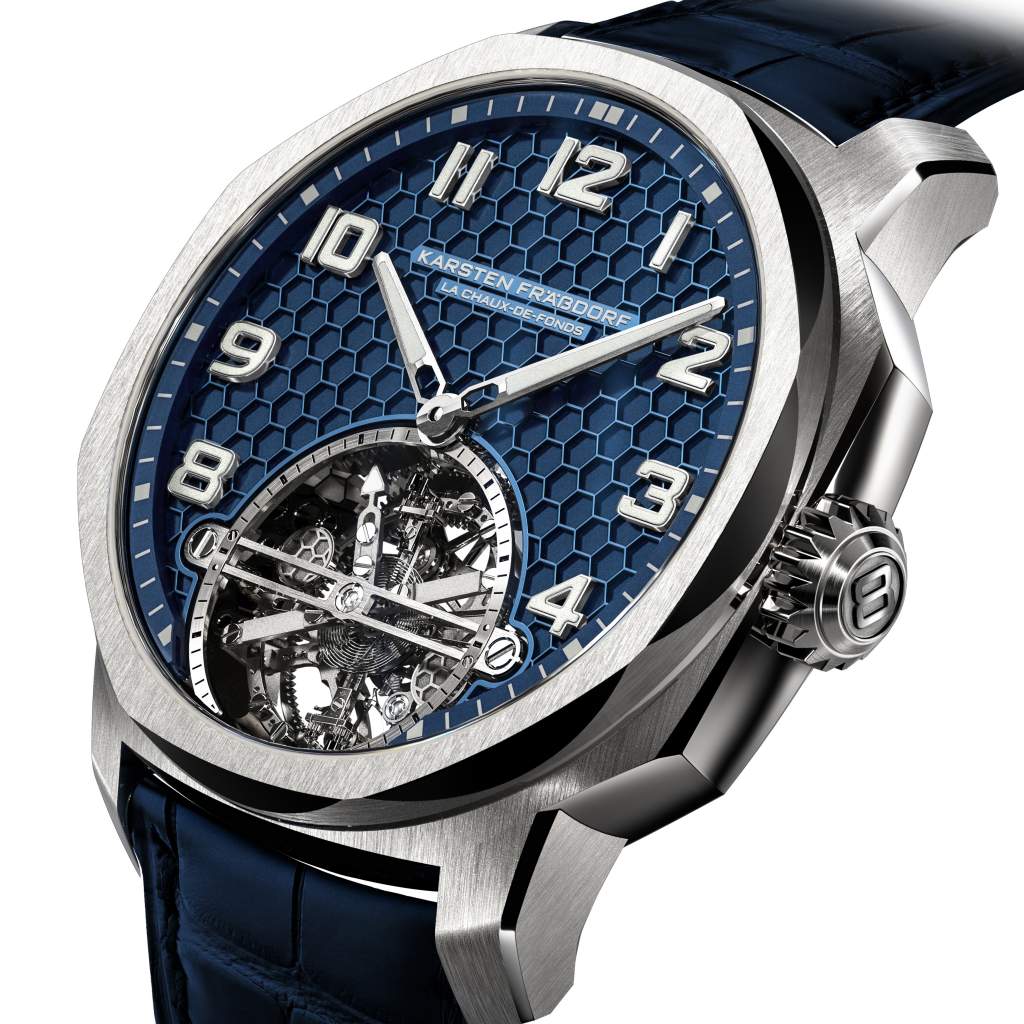 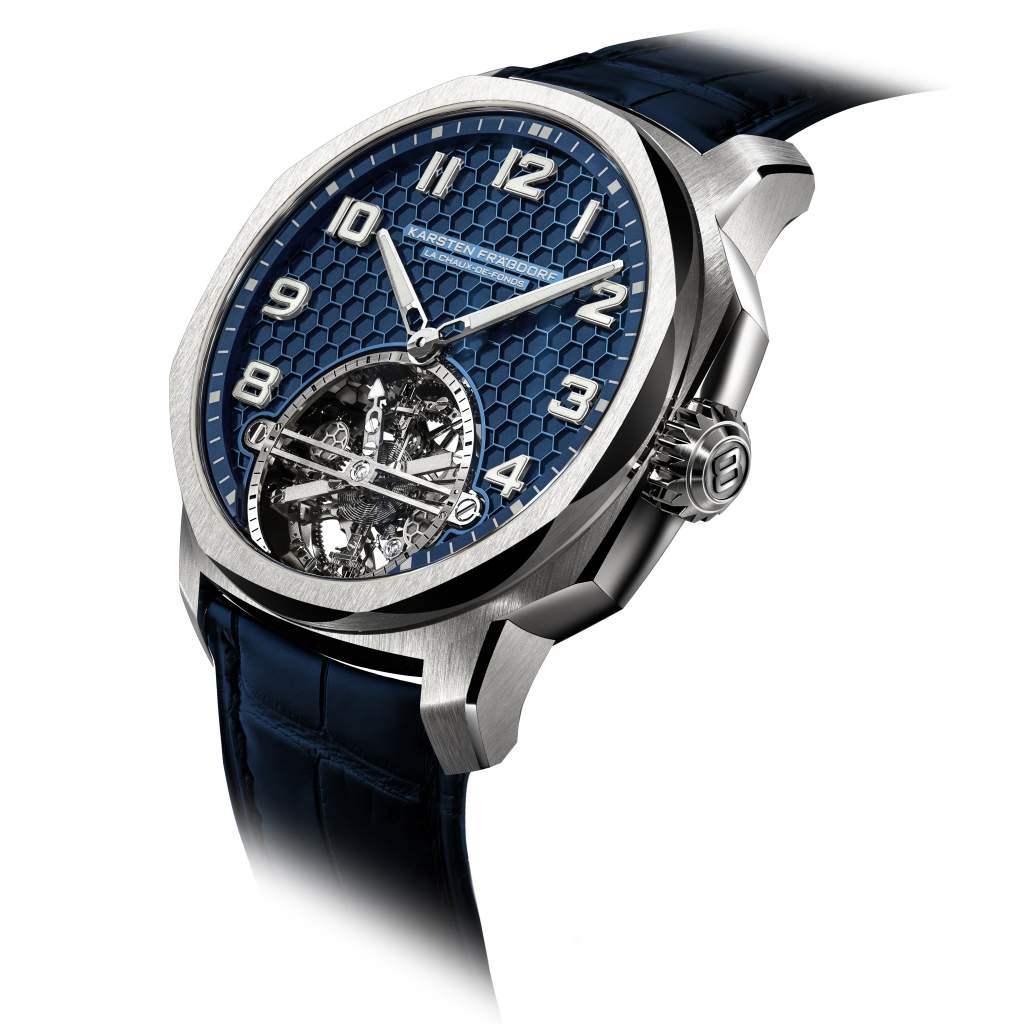 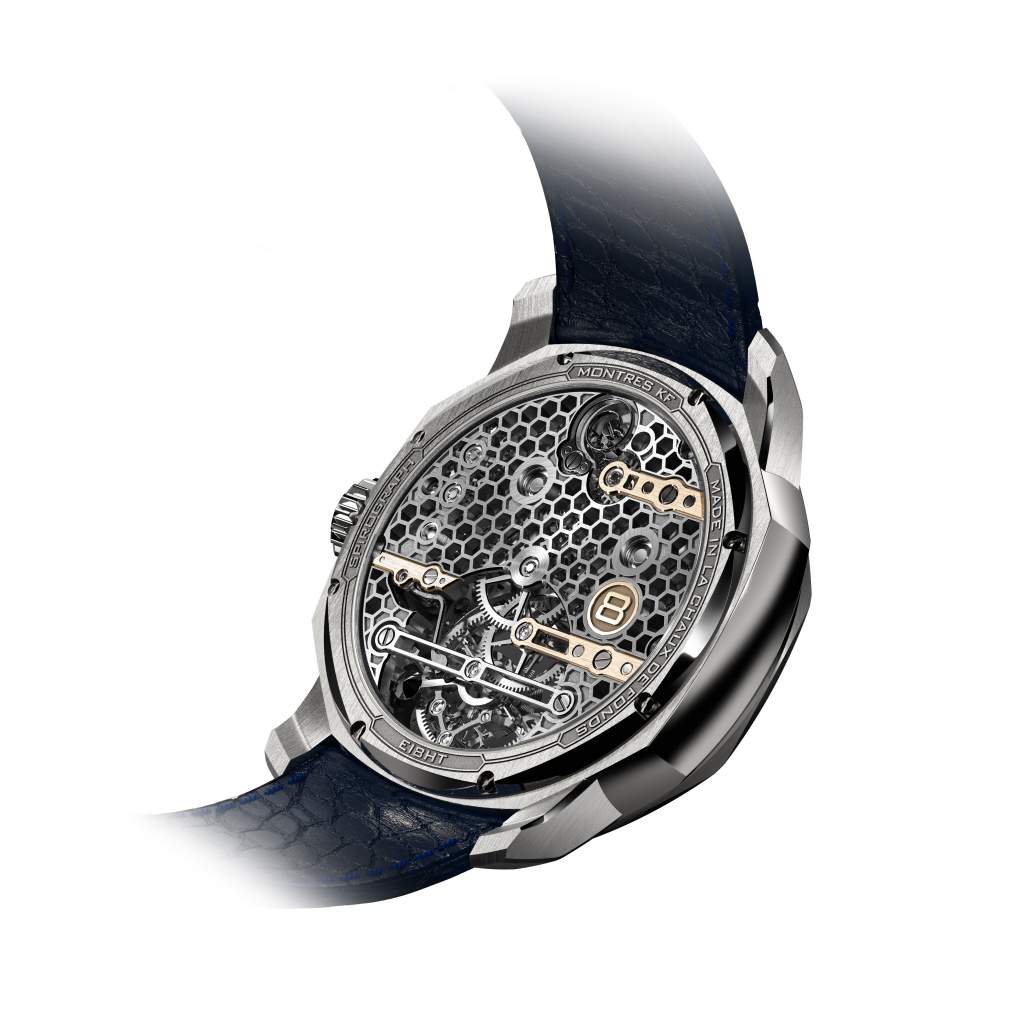 Designed according to the desires of the person acquiring it, in keeping with the "Bespoke only" concept, both the aesthetics and the movement of this new complication model are entirely customisable.

This new tourbillon mechanism is housed in a case water-resistant to 50m and featuring a distinctive facetted octagonal shape that reflects the light contrasts.

Entirely developed and designed in La Chaux-de-Fonds, this one-minute tourbillon is revealed through a wide aperture at 6 o'clock. The tourbillon and balance-stop functions are naturally accompanied on the dial by the indication of the hours and minutes, while the seconds tick away on the tourbillon carriage. The movement beating at a rate of 18,000 vibrations per hour and featuring a 66-hour power reserve is equipped with a double barrel and a Maltese cross stopwork mechanism. This timepiece endowed with KF’s reinforced anti-magnetism complies with the ISO 764-2020 standard.

Designed and built around its Spirograph® balance, the Novamag® manual-winding calibre embodies the purest chronometric (precision timekeeping) tradition. This distinctive balance enabling adjustment by inertia and thermo-compensation is accompanied by a balance-spring fitted with a Grossman inner curve and a Phillips outer curve.