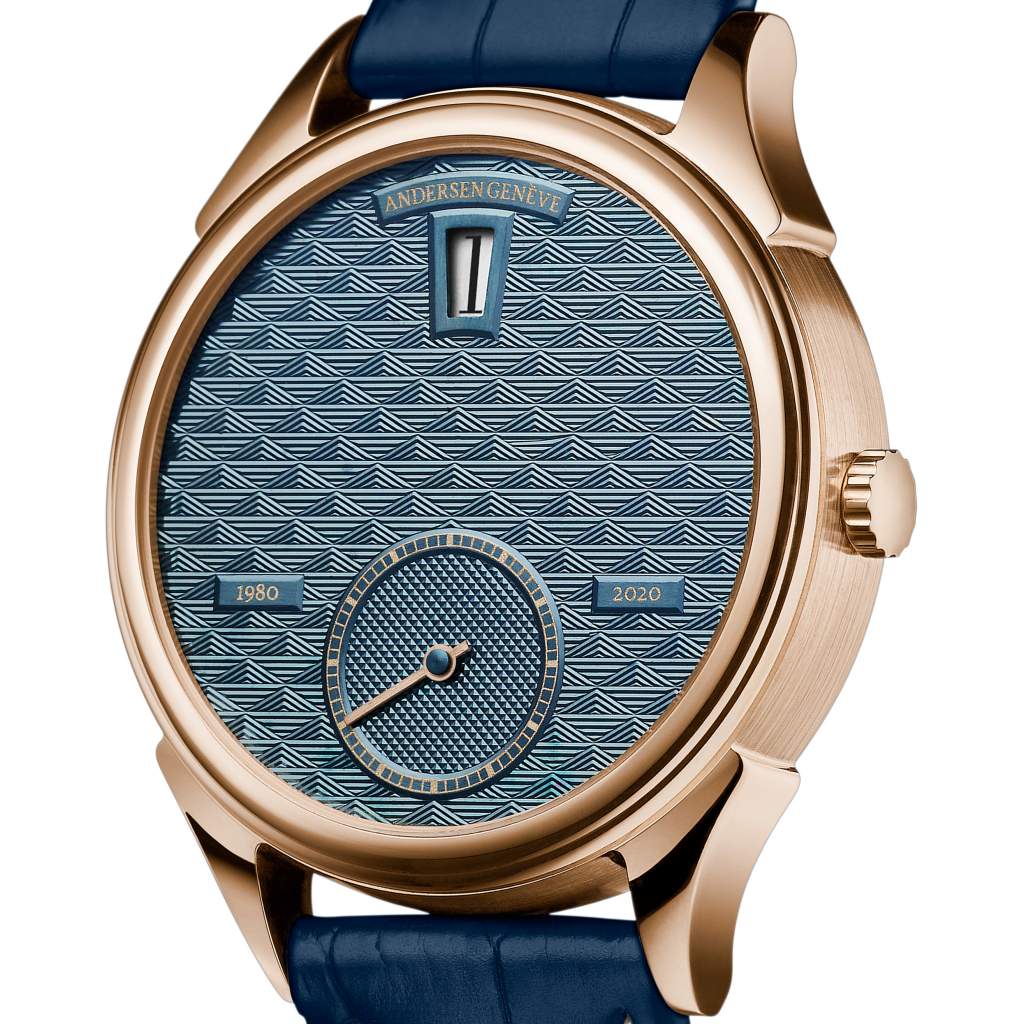 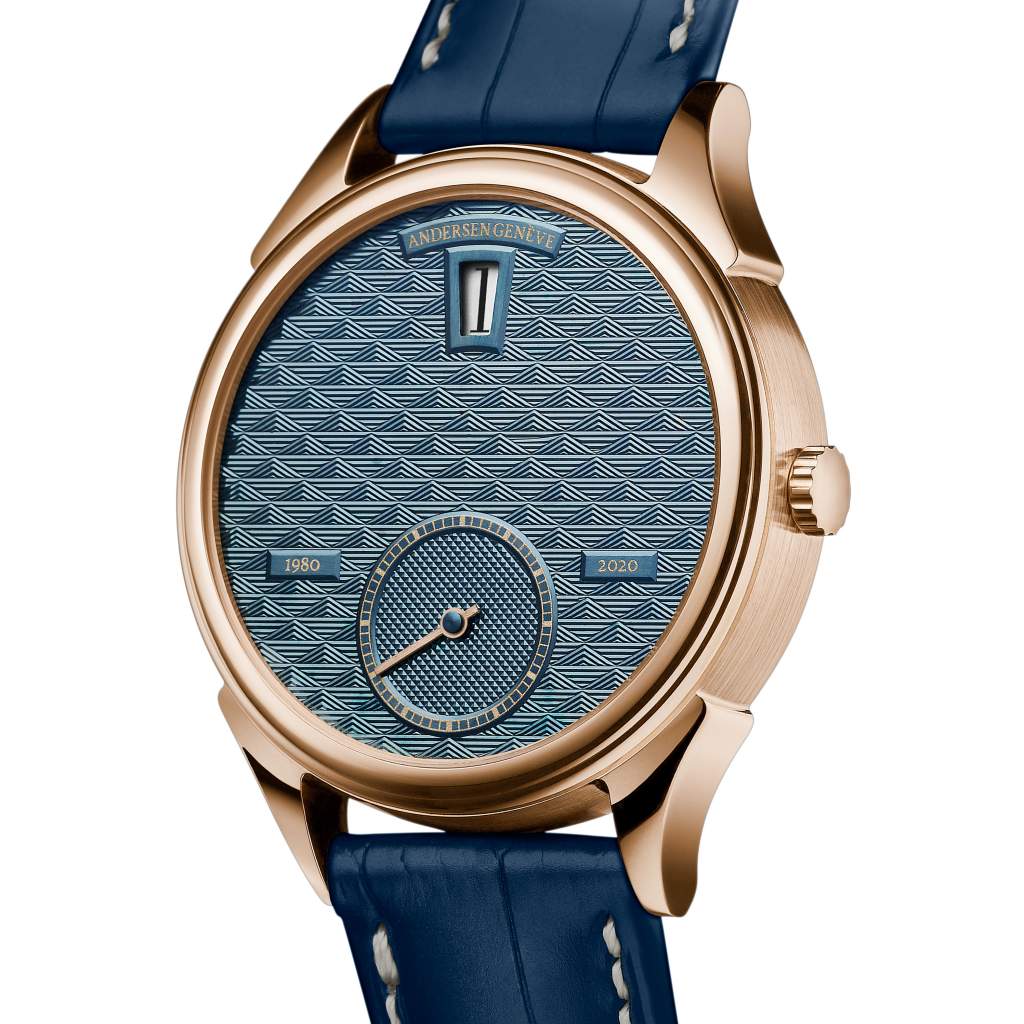 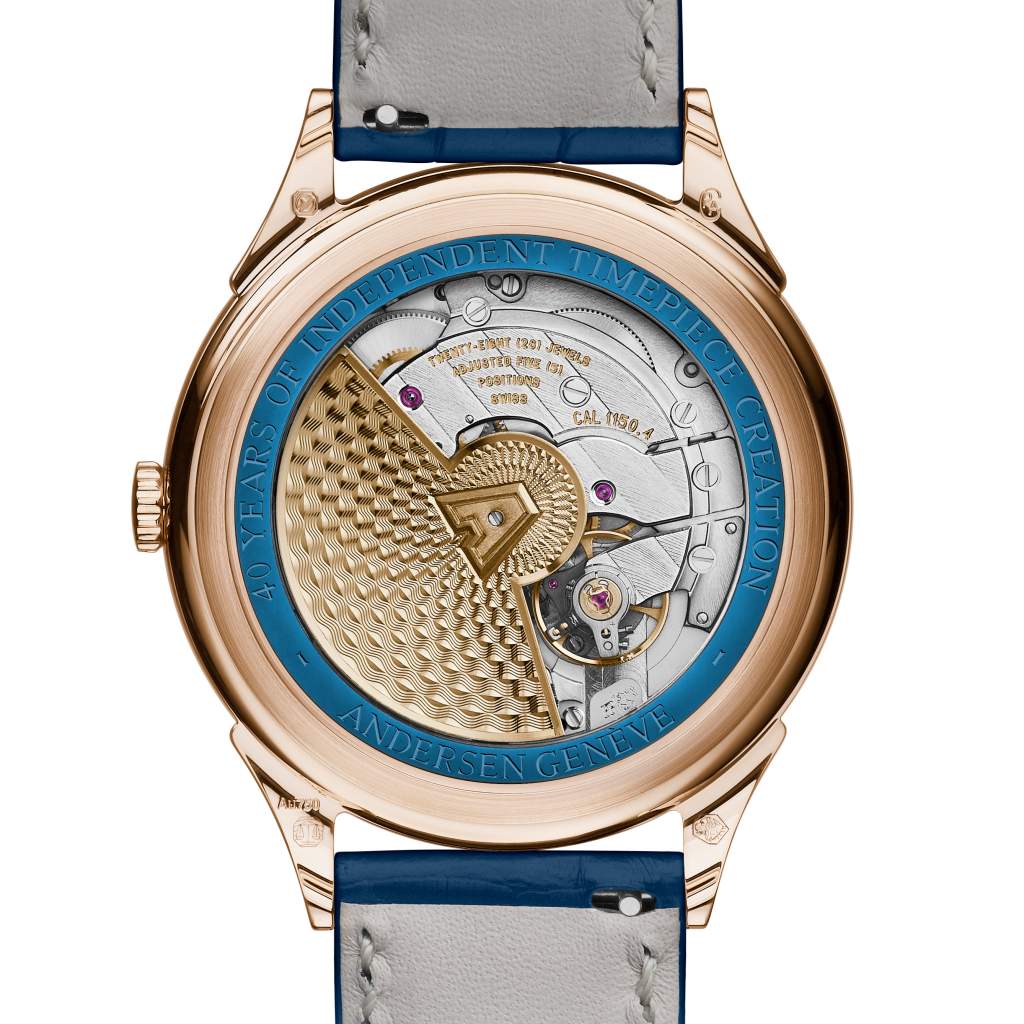 A beautiful complication that ANDERSEN Genève has been mastering for decades

Back in 1995 a distinguished Spanish collector asked ANDERSEN Genève for a “Pièce Unique”. He commissioned a Minute Repeater with a Jumping Hours mechanism displaying 24 Hours and Minutes on the dial. Following the manufacturing of this timepiece ANDERSEN Genève made a first series of “Grand Jour & Nuit” with a Jumping 24 Hours hand complication for Cartier. Indeed, members of the board at Cartier discovered this first “Grand Jour & Nuit” and, in 1998 they decided to commission ANDERSEN Genève to make 125 timepieces “Cartier Pasha” with this exclusive complication.

Since then an other “Grand Jour & Nuit” Edition was launched, different Jumping Hours “Pièce Unique” have been created and two years ago, ANDERSEN Genève had the privilege to be commissioned by CONVOPIECE.COM to manufacture a new “Pièce Unique”. Adrian from CONVOPIECE.COM designed a timepiece with a Jumping Hours mechanism for one of his collectors and ANDERSEN Genève manufactured it.

In 2020, ANDERSEN Genève is proud to make a new Jumping Hours timepiece to celebrate its 40th Anniversary.

As always at ANDERSEN Genève this timepiece has been manufactured with the help of outstanding craftsmen; craftsmen that master their respective fields. The hand guilloché 21ct BlueGold “Magical Losanges” dial is extremely difficult to manufacture; it requires the Artisan to work with three different machines to achieve this level of details. It gives a unique outlook at the dial, shining differently depending on which angle the light hits it. The back of the watch displays a 21ct BlueGold ring with the text “40 years of independent timepiece creation” hand engraved and a 18ct yellow gold hand guilloché “grain d’orge” rotor; ANDERSEN Genève “A logo”is engraved in the middle. The watchmakers designed and manufactured the Jumping Hours mechanism and they added their “artistic” touch with fine “anglage” of some parts of the movement and perfectly polished screws.

This very classic and elegant timepiece in 5N red gold will shine over the next decades. The hours are displayed in the window at 12 o’clock and it has only one hand that points the minutes in the counter at 6 o’clock. “1980” and “2020” are displayed on the 21ct BlueGold dial to underline this iconic milestone, ANDERSEN Genève’s 40th anniversary.

Svend was already well known by Collectors worldwide, thanks to his outstanding achievement: “The Bottle Clock” in 1969. In 1980 a Swiss Collector asked him to re construct and make a new gold case for a very complicated pocket watch movement from Louis Audemars. He did it and more and more Collectors arrived with such demand. So, he started his career as independent watchmaker by first manufacturing pocket watch cases, with harmonious styles, for Collectors. Satisfied with the high quality of the work, watch Collectors started to ask for their personalized and bespoke time piece (called “Pièce Unique”). Ever since, ANDERSEN Genève has been developing complicated watches such as the annual calendar, perpetual calendar, and jumping hour calendars. One of ANDERSEN Genève’s most complicated watch developed is the Secular Perpetual Calender. It is a watch that accommodates a quirk of the Gregorian Calendar; three secular years, not divisible by 400: 2100, 2200 and 2300 and are not leap years. In these years’ regular perpetual calendars require manual correction, for e.g. it doesn’t need an extra day in February (there is no “29”). The complication developed by ANDERSEN Genève will show the date without adjustment every year up to and beyond 2400.

While working at Patek Philippe in the early 70’s, Svend had the chance to work on the world time complication developed by the Geneva based watch maker Louis Cottier. Mr. Cottier created the first pocket watch in the 1930’s and then the first wristwatch with an indication of different time zones. In commemoration to Louis Cottier’s first world time wristwatch, ANDERSEN Genève designed its first World time watch in 1989, the “Communication”. It was a great success and the watches were delivered to watch Collectors in 1990. Followed the “Christophorus Colombus”, the “Mundus”, the “1884” and the “Tempus Terrae” series of world time watches and “Pièce Unique”. World time watches are indeed part of Andersen Genève’s DNA.

Other ANDERSEN Genève’s iconic timepieces are the collections of Automaton’s (Eros & Automaton JOKER) watches and Montres A Tact.

Montre A Tact watches have 2 reading time windows on the case of the watch so that its owner doesn't need to turn his wrist to read time. The complication developed in house is added on a vintage high-quality automatic movement upgraded by ANDERSEN Genève. This watch doesn’t have hands on the dial and offers a wide range of personalization from hand painted scenes to any type of hand guilloché, hand engraving or precious stones. Portraits, coat of arms, miniature painted or hand engraved scenes have been realized with the help of master craftsmen of their respective fields.