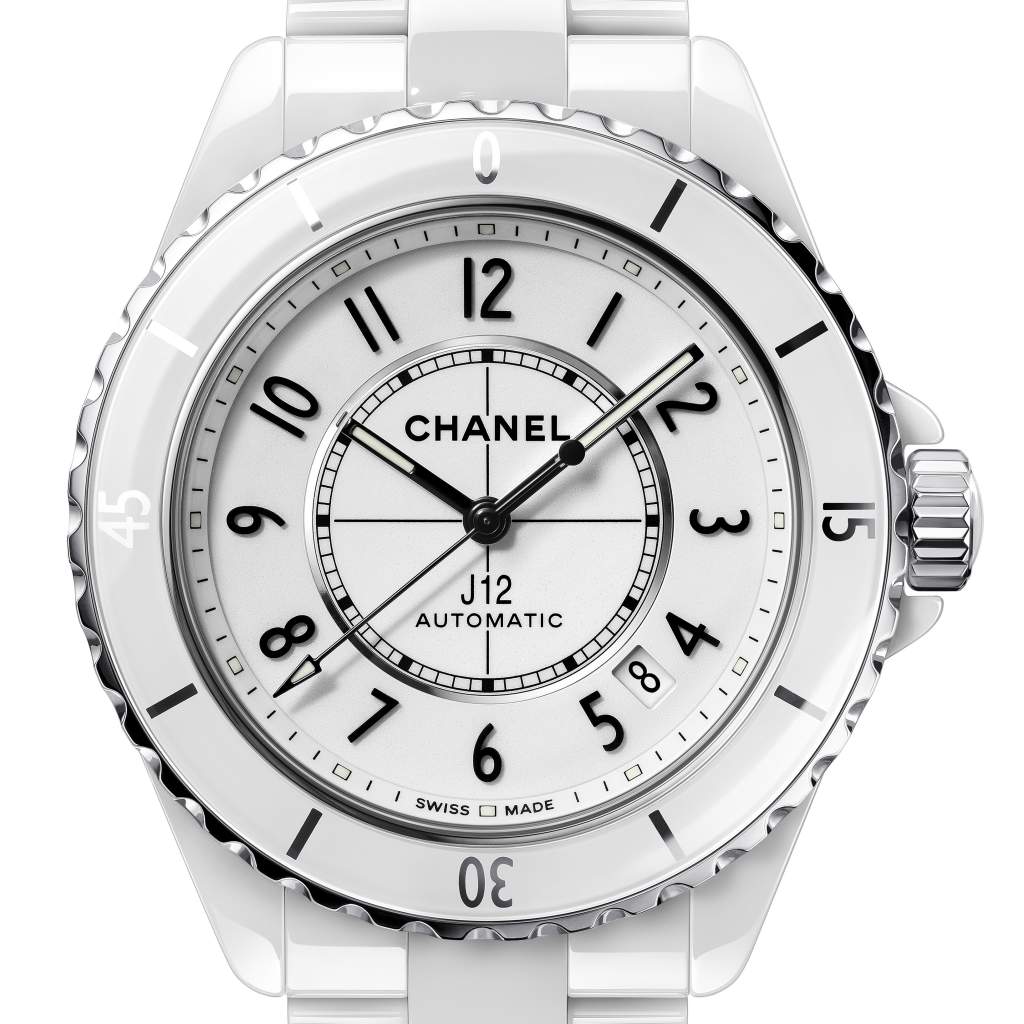 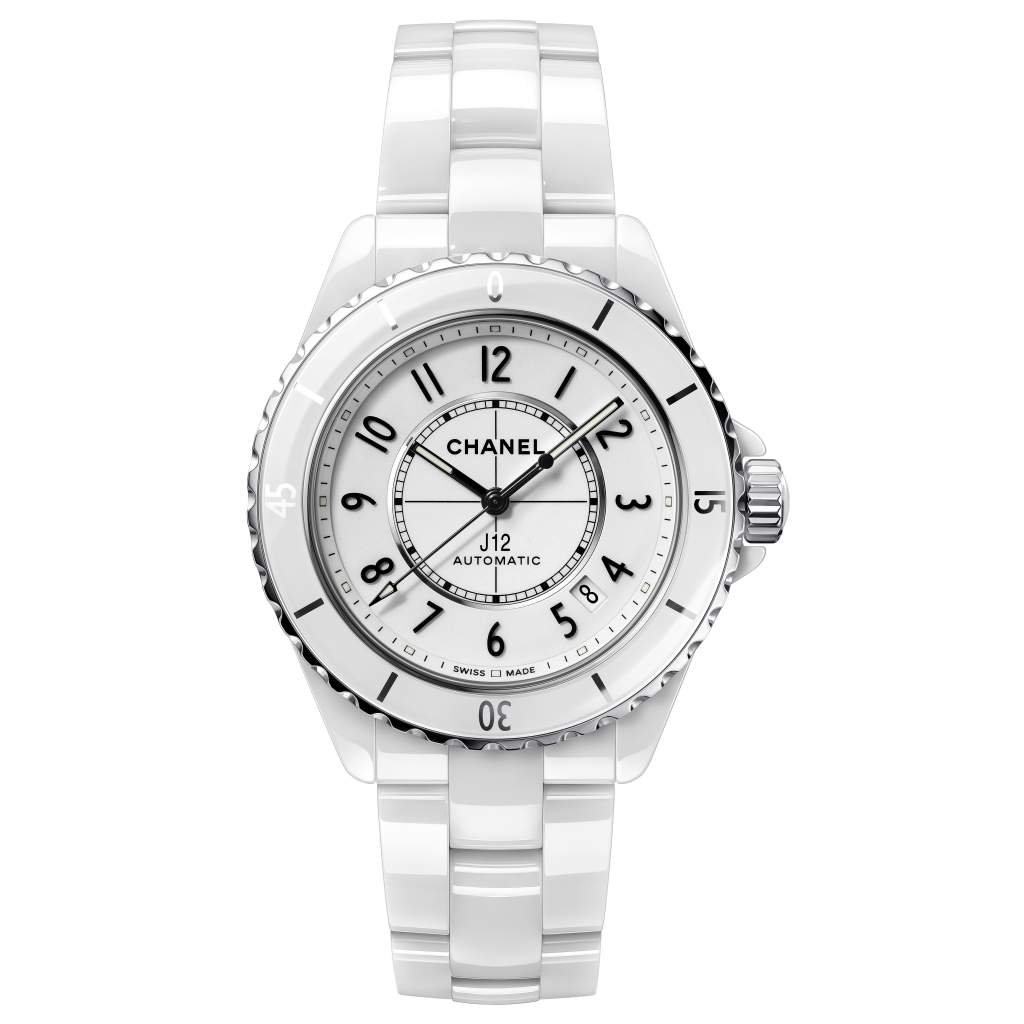 The J12 watch changes everything, without changing anything

At the dawn of its 20th anniversary, the J12 watch has transformed and metamorphosed without losing its very essence. Naturally.

When Jacques Helleu, artistic director of the House, decided to create a watch, he designed it for himself. While drafting his first pencil lines he imagined it as timeless, sporty and all black.

His inspiration came from the two worlds he loved most: automobiles and sailing. He greatly admired the chassis lines of racing cars and, above all, the regal silhouettes of the America's Cup racing class, the J12.

The watch would take this as its name.

Twenty years after its creation, Arnaud Chastaingt, director of the Chanel Watch Creation Studio gave the J12 a makeover without touching the very identity that built its legend and its success.

To increase the dial opening, the bezel was refined: the number of its notches increased from 30 to 40 and the typeface of its numerals and indexes were redesigned. In the same vein, the width of the crown was reduced by a third, like the ceramic cabochon that adorns it.

In the center of the dial, indicators have been added to the inner railway, which itself has also been re-worked with refinement.

The original typeface of the numerals was also redesigned by the CHANEL Creation Studio to enhance and refine it. The numerals applied to the dial are now in ceramic.

The hands too, were honed and refined. The hours and minutes hands are now the same width with a dimensional adjustment of the luminescent areas in black Super-LumiNova on the black J12 and in white on the white J12, for a negative effect.

The thickness of the case was slightly increased while maintaining the J12’s fluid lines. By softening and rounding its profile, the case appears no thicker than before.

The bassine case and the design of the new bracelet, subtly modified with extended links, accentuate this optical illusion and finesse. Finally, the original bi-material case with its steel bottom no longer exists.

The latest J12 now has a one-piece ceramic case equipped with a sapphire crystal so the new 12.1 caliber automatic movement, specially developed by the new Suisse Kenissi Manufacture in which CHANEL is a shareholder, can be seen to be admired. The oscillating weight has been totally redesigned in tungsten to produce its openwork while maintaining efficient rewinding power, as the CHANEL Creation Studio wanted a perfect circle, one of the graphic signatures of CHANEL Haute Horlogerie.