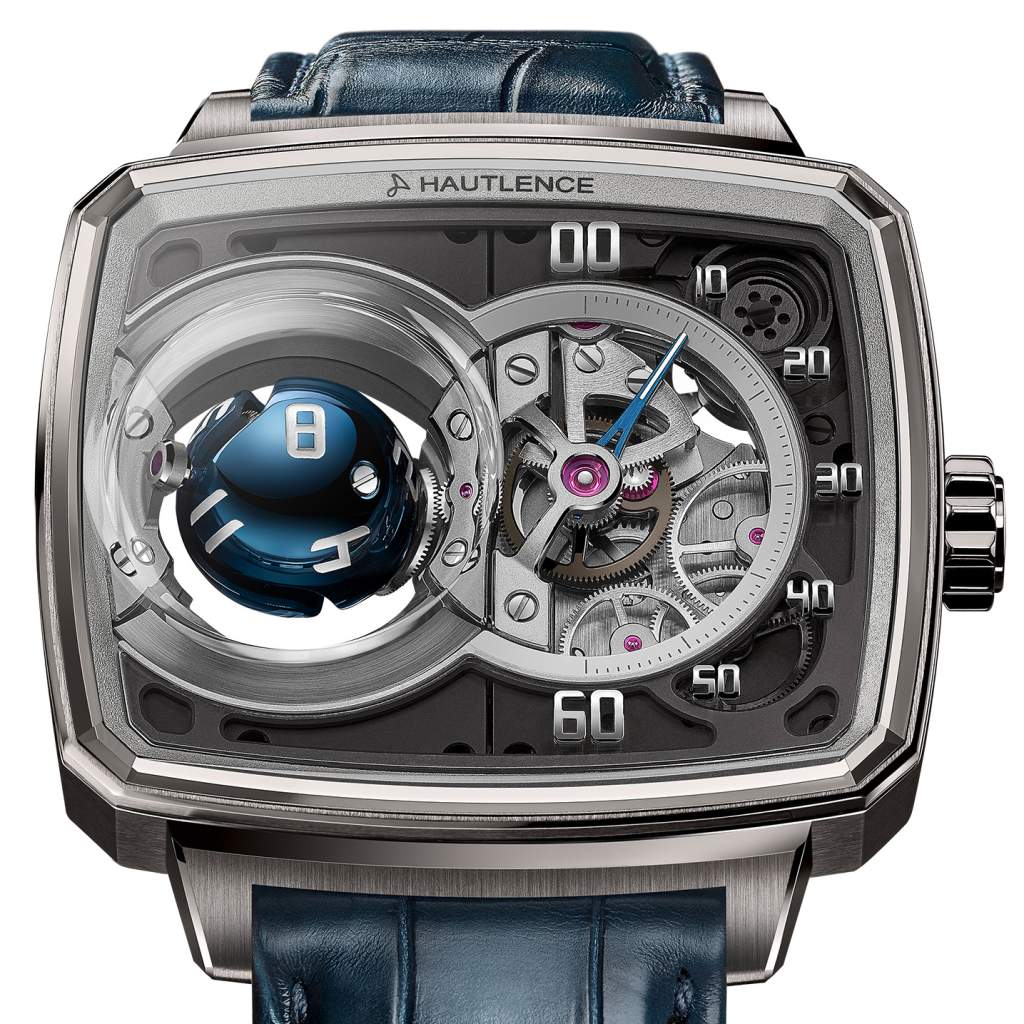 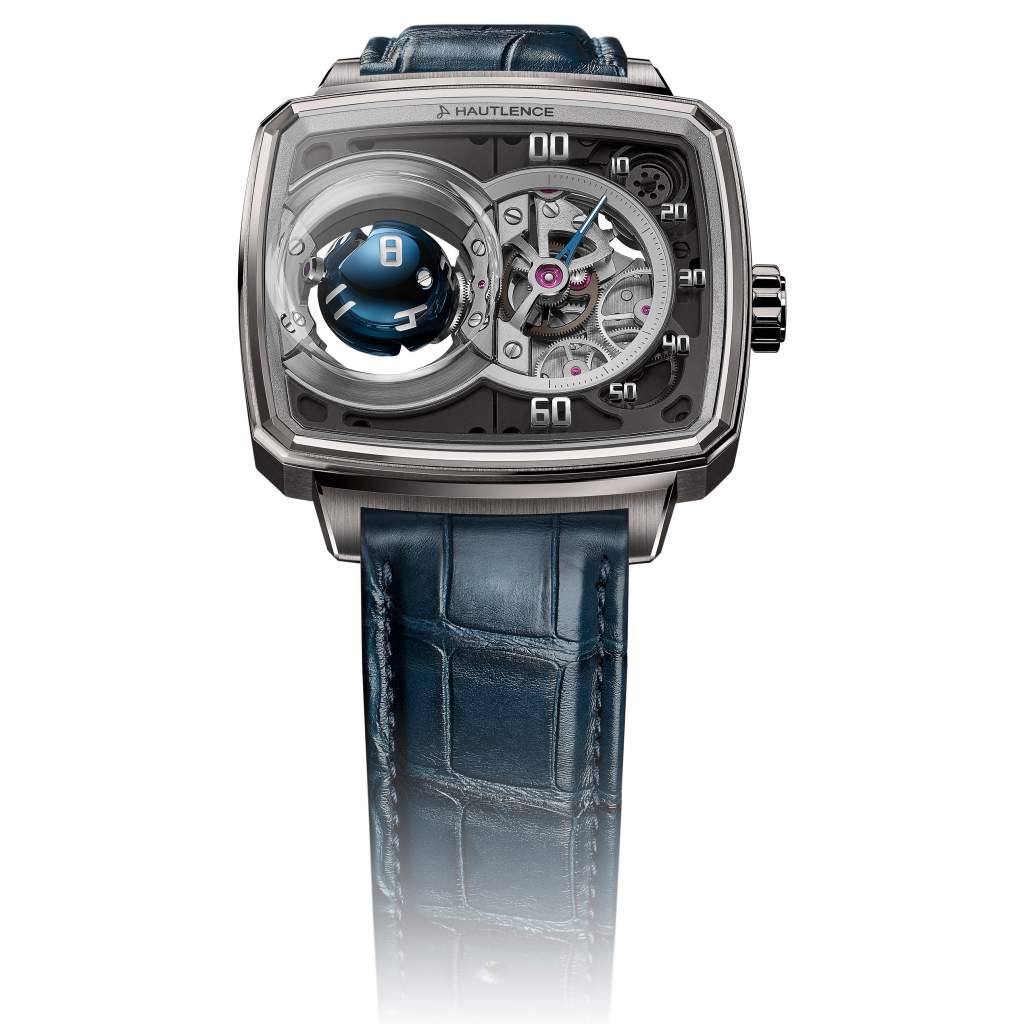 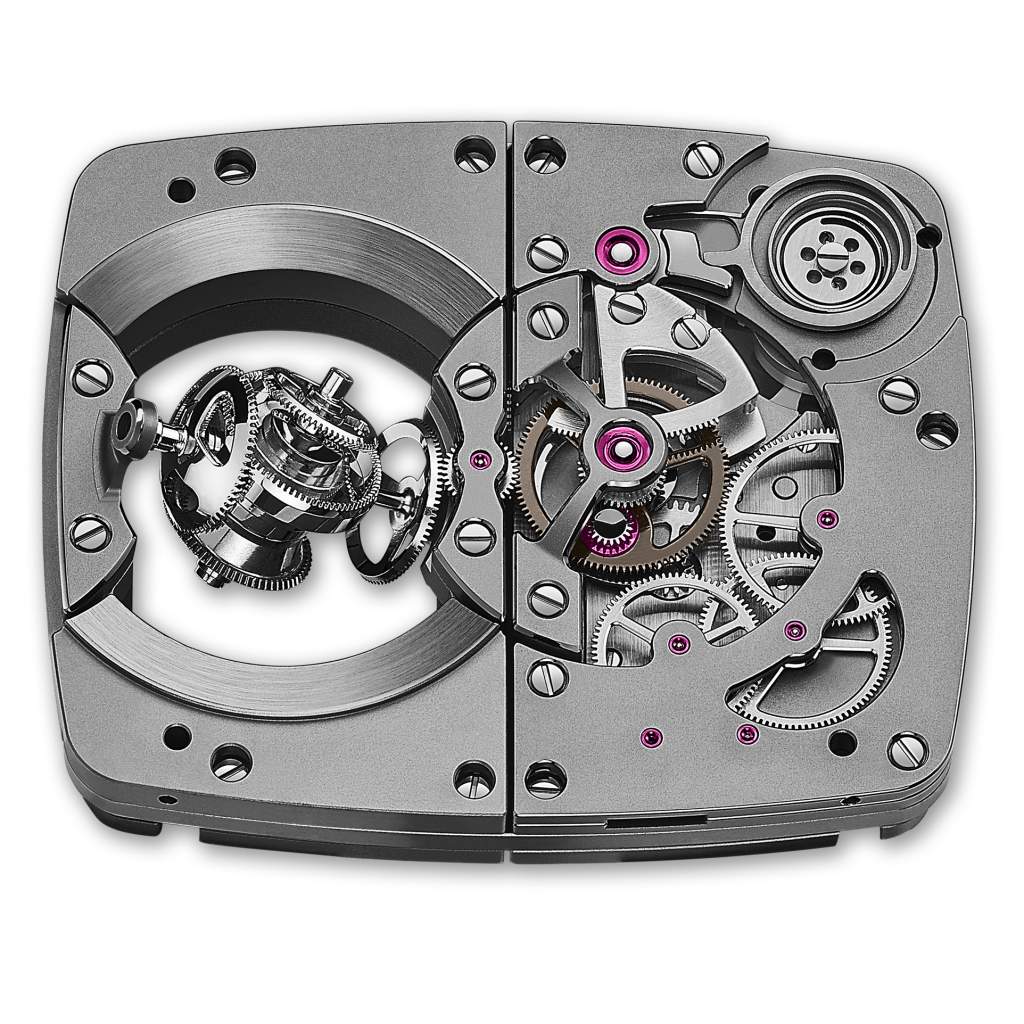 HAUTLENCE is presenting its eighth manufacture calibre and launching an exceptional timepiece: the HL SPHERE. HAUTLENCE is reconnecting with its original identity by going back to basics and offering an innovative way to display the time. Following on from the jumping hour disc and the half-trailing hour chain, it now presents a jumping hour that spins on a sphere. A blue sphere occupies the left-hand portion of the case, magnificently showcased by a sapphire crystal with a small dome, attracting everyone's attention. It features twelve engraved numerals and rotates on itself through three rotation axes to reveal the current hour. This hypnotic dance, which initially appears totally random, actually follows a strict choreography, dictated by four conical gears that move around two crossed spindles inclined at an angle of 21 degrees. Two polished titanium cases featuring a blue PVD treatment adorn this conical differential to create a yin and yang watchmaking composition that forms a sphere.

To the right of the sphere is a retrograde minute display with a hand that travels along a fine and elegant minute track that opens onto the movement and partly reveals the balance. This aperture brings the gear train into view, which slows down the course of the minute hand when it returns to zero, regulating its speed so as to reduce impact forces. The differential and snail used to trigger the jumping hour can also be seen beneath the minute hand. The minute track and the applied silvered diamond-polished minute numerals are fixed to an intermediary sapphire crystal dial with a smoked metallic finish that adds to the piece's transparency.

The HTL 501-1 hand-wound calibre - entirely developed, designed and produced by HAUTLENCE's watchmakers - beats at the heart of the HL SPHERE model. The skeletonised balance bridge allows the owner to admire the oscillations of the proprietary balance spring produced by Precision Engineering AG, HAUTLENCE's sister company. The equally skeletonised drum and ratchet reveal the barrel spring, thereby providing a simple yet ingenious visual indication of the power reserve. The reliable HTL 501-1 calibre is fitted with a safety mechanism that prevents incorrect manipulation during reverse time setting, leading the movement to simply rotate freely without any risk of damaging the mechanism.

With the HL SPHERE, HAUTLENCE is opening a new chapter in its history and confirming its leading role in independent fine watchmaking.