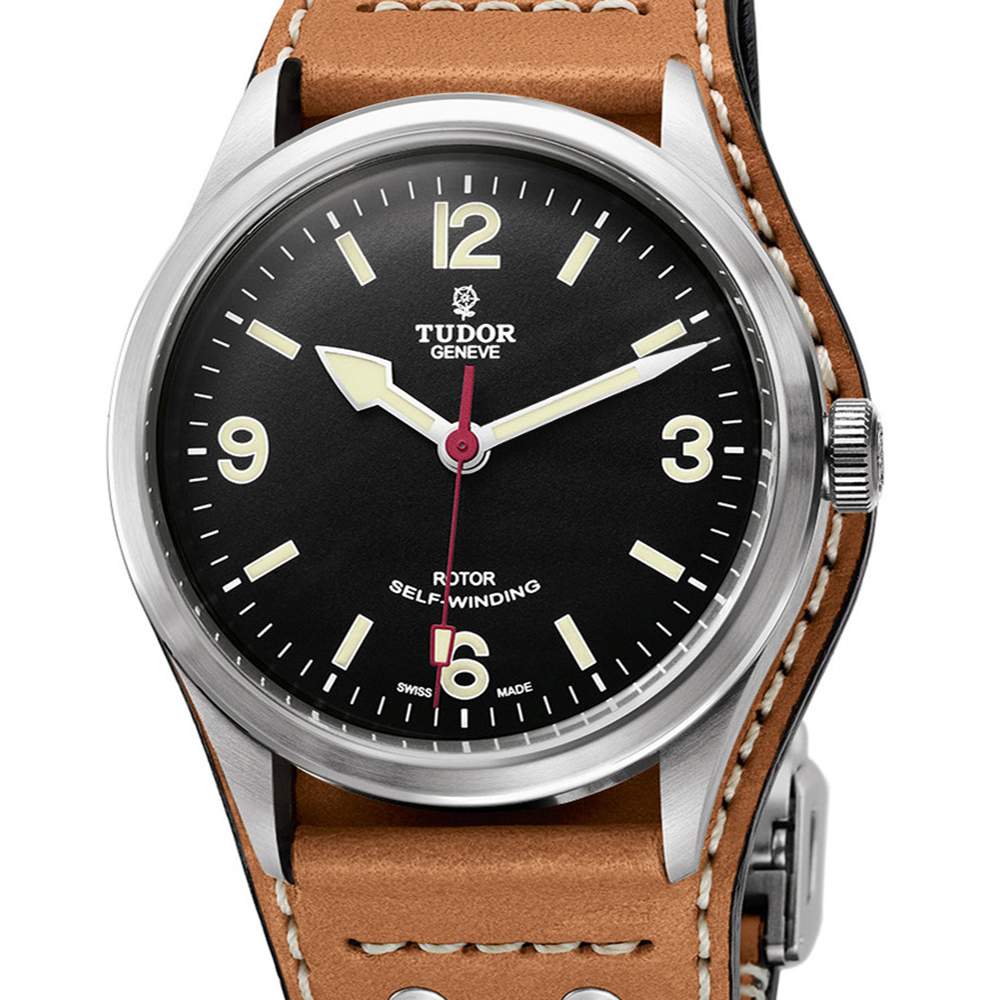 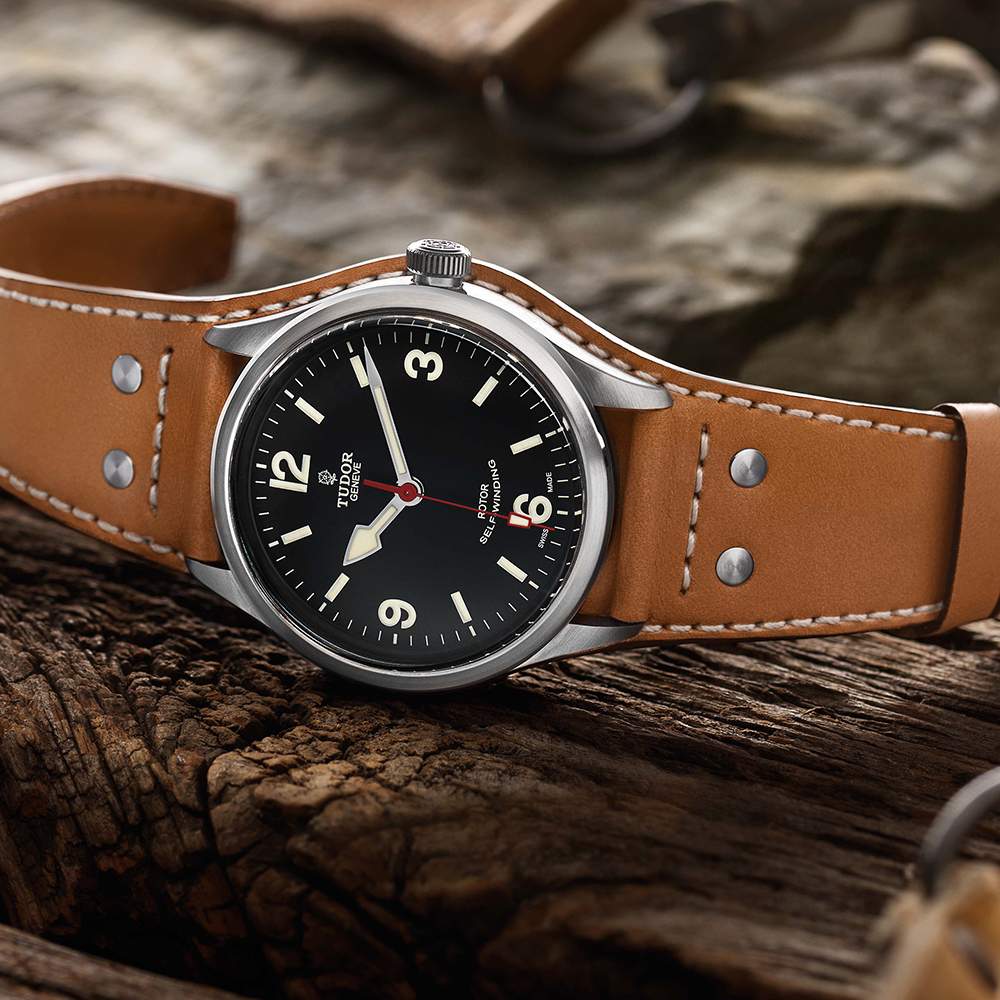 Inspired by a historic model, also named Ranger, which the brand produced in the late 1960s, this new model embodies the unique creative approach developed by TUDOR to showcase its heritage in 2010 with the launch of its Heritage Chrono. Far from being a mere re-edition, it is a distinct reinterpretation, a true temporal and stylistic encounter of past, present and future. The aesthetic codes that contributed to the renown of the historic models are preserved and injected with modern touches to update the iconic spirit of the models.

As on the brand’s historic models, the lugs of the TUDOR Heritage Ranger are drilled through to accommodate the strap bars. Its matt black dial bearing the TUDOR Rose logo is domed, as is the crystal – typical features of the 1950s and 1960s TUDOR models – which give it a unique retro chic look. The 3, 6, 9 and 12 o’clock hour markers on the dial are not appliques as on the other models in the Heritage line, but painted with a coloured luminous substance for a warm and appealing antique effect. Its distinctive pear-shaped hands are directly inspired by the historic TUDOR Ranger models.

Four superbly crafted bracelets have been designed by TUDOR’s Style Workshop for the TUDOR Heritage Ranger. Each displaying its own strong personality, they contribute to underscoring this new model’s seamless blend into its environment. The first is a bund strap with satin-finished rivets. Cut from light brown leather, in spirit it subtly evokes the raw leather and the equipment used by adventurers of the far North. Its steel folding clasp is also entirely satin-finished and heightens the technical aura of the strap. The second is an adjustable and particularly comfortable fabric strap with a camouflage motif woven in green tones, chosen as an allusion to the vast forest-covered regions travelled by sled-dog teams. The third is made of tobacco coloured leather reminiscent of sled harnesses. It is also equipped with the TUDOR folding clasp in its satin-finished version. The fourth and last version, featuring the same clasp, is a bracelet entirely made of machined satin-finished steel. Its distinctive shape is a nod to the bracelets with tube-type attachments used by the brand in the 1950s, a period that witnessed numerous expeditions to the world’s most remote territories. Like the other models in the brand’s Heritage line, each TUDOR Heritage Ranger comes with a fabric strap as well as a second bracelet that may be chosen from among the three other available options.