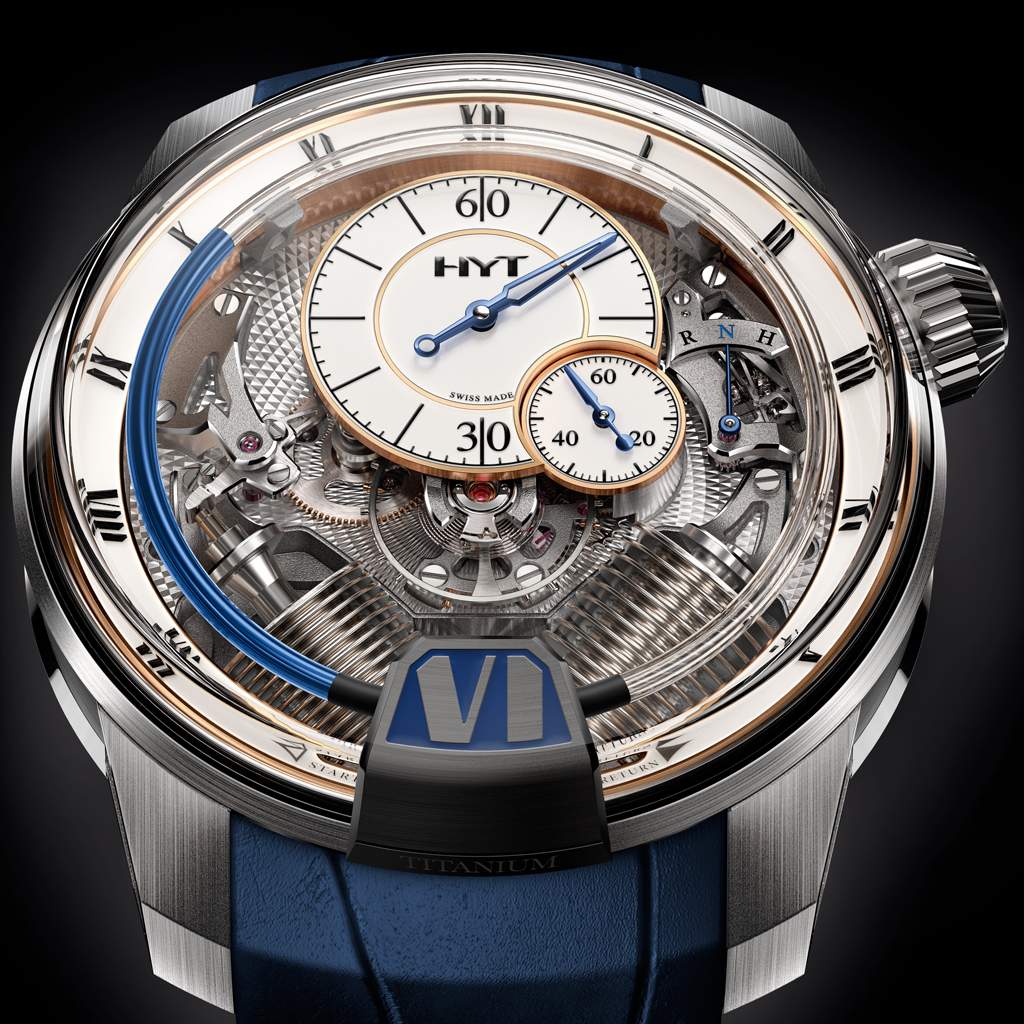 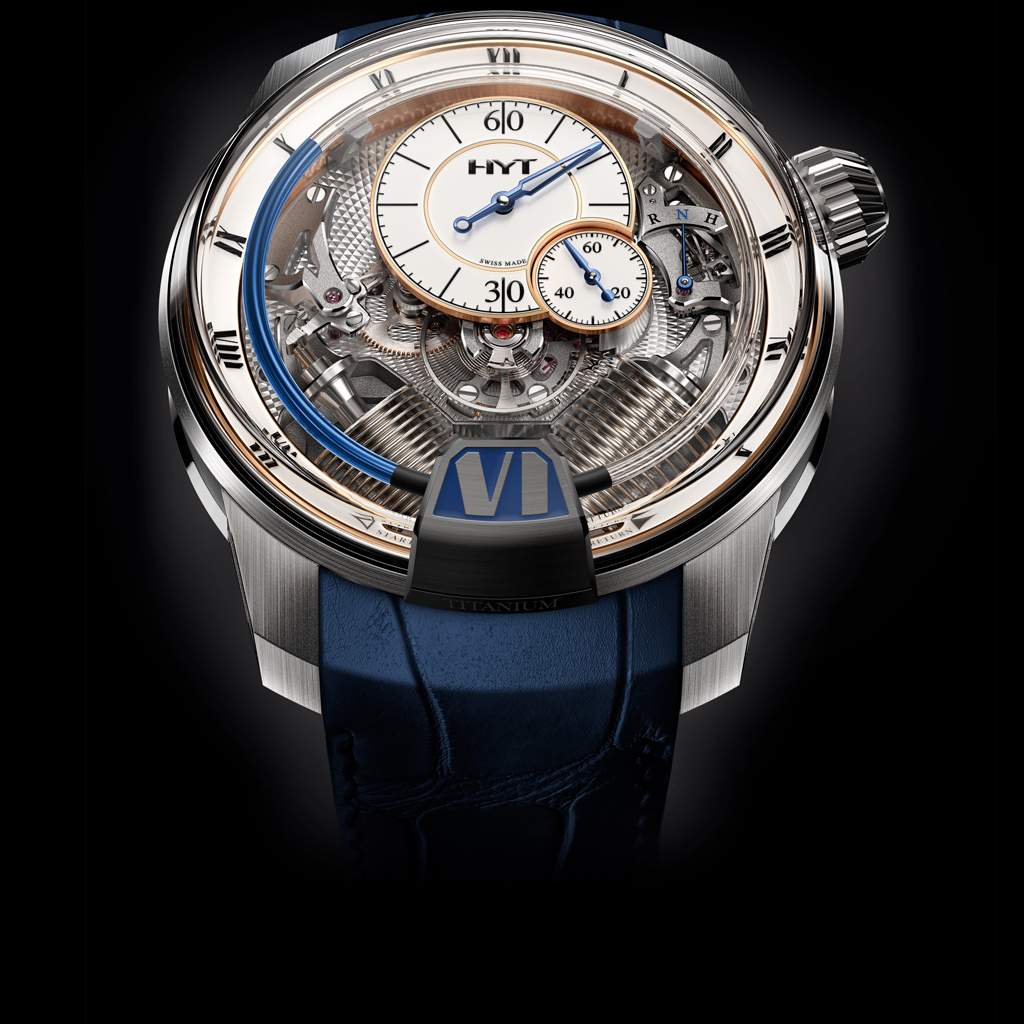 "We have always said that we would never create a classic piece. Having said that, this is exactly what we've done!"

Vincent Perriard, HYT's CEO, loves nothing better than exploring the brand's vast capacity for expression. From its very beginnings, the brand has blazed new trails, experimenting, creating, inventing... Its driving force — innovation — has propelled all its models to greater heights than anyone could have imagined. And now, HYT has reached the very summit. From this tempting viewpoint, how could HYT not cast a contemplative eye over three centuries of watchmaking?

"Fluid innovation is, and will remain, in our DNA", continues Vincent Perriard, "but this doesn't prevent us from playing around with the codes of traditional watchmaking. Fun, experimentation, the joy of surprise: after all, that's what we do best!".

However, underneath this mantle of light, the H2 Tradition has both feet firmly in the 21st century. It retains its hydro-mechanical aesthetic, thanks to the capillary with the blue fluid moving forwards as the hours pass.

It is driven by two bellows positioned either side of 6 o'clock, developed in 2013 on the very first H2. The traditional side is expressed by the diamond guilloché main plate, the ogival shaped crown and its blued hands: HYT wanted it to be classical and easy to read, with the most subtle of aesthetics.

This constant balance between tradition and modernity is more complex than it seems. HYT had to modify the design of the H2's calibre. The goal? To give it a more classic appearance, in line with the aesthetic canons of haute horlogerie.

The balance, for example, has been recentred to provide room on the dial for the minutes. This simple shift meant a large part of the movement's design had to be overhauled, a feat once again achieved by HYT's long-standing partners, APRP. The case has also been re-designed, with the crown protector removed, in yet another nod towards the codes of watchmaking tradition.

The finish of the H2 Tradition also required a number of adjustments. To allow for a diamond guilloché finish in rhodium-plated nickel silver on both sides, the main plate, for example, had to be made slightly thicker, which in turn meant new tolerances had to be calculated for the movement. All the bridges have been modified, reconstructed, polished, hand-bevelled. As with all HYT's creations, the H2 Tradition is best appreciated in terms of perspective and volume.

"While the initial idea – to create a classic HYT – was simple enough, in practice, ways of preserving the identity of the piece, whilst imbuing it with codes which are not naturally its own, had to be constantly found. Its a fantastic challenge, suggested by our collector customers, and one that we have met with aplomb", concludes Vincent Perriard.