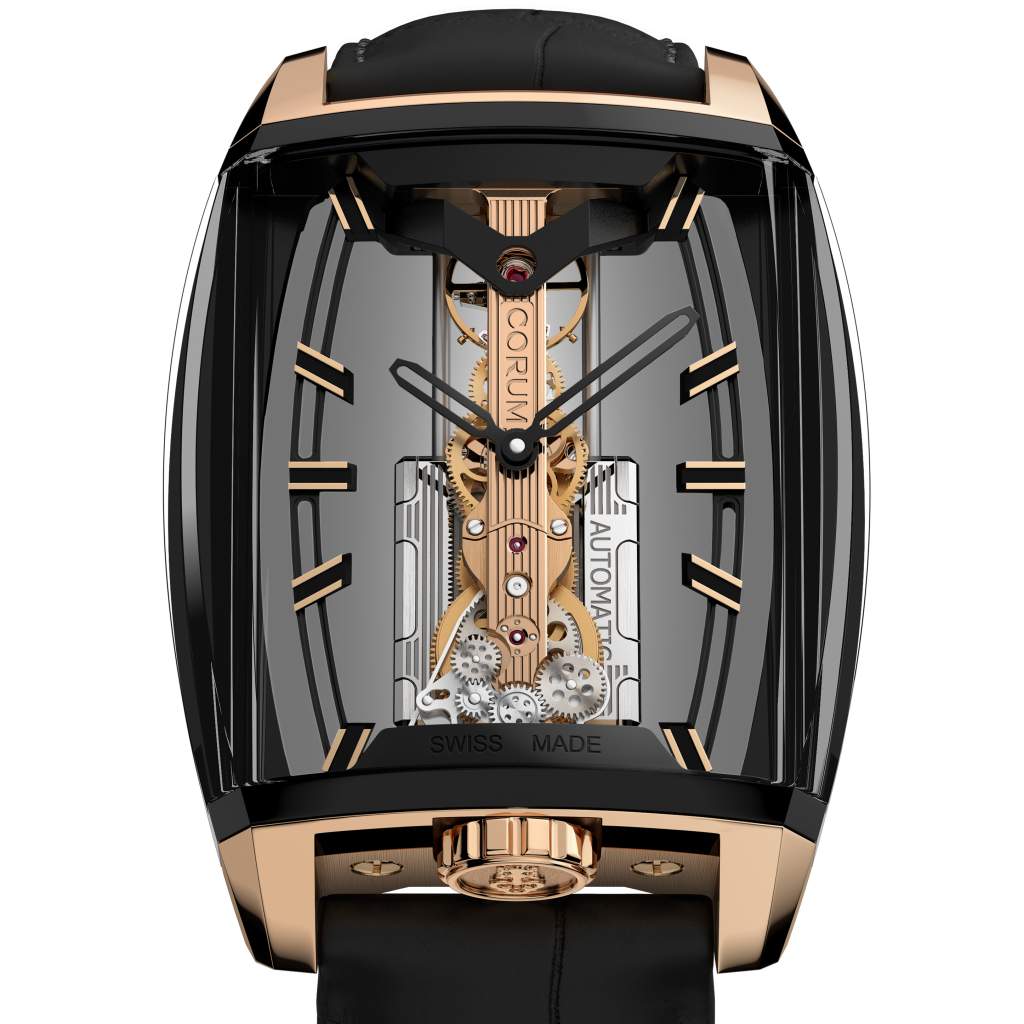 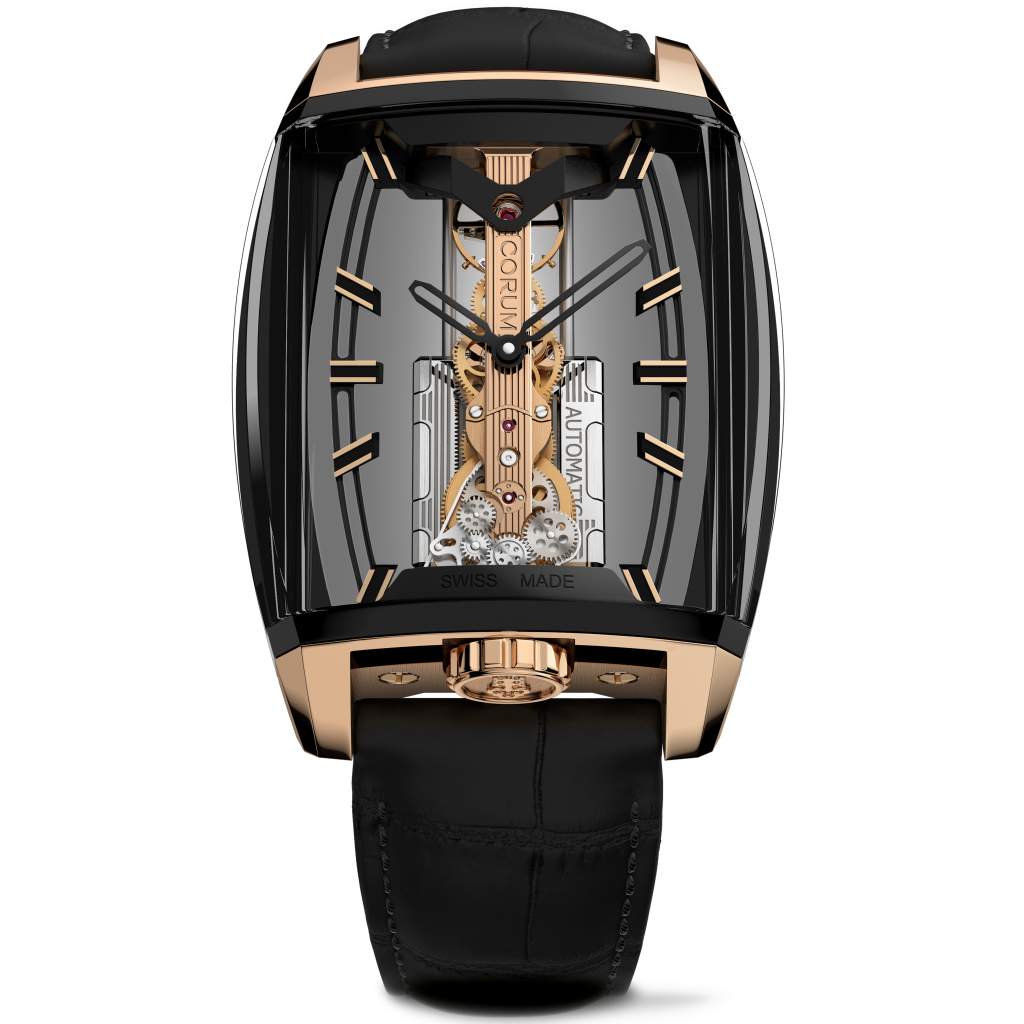 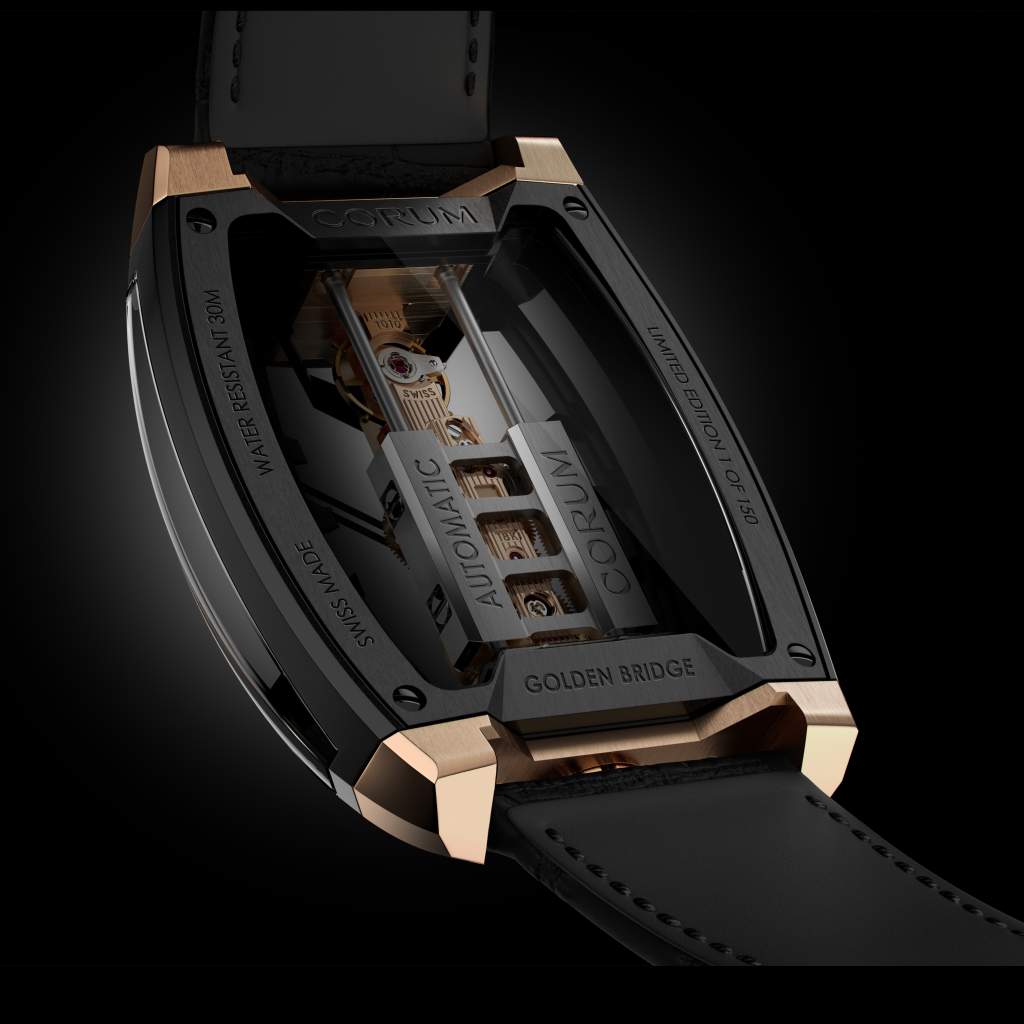 Corum release The Golden Bridge watch with the world’s first-ever in-line baguette movement in 1980. Just over 30 years later, in 2011, Corum released an automatic version of the in-line movement that also took the world by storm.

In honor of the 10th anniversary of the automatic in-line movement, Corum releases the new Golden Bridge Automatic series.

The tonneau-shaped case offers a dramatic view of the movement thanks to the panoramic sapphire crystal and case back in a larger size. Also, for the first time, Corum creates the sapphire crystal as a single sapphire piece that extends from the top crystal to the sides of the watch – allowing for a  360-degree view inside. Sapphire is one of the most difficult materials to deal with as it is brittle and can break in the manufacturing process. It also requires special attention to corners and metal case connections to render the watch water resistant.

Additionally, Corum has invented a discretely placed floating harness system for its hand-applied indexes, yielding a highly modern and sophisticated flair. The design is actually born out of the need for  function. Because there is no dial to affix the indexes to, the harness system links to the movement base so that the markers seem to be floating in space. As indicated in the series name – Golden Bridge – the main plates and bridges of the movement are in 18-karat gold for all versions.