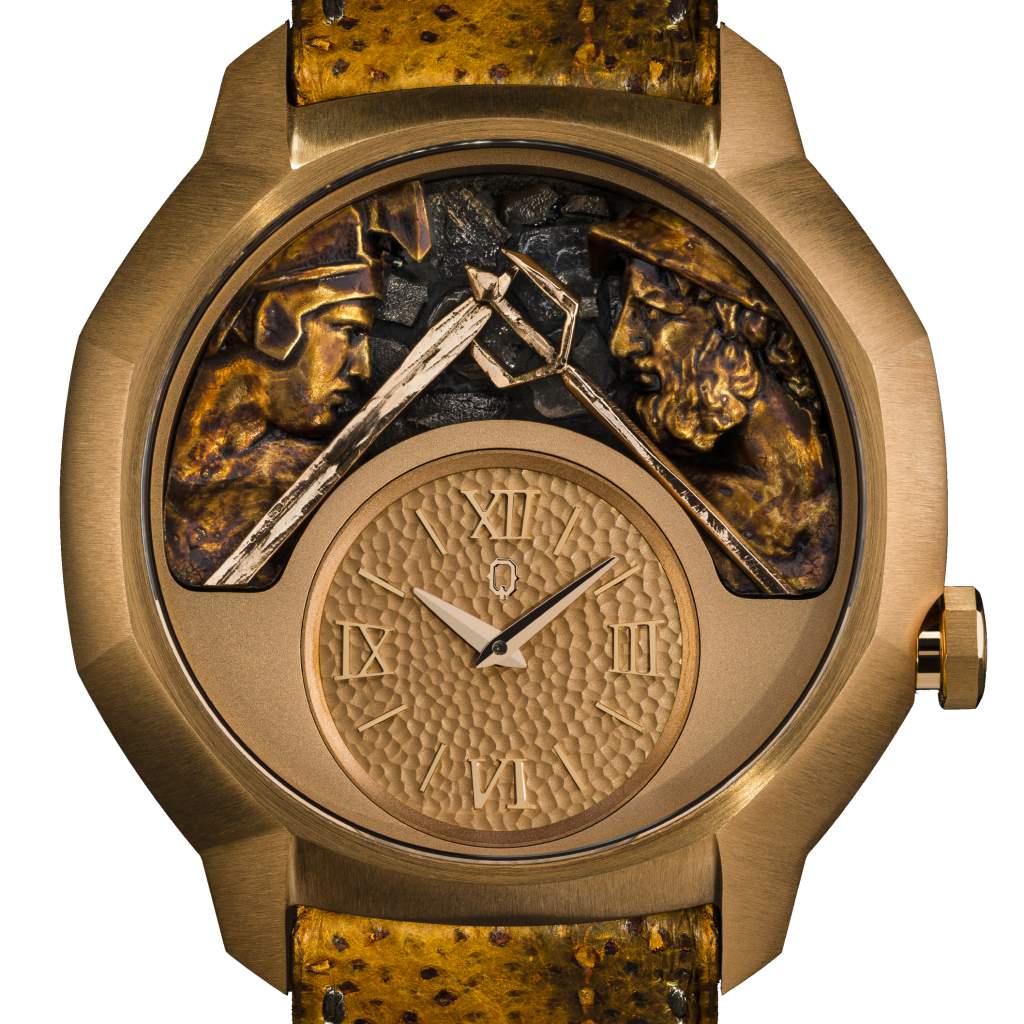 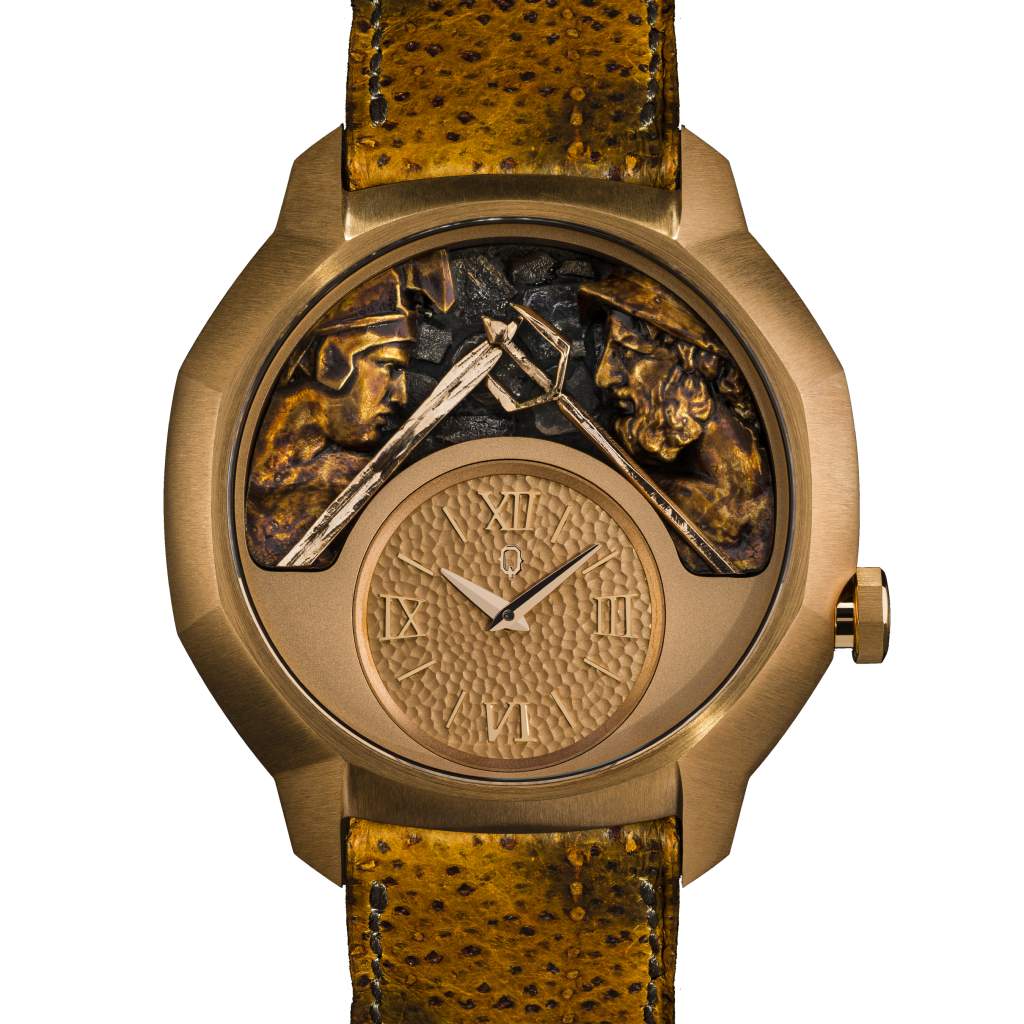 Qannati unfolds the story of the great Colosseum, a story taken from the first century BC within the Roman feats described in the history books of our time. Through a journey across a Roman battlefield, gladiators emerge in all their unimaginable glory, courage and endurance.

The Gladiators Quantum Timepiece showcases the striking shadows on the faces of the combatants - it draws the gaze to the weapons of the gladiators ready to duel for glory and freedom. One of the most dazzling men was Spartacus, a gladiator slave who challenged the power of the Empire.

After an 864-day creation period, the Gladiators Quantum comes encased in Black Titanium with rose gold PVD coating. The two gladiators express a strong and virile personality through the skillful use of antiqued bronze melting with patina across a rough black diamond.

Their crossed arms shine in 18k rose gold. The buckle universe is adorned with an ancient Roman Empire coin from the year 19 AC that portrays the head of Roman Emperor Augustus facing left encrusted in silver with a sea bass leather and alligator double strap.

The main features of this art piece:

2. The ancient roman coin on the buckle dates back to 19 AC

3. The collision of the warriors' weapons that are made of gold bring the art piece to life

4. The timepiece’s Roman dial is made with a Roman hammering technique

5. The faces of the warriors are crafted with all the expressions and realistic touches added like shadows under the eyes