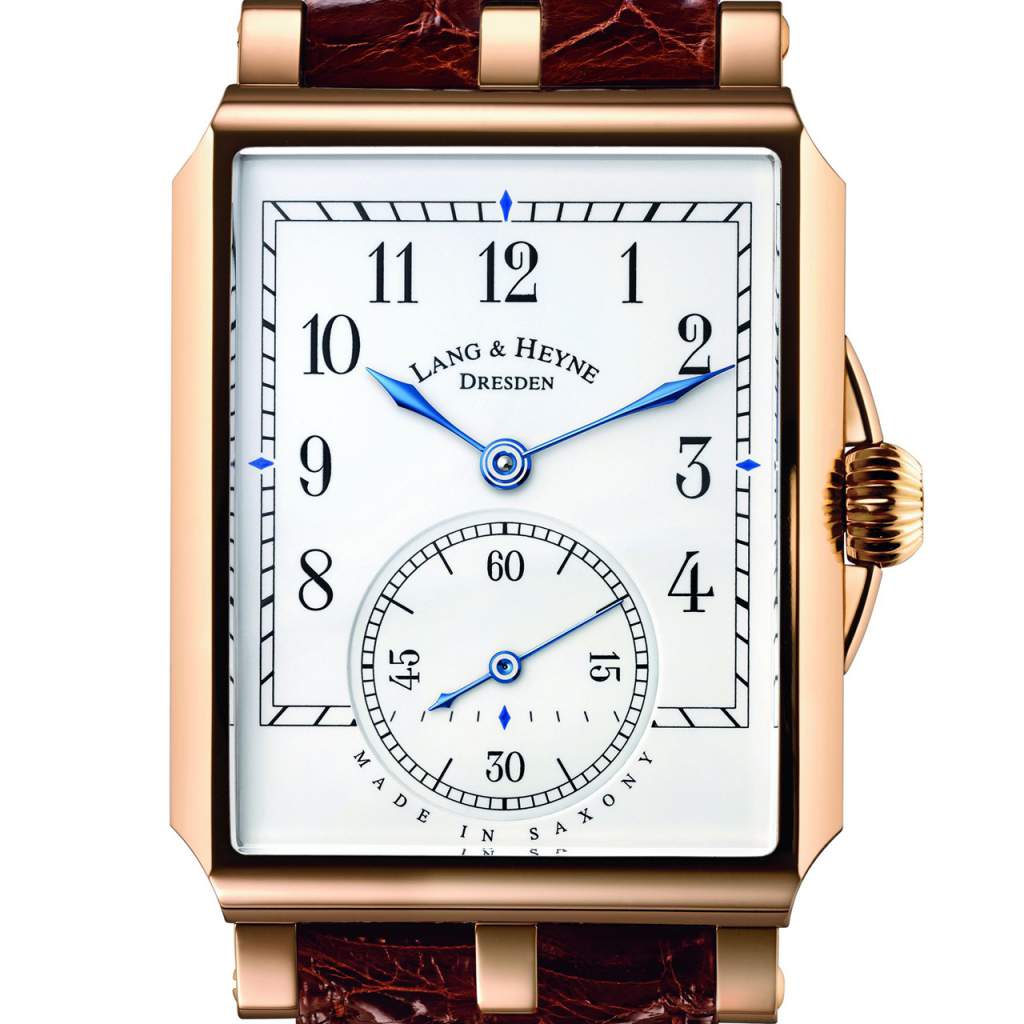 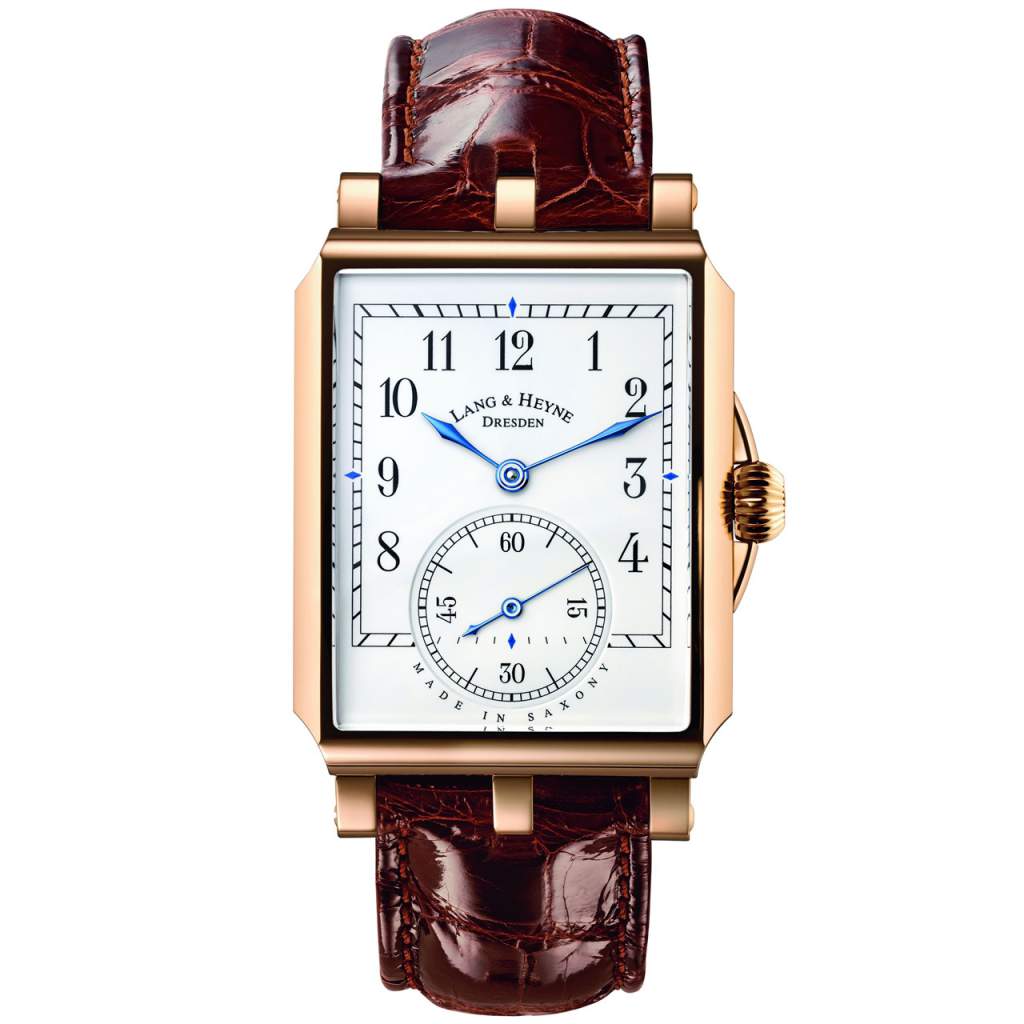 Draw the curtain for a LANG & HEYNE with edges and corners!

A watch from LANG & HEYNE is more than a timekeeper. It is a statement of the owner, reflecting his or her style and sophistication discreetly, combined with the awareness of owning something special. Also the newest offspring GEORG – which is presented at Baselworld 2017 for the first time - has committed itself to this obligation.

GEORG stands for rehabilitation of lines and edges, demonstrating the beauty of an elegant square case on the wrist. Due to its curved case shape, our Georg gently fits the arm – not only the male one by the way.   The giant sized eccentric second sub dial gives each single second the importance it deserves. Once again, an enamel dial shines with its silky esthetic over the Caliber VIII form movement.  And once more, this movement sets new standards in terms of openness and handcraft manufacturing. The huge, completely visible movement shows its finely finished golden wheels, levers and springs, which we do not want to hide. Made of stainless steel, the avant-garde bridges and cocks with domed top and the large polished stone countersink capture and reflect light in every viewing angle. Different forms and materials combined with the contrast of polished and matted surfaces give the movement depth and a fascinating geometry. Thus- as watchmakers - we confidently claim ourselves to be architects of beautiful miniaturized mechanics.

As LANG & HEYNE feels connected to Saxon watchmaking and heritage every watch model is named after a prominent ruler of Saxony. GEORG (*27.08.1471 17.4.1539) also called „The Bearded“ because after the death of his beloved wife he grew a beard as sign of his love and deep grief. Not only this quite contemporary extravagance makes him a personality with edges and corners – thus an ideal namesake for the first form watch of the manufacture LANG & HEYNE.