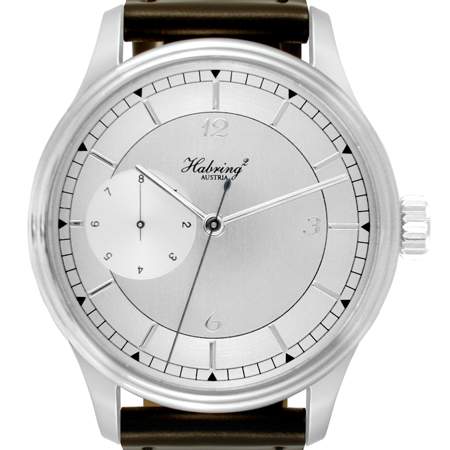 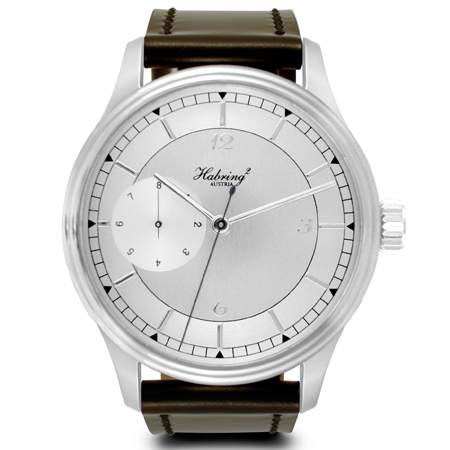 Seize the day - every second counts!

28,800 vibrations per hour is nowadays more or less standard in watch technology for balance wheels in modern watch movements. The balance wheel oscillates 4 times per second - the attached hairspring “breathes” 4 times in and out. With each passage of the zero position, 8 times a second, the balance wheel receives an impulse from the gear train and the escape wheel advances ½ a tooth.

What happens to sound very technical here is merely the explanation why the second hand of conventional mechanical movements seems to run fairly steadily. For technical reasons, the continuous rotation of the wheels is “hacked” into small sections. Three years ago, Habring ² caused a sensation with the launch of their "Jumping Second," making the seconds hand advance accurately each second instead of the common continuously sweeping seconds.

An ingenious patented mechanism made it possible on the caliber A07 – and it's derivates – to simply count the individual vibrations.  The little step each eighth of a second causes the center seconds hand to move exactly 6° forward. Now follows the logical next step: The Habring ² Foudroyante:

Foudroyante - or flashing seconds - refers to a hand on the watch dial and it's drive underneath the watch dial that shows in the truest sense of the word, fractions of seconds. Situated in the new Habring ² Foudroyante at the 9 clock position it appears at first glance when the watch is not running as a conventional seconds display. In motion, however, the movement is fast, the hand rotates with the - for mechanical watches - breathtaking speed of one revolution per second around the unusual scale of 1 to 8 and that 86,400 times a day! Exactly with the leap of the Foudroyante from the 7 on the 8 the central seconds hand moves synchronously to the next position.

What seems here to be relatively simple turns out after closer inspection to be a technical masterpiece.  Such rapid movement, of course, needs an adequate supply of energy - energy that is normally reserved for the oscillation of the balance. So the "flashing second" was known in the past to be part of complex chronographs and their stopwatch function. Usually such structures used their own barrels, to drive the stop function and the Foudroyante too.

Not so with Habring ²: An addition to the gear train directly allows the display of the eighth of a second on the dial. 2 years development time - and extensive long-term tests - were necessary in order to outwit the physics without adversely affecting reliability.  The  power reserve remains at the full 45 hours. And all this with only slightly reduced amplitude values compared to the same caliber without flashing second.

The essence of it: The new A07F caliber of Habring ² After all, every second counts in life!

Beside all the dynamics with this exclusive complication, everything else remains as usual at Habring². The famous classical watchcase in stainless steel, titanium or precious metals impresses with its classic, timeless elegance out of manual small batch production. Different dial versions are available on request.