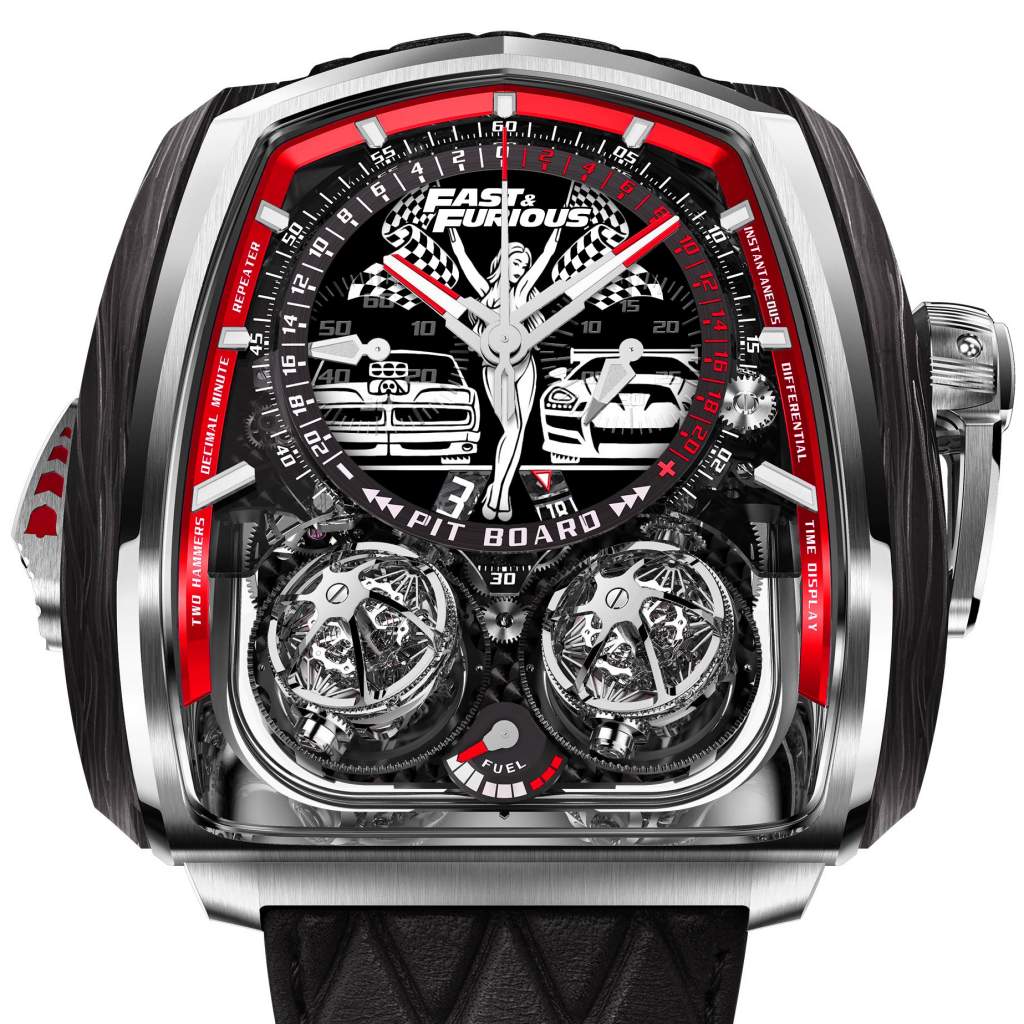 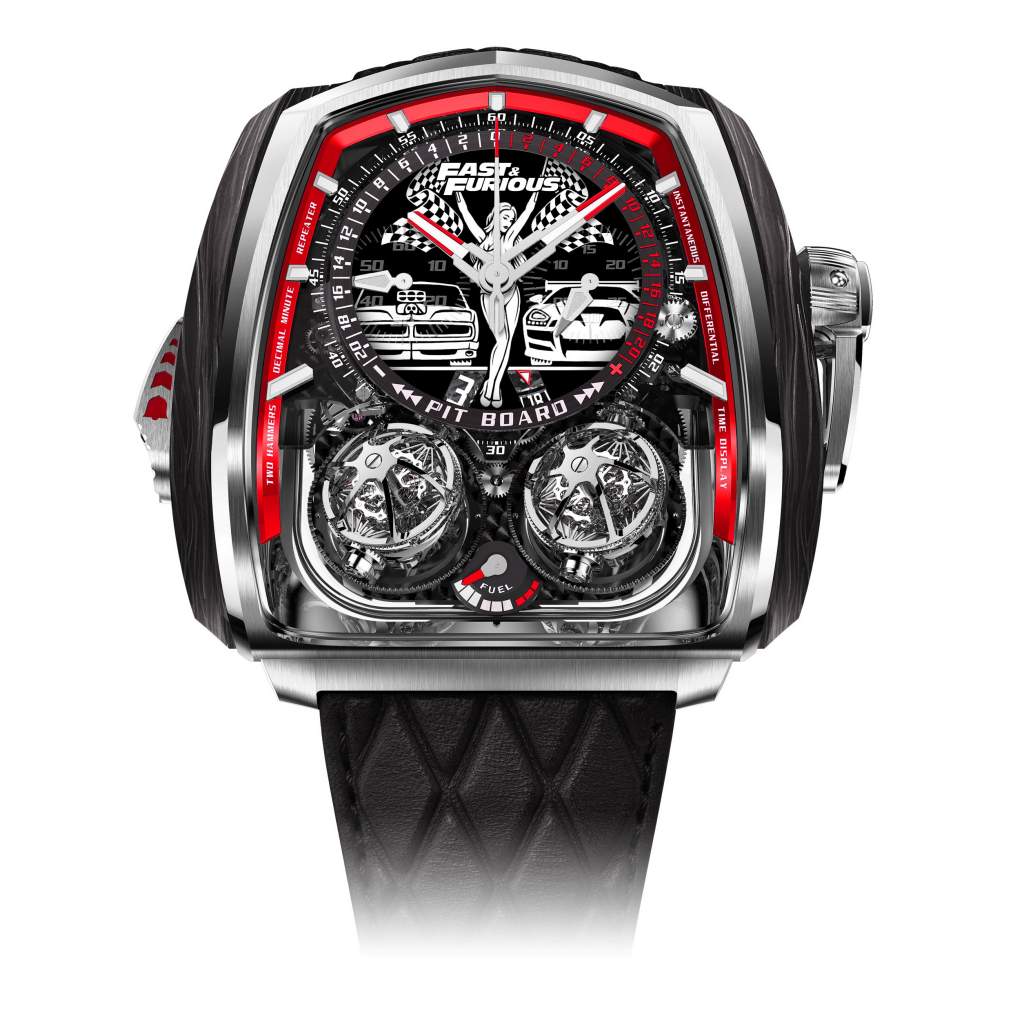 The new Fast & Furious Twin Turbo combines a uniquely complex timepiece designed for devotees of high-performance sports cars and merges it with the iconic symbols inspired by one of the most popular movie franchises of all time - Universal Pictures' Fast & Furious. It places four complications that have never appeared together in a watch: a twin triple-axis tourbillon, decimal minute repeater, monopusher chronograph, and pit board time difference calculator. All complications are powered by the 832-component Jacob & Co. caliber JCFM05 manual wound movement exclusive to Jacob & Co.

With this high watchmaking complexity are imagery that celebrate the highly successful Fast & Furious movie franchise. The large sapphire crystal face features imagery iconic to the first "Fast & Furious" film from 2001: a starting girl with checkered flags, behind her are hot rod cars ready to bolt - one American muscle, the other a supercharged import, above both is the Fast & Furious logo. The images capture the feeling of living life one-quarter-mile at a time. The name of the watch, "Fast & Furious Twin Turbo," appears on the sapphire caseback that also provides a view of the hand-decorated and hand-assembled high-performance caliber.

This timepiece, limited to nine pieces to celebrate the release of the latest chapter in Universal Pictures' Fast & Furious film saga - "F9."

The Fast & Furious Twin Turbo is yet another groundbreaking Jacob & Co. creation, one that is like no other to have ever existed in fine watchmaking before.