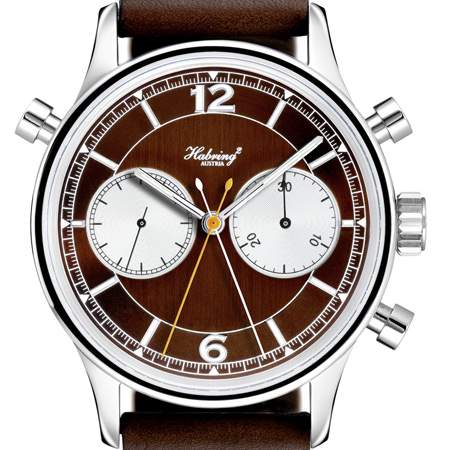 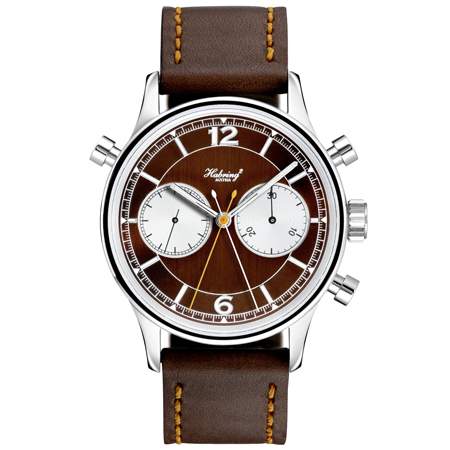 Joseph Thaddäus Winnerl (born 1799 in Mureck in Styria – died 1886 in Paris) hit upon the idea of a separately stoppable seconds hand in 1831, whilst searching for the first watch that could measure intervals of time. Whilst other great minds refined the mechanism over the years to follow and finally arrived at we know today as the chronograph, Winnerl's work had laid the foundations for a more complicated chronograph: the chrono rattrapante or double (or split-seconds) chronograph.

Now, in 2012, it is again an Austrian company that has reinterpreted the double chronograph in a future-oriented design: Maria and Richard Habring aka Habring².

The technology is not completely new to the couple; after all, Richard Habring played a major role in the development of the complication when he first started out on his career as a watch designer under his mentor, Günter Blümlein. At the time, his completely new approach convinced not only his colleagues but also the patents office. The document published under the number DE4209580A depicts a hitherto unseen design of the fragile lever mechanism required to hold the rear-mounted split-seconds wheel.

One of the design's special features is the omission of the traditional column wheel, which is not only complicated to produce but also requires complex adjustment in conjunction with a split-seconds function. However, the design, which integrated the functional module in an existing movement, went on to display the odd drawback here and there over the next 20 years. The dynamic entrepreneurial couple have taken this as an opportunity to rework the design whilst incorporating some decisive improvements. In contrast to the original patent, the Doppel 2.0 is characterised by superior service friendliness.

And so ends a 20-year chapter of consistent development and improvement. This time span is the reason why Habring² is making an exception and departing from its usual annual output of 12 units per model to produce precisely 20 Doppel 2.0 at their atelier in Völkermarkt.

Of course, the A08MR calibre has all the hallmarks of the small Austrian manufacturer in addition to the ingenious split-seconds mechanism. Accurate chronometer measurement and superior reliability are the result of small-scale manufacturing and assembly. The sub-dials have a classic east-west orientation to provide a visual counterpart to the original. The sapphire crystal base offers an unrestricted view of the manual mechanism.

There is a choice of three dial designs: blue, grey and brown, each offset in orange. The Doppel 2.0 is available exclusively in a 42 mm diameter stainless steel case at a price of  € 6000.