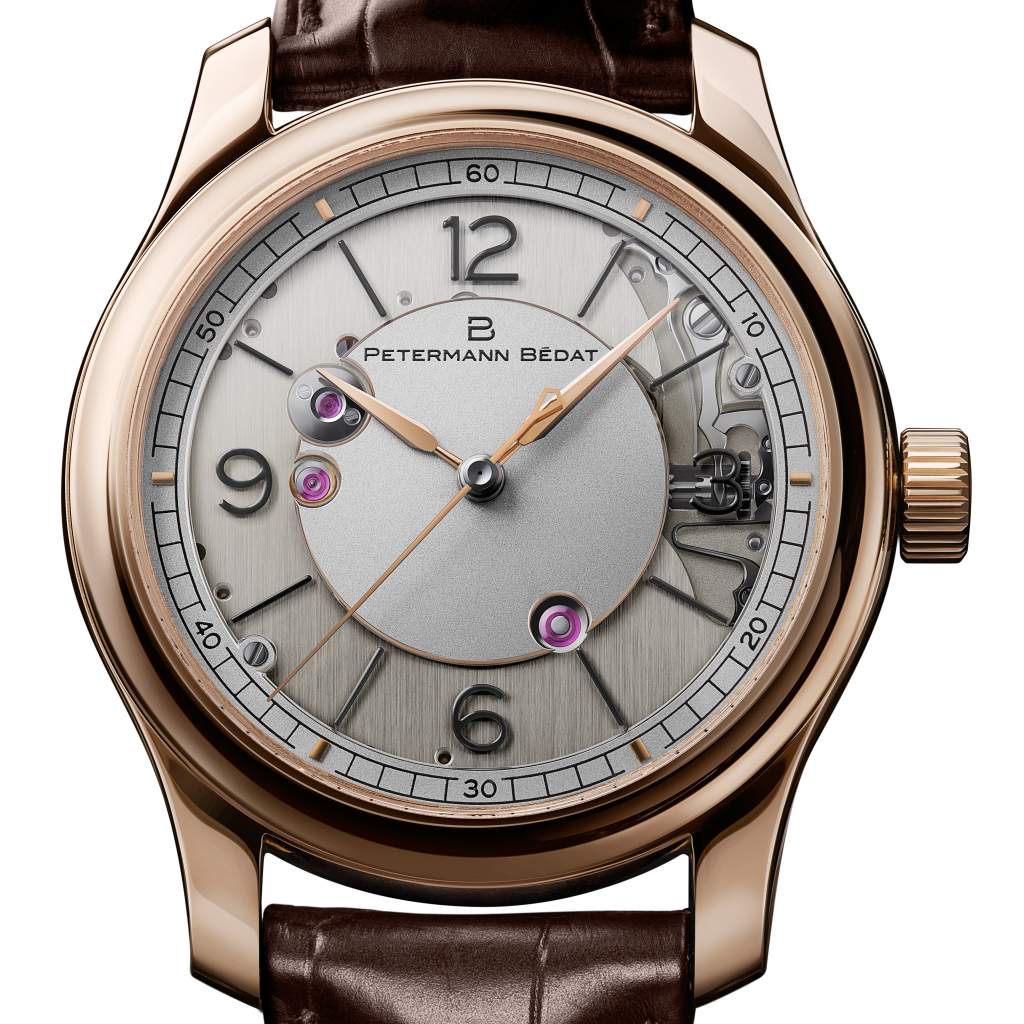 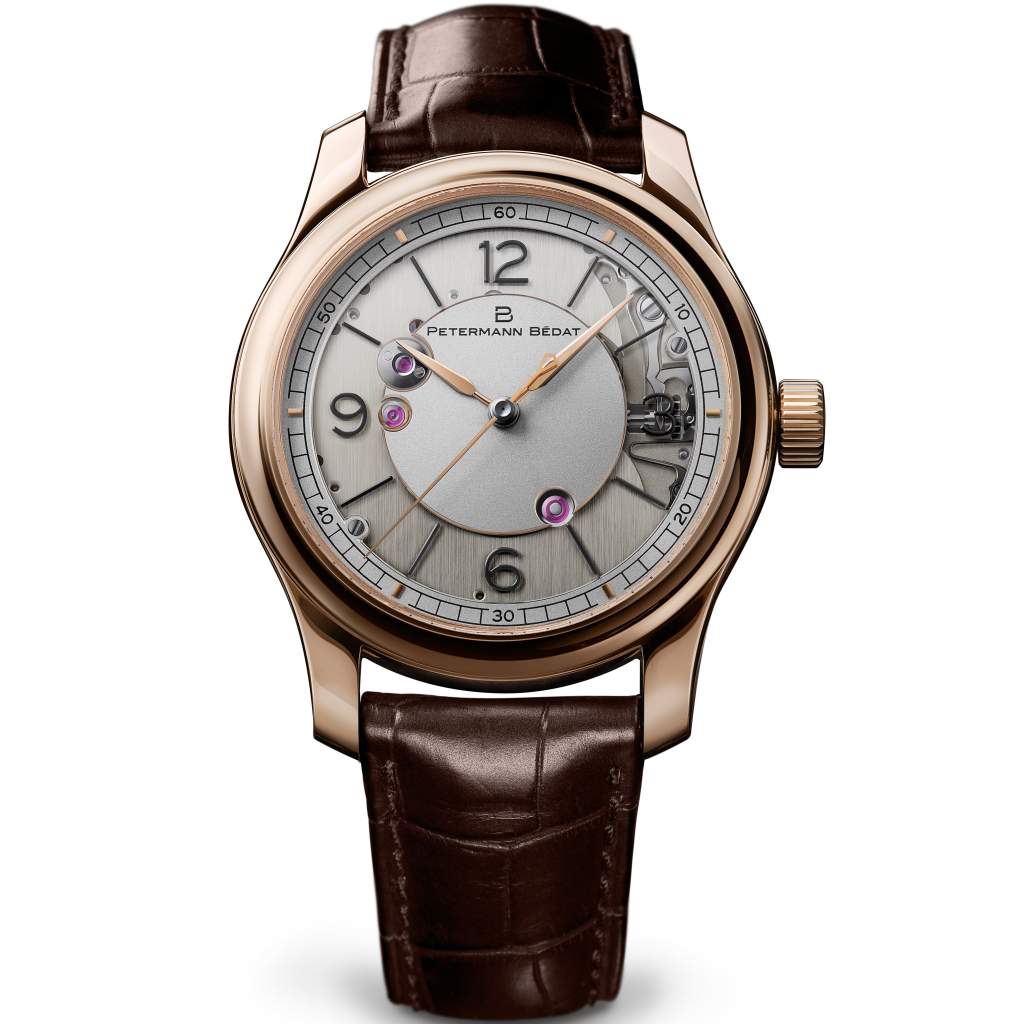 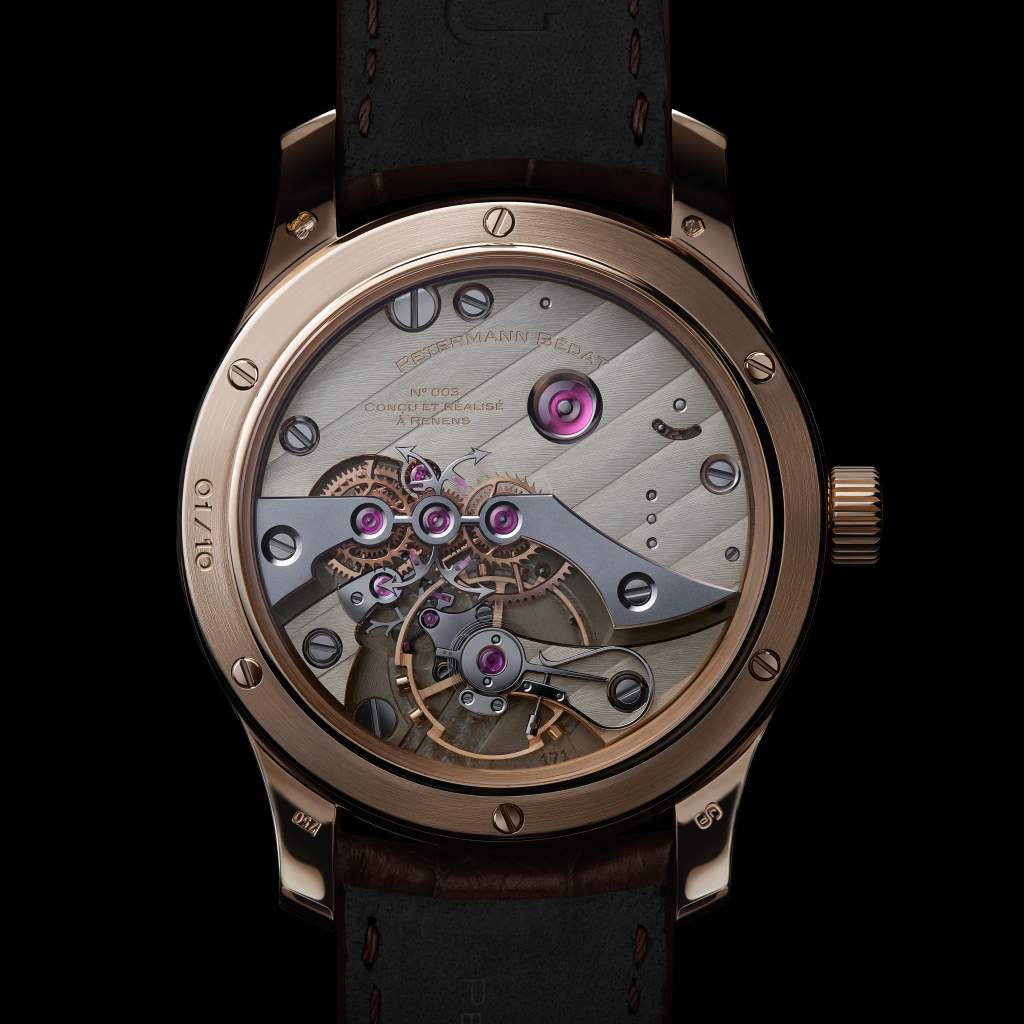 Their friendship started a long time ago, sharing the same bench at watchmaking school and even living together while perfecting their craftsmanship at 1 Ferdinand-A, Lange Strasse in Glashütte. The school is universally acknowledged as one of the best in the traditional watchmaking world.

On their return from Germany, they chose the Swiss town of Renens, in the Canton of Vaud, to establish their workshop. Their choice was largely influenced by the availability of workshop space beside master watchmaker Dominique Renaud's workshop. The chance of working so close to Dominique was an inspirational opportunity not to be missed.

Restoring timepieces made by the greatest watchmaking names in history is probably one of the best ways to build a solid foundation of knowledge. However, this young and ambitious pair wanted more!. Their aim - to create their own project.

In 2017, Petermann and Bedat decided to create their first movement. Conceived with the help of Dominique Renaud, this first step had to be a 3 hand caliber.

The simplest expression of time but with a twist, a dead beat second. 'The 1967' was on its way.

Made in Renens, the word 'made' takes on another dimension when every detail is made with the same desire for perfection. Breguet's spiral spring, black polished, polished bevels, everything is finished by hand with the same care. Even the parts that you will never get to see. Why?, because the next generation of watchmakers love their job as much as their ancestors did.

For their dead beat second, the Gafner system was the inspiration. It requires the best craftsmanship to adjust while offering great room for creativity. The anchor of second is the most complex component to manufacture in the system. Adjusted by hand to the hundredth of a millimeter, it is only the watchmaker’s exceptional skill that makes the difference between the movement working or not.

18'000 vibrations per hour, because size matters. They wanted a generously sized balance wheel and with a diameter of 11,5 millimeters it definitely is!.

Nested above the balance wheel and inspired by the golden era of pocket watches, the swan neck regulator is without doubt the most elegant instrument to adjust the rate.

The Gafner system also provided the opportunity for these two young watchmakers to use and revive heritage techniques such as the deep matte finish of the dead beat second bridge. Achieved with "poudre du levant" mixed with olive oil, this technique was traditionally used on grande sonnerie pocket watches but has since then nearly been forgotten.

Naturally, every element is part of a master plan. In order to finish all the elements of the hour setting with a black polished finish, a system on one level was chosen, this being the only way to avoid scratches over time  - the devil is in the detail !.

Jumping from one second to another,

1967 is an intriguing name, for watchmakers born in the nineties. Their humour is the reason why.

In 1967 the first quartz movement started to tick-tock, its second hand jumping from one second to another, exactly like a dead beat second.

After a foreword, Petermann Bédat has now started to properly write its own story, the 1967 is chapter I.

Designed by Barth Nussbaumer of Barth. Studio, the brand has now found its visual language. A language with which to write many more exciting chapters.

Petermann Bédat's design is a subtle blend of Gaël and Florian's taste, a balanced cocktail made out of 19th century technical and aesthetic influences for the base notes, some mid- 20th century design codes for the body and a Modern zest. The outcome is a crisp point of view on fine watchmaking.

Surrounded by a classic 39 mm case inspired by the 60s grail era, the dial represents the new design language of the brand.

This new semi-open dial has been created to highlight the craftsmanship within.

The central plate cut-outs are designed to frame the nicely sized rubies, as they are one of the vital elements of the movement. The rubies also give a perception of what is happening behind the scenes.  Cut-ins on the central plate and cut-outs on the outer ring are like pieces of a puzzle about to be reunited.

The star of the 1967 is definitely the seconds, therefore we speak more about a seconds track than a minute track. The seconds track graphic design plays with the same ideas of cut lines, these breaks visually emphasize and enhance the idea of jumping from one second to another in an endless hedge race.

The hands are the revolving main actors of a timekeeper. By their unique design, they contribute to this fundamental idea of bringing together elements from different eras to build a modern watch. Somehow a dauphine hand combined to a 19th-century hand. A unique blended design conceived to be able to play with ancestral techniques, such as bevelling, black polish and 'berçage'. Hands made by human hands.