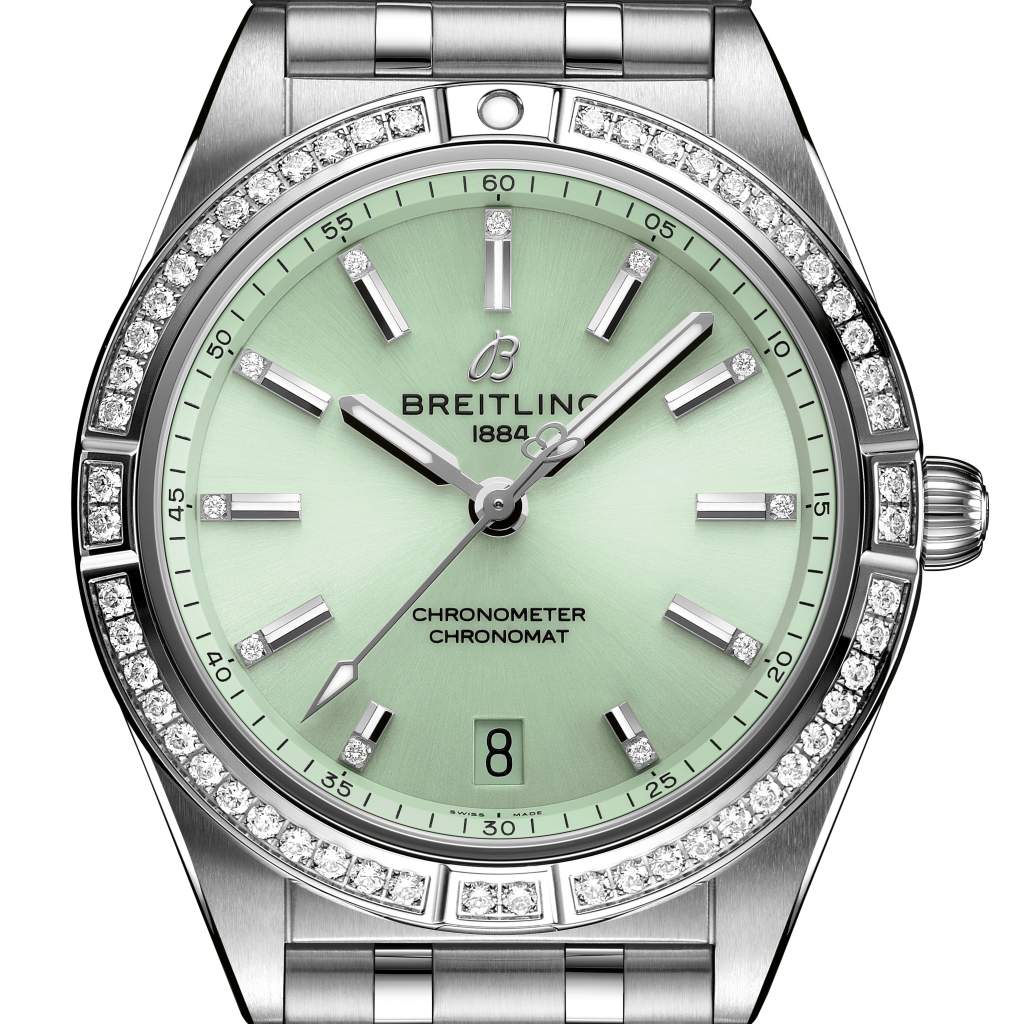 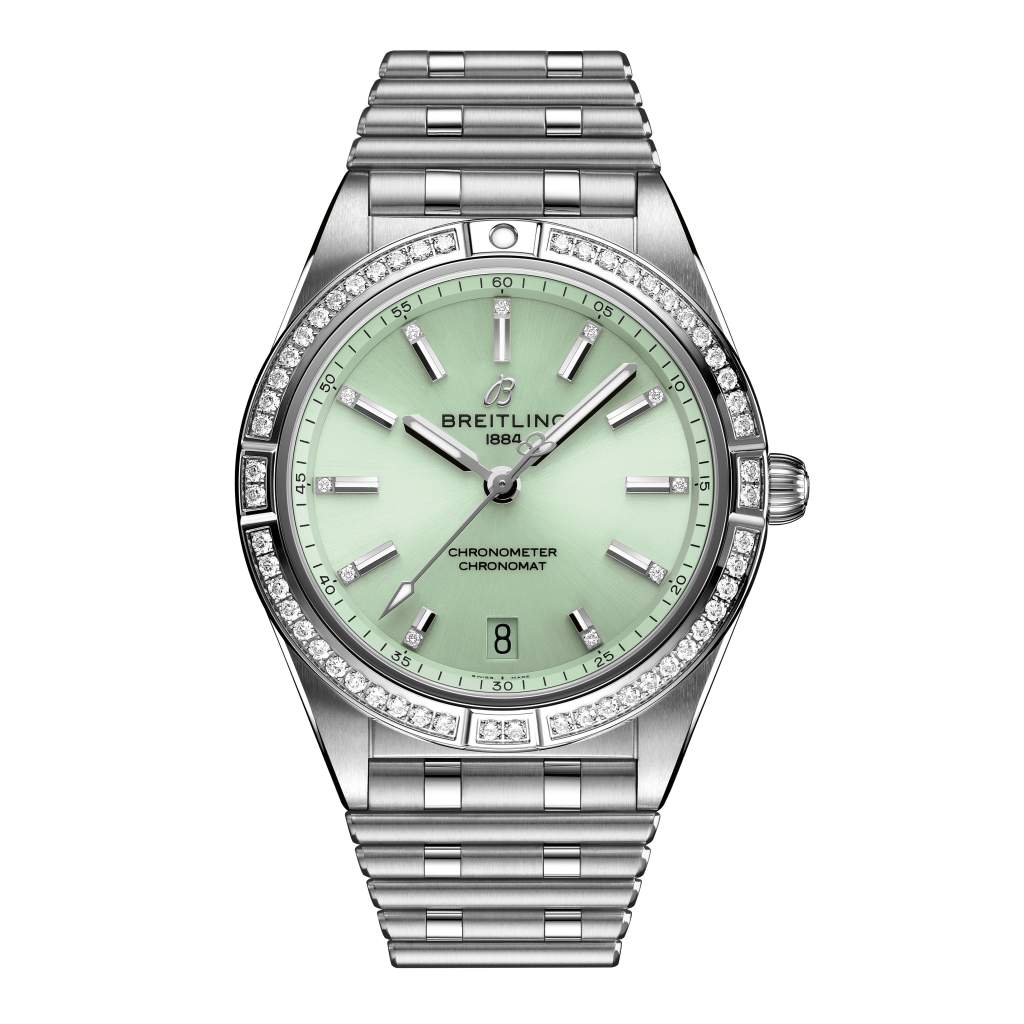 IN THE SPOTLIGHT: BREITLING’S CHRONOMAT FOR WOMEN

Lights, camera, double debut: we’re thrilled to present Breitling’s new Spotlight Squad as we launch our line of Chronomat 36 and 32 watches – for women of purpose, action, and style.

“Our inspiration for this new collection is the Breitling woman herself, as represented in our #SQUADONAMISSION campaign: a woman of purpose, action, and style who’s at the top of her game,” says Breitling CEO Georges Kern.

Some people have mastered the art of not only shining in the spotlight, but also shining their light on others and inspiring change in the world. Three of them are on our Spotlight Squad: Charlize Theron, Misty Copeland, and Yao Chen. These extraordinary entertainers are at the top of their game, and have shattered the stereo­types clinging to their gender and respective fields.

Originally from South Africa, Oscar-winner Charlize Theron has proven her versatility in numerous roles and genres. In 2004, she won the Academy Award for Best Actress after playing a serial killer in Monster. In 2019, she starred in and co-produced the drama Bombshell, for which she was nominated for another Academy Award.

Chinese TV and film actress Yao Chen has won many awards, including the Audience Choice category of China’s Golden Eagle Award (2010) and Best Actress at the Busan International Film Festival (2016, Asian Content). In 2019, she won the Golden Mulberry Award for Lifetime Achievement at the Far East Film Festival.

A Passion for More

In addition to excelling on screen and on stage, these three are not afraid to take control of their own story­lines while trying to improve the lives of others. Indeed, they form a tenacious squad of women who stand up for their beliefs and the issues closest to their hearts.

Breitling CEO Georges Kern adds: “Who better than Charlize Theron, Misty Copeland, and Yao Chen to turn the spotlight on major global causes as they redefine what it means to be a strong woman? Three leading stars known for being fierce and pushing boundaries. What binds them together is the Spotlight Squad and Breitling’s dedication to change, diversity, and reshaping the world we live in.”

“And now – dedicated to women – the new Chronomat 36 and 32 collection embodies flair, confidence, and an active lifestyle.”

Ready for any Mission

With its commitment to core values and innovation, Breitling is also about pushing boundaries, whether it is high above the clouds, on the ground, or deep below the ocean waves. As versatile and attractive as the Spotlight Squad, its latest collection – the Chronomat 36 and 32 series – takes women wherever they want to go.

Breitling’s first-ever Chronomat designed for women is suitable for any mission. While its roots are in the 1980s, this forward-looking timepiece is dedicated to innovative women of today who are reshaping attitudes and challenging stereotypes.

Sporty yet elegant, this modern-retro-inspired watch easily takes its wearer from business meeting to the beach – and everywhere in between. It symbolizes competence and effortless style.

Everyday Luxury in Two Sizes and many Faces

The stunning watches in the Chronomat for Women range feature Breitling’s iconic Rouleaux bracelet with a butterfly clasp, which is as robust as it is elegant. Like all Breitling watches, the chronometers are COSC-­certified – an independent confirmation of their Swiss precision. Swimmers, surfers, divers, and even bathtub mermaids will appreciate their 100-meter water resistance.

In terms of finish, these timepieces are nearly as diverse as the women on the Spotlight Squad. Along with the choice of sizes (36 mm Automatic and 32 mm SuperQuartz™), they are also available in an array of metal cases: cool stainless steel, goes-with-everything bicolor, or luxe 18 k red gold. Women craving extra sparkle can opt for diamond-set bezels and indexes.

The Chronomat Automatic 36 is powered by the Breitling Caliber 10 with a reserve of about 42 hours. There are ten versions to choose from, with special lacquered dials in white, pale green, midnight blue, or copper.

The Chronomat 32 runs on the Breitling Caliber 77 and has a battery life of three to four years. It comes in seven versions, with white or midnight blue dials.

A Nod to Tradition

Since the 1940s, Breitling has created a variety of dedicated women’s models. There was the delicate ladies’ TransOcean, called the “most wonderful expression of Breitling precision” back in 1957. The Lady J made a bold statement in the 1990s. Then the Galactic brought a “blend of refined luxury and uncompromising technical sophistication” in 2010. More recent women’s timepieces include the iconic Navitimer 35 and 38 and the sporty Superocean 36.

The original 1984 Chronomat helped signal a rebirth of the Swiss watch industry, and it has inspired many more timepieces over the past four decades – including women’s models.

Today, the modern-retro watches of the Chronomat 36 and 32 collection shine the spotlight on confident and versatile women.

Shining the Spotlight on Causes Close to Their Hearts

Charlize Theron stands out for her work to promote peace as well as women’s and LGBTQIA rights. In 2007, she founded her charity, the Charlize Theron Africa Outreach Project, to support African youth in the fight against HIV/AIDS. In 2020, her charity helped launch Together for Her, a global campaign against domestic violence during COVID-19. Theron has been a UN Messenger of Peace since 2009.

Misty Copeland has been devoted to diversity, equity, and inclusion in classical ballet throughout her career. She is an ambassador to the Boys & Girls Clubs of America, of which she is also a National Hall of Fame alumna, as well as MindLeaps, which uses dance to help youth in post-conflict countries like Rwanda. In 2020, she partnered with the Entertainment Industry Foundation to launch #SwansForRelief, which helps ballet dancers around the world cope with unemployment during the pandemic.

Yao Chen leverages her popularity to help those who live in disadvantaged areas of China and to raise awareness of the plight of refugees worldwide. As an actress with a public profile and a large social media presence, she uses her influence to draw more attention to the rights and interests of women and children. As a UNHCR Goodwill Ambassador, she has raised significant funds for refugees in Asia. In 2016, she was selected as one of the Young Global Leaders by the World Economic Forum.