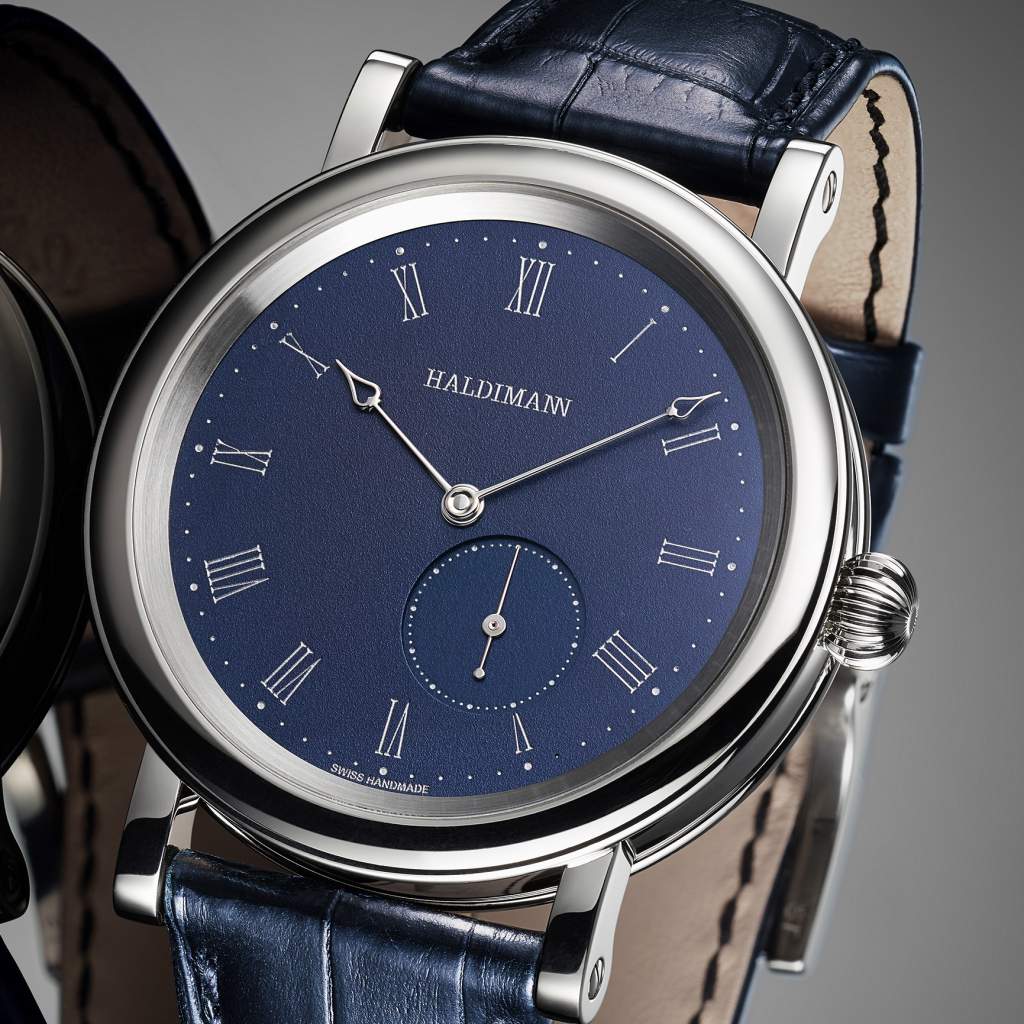 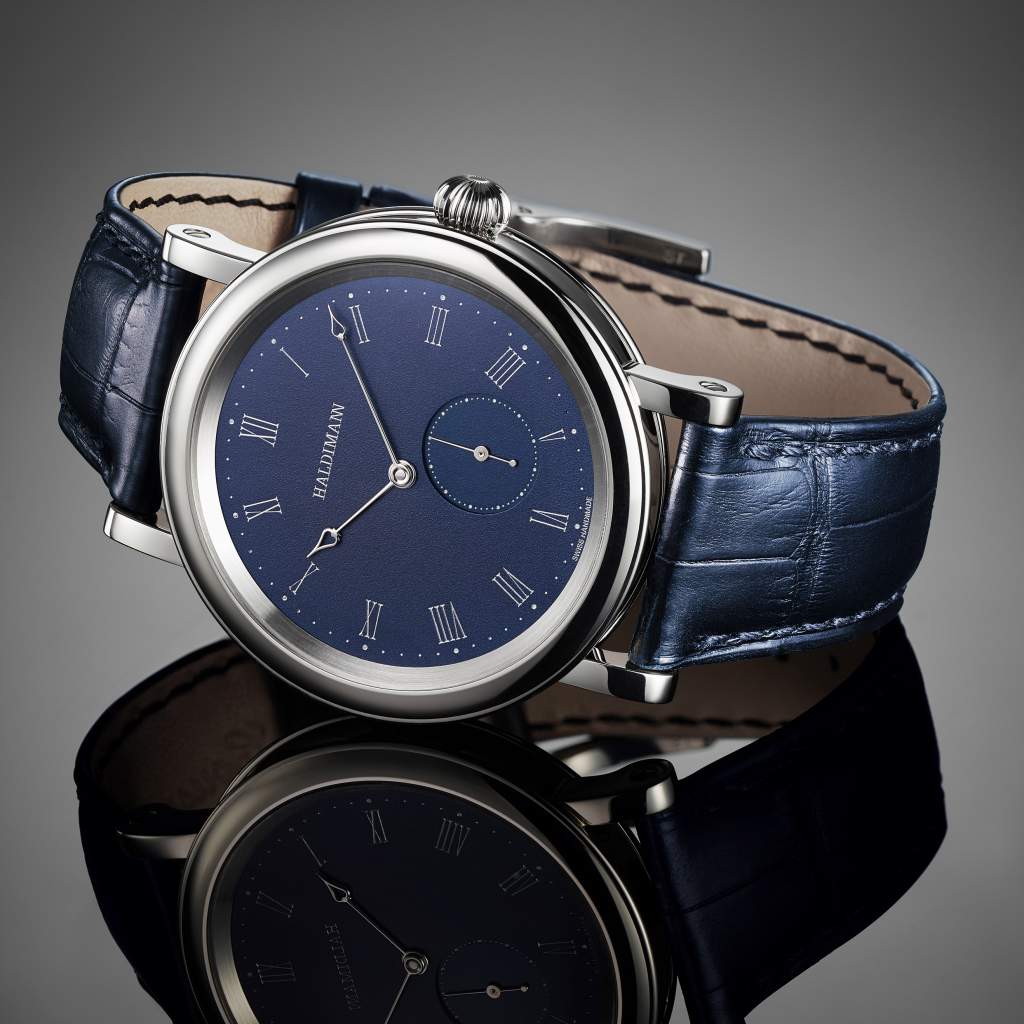 Beat Haldimann is a man of tradition. A watchmaking tradition dating back to father and son  Ulrich and Hans Haldimann who opened their watchmaking workshops in Horben, Switzerland in 1642.

However, Beat Haldimann does not wish to continuously repeat the past but to use the beauty of the hand craft, using traditional tools but with a resolutely contemporary philosophy: a potent mix of pure designs and spectacular mechanics.

18 ears have gone by since the presentation of Haldimann’s first clock the H104, and within these 18 years all his timepieces have been conceived and manufactured in Haldimann’s own ateliers on the shores of the Lake of Thun, and never using CNC machines but a lot of painstaking hand work.

This year sees the introduction of the H11 and H12 in steel, a metal never used before by Haldimann with a superb rich deep blue dial.

The H11 and H12 are available in Beat Haldimann’s preferred diameter of 39mm but are also available upon special order in a 42mm case.

The surprising sheen and grené effect of the dial is obtained by using a silver base on which the indexes and logo are first engraved and filled with lacquer. The frosted finish is then obtained by hand applying a silver powder on the dial, a daunting and painstaking task requiring skill, expertise and talent.

The hands found on the H11 and H12 are also hand finished and inspired by a pocketwatch from Haldimann Frères from 1790.

The serene dial is a beautiful study in monochrome, turn the watch to reveal the movement and you will find a seductive technical challenge: the balance's central location in the movement. Not only is this a visually arresting element but the technical feat of having centrally mounted hands.

The Haldimann Calibers H11 and H12 have been fully developed, finished and assembled by hand within the Haldimann workshops in Thun, all with the use of dexterous hands and no CNC machines.

All movements also feature hand finished frosted plates mirroring the finish of the dials.
Beat Haldimann believes that his watches are testimonies of an era and as such he offers something no other artisan or brand offers: a life long complimentary servicing of his timepieces!