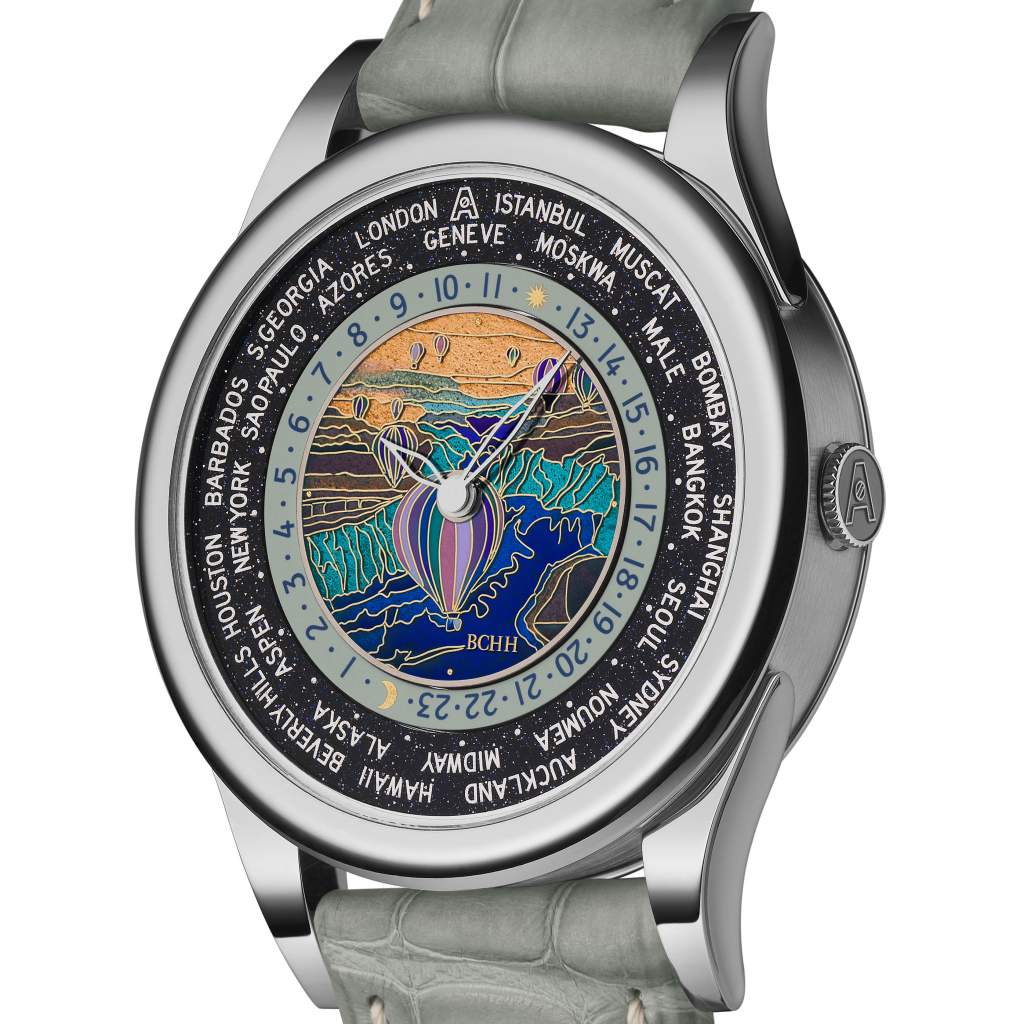 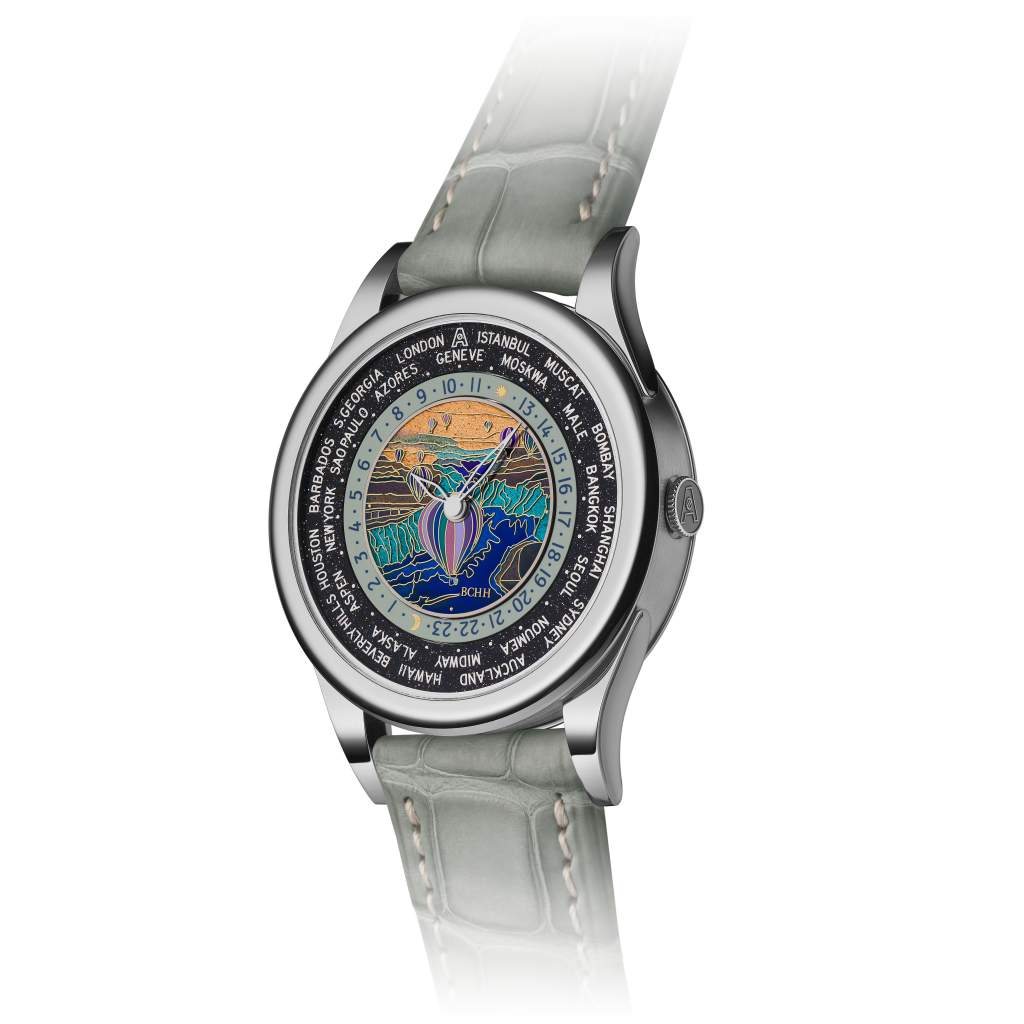 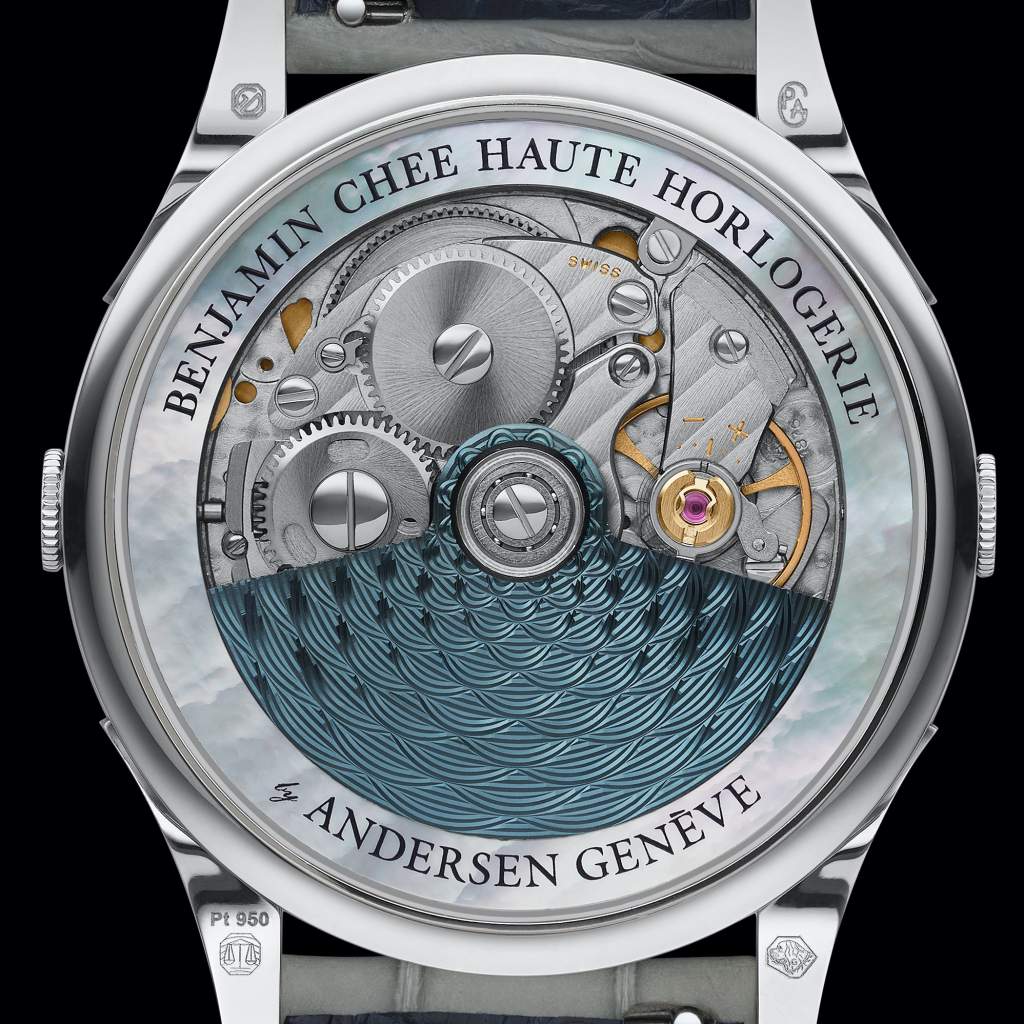 BCHH was born out of a personal dream to combine traditional handmade Haute Horlogerie with artisans from other fields of classical high craftsmanship, to revive and improve upon ancient techniques once almost extinct, and in doing so, to create the finest watches in the world.

The mission of BCHH is also to accomplish Benjamin Chee’s profound wish to put his home country Singapore on the map of Haute Horlogerie not just as a consumer, but also as a creator. To combine Singaporean excellence with traditional Swiss watchmaking of the highest calibre.

The BCHH Celestial Voyager was conceived and manufactured in collaboration with AHCI co-founder and master watchmaker Svend Andersen in his Atelier ANDERSEN Genève, combining the high craftsmanship arts of cloisonné enameling and engine-turned guillochage, with the classical Louis Cottier-inspired world time complication as well as numerous artisanal characteristics of Haute Horlogerie in movement and case finishing.

The watch is produced in a limited edition of 7 pieces, each with a unique dial.

The “Sunset over Cappadocia” dial evokes the elegance and romance of travel, depicting hot air balloons soaring over the ethereal evening landscape of Cappadocia in Turkey.

The watch is remarkable for remaining a svelte 10.1mm thin while encompassing a three layered dial comprising a cloisonné enamel dial centre, aventurine city ring and 24 hour ring, as well as a mother of pearl caseback ring, not to mention the world time complication itself.

Since 1980, ANDERSEN Genève has produced five editions of watches, along with some unique pieces, with the world time complication. In all, less than 1500 watches have been delivered by ANDERSEN Genève worldwide over the past 41 years.

Cottier had earlier developed this complication in 1930, and first introduced it on a wristwatch in 1950.

The five editions of world time watches are -

Flowing from this illustrious bloodline, the BCHH Celestial Voyager is made with details and inspiration from all five editions. Firstly, the world time module was designed in the 1980s for the Communication and constantly upgraded. The engine-turned guilloché main rotor in ANDERSEN’s characteristic 21K BlueGold is drawn from the Tempus Terrae. The 1884 inspires the perfect colour for the Celestial Voyager’s 24 hour ring. And from the Mundus, the thinnest world time watch in history, flows the elegance of having two symmetrical crowns at 3 and 9 o’ clock and the overall emphasis on svelteness. Both the Mundus and the Celestial Voyager have been cased exclusively in platinium, reflecting their shared lineage as horological royalty.

Building upon its blue blooded ancestry, the Celestial Voyager features a stunning aventurine city ring with shining gold particles, the first ever use of aventurine on a world time watch in history, combined with a magnificent cloisonné enamel dial.

The dial, a masterpiece in itself, is handcrafted in La Chaux-de-Fonds with great patience and skill by forming thin gold wire by hand into the shapes that create the desired image, on a solid gold base just 18mm in diameter. The colours are then individually filled in by minuscule brushes, and then the dial is fired in an oven over twenty times, with each firing potentially destroying the dial and requiring the master enameller to start again from scratch.

The awe-inspiring artistic dial and superlative movement are encased in a majestic case with separately-soldered flowing “oreilles de cochon” lugs, as Svend Andersen affectionately named them. The overall case leverages the characteristic of the harmoniously graceful BCHH design language, with alternating polished and brushed finishing executed by hand.

Extensive finishing work has been done on the movement with special polishing of the wheels, screws and even teeth of the ratchet wheel. Delicate anglage and Geneva stripes add the final outstanding coup de grace to the Celestial Voyager’s beating heart.

The ratchet and crown wheels are all hand-chamfered, mirror-polished and all visible surfaces of the wheels are adorned with snailing and circular-graining.

The wheels of the self-winding mechanism are rhodium-plated with snailing.

The screws are also polished and refined, as well as the plate of the self-winding mechanism and pawl.

The BlueGold rotor reflects the lineage of ANDERSEN Genève, which has been their signature flourish mastered over decades. To produce it, gold is heated in an oven and gradually turns blue, with no two rotors being identical. The traditional engine-turned guilloché main “scale motive” applied to it further adds to the artisanal craftsmanship aspect of the Celestial Voyager.

The watch’s two symmetrical crowns echo the ancestry of the third ANDERSEN Genève world time, the Mundus. They are extremely thin in the pursuit of elegance, yet still tactile given their width. The left crown, bearing the BCHH Seal, adjusts the city ring, while the right crown, engraved with the ANDERSEN logo, adjusts the time.

Given the highly bespoke nature of the BCHH brand and its rarefied production numbers, practically every aspect of the Celestial Voyager may be customised. From the city names on the ring, to the enamel dial image and the guilloché pattern on the rotor, each Celestial Voyager will stand unique in the entire world.

Absolutely no compromise is made on the quality of craftsmanship of the Celestial Voyager, given the unyieldingly high standards of both BCHH and ANDERSEN Genève. One hundred percent of the watch, and every component, is produced in Switzerland, whether in the ANDERSEN atelier in Geneva or Neuchatel, with the cloisonné enamel dial handcrafted in La Chaux-de-Fonds.