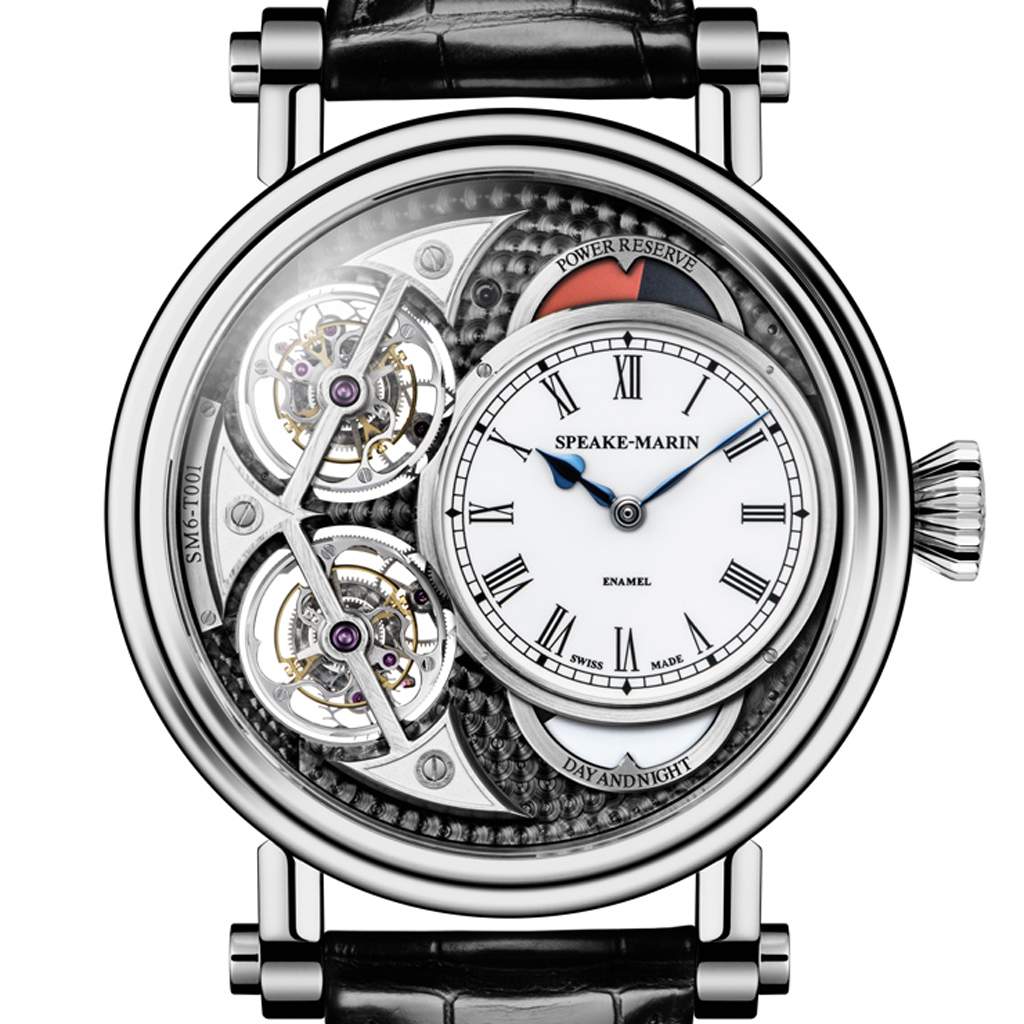 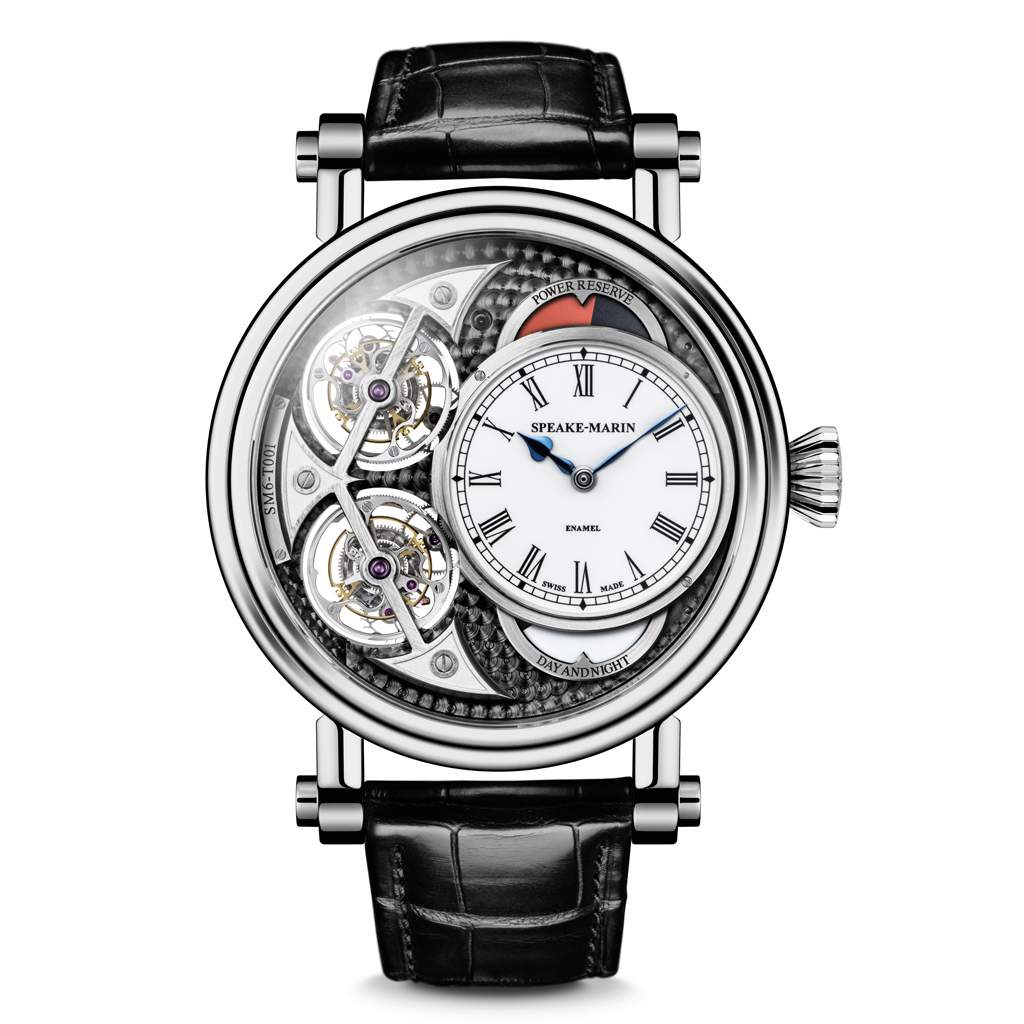 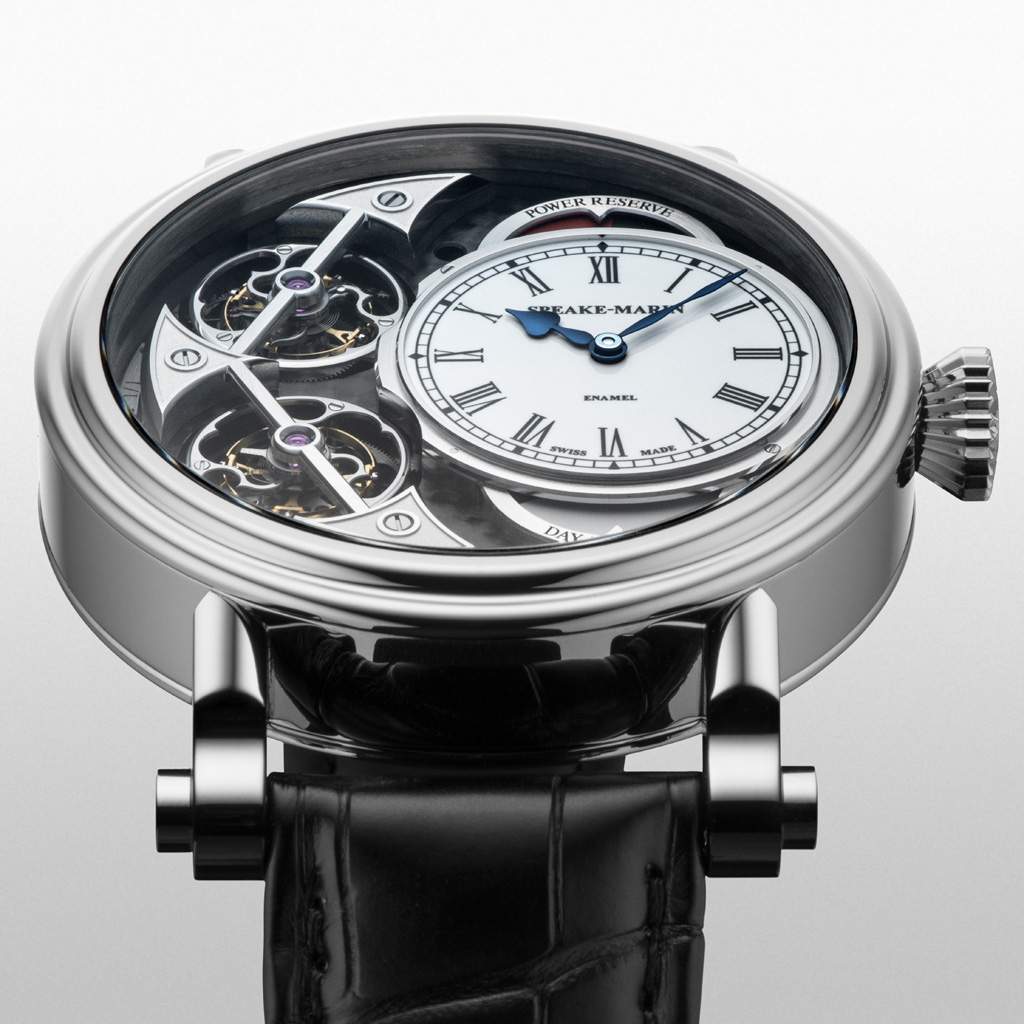 The tourbillon has played an important role in the story of Speake-Marin. The first timepiece ever to bear the Speake-Marin name was the Foundation Watch, a hand-made pocket watch that Peter Speake-Marin equipped with a tourbillon.
Peter Speake-Marin recognises the tourbillon’s capacity to improve timekeeping accuracy by averaging out positional errors due to gravity. However, it is the visual aspect of this mesmerising escapement that always draws him to it.

“The tourbillon is one of the things that I love most about watchmaking,” he says. “Not because of the precision it gives to the timekeeping, but because of the animation it gives to the dial. It shows time moving in a way that a minute-repeater or a grande sonnerie, for example, can’t offer. It’s something which, for me, is quite profound, illustrating the passing of time.”

A tour of the dial side begins with the oven-fired enamel subdial with the hours and minutes displayed by Speake-Marin's signature Foundation hands in heat blued steel. Just above the subdial is a 72-hour power reserve indicator displaying available power by means of a cam- shaped disc that opens when fully wound to reveal the gears and mechanisms below, and gradually closes and signals empty when a red section of the disc reaches the central marker Under the subdial is a day/night indicator visually balancing the power reserve indicator above.

However, it is the synchronised pirouettes of the twin tourbillons vertically aligned on the left that quickly attracts the viewer's gaze and grips it tightly. A single massive bridge, impeccably hand finished with mirror polished internal bevels, supports the upper side of both tourbillons. Each tourbillon has its own independent gear train powered by its own mainspring barrel. The two barrels are wound simultaneously via the crown. A miniature limited-slip spring gearbox – the spring absorbs and balances any subtle variations between the two cages – called an équilibreur de marche (rate equalizer) links the two tourbillon regulators.

The proportions of the generously sized 46 mm in an 18K white gold Piccadilly case have been deliberately considered, allowing both space for a large and legible time display as well as room for the tourbillons to be fully appreciated without being crammed closely together.

For this unique piece, the mainplate was treated “all black” to reveal through a strong contrast of colours the beauty of the mechanism and of the decoration. The inspiration for the movement bridge design and decoration comes in part from one of the first tourbillons in the Speake-Marin collection: The Vintage Tourbillon Mk II. Like the Vintage Tourbillon, the Magister Vertical Double Tourbillon’s movement features German silver bridges, perlage and ruthenium plating. Geneva stripes covering the 3/4 plate movement differ from the status quo in that the waves run not in one direction but two, away from the centre of the plate.

Turning the timepiece over, the viewer is rewarded with a magnificent horological vista through the display back, which is also black guilded with contrasted engraving. The underside of the two tourbillons is open to view and a small wheel between the openings of the tourbillon cages marked "Equilibreur de Marche" takes the rate of the two independent regulators and transmits the average of their two rates to the time display.

The équilibreur de marche linking the two 60-second tourbillons consists of two concentric wheels arranged one on top of the other. A small spring sandwiched between the wheels has each end attached to a wheel. Each wheel rotates with its respective tourbillon cage and the spring between is tensioned when the rates of the two regulators differ, or if subjected to asymmetric shocks.

The Black Magister Vertical Double Tourbillon is a unique piece.