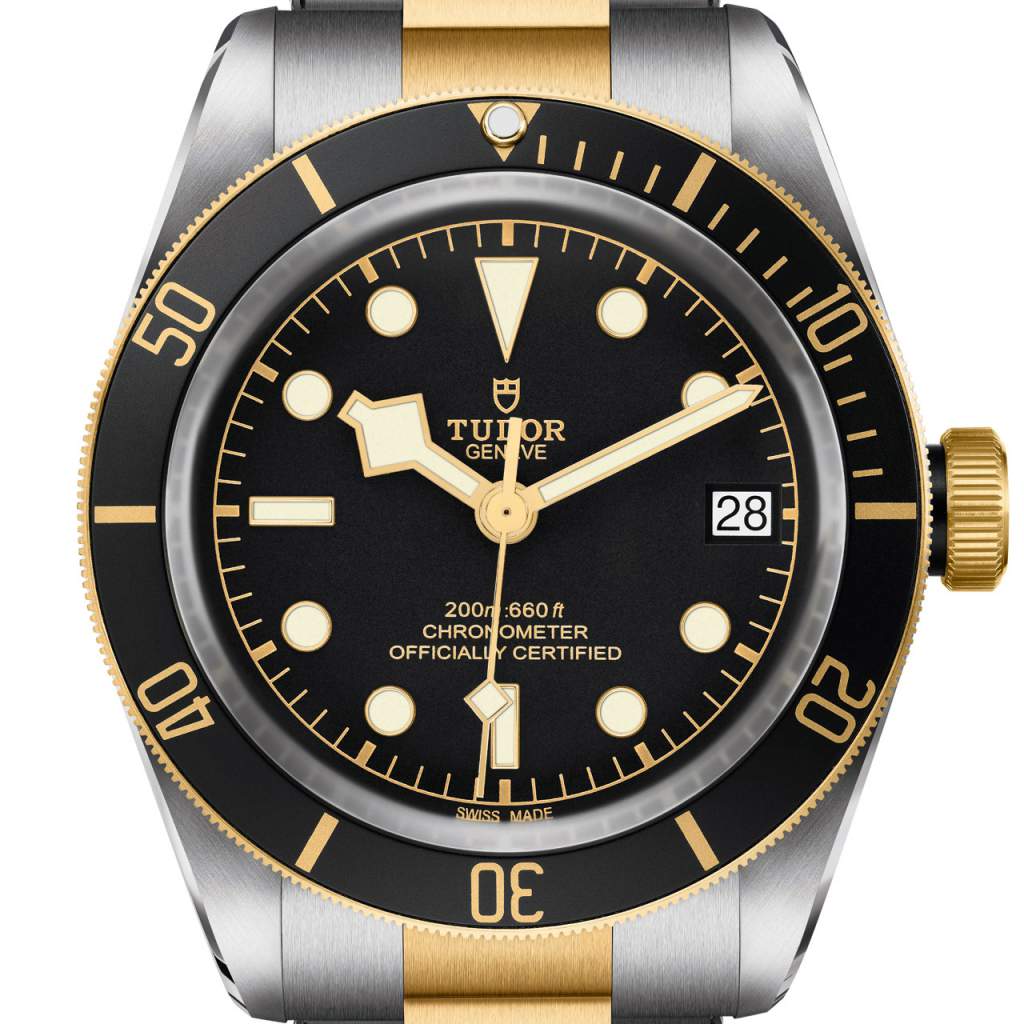 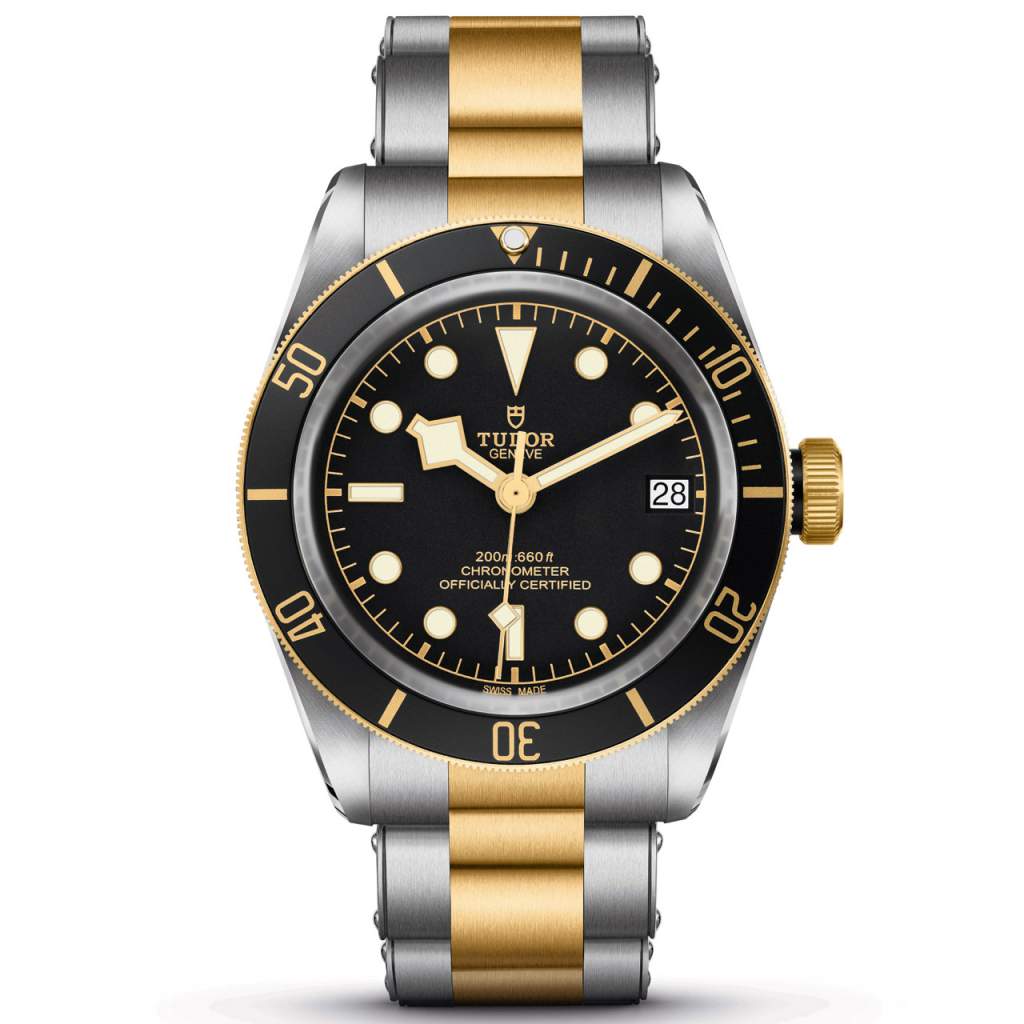 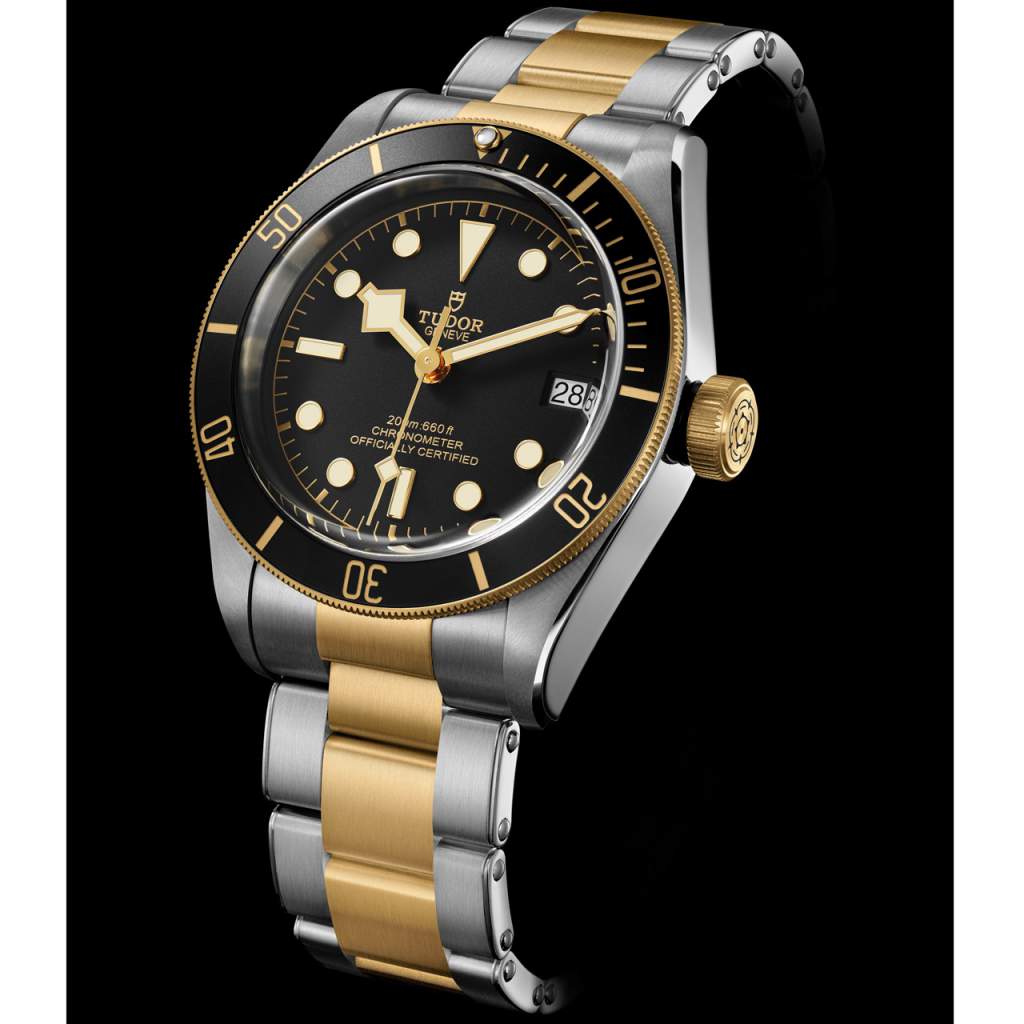 An emblematic model celebrating 60 years of TUDOR divers' watches with extraordinary craftsmanship. Enhancing the Heritage Black Bay with yellow gold creates a new version named S&G, for Steel & Gold. In this version the lines and proportions of the Black Bay are retained, while the rotating bezel and the winding crown are made from yellow gold. The steel bracelet is also dressed in this precious metal on its central link giving it a more formal feel.

This is a variation of the movement first presented by TUDOR in 2015 and has been developed for the Heritage Black Bay S&G model. A date function features for the first time in the Black Bay family, adding to the hour, minute and second functions that are a feature of all Black Bay models. A high-performance calibre of superb precision and proven robustness. With a 70-hour power reserve, a wearer can take off the watch on Friday evening and put it back on again on Monday morning without having to re-set and wind it. Beating to a frequency of 28,800 beats/hour or 4Hz, the movement is regulated by a variable inertia oscillator with silicon balance spring. This is held in place by a traversing bridge, guaranteeing its robustness. Furthermore, the movement is certified by the Swiss Official Chronometer Testing Institute (COSC).

The bracelet of the Heritage Black Bay S&G model is inspired by the folding riveted bracelets of the TUDOR watches produced in the 1950s and 1960s. These were famous for having rivet heads for attaching the links, shown on the side of the bracelet. The links also had a distinct stepped construction. These two aesthetic details are incorporated into the bracelet of the Heritage Black Bay S&G model, integrating modern manufacturing methods using solid links. Available in two designs, it also comes on a brown aged leather strap and folding clasp delivered with an additional brown fabric strap. Made using the Jacquard technique, a traditional method achieved by a 150-year-old family firm from the St-Etienne region of France, this strap is a signature feature of TUDOR’s Heritage line.