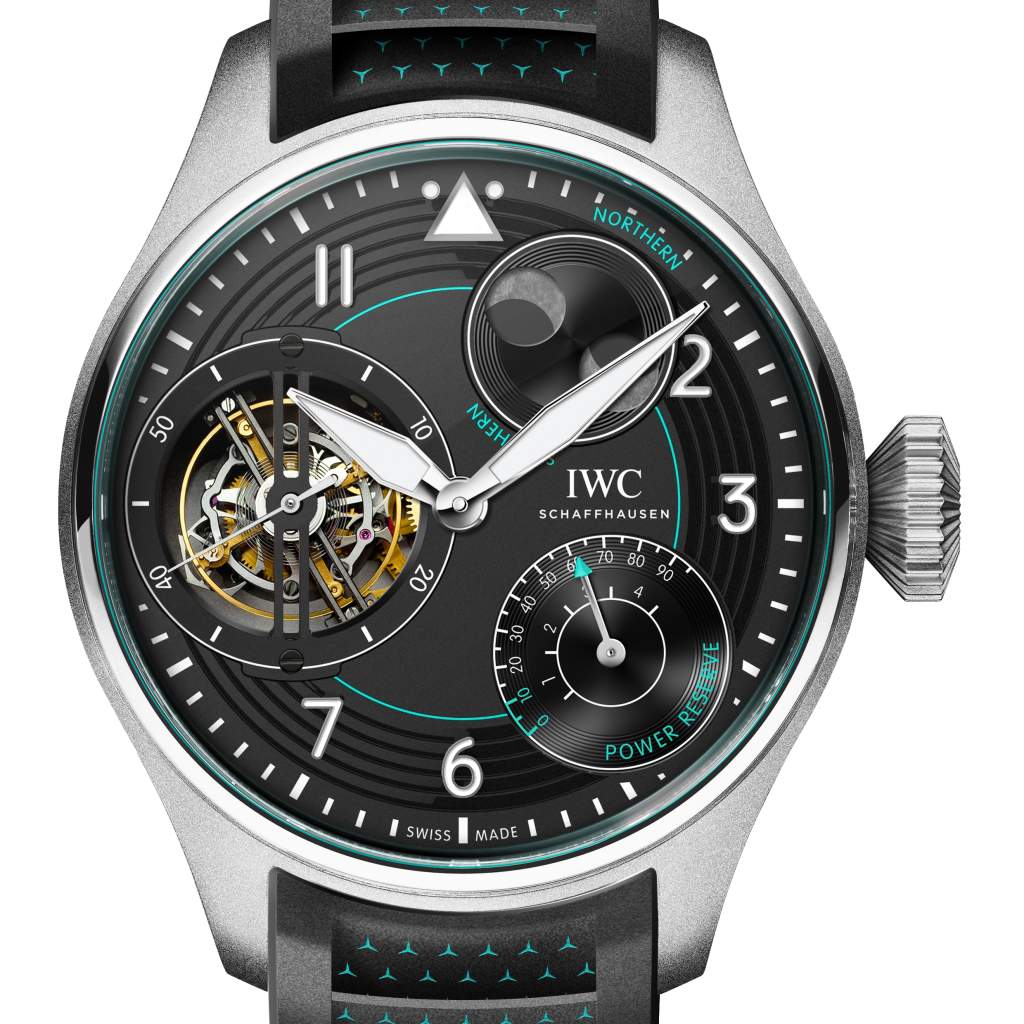 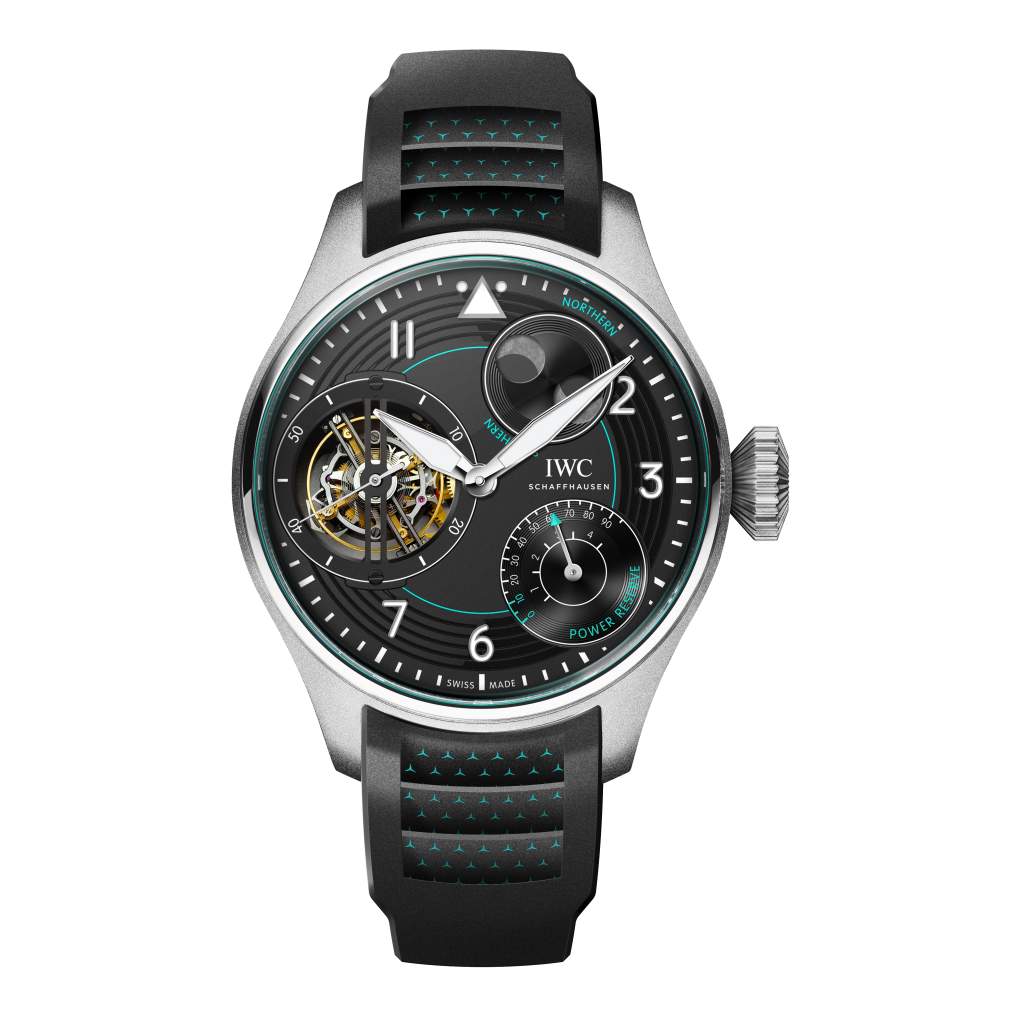 In collaboration with its partner Mercedes-AMG, IWC Schaffhausen has created the Big Pilot’s Watch Constant-Force Tourbillon Edition “AMG ONE OWNERS”. Available exclusively for future owners of the performance performance hybrid Mercedes-AMG ONE, this masterpiece of horological engineering features IWC’s patented constant-force mechanism and a case made of titanium aluminide (TiAl), an advanced high-tech material that is extremely challenging to machine. The IWC-manufactured 94800 calibre is manually wound and stores a power reserve of 96 hours in its twin barrels. The fully blackened movement is visible through the sapphire glass back. The case back is made of Ceratanium®. Based on a special titanium alloy, this IWC-developed material is as light and rigid as titanium and, at the same time, almost equally as hard and scratch-resistant as ceramic.

In addition to the constant-force tourbillon at 9 o’clock, the black dial also features a double moon phase display for the northern and southern hemispheres and a power reserve display at 4 o’clock, reminiscent of a tachometer. The louvred, ring-shaped structure of the outer dial ring takes inspiration from the air inlets that dominate the front of the Mercedes-AMG ONE.

The design also features details in Petronas green – the signature colour of the Mercedes-AMG Petronas Formula One™ team, whose plug-in hybrid technology the new car brings to the street. A thin ring in Petronas green, for example, marks the transition between the polished and sandblasted parts of the case. Details in Petronas green can also be found on the dial and on some of the movement components. The Big Pilot’s Watch Constant-Force Tourbillon Edition “AMG ONE OWNERS” is fitted with a two-tone rubber strap. Manufactured using the so-called multi-component injection moulding process, it is black on the outside and green on the inside. Numerous Mercedes stars in Petronas green are visible on the outer side of the strap.

The 94000-calibre is a hand-wound movement with two barrels, which provide the necessary energy for a number of different complications. The 94800-calibre version provides higher torque to drive the constant-force tourbillon and additionally, powers the moon phase and the power reserve displays. In the 94900 version, it provides the power needed for the astronomical module in the Portugieser Sidérale Scafusia. This extravagant timepiece features displays for sidereal and solar time, the times of sunrise and sunset, and shows the section of the night sky currently visible. In the 94200 calibre, the second barrel powers the separate wheeltrain for the discs of the digital Pallweber display for the hours and minutes.

IWC integrated a patented constant-force mechanism into a tourbillon, which ensures that the amplitude of the balance – and thus the watch’s accuracy – remain absolutely constant, initially by disconnecting the escapement from the direct flow of energy generated by the gear train. The energy is stored temporarily in a balance spring and dispensed to the escape wheel. In the process, the tension in the spring is increased once a second and the seconds hand in the tourbillon advances in one-second steps. This ensures an extremely regular and precise rate over a period of at least 48 hours. After approximately 2 days, the mechanism switches from constant-force mode to normal mode, as indicated by the one-fifth-of-a-second movements in the seconds hand.